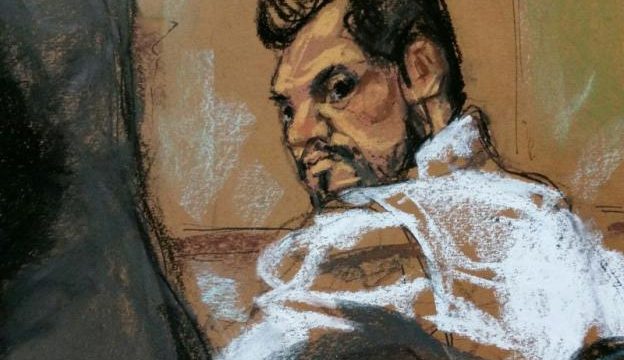 Reuters– An executive at the Turkish state-owned bank Halkbank on Thursday pleaded not guilty to charges he violated U.S. sanctions against Iran in a politically charged case that has drawn the ire of Turkey President Recep Tayyip Erdogan.

Mehmet Hakan Atilla, a deputy general manager at Halkbank, entered his plea through his lawyer at a hearing in Manhattan federal court. The lawyer, Victor Rocco, said his firm also counts the Republic of Turkey as a client, adding another potential conflict of interest to be vetted by the court.

U.S. prosecutors arrested Atilla last month, accusing him of conspiring with Turkish gold trader Reza Zarrab to conduct hundreds of millions of dollars of illegal transactions through U.S. banks on behalf of Iran’s government and other entities in Iran.

Zarrab, also present in court, submitted a not guilty plea to a superseding indictment. The dual national of Iran and Turkey had been arrested in 2013 in a corruption probe of people close to Erdogan, who was prime minister at the time.

The prosecutions of Atilla and Zarrab have raised concerns at the highest levels of Turkish power. Last month Foreign Minister Mevlut Cavusoglu called Atilla’s arrest “political”, while Erdogan has accused U.S. authorities of having “ulterior motives” in prosecuting Zarrab.

Rocco acknowledged the court would need to hold a special hearing to ensure that his firm would not “pull our punches in doing an investigation” in order to favor the Turkish government over Atilla. That hearing was tentatively set for May 18.

U.S. District Judge Richard Berman, who is overseeing the case, is already weighing possible conflicts in the defense of Zarrab, who has hired former New York City Mayor Rudolph Giuliani and former U.S. Attorney General Michael Mukasey to represent him even as several banks allegedly victimized by Zarrab are current or former clients of Giuliani and Mukasey’s law firms.

Zarrab’s attorney, Benjamin Brafman, said at a hearing last week that Giuliani and Mukasey were working on a “diplomatic solution” to the case and would not appear in court.

At one point during Thursday’s hearing Atilla passed a note to Rocco telling him not to delay the trial beyond the scheduled August start. Rocco had earlier said he needed at least until early next year to prepare.

“I understand he wants to get home to Turkey and his family,” Rocco said. “I think Mr. Atilla doesn’t understand the consequences of what he is asking.”