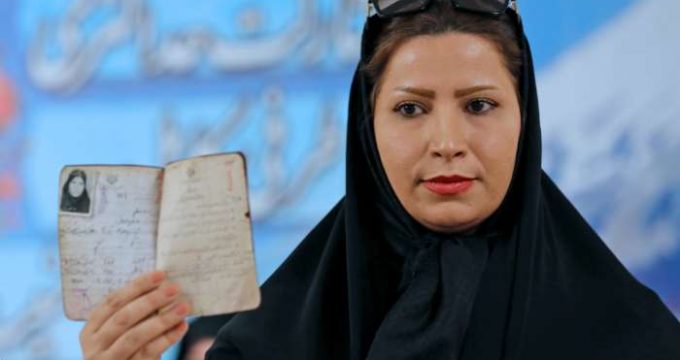 Press TV- Factions and parties in Iran’s political spectrum are gearing up to participate in the country’s 12th presidential election.

Before every election, members of different parties try to unite and come up with a suitable candidate for the race.

Iran’s elections system is not based on voting for parties and people cast their votes for single candidates.

Today, over 240 political parties exist in Iran which are mainly divided into Reformist and Principlist fronts. Other groups and individuals also participate in the political arena as moderates and independents.

It was not until late 1990s when the political title of these groups became a trend in Iran’s political literature. Before that, most of them were referred to as left or right wings.

Principlists stress on adhering to the ideals of the 1979 Islamic Revolution and want an administration which defends Islamic values.

The tenets of Principlists are based on Imam Khomeini’s political jurisprudence, which says politics and religion are inseparable and that only people who are faithful to Islamic values deserve to run the country.

In terms of foreign policy, the Principlists lay more emphasis on independence from foreign states and want authorities to pursue a more rigid approach based on the principles of the 1979 Islamic Revolution in dealing with international affairs.

When it comes to economy, the Principlists mainly believe in minimizing the government’s role to the extent mentioned in the Constitution. They are skeptical about the globalization of economy, saying that the benefits of the liberal international economy go to world powers.

The Principlists have been able to secure the majority of the seats in the parliament for years.

In 2005, they supported presidential candidate Mahmoud Ahamdinejad while holding the majority in the parliament. The same scenario repeated during the 2009 presidential election when Ahmadinejad became the president for a second term.

However, the principlists’ political ride started to diminish with Hassan Rouhani’s victory in the 2013 presidential elections. They also lost most of their parliamentary seats in 2016.

To make up for the loss, different Principlist parties and factions have decided to unite under the name of the Popular Front of Islamic Revolution Forces to introduce a single candidate for the presidential vote.

One of the crucial conditions of the coalition is that if the final candidate is elected as president, he is required to pick his cabinet members from the members of the front only.

Some of the Principlist groups have not agreed to the condition yet, including the Islamic Revolution Resistance Front, which supports former nuclear negotiator and previous presidential candidate Saeed Jalili.

Meanwhile, Ibrahim Raeesi, former prosecutor and current custodian of Astan Quds Razavi, Iran’s biggest charitable foundation, managed to secure most votes for becoming the main candidate of Principlists during the preliminary voting of the Popular Front of Islamic Revolution Forces.

The term “Reformism” started trending for another Iranian political front during the presidency of Mohammad Khatami in 1997, which was born out of the left wing following a series of changes.

The Reformists describe themselves as a political front which defends the democratic rights of the people under the Constitution and tries to solve the problems, caused by some authorities or due to some structural reasons, at a low cost in a competent way.

With regard to foreign policy, Reformists favor promotion of interactions with the international community based on Iran’s national interests.

Although many Principlists criticize Reformists for having liberal economic tendencies, the reformists themselves do not seem to have a unified economic standpoint.

While some Reformist factions favor more leftist economic plans, some others stress on free market policies.

Except during Khatami’s presidency, Reformists never got another chance at the presidency. They were able to secure parliamentary majority for one term in 2000.

The elimination of the Reformist candidate during the 2009 presidential election and the subsequent unrest led to the conviction and imprisonment of some reformist figures.

The Reformists’ strategic move to withdraw their candidate in favor of Rouhani during 2013 presidential, secured the election of the moderate candidate and their return to the executive branch.

Reformists were also able to win a considerable number of seats during the parliamentary election of 2016 and they seem to be willing to put their weight behind Rouhani again in the upcoming presidential elections.

Iran’s current administration calls itself Moderate, neither Reformist or Principlist.

The cabinet ministers of President Rouhani and the supporters of the administration, who won a significant number of seats in the 2016 parliamentary elections, mainly comprise moderate figures from both the Reformist and Principlist camps.

The incumbent moderate administration defends its performance by referring to its success in resolving Iran’s nuclear issue through the Joint Comprehensive Plan of Action (JCPOA) with the world powers and taming the country’s nearly 40-percent inflation rate to the current nine-percent level.

The Principlists, however, criticize Rouhani’s moderate administration for its failure to control economic recession and the JCPOA’s negative effect on Iran’s nuclear progress.

On April 12, former president Mahmoud Ahmadinejad and his former top aide Hamid Baghai both registered to contest the 12th round of presidential elections. Although Ahmadinejad is eligible to run for the upcoming election, he was earlier advised by Leader of Islamic Revolution Ayatollah Seyyed Ali Khamenei not to do so.

Although Ahmadinejad enjoyed the support of a considerable section of the Principlist camp for most of his both terms in power, he insists that he does not belong to any political factions.

Baghaei, who held different positions in Ahamadinejad’s administration, including vice president in charge of executive affairs, was arrested and interrogated over different corruption cases in June 2015. The court has not reached a final decision but many believe he will be disqualified by the Guardian Council as a result of his open case.

Ahmadinejad has criticized Iran’s current economic status and the current administration’s “incompetence and inefficiency” in running the country while defending the performance of his former administrations.

Critics of Ahmadinejad’s faction, criticize the former president for his economic performance which led to a nearly-40-percent inflation, his failure to resolve the country’s long-time nuclear issue and extensive restrictions in the country’s cultural and political arena.