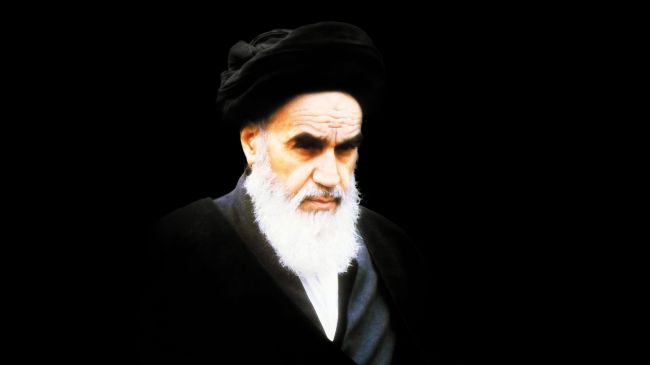 American Herald Tribune | Anastasia Fatima Ezhova: The Islamic revolution in Iran was an unprecedented and decisive event in the contemporary  humanity’s history. Foremost orientalists and analysts of different countries both in the East and in the West had to confess that this revolution turned out to be totally unpredictable for them as it didn’t correspond with all the research methodologies they used to follow while studying the Muslim world. The nature of this revolution that bore the name “Islamic” was totally vague for most of those scholars, analysts and diplomatic counselors, and many of them even denied that the term “Islamic revolution” was scientifically appropriate, trying by the way to explain it in terms of methodologies they used to follow (such as Marxist methodology and so on). This enlightened lack of understanding the essence of Islam in the wide circles of orientalists and historians.

In fact, many Islamic scholars (mujtahids) and thinkers can be called ideologists of this Revolution. Besides Imam Khomeini (ra), these are with no doubt Mortaza Motahhari (thus representing the system of hawza and traditional Shi’a institutes) and Dr. Ali Shariati, who was a secular Muslim intellectual and elaborated his own original concept of revolutionary Shi’ism. But what about practice, it was Imam Khomeini’s wholesome doctrine and interpretation of Shi’a creed which became a basis for his political revolutionary Islamic project implemented practically in 1979 when the Islamic Republic of Iran was established. It was Imam Khomeini who changed the initial trend of anti-Shah protest in Iran that carried originally mostly liberal of left-wing character.  That’s why we’ll focus mainly on his thought and theological heritage where Shi’a Islam, politics and mysticism (‘irfan) form an integral, harmonic and logical unity.As for us, Muslim research scholars, we can prove that the triumph of the revolution of 1979 and Imam Khomeini’s personal success as a leader should be explained in the terms of Islam itself, namely, by means of enlightening the essence of Islam and its revival committed by Imam Khomeini who was an outstanding Shi‘a Muslim scholar and philosopher.

While elaborating and putting into practice the revolutionary project based on Islamic teachings, Imam Khomeini relied on both traditional Islamic scholars’ support and on millions of sincere and God-loving Iranian Muslims who were always ready to defend Islam fighting and dieing for it, and to sacrifice everything on this greatest path. Of course, this devout faith, courage and relying on God despite all difficulties were among the important factors of the revolution’s success. But most of them (except God’s help that is over everything in this world) could not cause such a magnificent effect without Imam Khomeini’s leading intellectual and political role. Imam Khomeini (s) was a personality who committed a revolution not only in a social and political life of Iran and the whole region by overturning the monarchy. He also accomplished a genuine revolution in Shi‘a Islam, thus initiating a true revival in Islam as a wholesome phenomenon existing nowadays, including theology as well as politics, spiritual and intellectual life, world and regional affairs. The Islamic revolution awakened the whole Muslim world by generating new ideas and ways of understanding Islam, by changing drastically world and regional geopolitical balance thus weakening anti-Muslim forces, by inspiring the renaissance of the anti-Zionist Resistance and transmitting it to a new organizational level, by encouraging the development of scientific and educational areas and so on.

But we should always keep in mind that all these practical achievements are the mere effects of the strong and fundamental theory elaborated by Imam Khomeini (ra) who comprehended the deepest aspects of Islam and became a genuine reviver of Islam of the contemporary age. Due to this we’ll focus on Imam Khomeini’s (ra) special role in this revival, as well as in the successive re-birth of intellectual life of contemporary humanity.

Nowadays we often hear some accusations in front of Imam Khomeini the essence of which is that his political project and his interpretation of Shi’ism is not authentic to the theological heritage of Ahl al-Beyt (as) and exactly to the concept of Mahdawiyyat. Thus, the opponents of Imam Khomeini claim that only Infallibles’ (as) political power is legitimate and thus establishing Islamic state is not allowed till the return of Imam Mahdi (a). The other claim against Imam Khomeini’s doctrine is that there’s no link between Islam and politics in the outlook of Ahl al-Beyt (as) who never viewed obtaining political power as their aim by itself.

In order to clarify Imam Khomeini’s viewpoints on this account, as well as argue these arguments against his concept, we should view deeper into theological and mystical roots of his doctrine of Islamic revolution, and here we should analyze three main aspects of his project’s intellectual background: