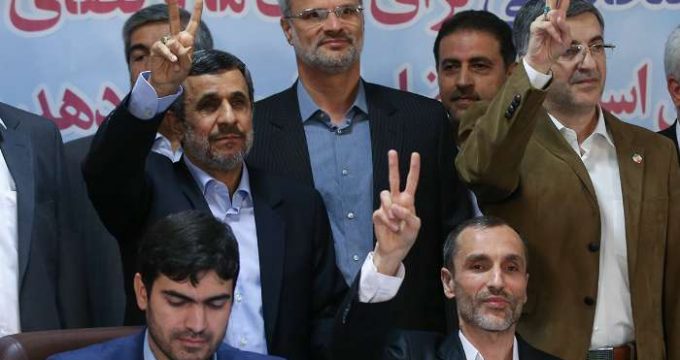 Former President Mahmoud Ahmadinejad registered for the upcoming presidential elections to be held on May 19.

The Foreign Ministry Spokesman Bahram Qasemi said on Tuesday that Foreign Minister Mohammad Javad Zarif is due to travel to the Russian capital, Moscow on Friday to attend a trilateral meeting with his Russian and Syrian counterparts.

In the first day of registration for the next presidential election in Iran to be held on May 19, 126 people put their names at the list of candidates in Interior Ministry on Tuesday.

Iranian Foreign Minister Mohammad Javad Zarif and his Italian counterpart, Angelino Alfano, in a telephone conversation discussed a range of issues, including expansion of bilateral ties between Tehran and Rome and the latest developments in the region and the world.

Iranian Ground Force Commander Brigadier General Kioumars Heidari announced that the number and range of drones used during the Ground Force’s operations across the country are increasing.

Iran arrests 2 terrorists in relation to assassination of IRGC commander

Ground Force of the Quds base of the Islamic Revolution Guards Corps said on Tuesday evening that it has arrested two terrorists involved in the assassination of its commander.

Foreign Ministry spokesman Bahram Qasemi said on Wednesday that the European Union (EU) stances in dealing with the human rights issues are failed and unproductive.

Angelino Alfano, Mahmoud Ahmadinejad, Zarif visit to Russia April 12, 2017
Putin: Trust between US & Russia degrading under Trump
This is how Iran elects a president and what he does