A Look at Iranian Newspaper Front Pages on April 10

Iran Front Page- IFP has taken a look at the front pages of Iranian newspapers on Monday and picked headlines from 16 of them. IFP has simply translated the headlines and does not vouch for their accuracy.

The top story today was the remarks made by the Leader of Islamic Revolution Ayatollah Seyyed Ali Khamenei in a meeting with top Iranian commanders and military officials.

1- Rouhani: We Should Confront Each Other in Election 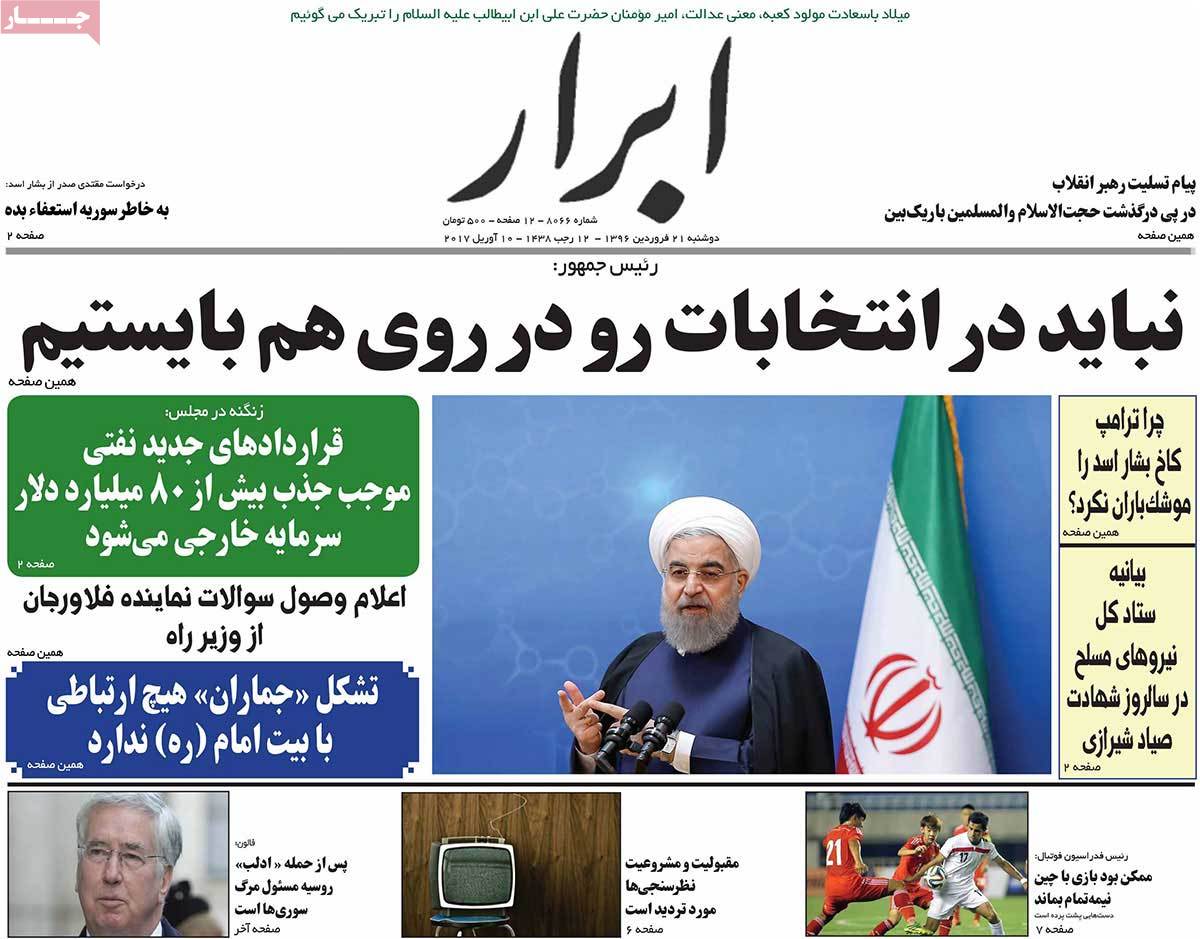 1- Ayatollah Raeisi: We Should Put End to Economic Downturn, Unemployment 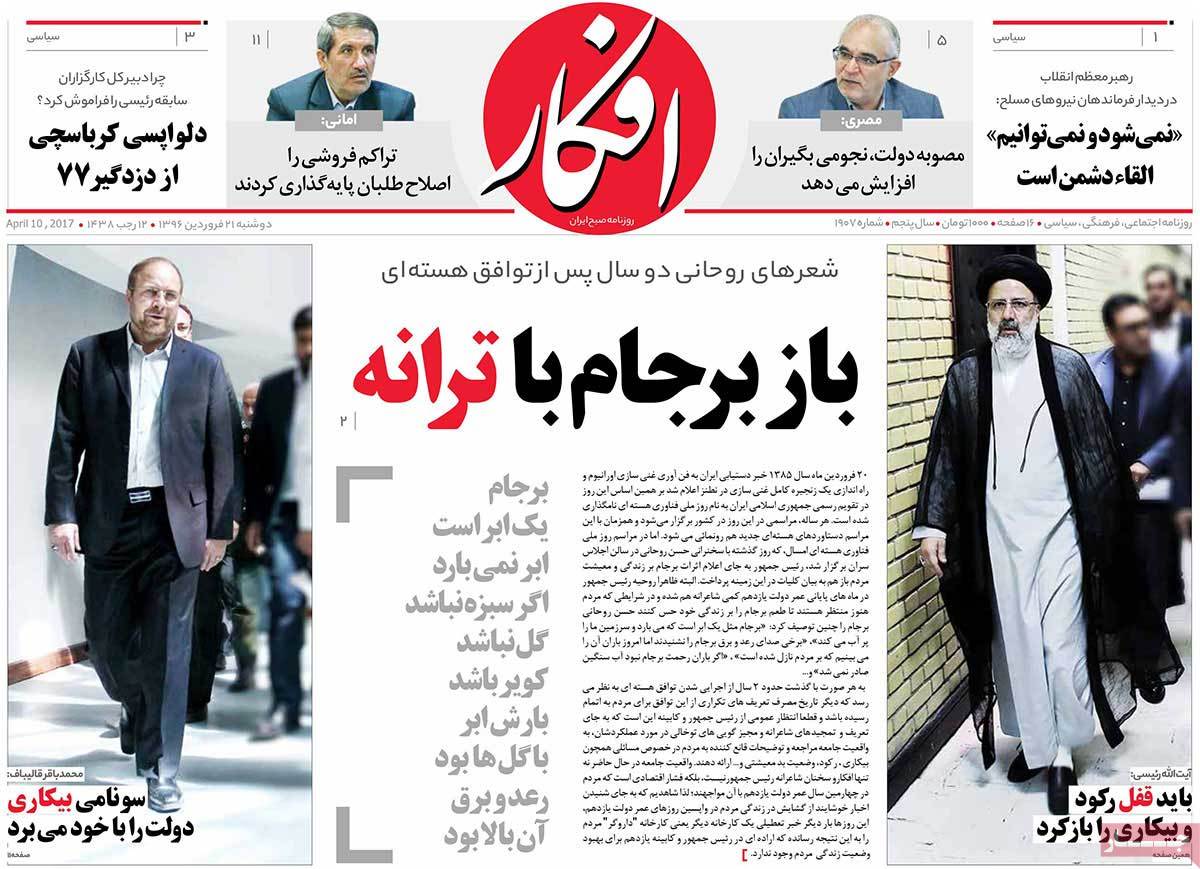 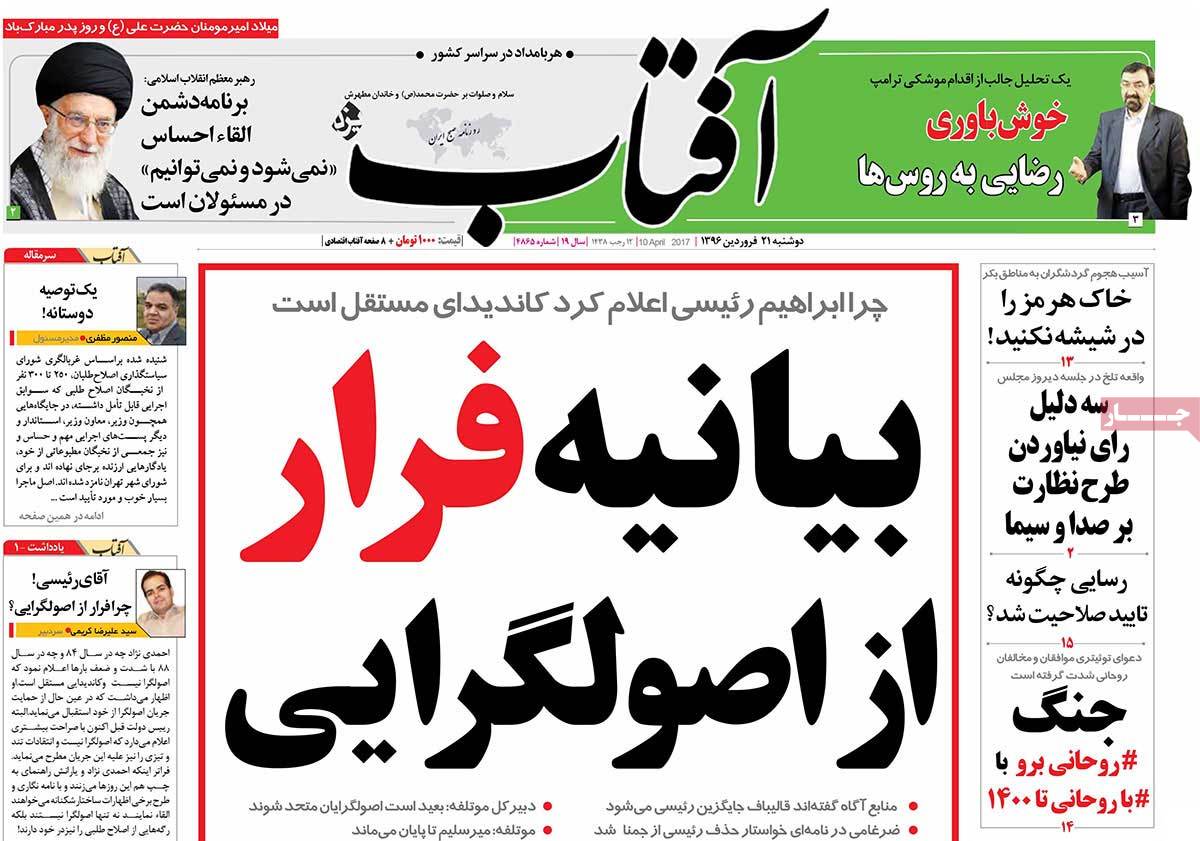 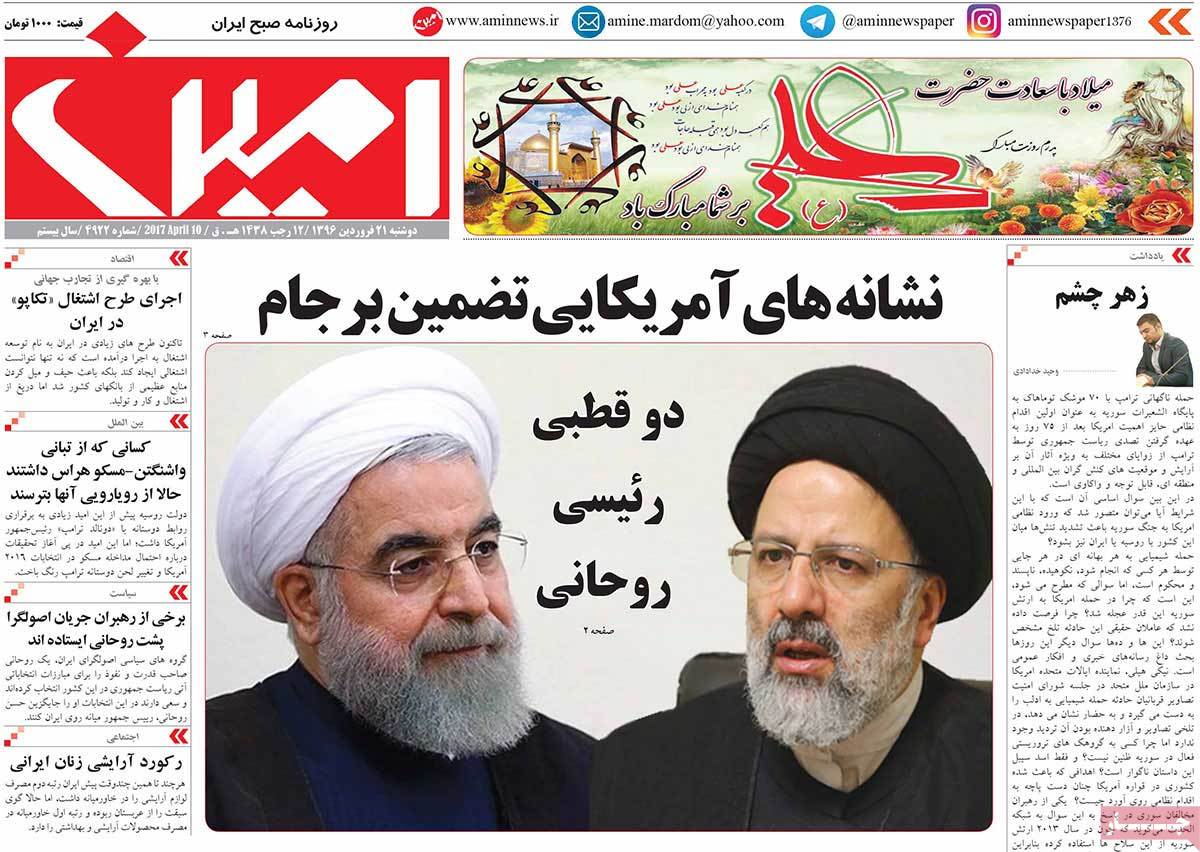 1- President: We Started Enrichment with Ayatollah Rafsanjani’s Will 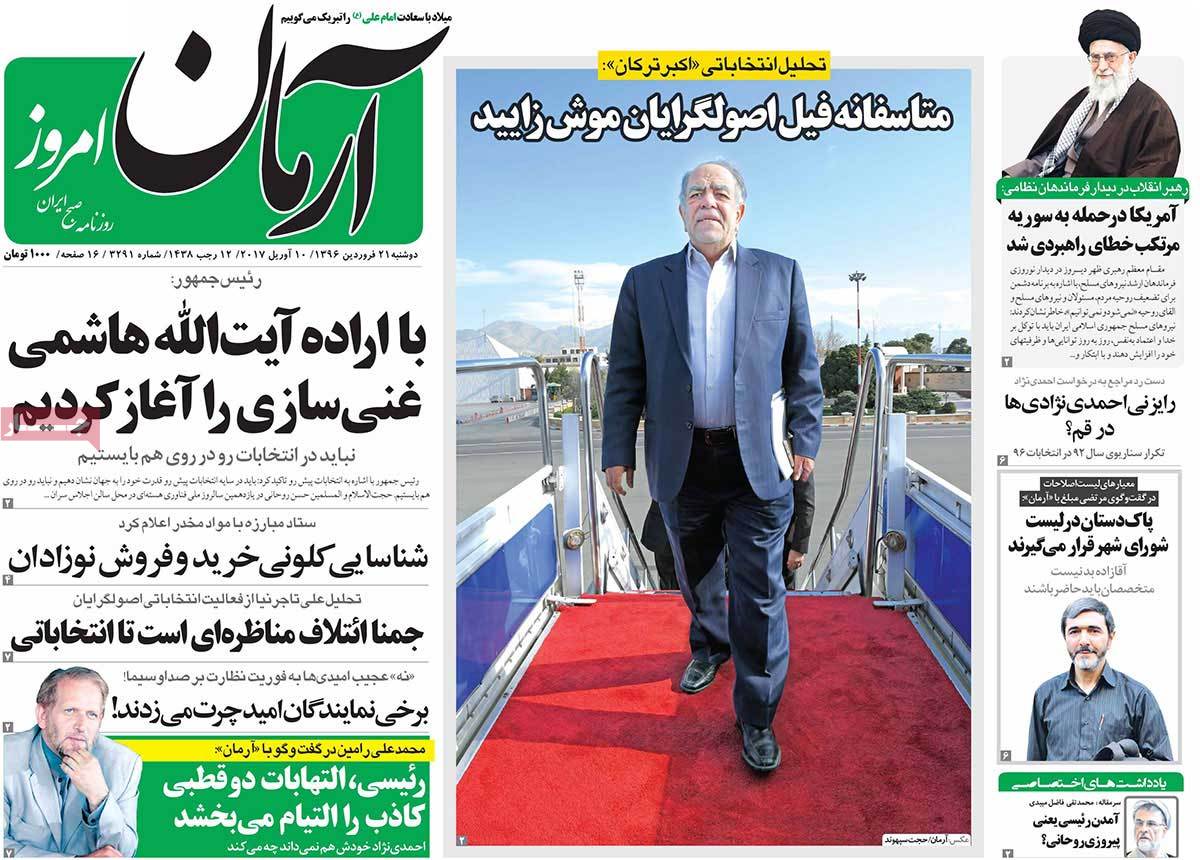 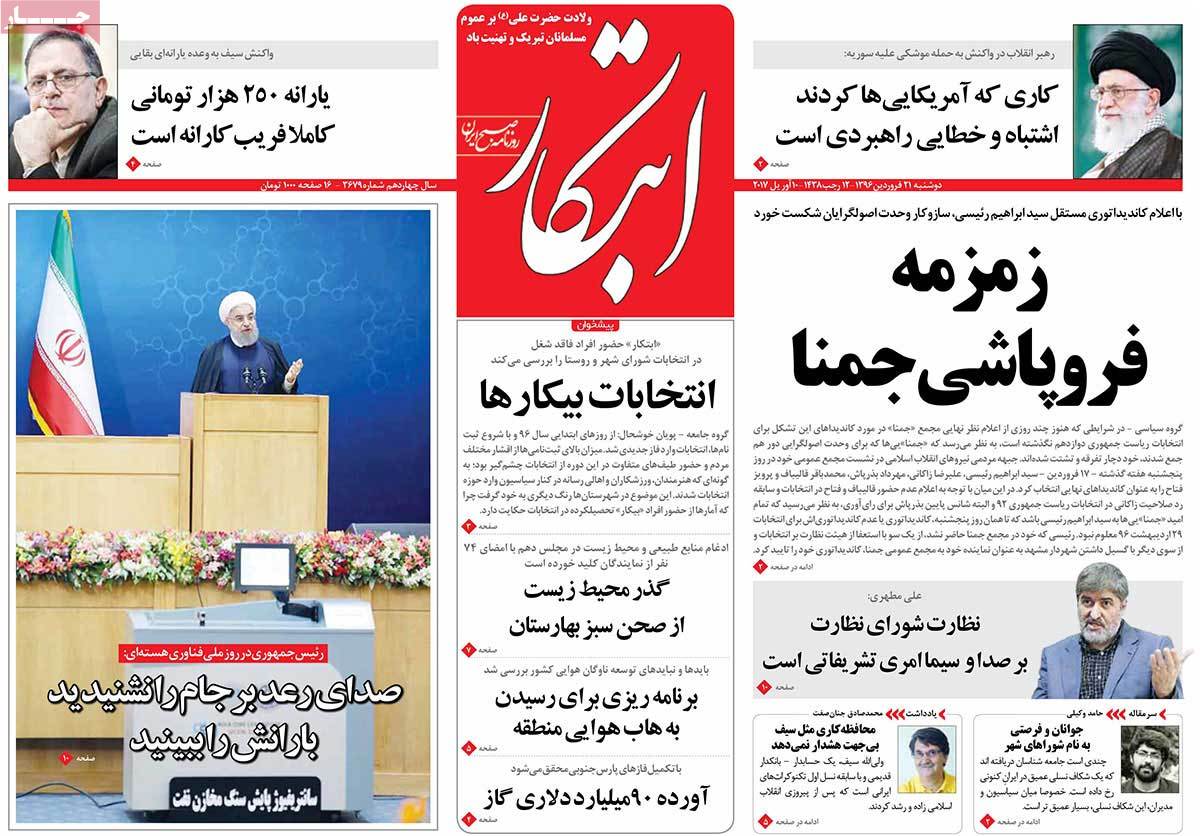 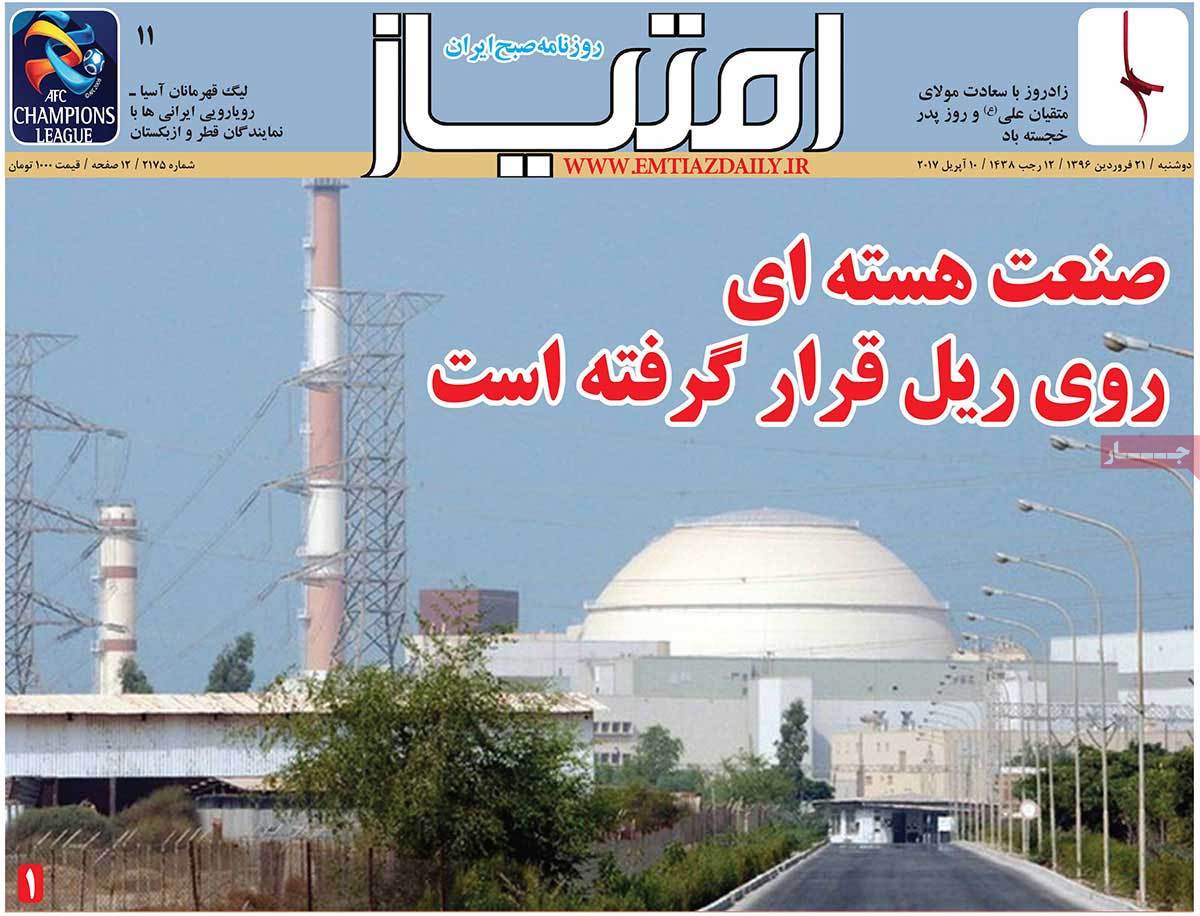 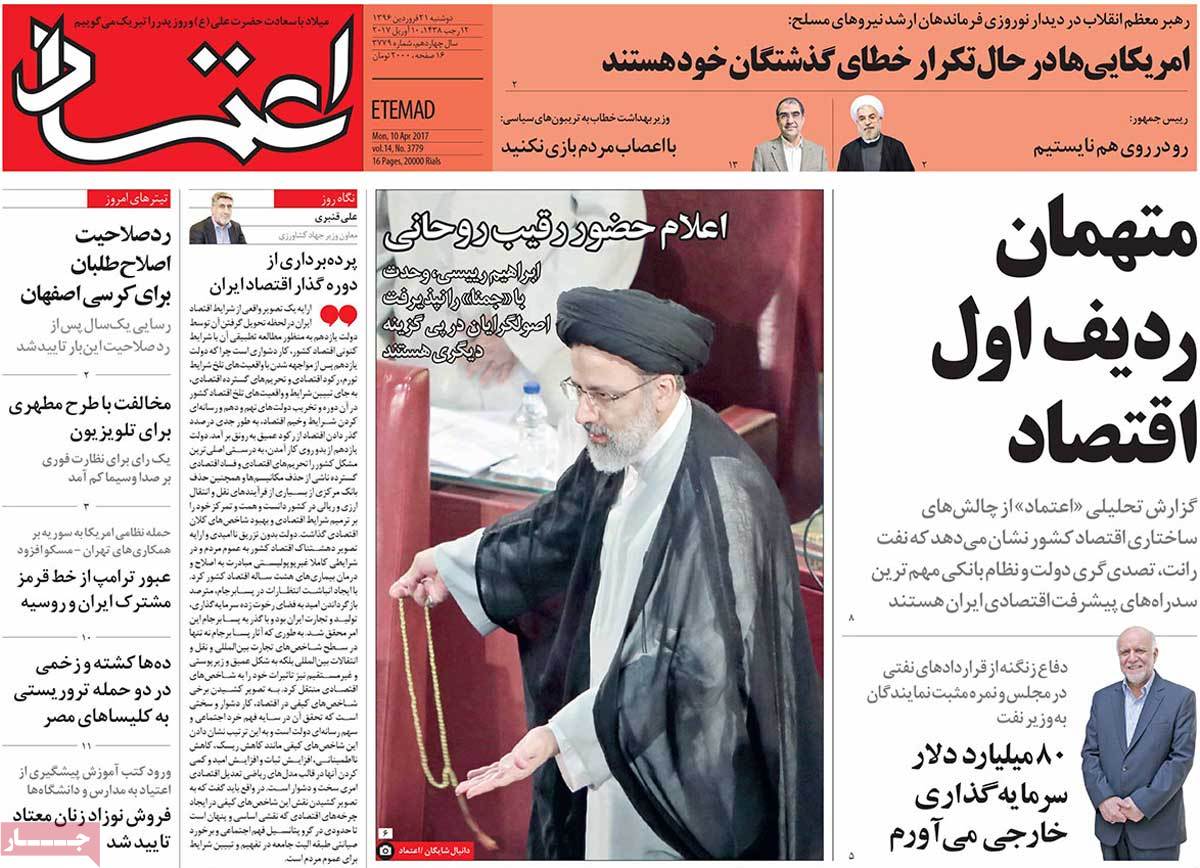 1- US Made Strategic Mistake in Syria: Iran Leader

2- Americans Will Be Gripped by Danger of ISIS, Takfiri Groups in Future: Leader 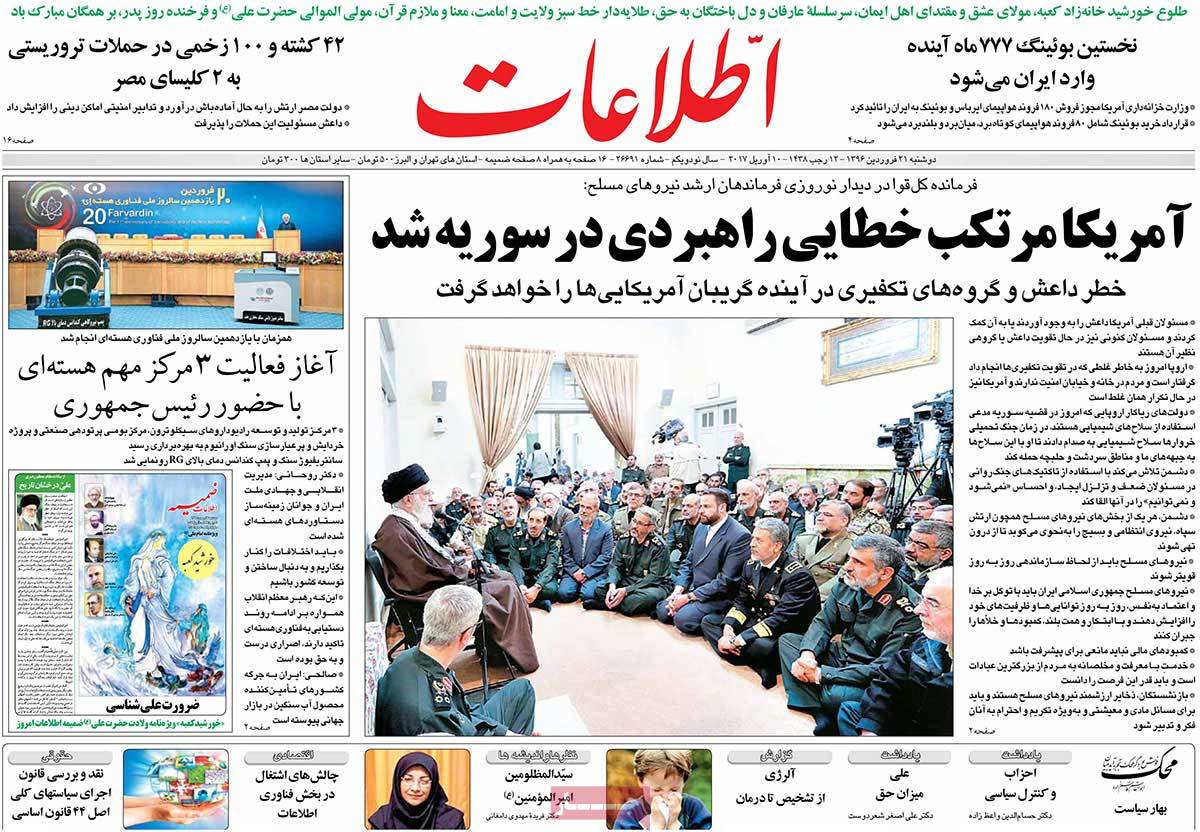 1- Countdown for Jump in Gas Production 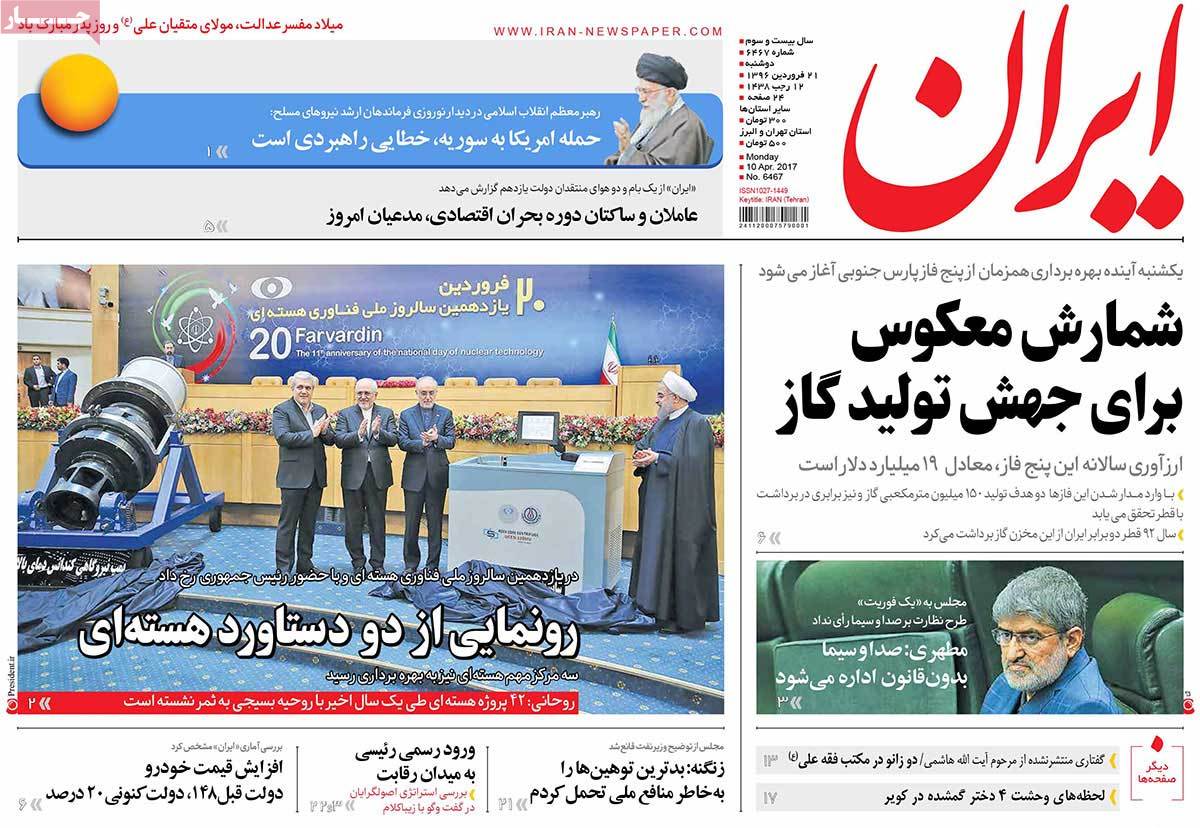 2- Chain Blasts in Land of Pharaohs 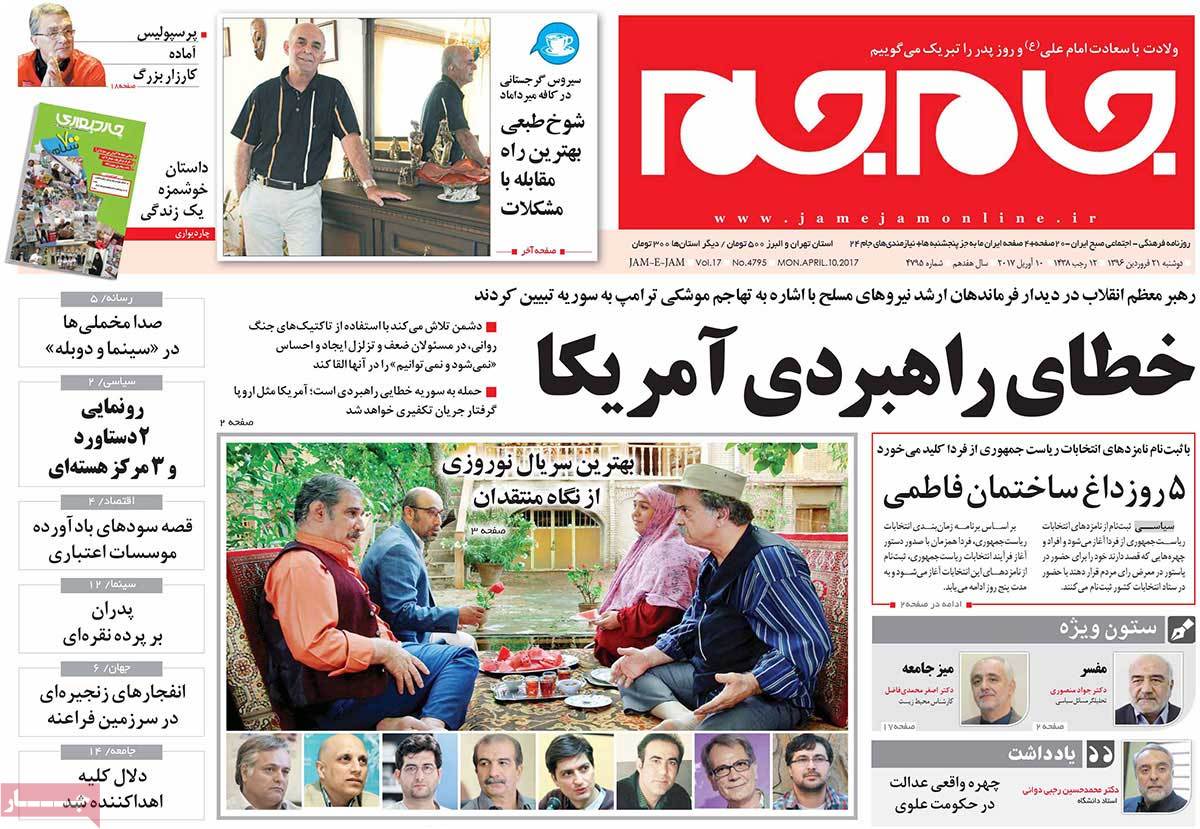 1- The American ISIS Will Finally Grip the US: Iran Leader

3- Raeisi: I Deeply Believe Iran’s Situation Can Be Changed 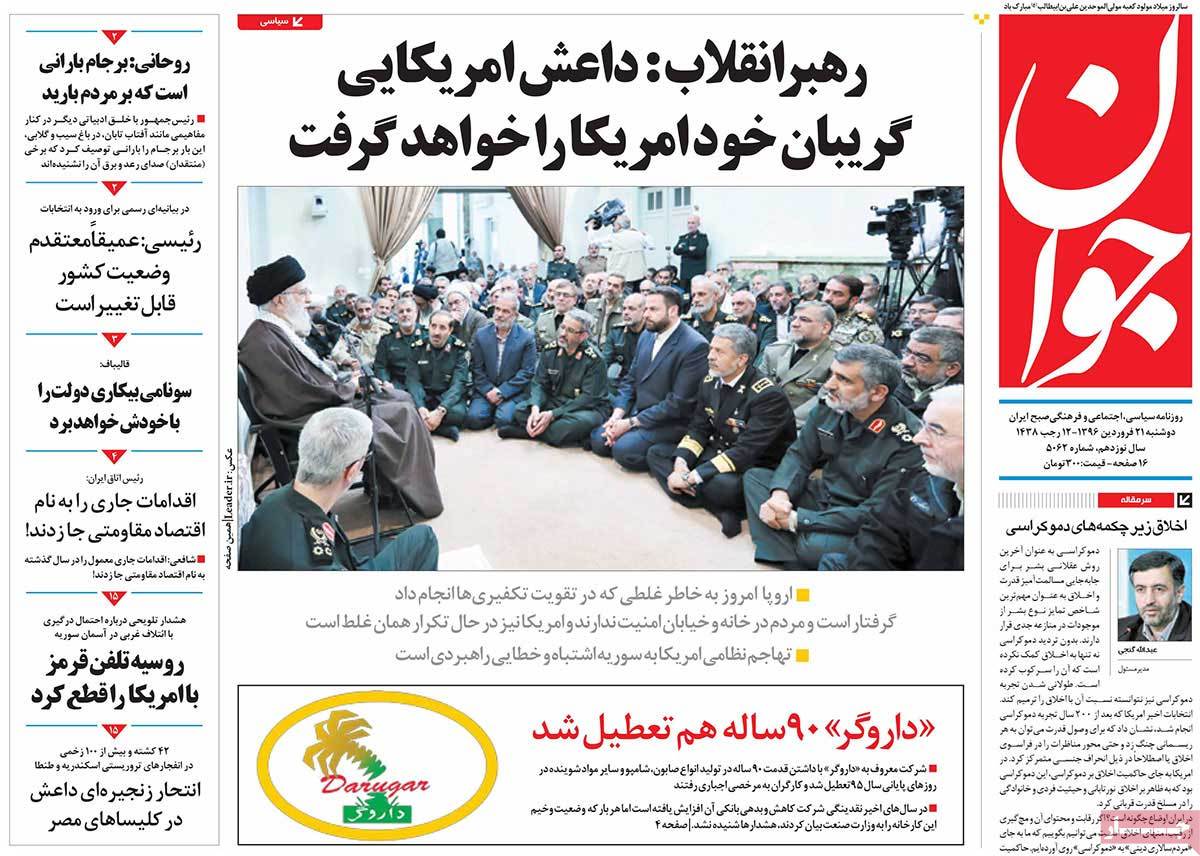 1- Leader: Iran Won’t Give in to Threats 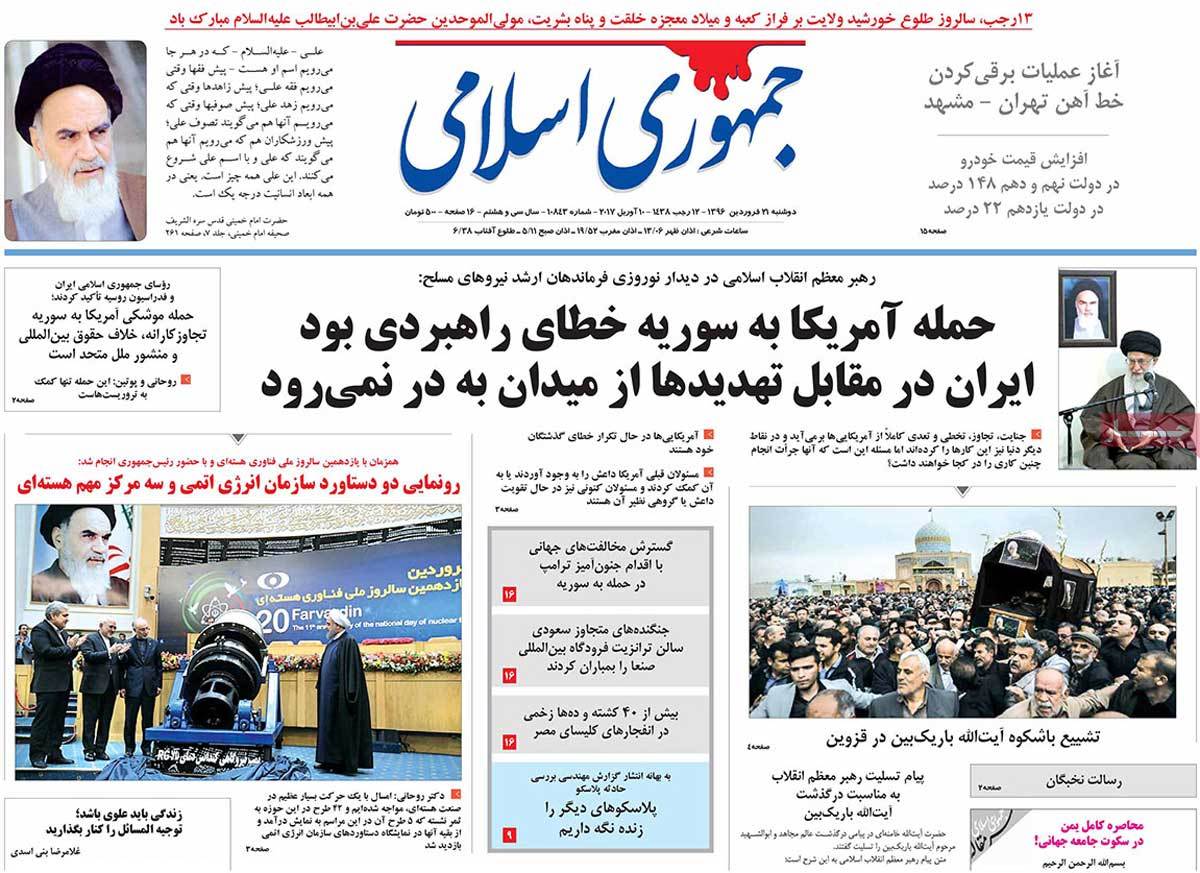 1- Iran Has Shown It Won’t Give in to Threats: Leader 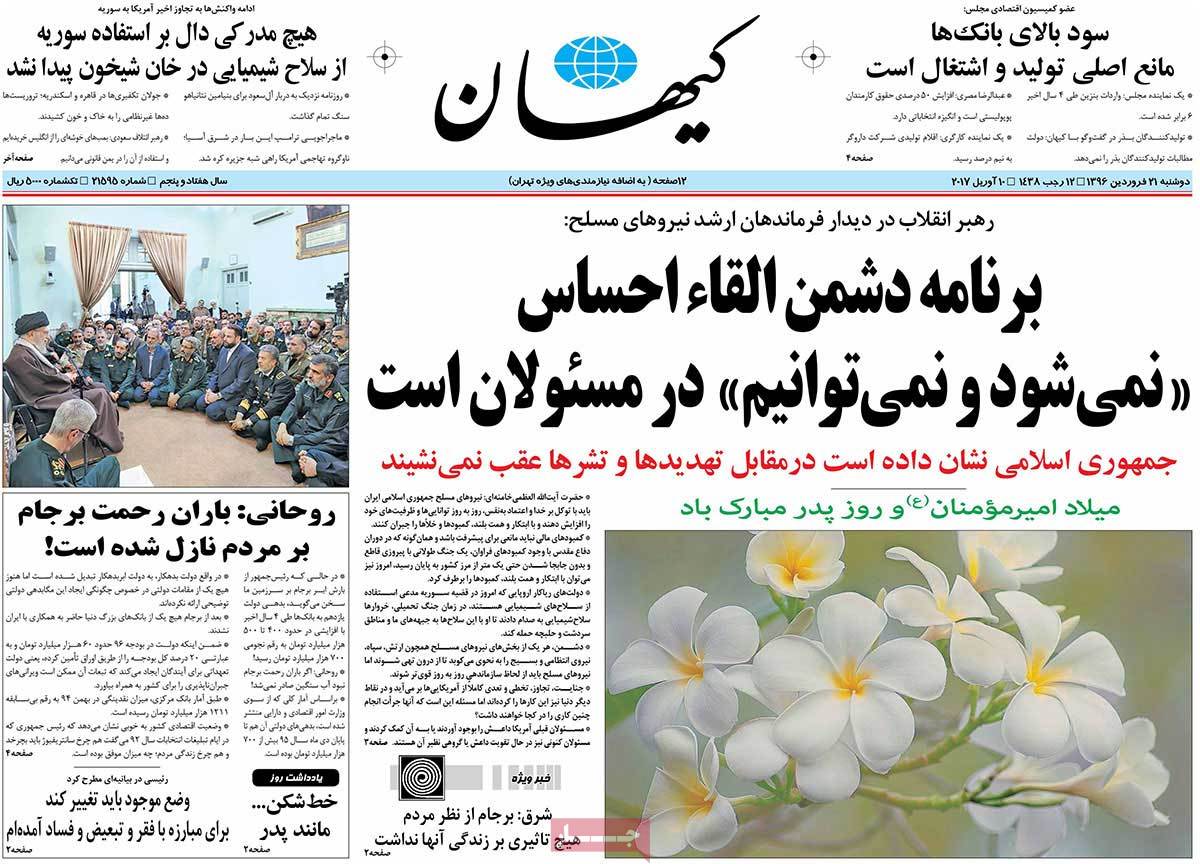 1- First Champion for All of Us: On Father’s Day 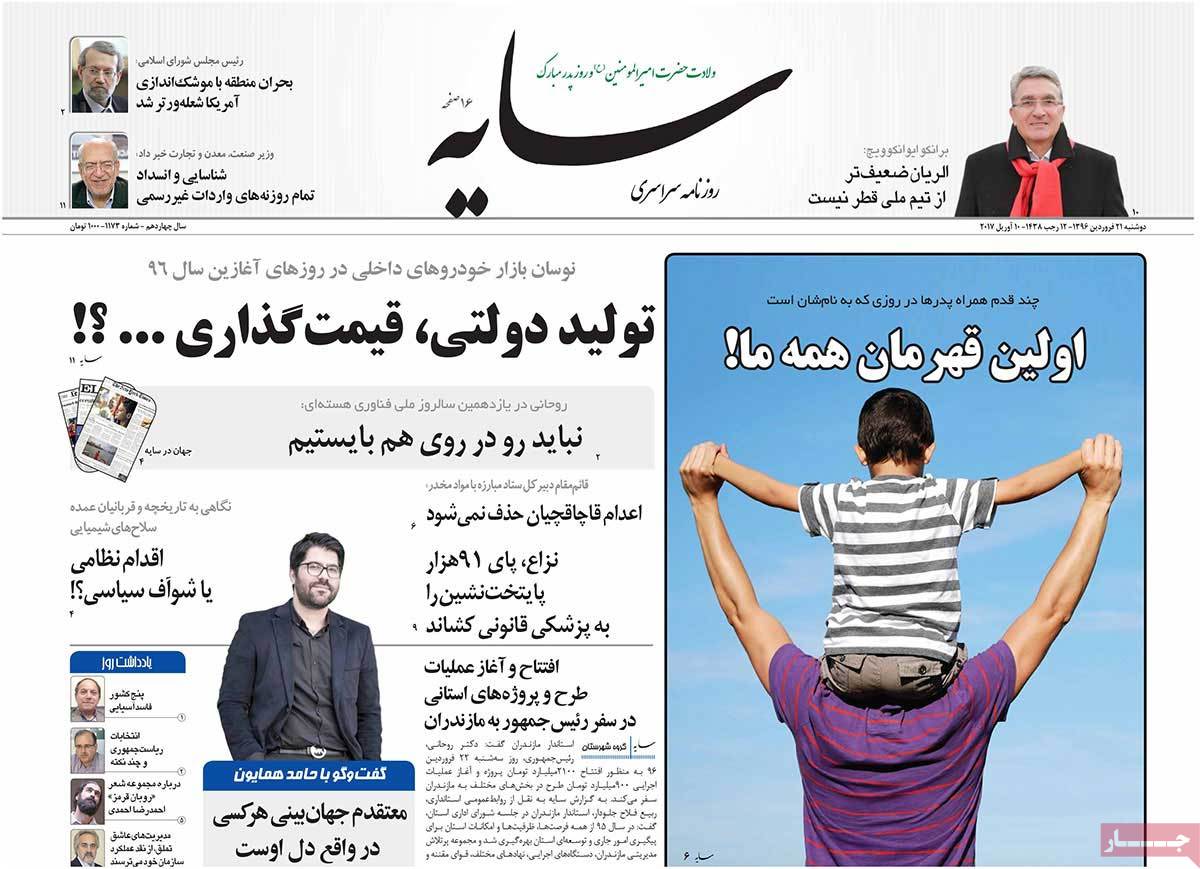 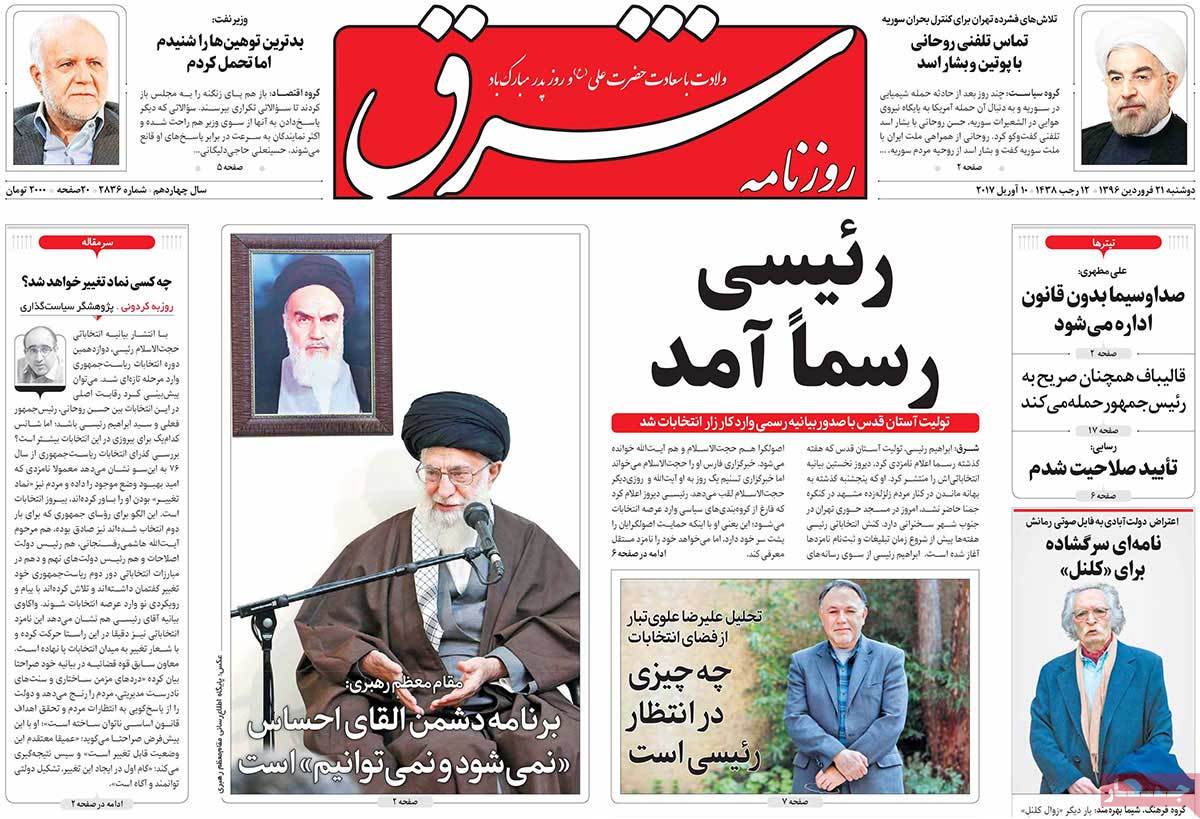