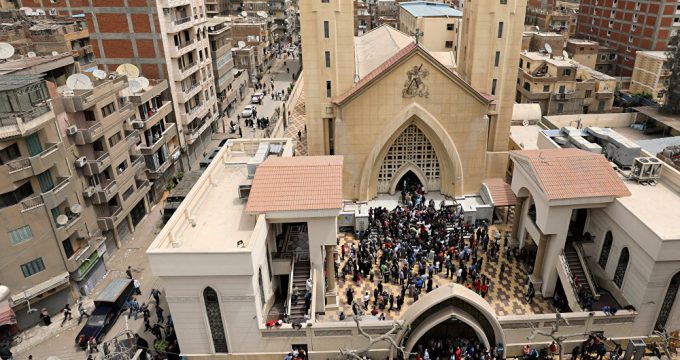 Sputnik News– The Egyptian security forces detained a person on suspicion of being involved in the bomb attack on a church in Egypt’s Tanta, local media reported Sunday.

According to the Youm7 outlet, the man was near the church at the moment of the blast. He was sent to the police department for questioning.

A powerful explosion occurred on Sunday during worship at the church in Tanta, Gharbia province north of Cairo, killing at least 30 and injuring up to 70 people, according to media reports.

Investigation into the attack has been launched, the prosecutors analyze the data from the surveillance cameras. Area near the site of the explosion was cordoned off. Egyptian President Abdel Fattah Sisi ordered military hospitals to accept those injured in the blast. Prime Minister of Egypt Sherif Ismail called the explosion at the church a terror attack.

A second explosion at the police training center in Tanta reportedly followed the blast in the church, killing one policemen, however, some media denied the information about victims. The same day, a blast hit a church in Egyptian Alexandria, killing 3 people.