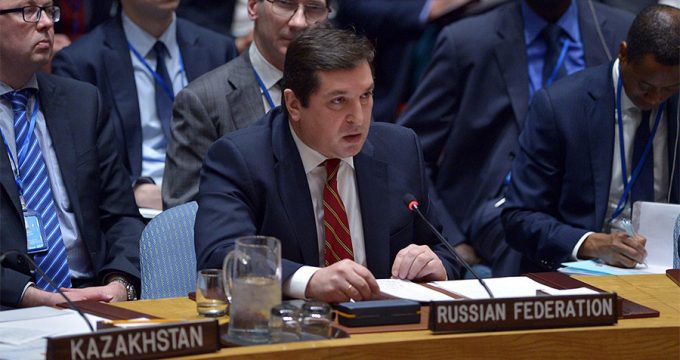 RT– The US missile strike in Syria “only facilitated the strengthening of terrorism,” Russia’s representative at the UN Security Council has said, adding that it shows Washington is “afraid” of a “real investigation” into an alleged chemical attack in Syria.

The US has “attacked those who combatted terrorism” in Syria, the Russian deputy acting envoy to the UN, Vladimir Safronkov, said at a UN meeting on Friday.

Saying that Washington’s attack on a Syrian airfield in the early hours of Friday morning was an “illegitimate act of aggression” on a “sovereign country,” the Russian diplomat said that the strike had “raised the spirits of terrorists” in the region.

Previously, Washington had justified the presence of its troops in Syria with joint efforts in fighting international terrorism, Safronkov said, adding that the recent attack had proven otherwise. 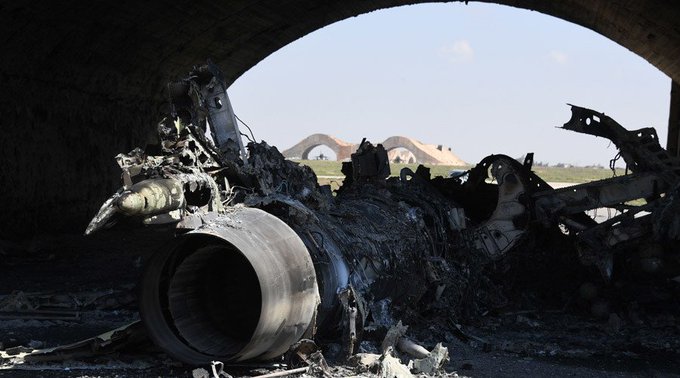 Haley also mentioned Iran and Russia as “guilty parties” who bear “considerable responsibility” in the Syrian crisis, and went on to say that Washington was “prepared to do more.”

“Every time Assad has crossed the line of human decency, Russia has stood beside him,” the ambassador claimed, adding that “the world is waiting for Russia to reconsider its misplaced alliance” with the Syrian president.

Washington and its allies, especially in London and Paris, are “obsessed” with a “paranoid idea” to overthrow the legitimate Syrian government, the Russian representative said.

The alleged use of chemical weapons tactics would have been counter-productive for the Syrian government, the Russian official said, adding that such provocations only benefit terrorists and hardened opposition.

While Russia has called for a united anti-terrorist front in the region, the US has chosen its own path, he said.

“The strikes on Syria are also an attempt to sidetrack attention from numerous casualties among the civilian population in Iraq and Syria, caused by [America’s] unilateral actions,” Safronkov said. He added that such a policy undermines the UN’s efforts to achieve a peaceful solution to the crisis.

“Think of the consequences of what you’ve produced in the Middle East and how it affects the political process,” the diplomat said, addressing the US and representatives of the nations which expressed support for the missile strike.

“You must remember the tragedies for the countries, the whole regions and the people caused by your choice of action,” he added.

“We call on the US to immediately stop the aggression, join political efforts and start a coordinated fight against the terrorist threat,” Russia’s UN representative concluded, saying that Moscow remains open to such cooperation.