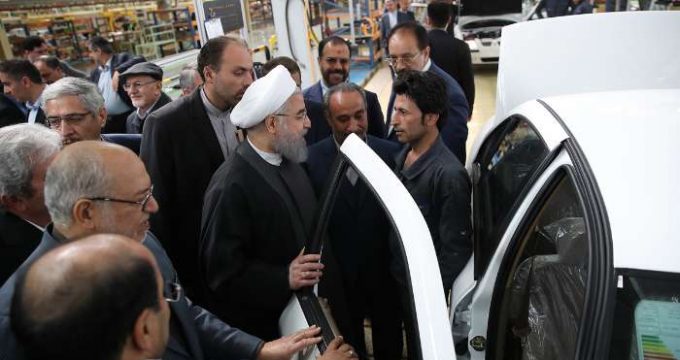 President Rouhani arrived in Semnan earlier on Thursday along with a number of his cabinet members.

The projects were made with a budget about 12,000bn Rials (over $370m) in line with the government’s policy to create jobs and increase domestic production as was stressed in the message sent by Supreme Leader of the Islamic Revolution Ayatollah Seyyed Ali Khamenei on the occasion of the New Iranian Year, 1396, (started on March 20), said the President.

In his message on Norouz, Ayatollah Khamenei named 1396 as the year of ‘Economy of Resistance, Production and Employment’ and urged all Iranian authorities to do what is within their power to fulfill this year’s motto.