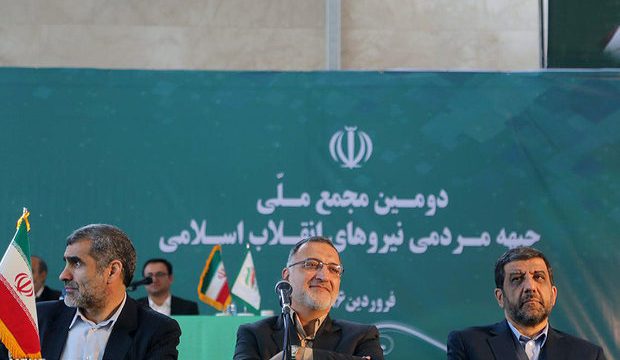 MNA – Second meeting of the national forum of Popular Front of Islamic Revolutionary Forces has finalized the Principlist line-up for presidential elections.

The final list included Mr. Ebrahim Raeisi, Alireza Zakani, Mehrdad Bazrpash, Mohammad Bagher Ghalibaf, and Parviz Fattah. In the preliminary voting where 10 people participated, 5 candidates were elected as the final line-up. Surprisingly, Mohammad Bagher Ghalibaf is in the list who on Wednesday said in a statement that he would not be a candidate in the presidential elections.

Other figures, apart from Ebrahim Raeisi, who would have the final seed of the front with other four putting their full weight and support behind him, are less known and belong to the mid-sized politicians of the Principlists.

Alireza Zakani, Tehran’s representative in the previous Parliament was a staunch critic of the government, but failed to secure a seat in Tehran and therefore joined the critics of the cabinet who would invest in the presidential elections. Mr. Mehrdad Bazrpash, equally conservative as Zakani and once a close proponent of Mr. Ahmadinejad, also was defeated in Parliamentary elections of February 2016. Mr. Parviz Fattah, a cabinet member in Ahmadinejad’s cabinet, and the current head of Imam Khomeini Relief Foundation had to surpass candidates as Mohsen Rezaei, former IRGC general and a figure almost invariably associated with presidential elections, and Ezzatollah Zarghami, who could have been a seed in the line-up.

Mr. Ghalibaf, if seriously scrambled to come to the fore, would be difficult to persuade to abandon campaign for Mr. Raeisi. Others however would leave the arena, as Mehdi Chamran, Head of Tehran City Council, told reporters, “they will not compete for votes, but to the most probability, will support Raeisi as the single Principlist rival” against other candidates notably President Rouhani.