A Look at Iranian Newspaper Front Pages on April 5

Iran Front Page- IFP has taken a look at the front pages of Iranian newspapers on Wednesday and picked headlines from 16 of them. IFP has simply translated the headlines and does not vouch for their accuracy.

The top story today was the alleged chemical attack on the rebel-held Syrian city of Idlib, in which dozens have been reportedly killed.

A deal signed between Iran’s Aseman Airlines and the US giant plane manufacturer Boeing for purchase of 60 planes also received great coverage.

1- US: Assad Is a War Criminal Who Should Be Tried

3- Iraqi PM: ISIS Leader Has Most Probably Fled to Syria 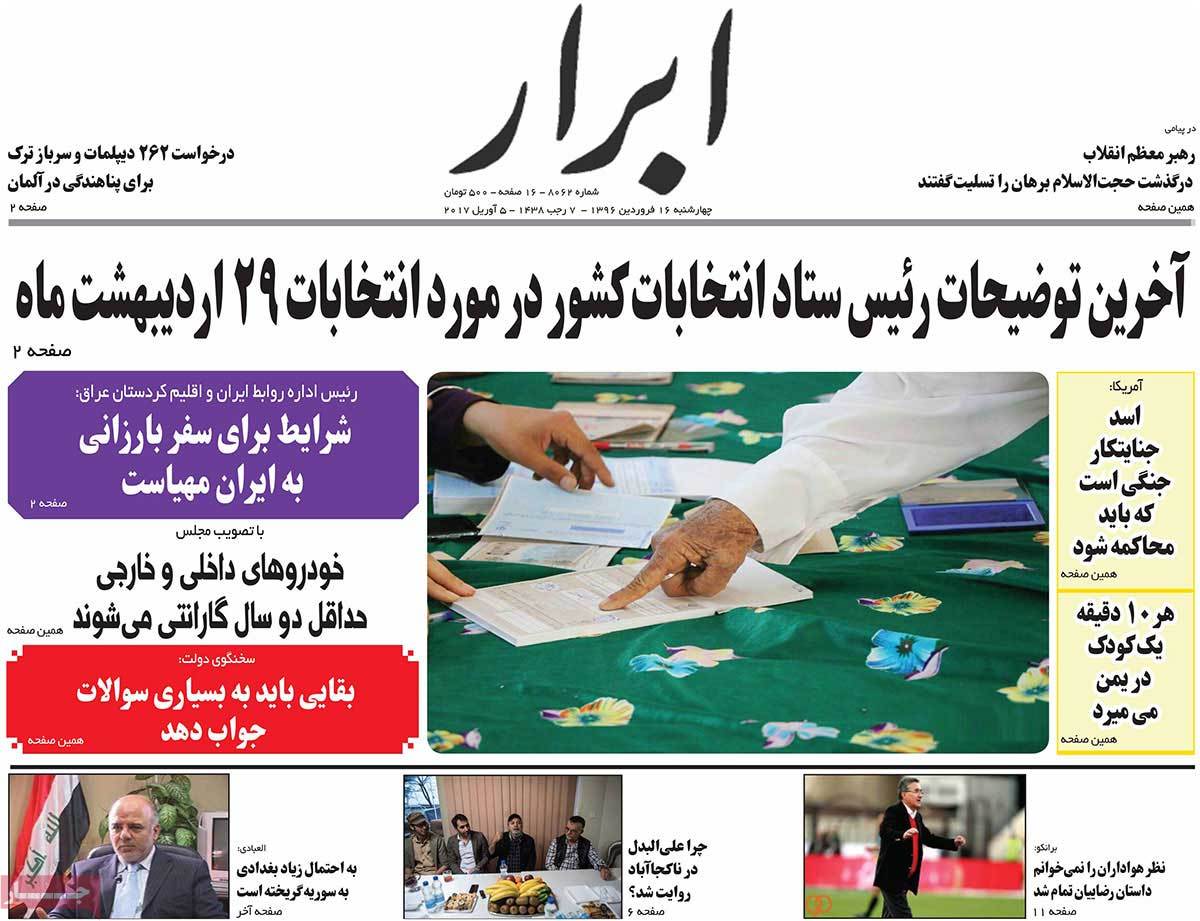 3- Over 35% of Educated Iranians Are Unemployed 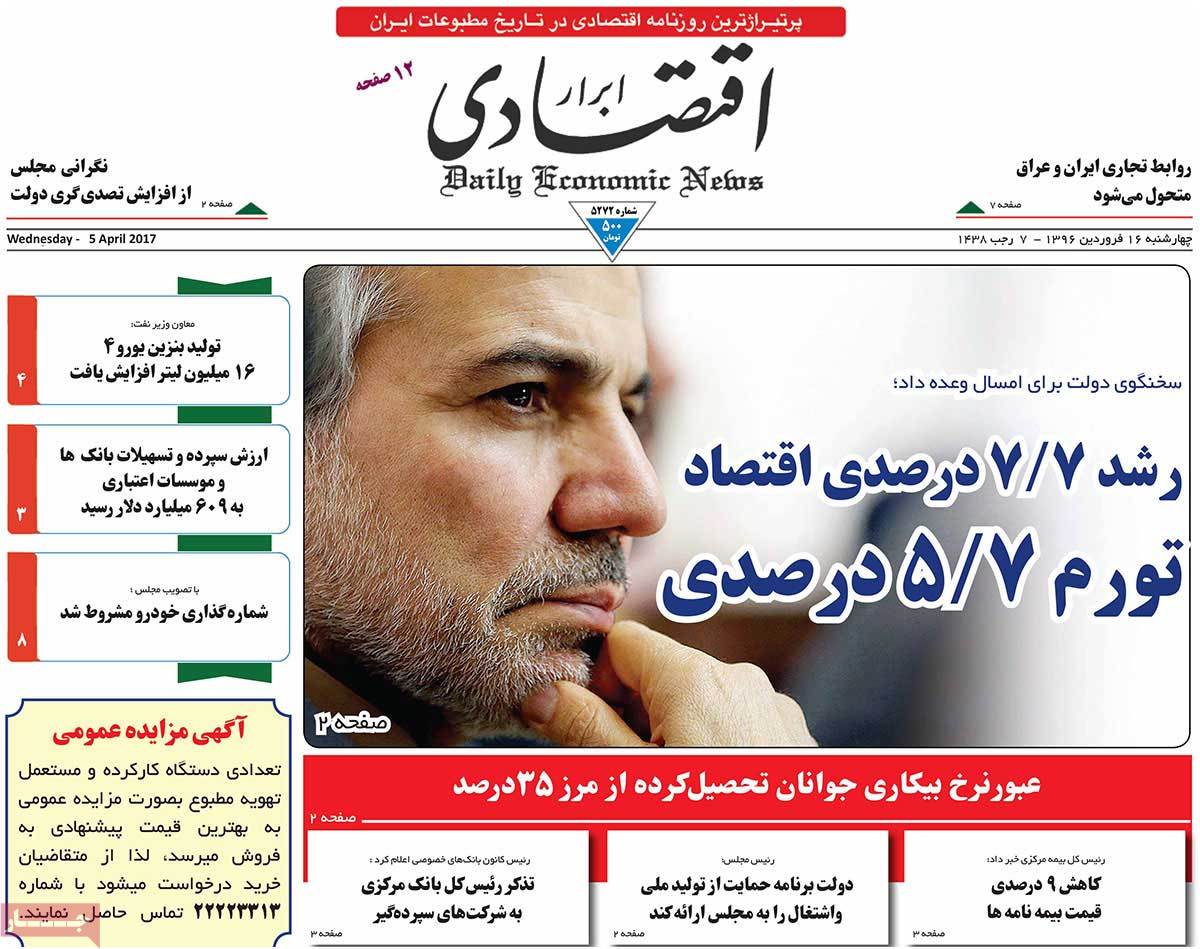 1- Result of Possible Duel between Rouhani and Raeisi 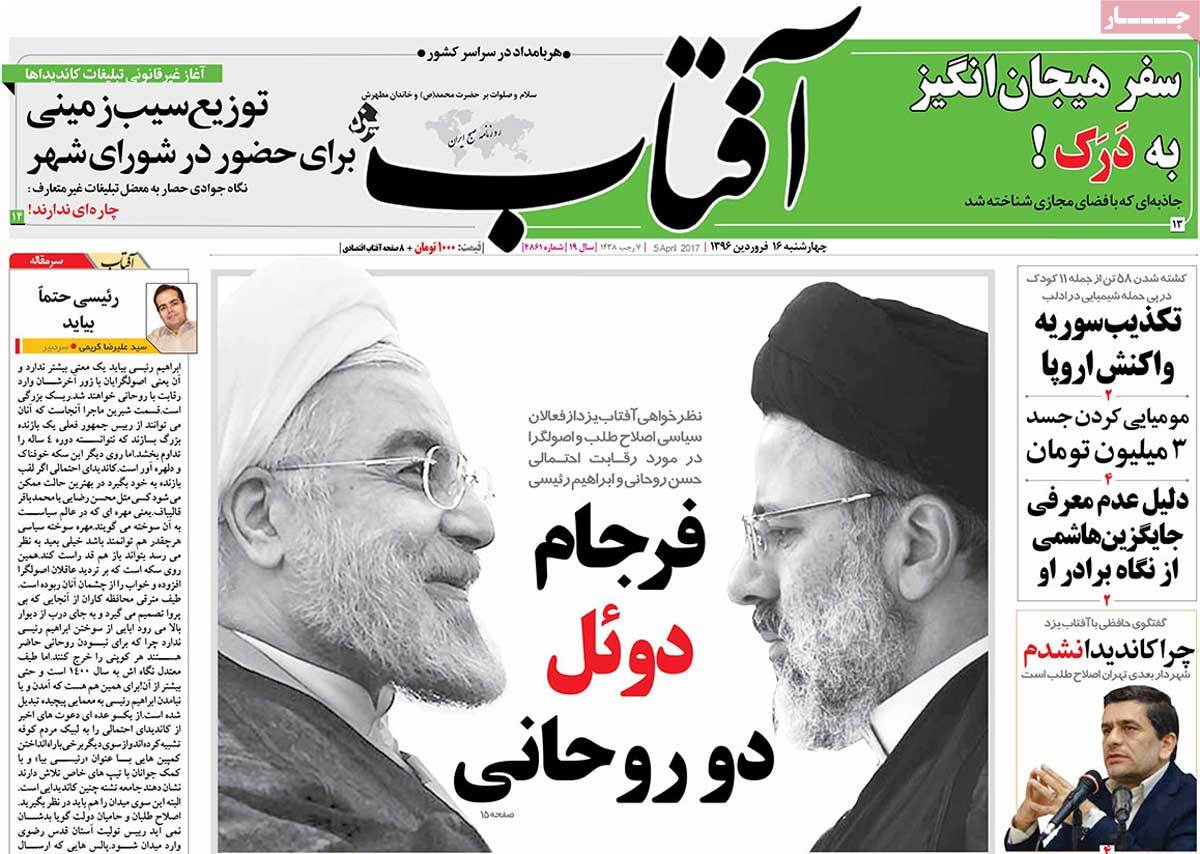 1- Chief: IRGC and Basij Should Not Be Used for Any Party’s Interests

2- Key to Victory in Hands of Moderate Sheikh [Rouhani] 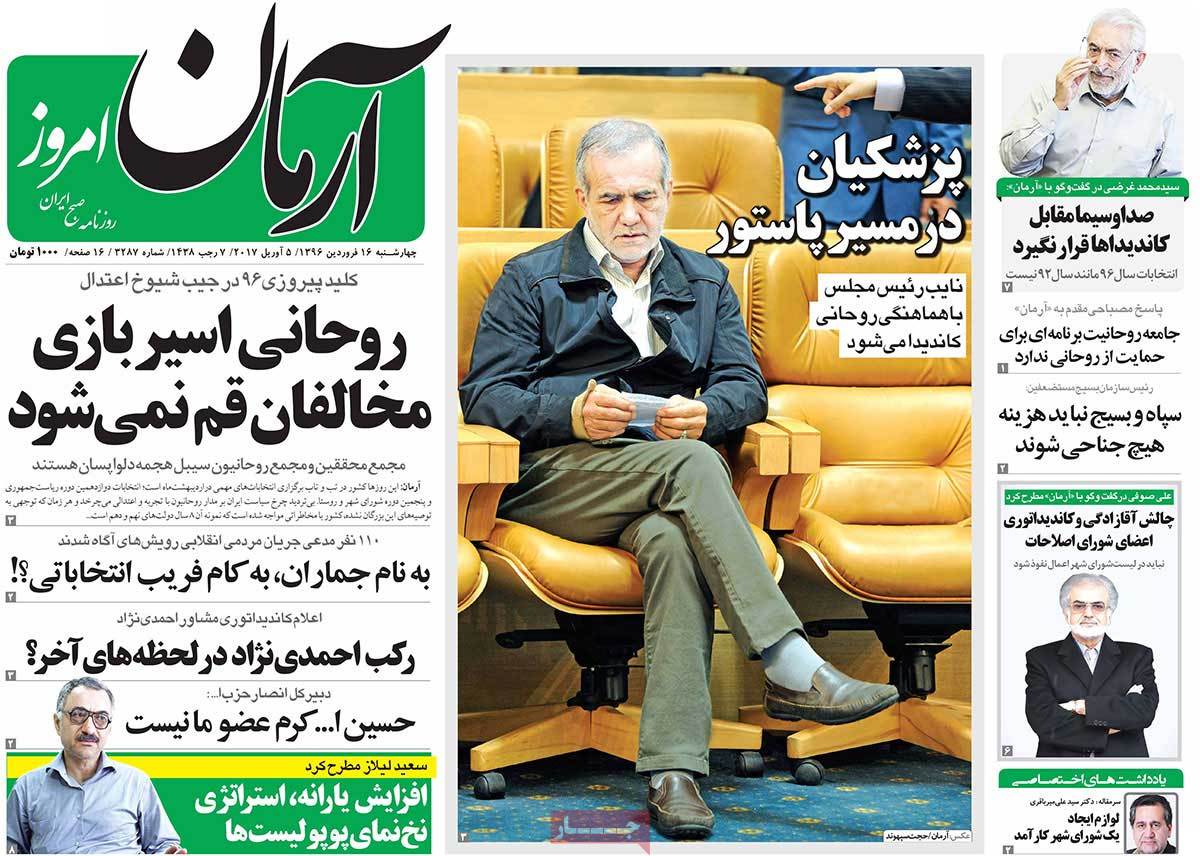 1- Conservatives Fail to Unite: Reasons for Delay in Introducing Candidate 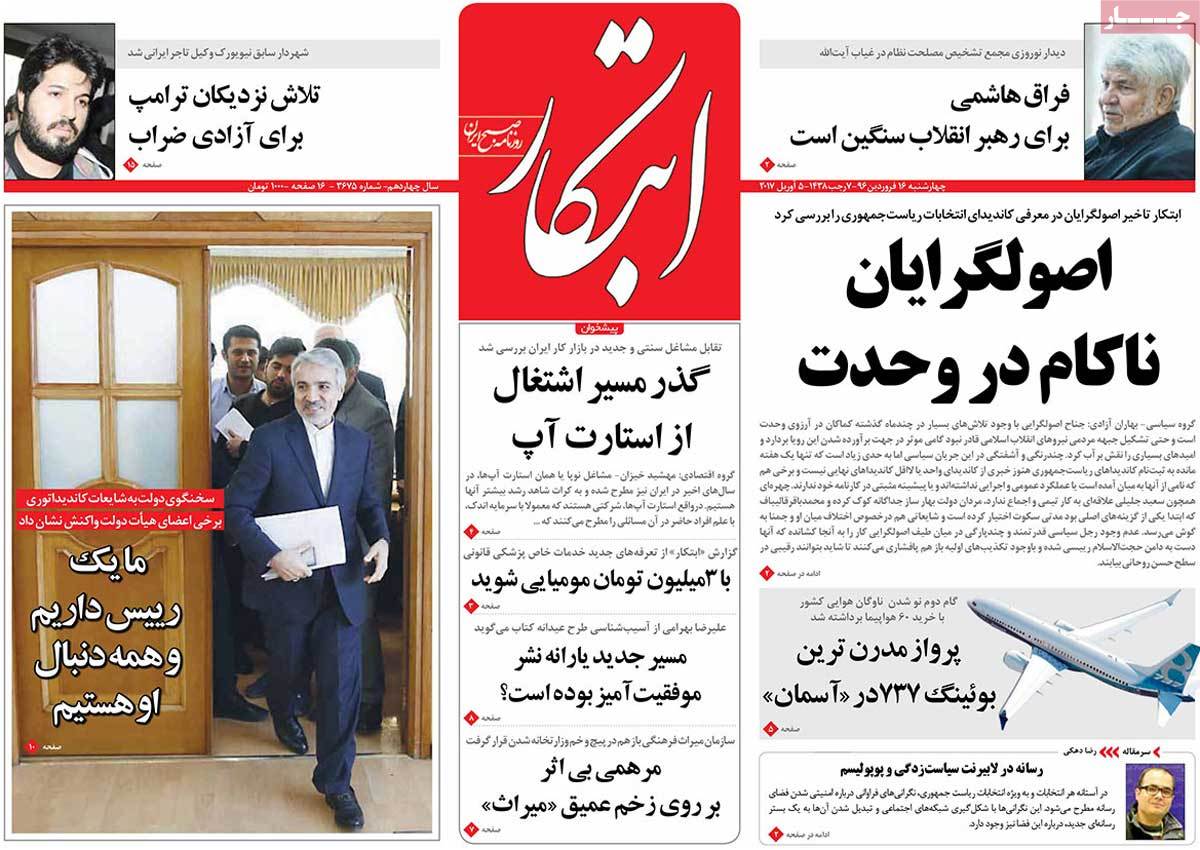 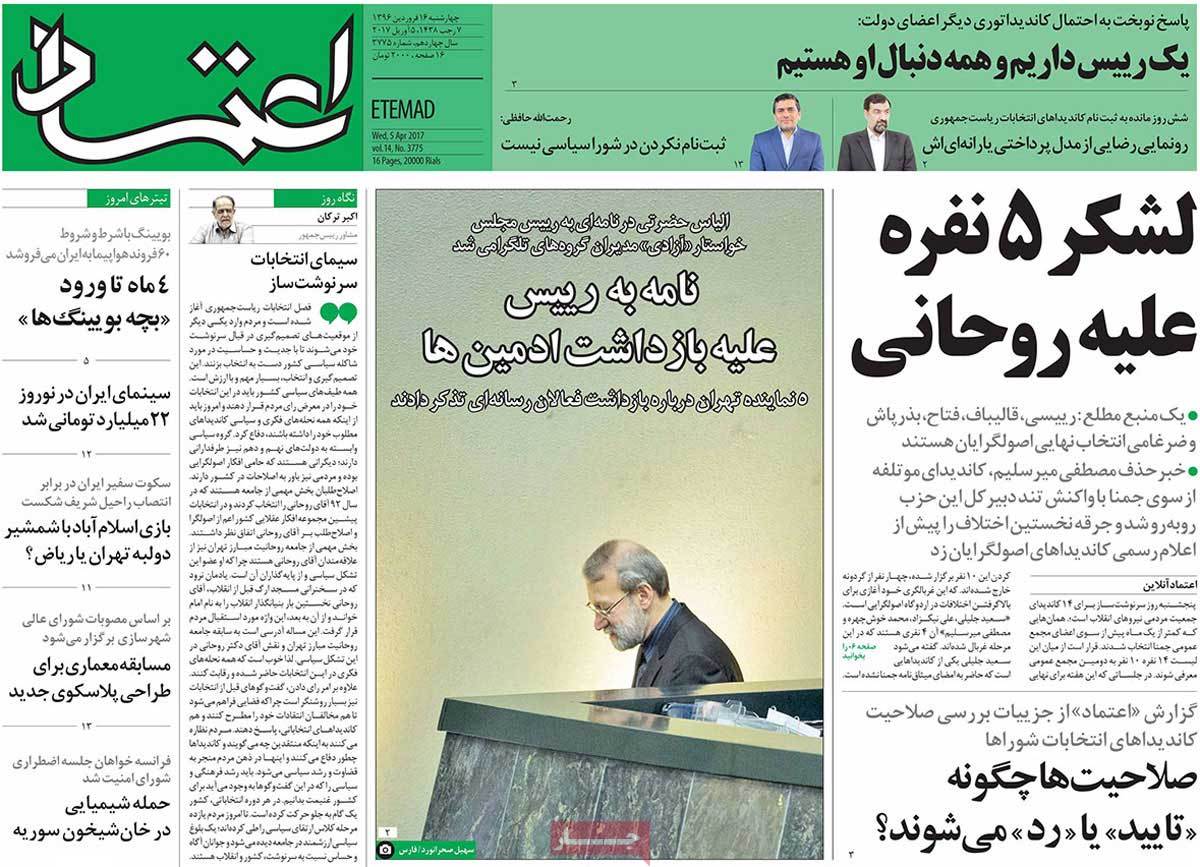 3- Zarif: Iran’s Priority This Year Is to Improve Ties with World

4- Manufacturers, Importers Obliged to Guarantee Cars for 2 Years against Polluting the Air 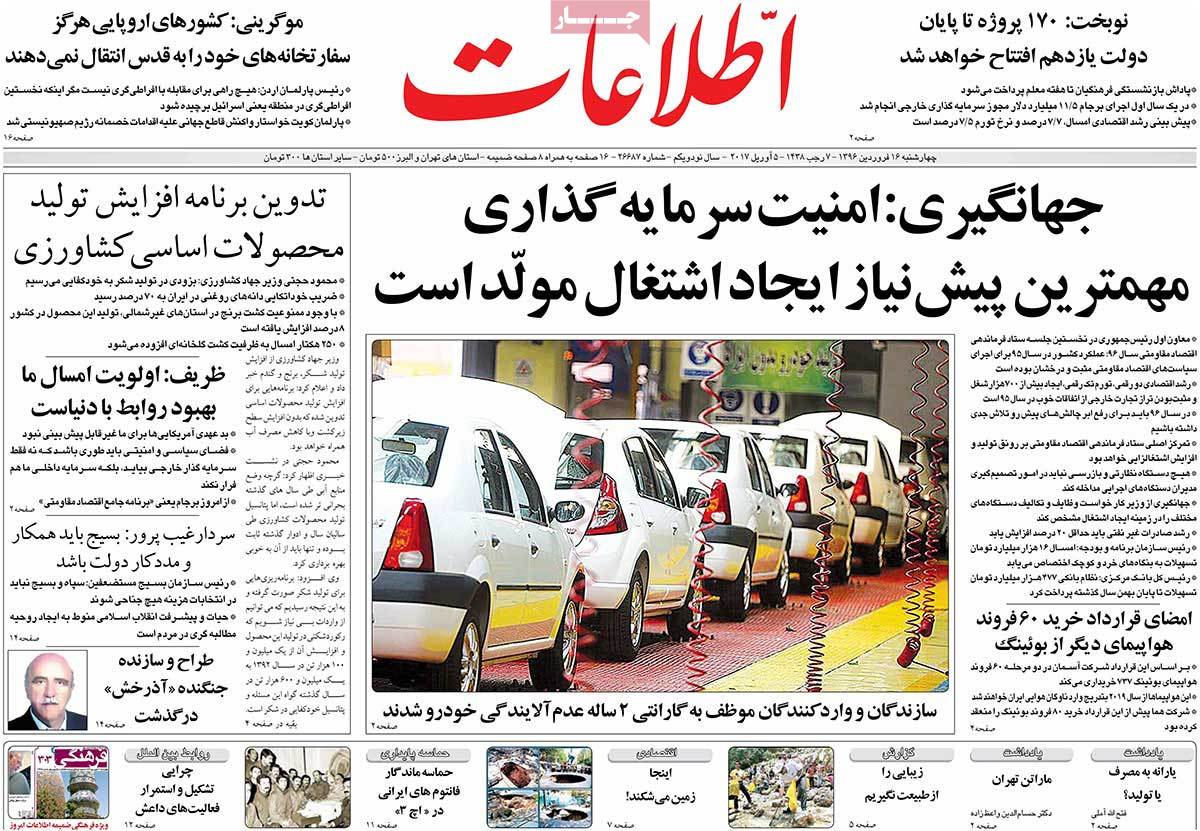 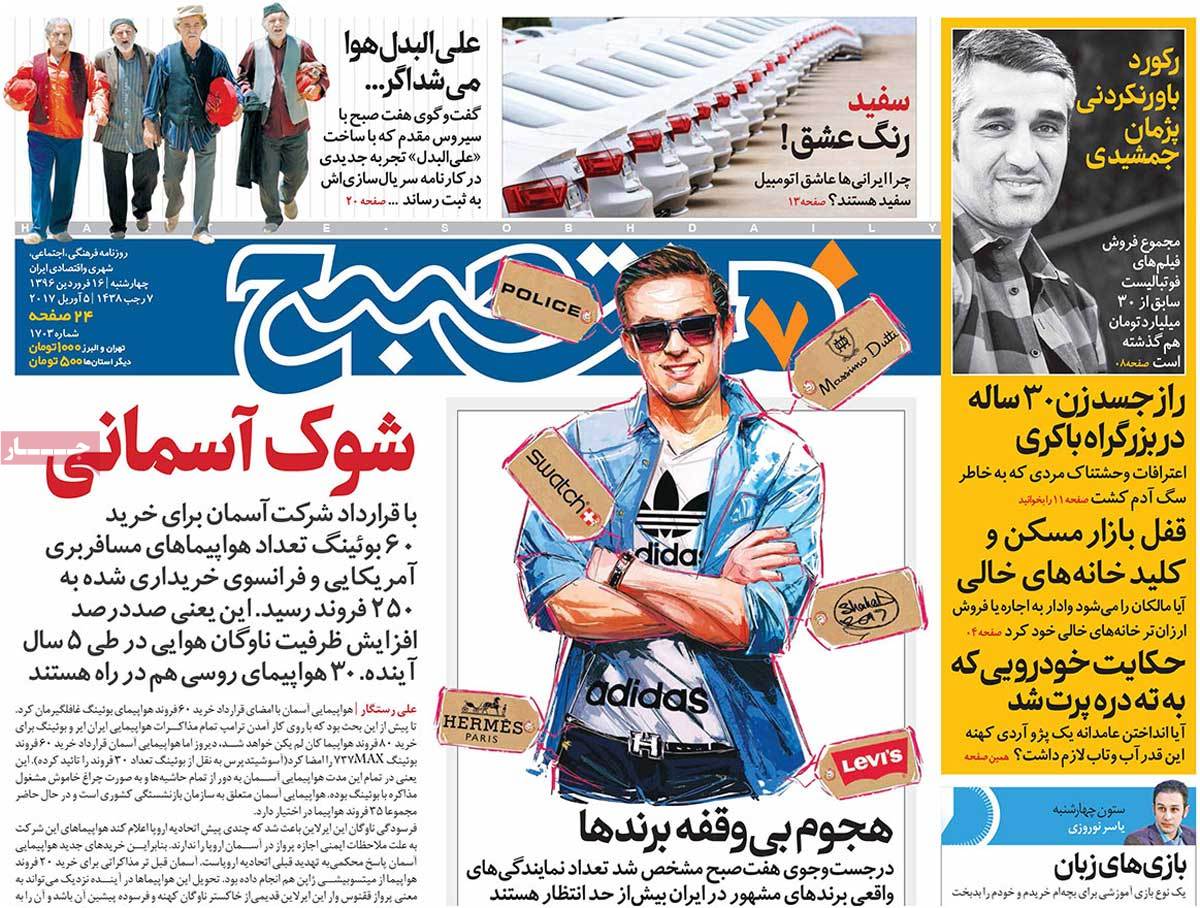 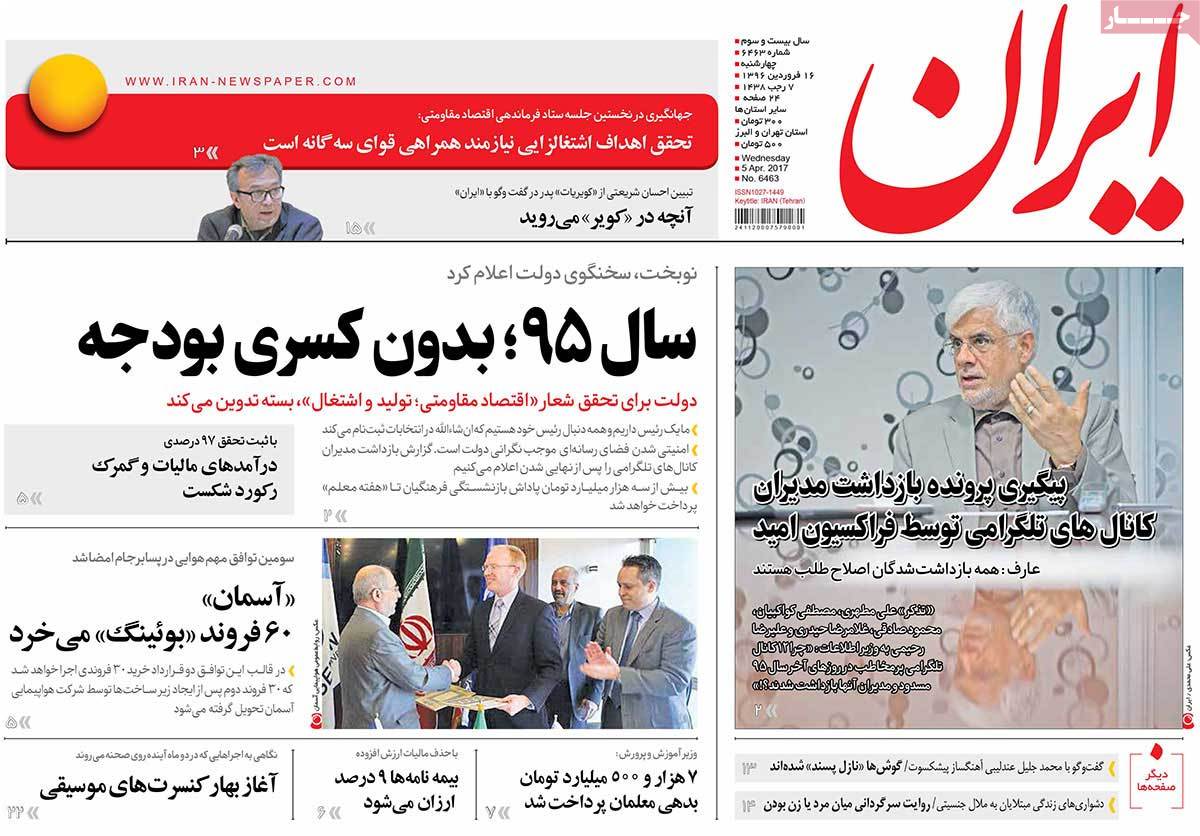 2- One-Third of Educated Iranians Are Unemployed 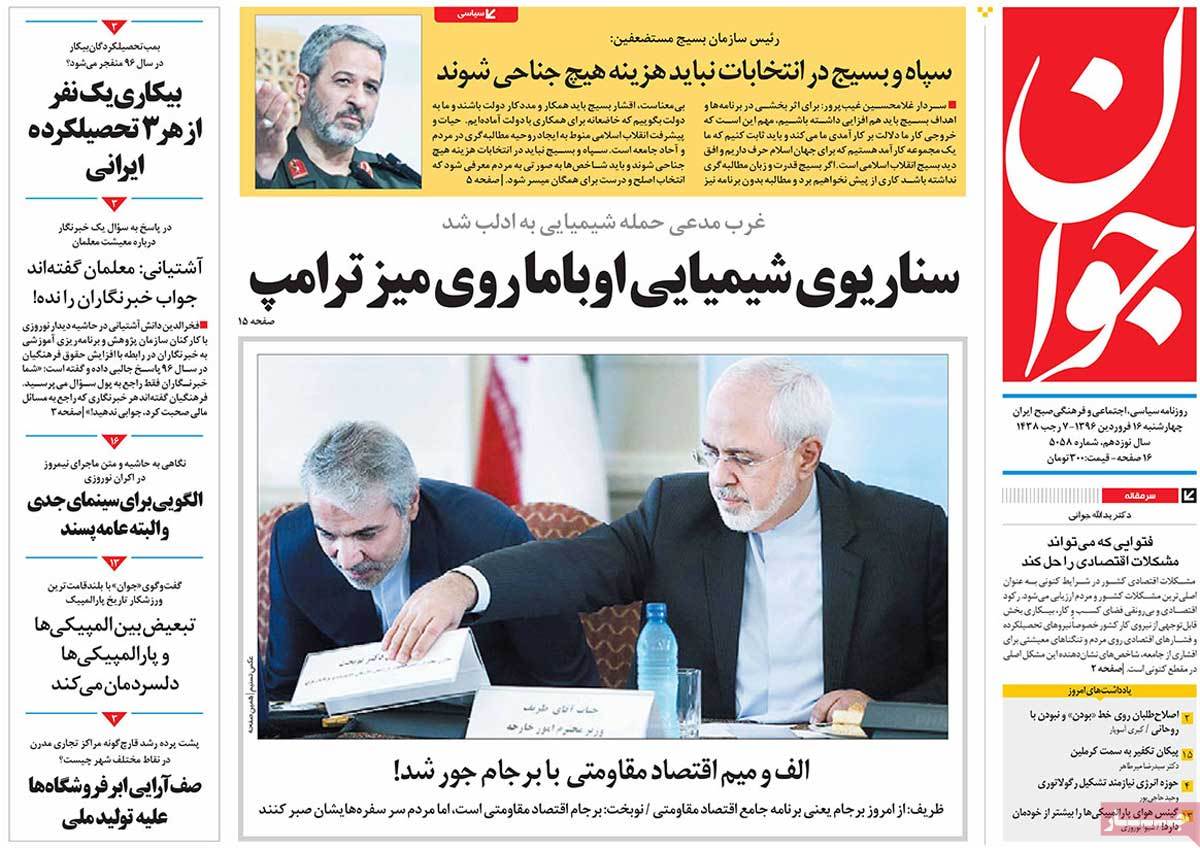 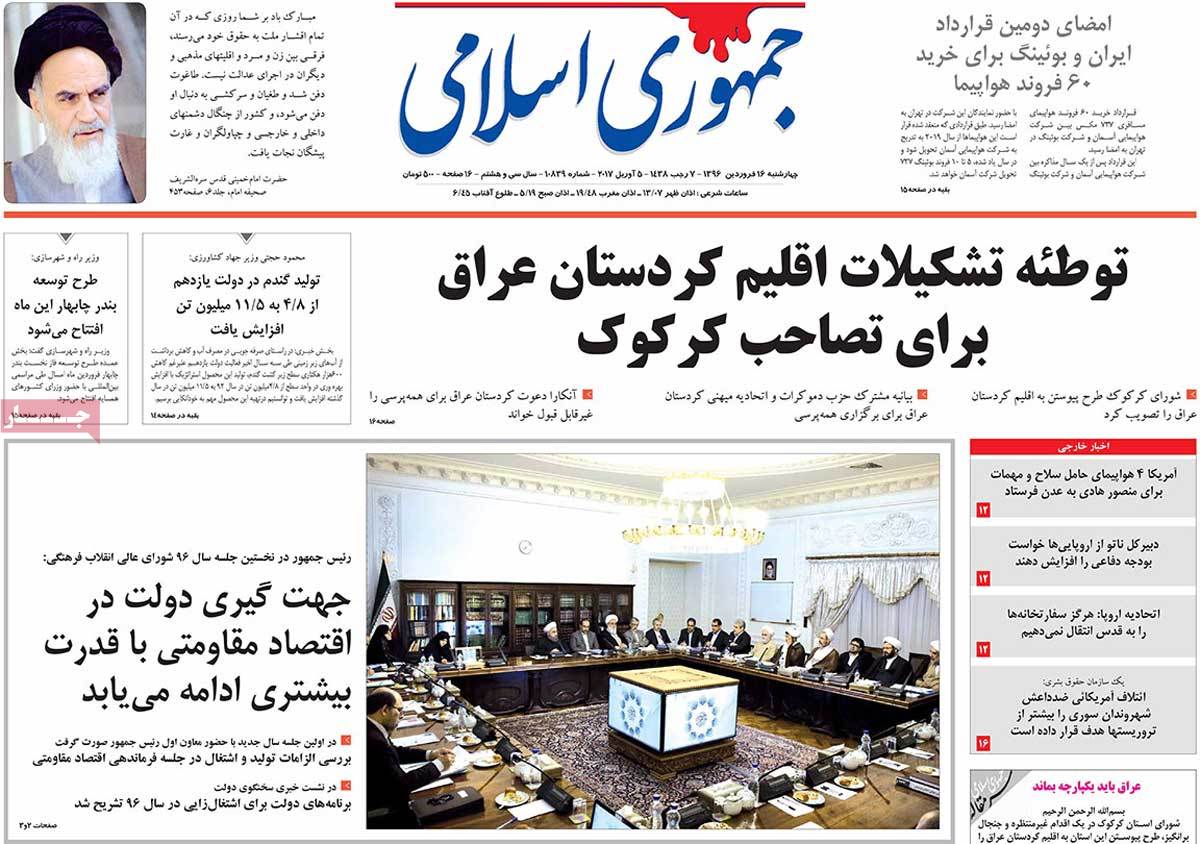 3- US, ISIS Competing with Each Other in Killing Syrians

4- American Enterprise: Iran Is a Smart and Serious Player and Hard to Deal with 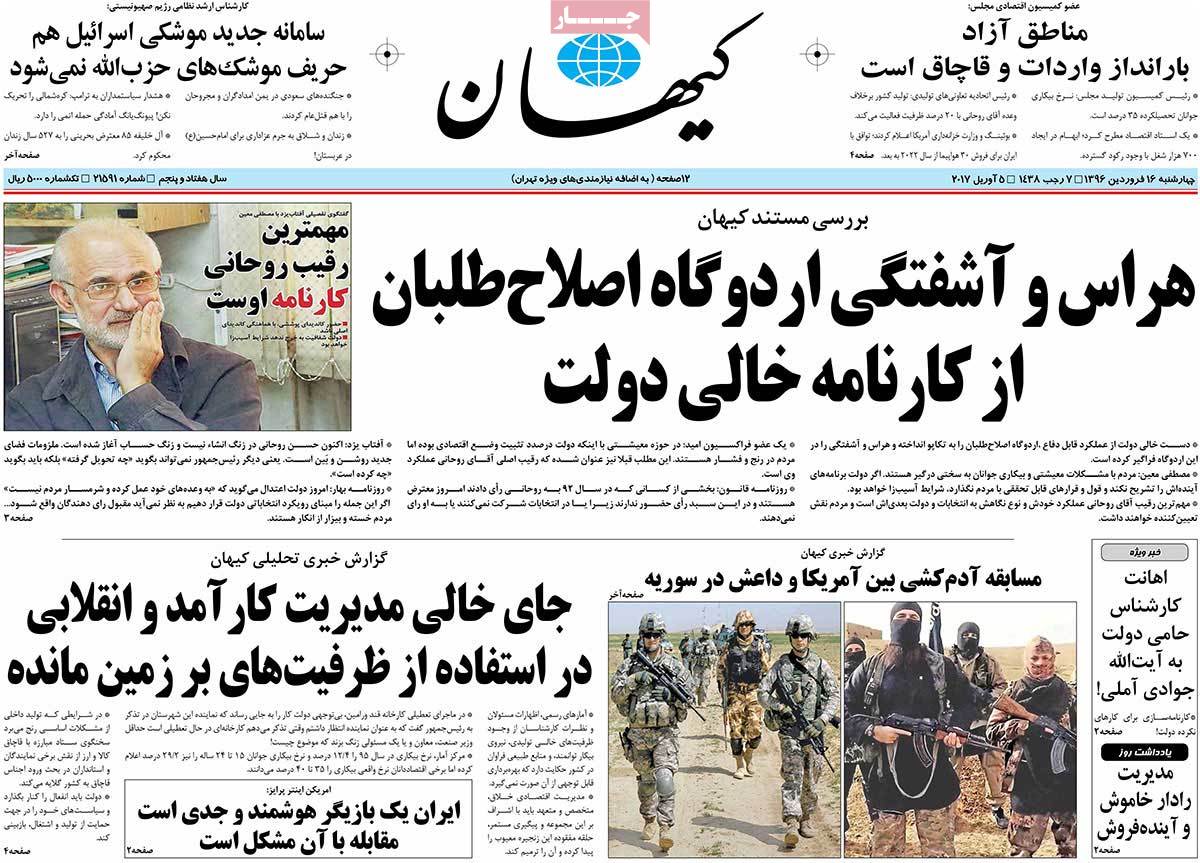 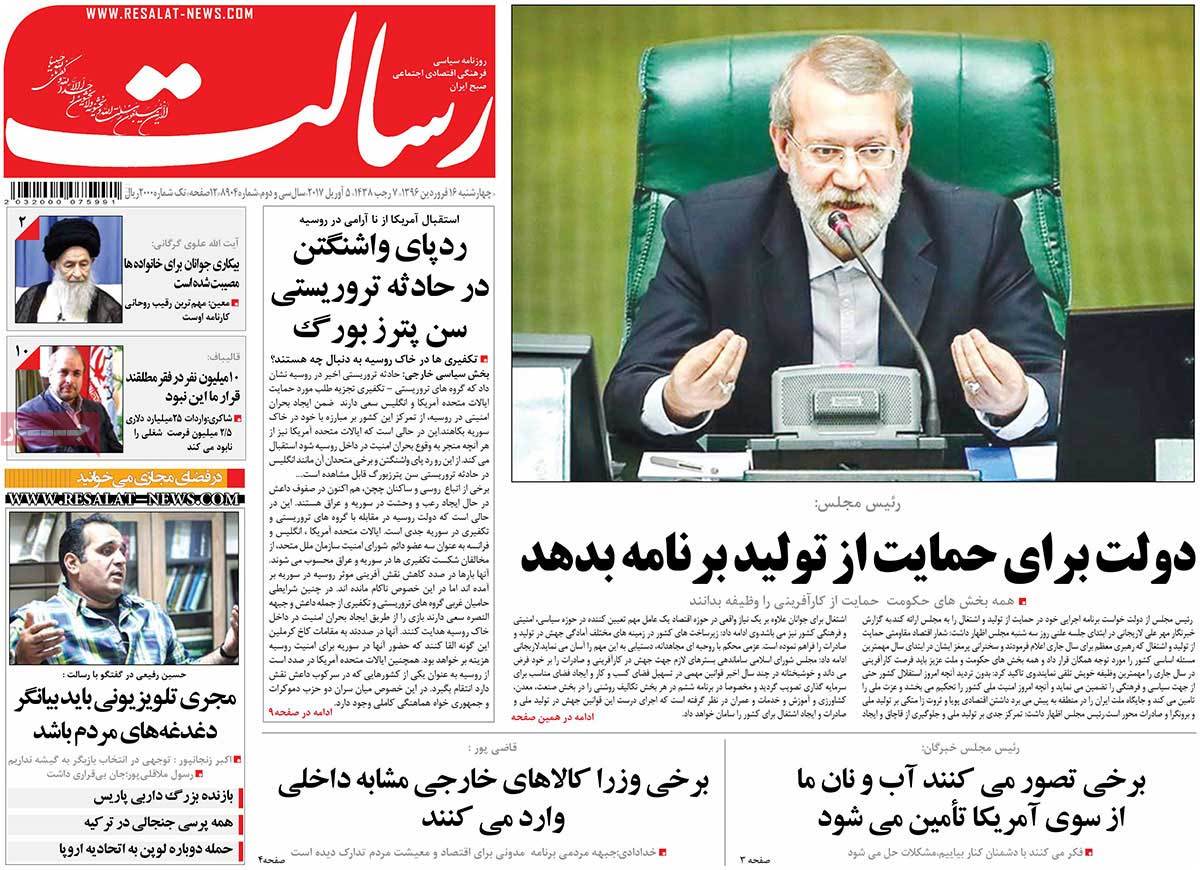 2- Deal with Boeing in Trump Era 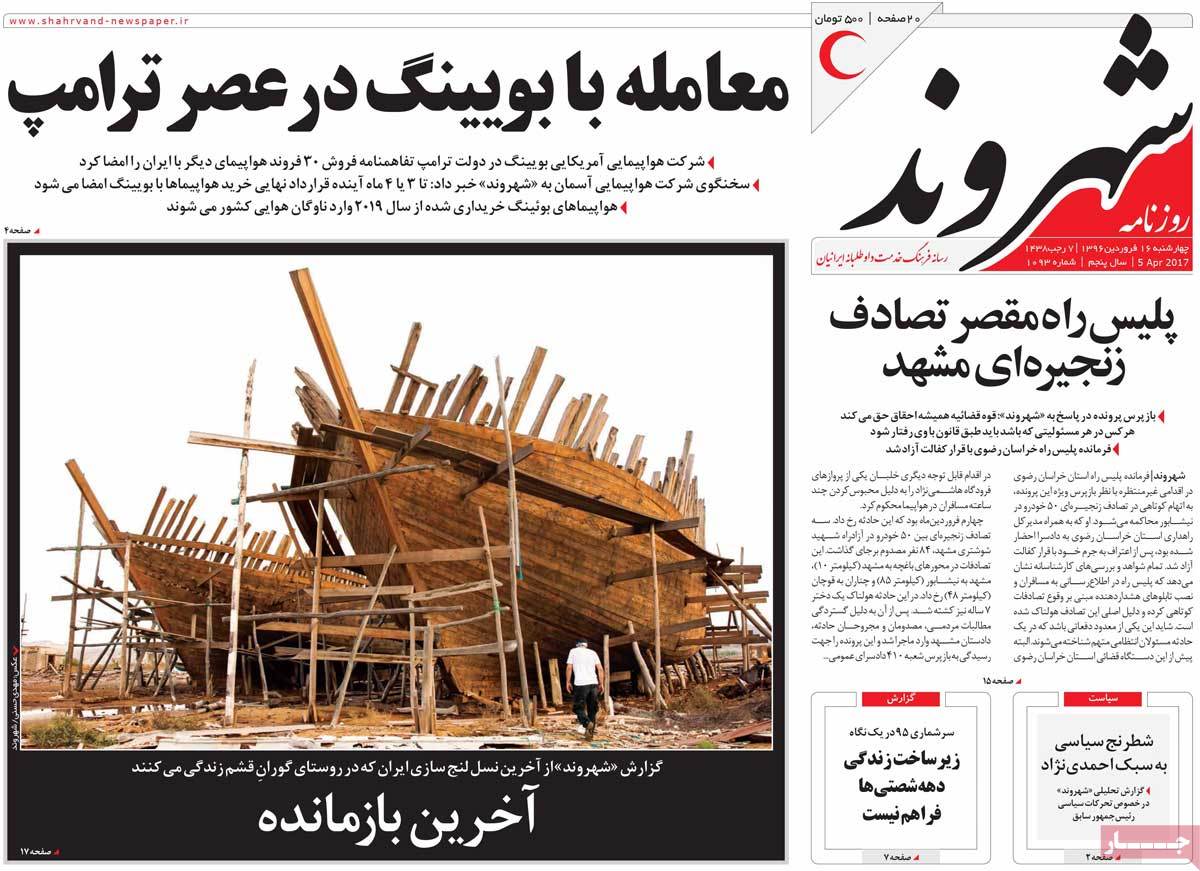 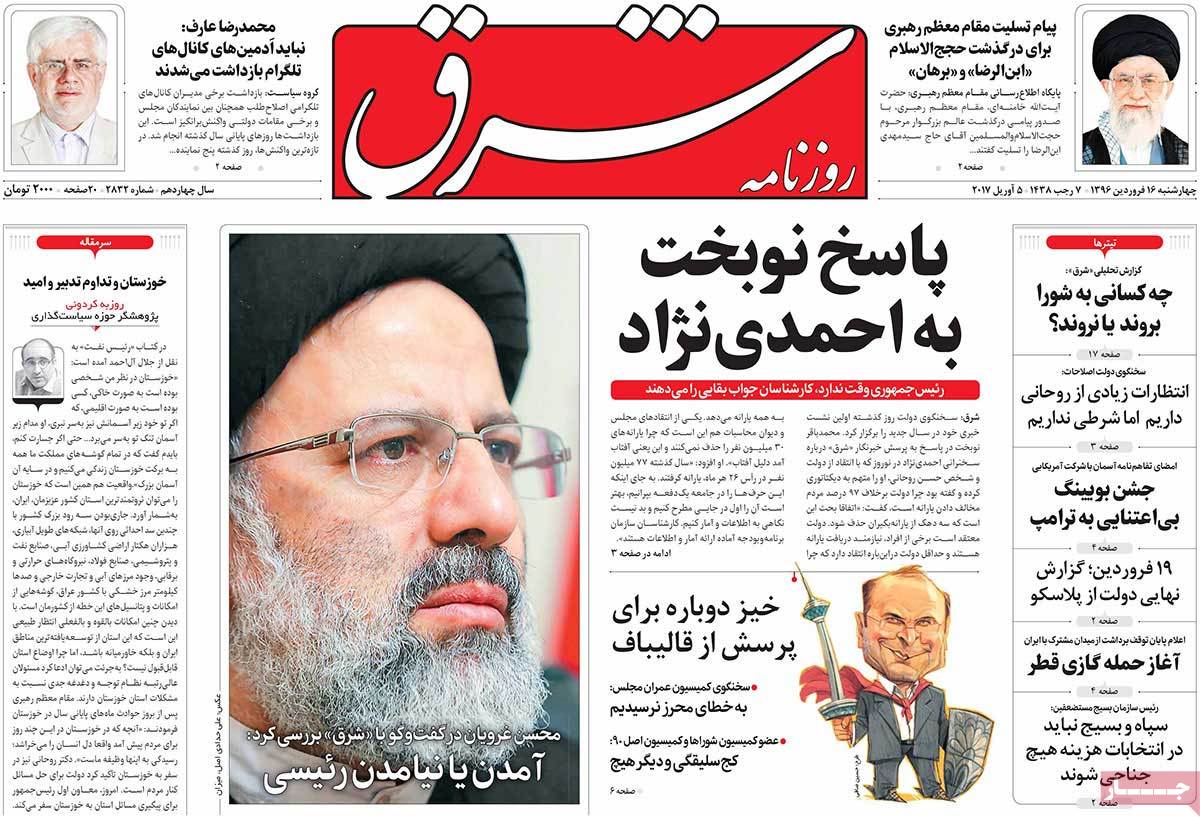 3- Top Officer: Iran Not to Give in to US Pressures 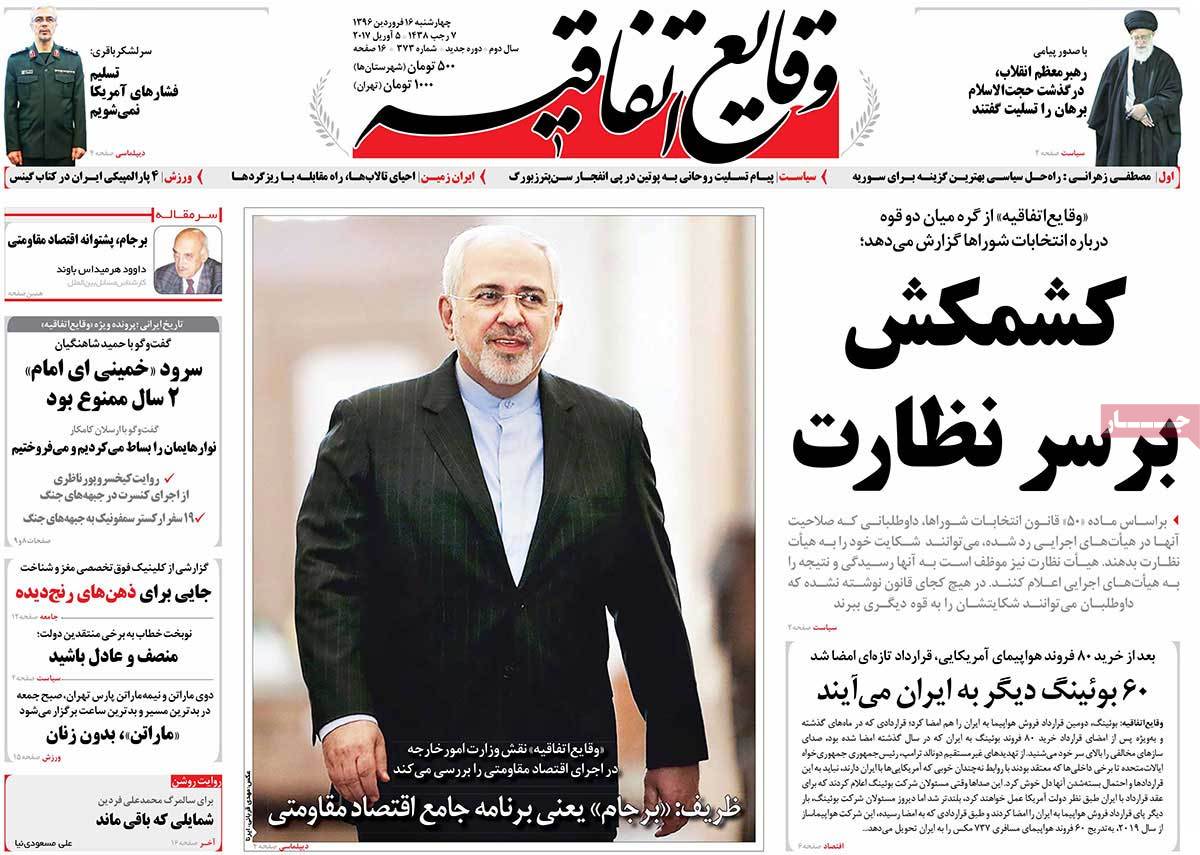