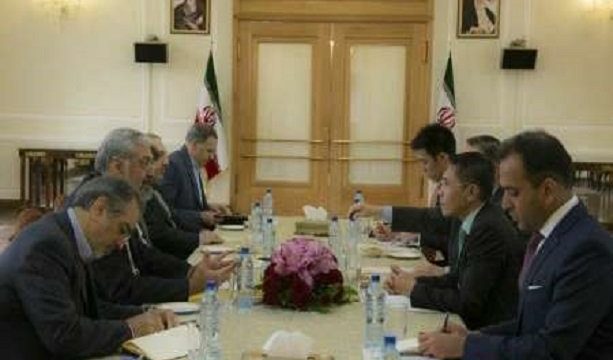 Pointing to the impact of the nuclear deal and JCPOA on boosting cooperation, Sarmadi said lifting of anti-Iran sanctions provided the ground for the expansion of ties and cooperation between the two countries in all fields, including trade.

He said that following the implementation of JCPOA, the foreign companies from different countries have announced their readiness to invest in Iran. “The deal paved the way for trade activities of Singaporean companies in Iran, including the investment in Iran’s energy sector,” he noted.

Deputy FM also emphasized the will of the Iranian officials to expand ties with Singapore; “It is worth removing possible barriers to provide space for economic and investment cooperation more than ever for which the strengthening of banking transactions is the most important step.”

Maliki Osman, for his part, pointed to Iran’s old civilization and announced his country’s readiness to improve ties with the Islamic Republic, expressing hope that fields of economic cooperation with Iran and investment of Singapore’s companies in Iran be provided as soon as possible.

In addition to economic cooperation, he noted, bilateral relations can also be strengthened in the cultural and educational areas as well as exchange of professors and students.

The official also underlined the will of his government to facilitate conditions for the expansion of bilateral ties and cooperation with the Islamic Republic of Iran.