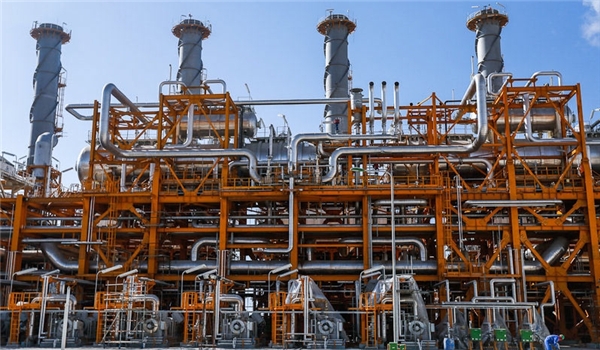 Money Control – Qatar has lifted a self-imposed ban on development of the world’s biggest natural gas field, the chief executive of Qatar Petroleum said on Monday, as the world’s top LNG exporter looks to see off an expected rise in competition.

Qatar declared a moratorium in 2005 on the development of the North Field, which it shares with Iran, to give Doha time to study the impact on the reservoir from a rapid rise in output.

The vast offshore gas field, which Doha calls the North Field and Iran calls South Pars, accounts for nearly all of Qatar’s gas production and around 60 percent of its export revenue.

“We have completed most of our projects and now is a good time to lift the moratorium,” QP Chief Executive Saad al-Kaabi told reporters Monday at Qatar Petroleum’s headquarters in Doha. “For oil there are people who see peak demand in 2030, others in 2042, but for gas, demand is always growing.”

The development in the southern section of the North Field will have a capacity of 2 billion cubic feet per day, or 400,000 barrels of oil equivalent, and increase production of the field by about 10 percent, when it starts production in five to seven years, he said.

Qatar is expected to lose its top exporter position this year to Australia, where new production is due to come on line.

The LNG market is undergoing huge changes as the biggest ever flood of new supply is hitting the market, with volumes coming mainly from the United States and Australia.

The flurry of LNG production has resulted in global installed LNG capacity of over 300 million tonnes a year, while only around 268 million tonnes of LNG were traded in 2016, Thomson Reuters data shows.

That has helped pull down Asian spot LNG prices by more than 70 percent from their 2014 peaks to $5.65 per million British thermal units (mmBtu).

Qatar’s decision to lift the moratorium, which came as a surprise to many, is seen as a sign the country will not sit by idly as others scoop up customers in a growing market.

The announcement coincides with the start of a major LNG industry conference this week in Japan, attended by many of Qatar’s competitors and potential new customers.

“It is a declaration of growth. They are back in the game to grow again, and which of course they are very capable of,” Maarten Wetselaar, director of Integrated Gas and New Energies at Royal Dutch Shell , said at the LNG conference in Japan on Tuesday.

“There’s a wedge of (LNG) demand opening up in the mid-2020s… (so) this is not a bad time to start looking at developing it,” he added.

An energy advisor to the Qatar government said he saw it as a preemptive step to warn competitors who are considering LNG investments that Qatar remains an aggressive seller.

“It will certainly give rivals something to chew on,” he said, declining to be named as he was not authorised to speak publicly.

“By the time this project comes online in five years or so it should be a good market for gas,” he said.

Iran, which suffers from severe domestic gas shortages, has made a rapid increase in production from South Pars a top priority and signed a preliminary deal with France’s Total in November to develop its South Pars II project.

Iran’s oil minister last week vowed to ramp up production of its part of the shared field.

“Iran’s gas production in South Pars can exceed Qatar’s before the end of new Iranian year (ending March 20, 2018),” Zanganeh was quoted as saying by the Tasnim news agency on Thursday.

Total was the first Western energy company to sign a major deal with Tehran since the lifting of international sanctions.

Kaabi said the decision to lift the moratorium was not prompted by Iran’s plan to develop its part of the shared field.

“What we are doing today is something completely new and we will in future of course … share information on this with them (Iran).”

The economy of Qatar, a future World Cup host with a population of 2.6 million, has been pressured by the global oil slump and in 2015 QP dismissed thousands of workers and has earmarked a number of assets for divestment.

QP is merging two LNG divisions, Qatargas and RasGas, to save hundreds of millions of dollars.

In February, Kaabi said Qatar would focus on seeking international opportunities by exploring for oil and gas in Cyprus and Morocco.

But the current low LNG price environment may deter investment in new supply projects, bringing tighter supplies and price spikes in the future.