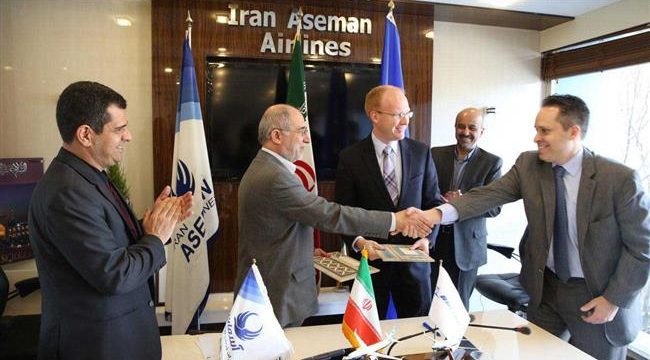 Boeing Co. said on Tuesday it has signed a new, $3 billion deal with Iran’s Aseman Airlines to supply 30 737 MAX aircraft to the carrier, the first major sale by a U.S. company to the Islamic Republic under new President Donald Trump.

Foreign Minister Zarif said US’s lack of commitment under the nuclear deal was not surprising, adding the mechanism of the deal was determined based on mutual distrust between the two sides.

President Hassan Rouhani sent a message to the President of the Russian Federation over St. Petersburg metro bombing and strongly condemned the terrorist attack, expressing Iran’s readiness to cooperate with the Russian government in this regard.

A member of the Iranian Parliament (Majlis) said on Monday that the Majlis is ready for any constructive cooperation to strengthen democracy, peace and security across the world.

Top General: Iran to stand firm against US psywar

Iran’s highest-ranking military official stressed that the armed forces will press ahead with plans to boost the country’s defense capabilities and deterrent power, saying that every effort will be made to counter the anti-Iran psychological warfare waged by the US and its allies.

Nobakht: Rouhani to run for a second term

Cabinet spokesperson has said President Hassan Rouhani will be the only cabinet member to register in the presidential elections of May 19.

Foreign secretary of Pakistan Tehmina Janjua briefing the parliamentarians on Tuesday said Islamabad is trying to reduce tensions between Iran and Saudi Arabia.

The new planes ordered by Iran after the lifting of nuclear sanctions will create 20,000 direct jobs in Iran, an official with the Civil Aviation Organization of Iran said.