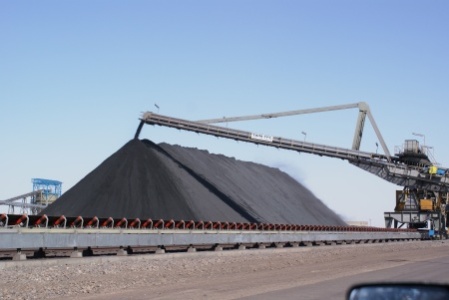 Financial Tribune – Iran finally became self-sufficient in iron ore pellets after a long period of deficit and is set to export pellets following large-scale expansion of its pelletizing capacity.

The Middle East and North Africa region could be one of the most promising sales destinations, as it is facing a shortage of direct reduced pellets, although Iran is unlikely to target this market.

According to Metal Expert, Iran will prefer other destinations instead, China in particular.

Domestic demand for pellets in Iran is estimated at 28-29 million tons per year. As it is in excess to the local market needs, Iran can export the surplus.

According to Metal Expert’s estimation, the export potential is at least 3 million tons in case of favorable market conditions and full utilization of pelletizing plants.

Moreover, the government is providing local producers with additional support, as it plans to cancel the export duty on pellets starting from the beginning of this year.

“The prospect for exports of pellets from Iran is very clear. Iran became self-sufficient in the segment and will start its export from Q2 2017 by removing 15% export duty,” a market source remarked.

China is considered the most promising export destination for Iranian pellet suppliers, as there is strong demand for different kinds of iron ore there, fines, BF and DR pellets, lumps, etc.

“I believe that it will be easier to export to China, given the fact that they already buy concentrate and other raw materials from Iran,” an ISPA representative explained.

Nevertheless, there is the possibility that Iran may not fully benefit from supplies to China in terms of prices as Chinese companies are more oriented on cheaper BF pellets than DR pellets, which is considered a premium product. It is worth mentioning that during the 11 months of the previous Iranian year (March 21, 2016–February 19, 2017) Iranian miners exported 18.5 million tons of iron ore, 96.6% of which were shipped to China, according to Iranian Mines & Mining Industries Development & Renovation Organization.

At the same time, the MENA market, especially Egypt and Arab countries on the periphery of the Persian Gulf, has much higher potential amid the shortage of high-quality DR pellets after the Samarco dam accident. “Although there is shortage of DR pellets in the market, there is some semblance of adjustment as some DR plants in North Africa are working at low capacity,” a market insider told Metal Expert.

However, Iranian iron ore producers are not in a hurry to expand their presence there due to several reasons.

Moreover, they managed to ramp up shipments to the region after the stoppage of Samarco. Consequently, it will be difficult for Iran to attract the MENA buyers.

“I doubt any MENA countries are willing to purchase DR pellets from Iran,” says an IROPEX representative.

“Customers are not flexible in switching between pellet suppliers. It is a commercial issue and I’m not sure that buyers wish to change a supplier,” an ISPA spokesman commented.

And even more important is the political issue. In 2016, Saudi Arabia and Bahrain cut diplomatic and trade relations with Iran, which affected steel trade as well.

“The prospects of further collaboration [between Iran and Persian Gulf Arab countries] will depend on politicians. This is more political rather than economic issue,” a market source told Metal Expert.

In addition, export potential of Iran in raw material segment is highly dependent on the price trend in the global market.

“The breakeven point of Iranian iron ore mines is around $50-55/ton. It means if the global iron ore benchmark is below this figure, Iranian miners are at loss,” Tehrani said.

So, Iranian iron ore exports will continue, as long as the price situation remains favorable.

Besides, the current pellet surplus in Iran is temporary, as pelletizing capacity is being expanded in the framework of Iran Steel Comprehensive Plan, which includes production of 55 million tons of crude steel by 2025.

Thus, with the launch of new steelmaking facilities, additional pellet volumes will be consumed by the local market. In fact, pelletizing capacity is expanding quicker than concentrate production and exploration works, which will limit Iran’s potential in DR pellet exports.

“Iran announced a number of projects aimed at raising concentrate production. However, the problem is that processing plants as well as pellet and DRI production require higher volumes of iron ore. Meanwhile, access to raw material resources is now a problem for Iran,” a market source said.