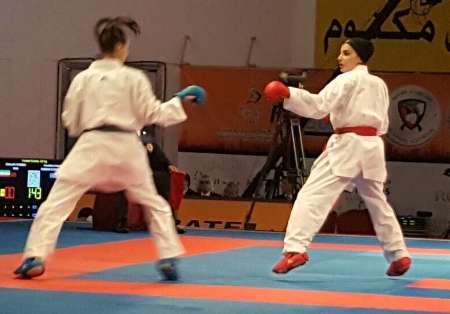 The Iranian athelete had already defeated representatives of Macau, Chinese Taipei, Turkey and Indonesia respectively to reach the semi-final.

Chalaki had earned a bronze and a sliver medal through her experiences in Turkey and Japan’s Karate 1 competitions held in 2012 and 2014 respectively.

According to the official website of World Karate Federation, the Karate1-Premier League is the most important league event in the world of Karate. It comprises of a number of the most prominent Karate competitions and endeavors to bring together the best Karate athletes in the world in an open championships of unprecedented scale and quality.

Initiated in 2011 with two tournaments held in Paris and Istanbul, the Karate1-Premier League- has made exponential progress in terms of magnitude and status of the tournaments as well as the number of participants and countries represented.