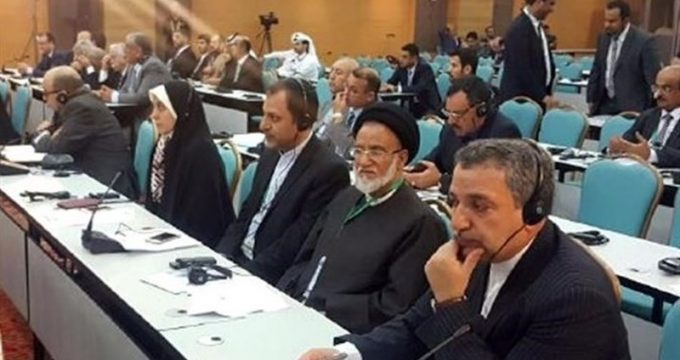 The Iranian team is comprised of seven lawmakers, including two women.

In the first event on the sidelines of the conference on Saturday morning, two Iranian MPs participated in a meeting of forum of female parliamentarians of the IPU.

The 136th IPU assembly and related meetings will go on until April 5.

Established in 1889, the Inter-Parliamentary Union (IPU) is the international organization of world parliaments. The union is the focal point for worldwide parliamentary dialogue and works for peace and cooperation for the establishment of democracy around the globe.

Delegations attending IPU assemblies customarily include MPs from all parties. The assembly convenes on a biannual basis, in spring and autumn.