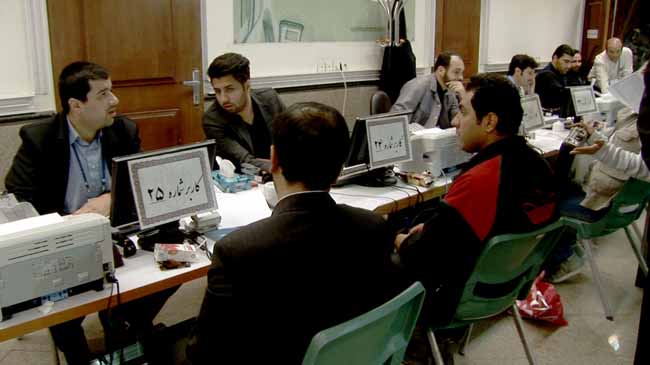 Press TV – The registration process for Iran’s City and Village Councils Elections has entered its final day with more than 200,000 people having put their name down for the polls so far, Iranian Interior Minister Abdolreza Rahmani Fazli says.

Rahmani Fazli told reporters in Tehran on Sunday that 200,535 people had completely signed up for the upcoming elections so far since the beginning of the registration on March 20, saying a total number of 110,000 candidates would be elected to the councils.

He added that the figure for the nominees so far includes 38,960 people, who have registered for the city councils elections and 161,575 others signing up for the village polls across the country.

The interior minister noted that the registration process would end at 24:00 local time (1930 GMT).

Iran will simultaneously hold the 12th presidential election and the 5th City and Village Councils Elections on May 19.

The registration process for the presidential election is scheduled to begin on April 11 and will last for five days.

The Islamic City Council of Tehran currently has 31 members; however, it will decrease its members to 21 people in accordance with a legislation passed by the Iranian lawmakers in June 2016.

Meanwhile, the deputy governor of Tehran Province for political and social affairs, Shahabeddin Chavoshi, told IRNA on Sunday that 7,519 people, 897 women and 6,622 men, had registered for the City and Village Council Elections in the province over the past seven days.

He added that 4,411 people had registered for the city council elections and 3,108 others had signed up for the village polls.

The official noted that some 6,200 ballot boxes were prepared for the twin elections across the province.

Chavoshi said electronic voting machines would be used in 19 cities in Tehran Province, which have seats with 7-9 members at the city councils.

In an address to a huge gathering of pilgrims in the holy Iranian city of Mashhad on March 21 on the first day of the Persian New Year, Leader of the Islamic Revolution Ayatollah Seyyed Ali Khamenei described as “very important” the issue of elections in the Islamic Republic, whether it be the presidential, parliamentary or city council polls.

“Elections are one of the two pillars of religious democracy,” the Leader said, adding, “We boast to the world courtesy of our elections and the enemies ignore our elections in order to deal a blow to the Iranian nation and the Islamic Republic.”