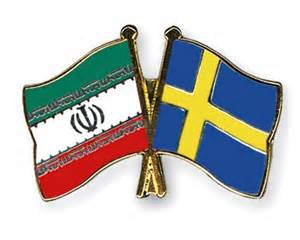 Tasnim – A Swedish company has come up with an innovative solution which both bypasses US sanctions and does away with the need for banks to process transactions with Iran, a report said.

Brave New World Investments AB is reportedly accepting deposits in bitcoin which it converts to Iranian rial and invests in equities on the Tehran Stock Exchange (TSE).

With some US sanctions against Iran still in place in spite of a nuclear agreement, major banks have been refusing to finance deals with Tehran out of fear of running afoul of opaque American laws.

Brave New World has become the first known company in Europe to incorporate without a bank account and handled all the initial funding in bitcoin.

The team behind the venture is experienced in finance and technology in Europe and the Middle East, according to Finance Magnates, a global information portal offering online financial trading news and research.

The new firm’s Mikael Johansson said they operate completely with cryptocurrency on behalf of their European shareholders while also searching for angel investors among the Iranian and bitcoin communities in Europe, Press TV reported.

“Now we simply do not have a Swedish bank account. However, we do have an Iranian bank account for the equity investments. We pay our bills, shareholder dividends, Iran deposits – everything – in cryptocurrencies,” he said.

TSE is among the five biggest markets in the Middle East, where more than 300 companies are listed with a market capitalization of around $100 billion.

The lifting of sanctions generated a tide of euphoric mood in anticipation of money from outside the country flowing into Iranian stocks. Investors were encouraged by prospects of economic growth and the Iranian market’s low valuations.

However, Iranian officials have said the US was “terrorizing” the Europeans into shunning business with Iran despite the lifting of the sanctions.

Some European banks have reportedly discussed resumption of trade financing in Iran but they have yet to move in.

According to Johansson, Brave New World got to think of the venture as the sanctions against Iran started to get dismantled in early 2016 but none of the Swedish banks wanted to help the firm.

“There are no sanctions in Sweden or in the European Union obstructing Swedish-Iranian investments, so we are not breaking any laws in our jurisdiction,” he said.

“We religiously follow anti money laundry directives set by the relevant institutions of Sweden and the European Union,” he added.

Johansson’s company will not have US operations nor US investors for an indefinite future due to the current American sanctions against Iran.