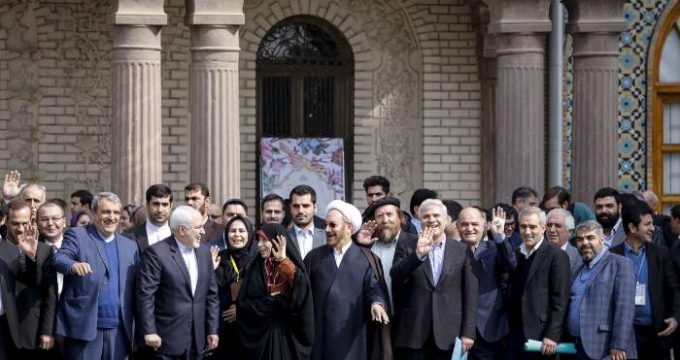 IRNA – Vice-President and Head of Iranian Cultural Heritage, Handicrafts and Tourism Organization describes Norouz as an ultra-national and global festival with Iranian roots.

Zahra Ahmadipour made the description at a ceremony on Sunday to celebrate Norouz in Tehran.

Norouz, as spelled in Persian, means the New Day and marks the beginning of spring according to the ancient Iranian solar calendar.

It also marks the first day of the first month (Farvardin) in the Iranian calendar and usually occurs on 21 March or the previous or following day, depending on where it is observed. Millions of people in Iran and a number of other countries across the globe celebrate Norouz.

The vice-president, at the ceremony, said that Norouz is an important symbol of the rich culture of Irnians.

Referring to Norouz as a global event dating back to at least 6th century BCE, Ahmadipour said that the annual commemoration of Norouz indicates that it is the festival of peace, friendship, convergence and relationships between the world people.

Norouz is celebrated by more than 300 million people worldwide on the day of the spring Equinox, which marks the sun’s crossing of the Equator and the start of spring in the Northern Hemisphere.

Celebration of Norouz with 12 countries as the members of the United Nations Educational, Scientific and Cultural Organization (UNESCO) nomination file is an opportunity for the world to be inspired by this cultural event and take steps towards global peace and security, Ahmadipour noted.

Norouz, the biggest international file, was registered in the list of UNESCO Intangible Cultural Heritage in 2009.