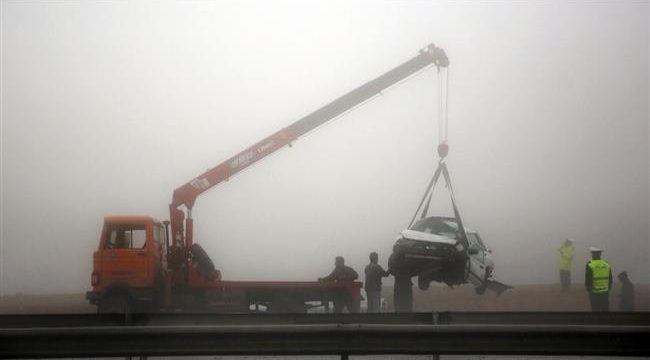 Press TV – At least one person has been killed and many more wounded in a multiple-vehicle collision on a road leading to the northeastern Iranian city of Mashhad.

“So far, 63 passengers have been injured in the accident and one has lost his life,” the head of Iran’s Center for Emergency Medical Services, Pir Hossein Kolivand, said on Friday of the pile-up in Razavi Khorasan Province.

He added that the accident occurred in conditions of thick fog and low visibility and noted that those requiring advanced medical attention have been transferred to hospitals in nearby cities.

According to IRNA, at least 130 cars were involved in the pile-up.

Traffic police reported on Friday that 160 people have lost their lives and over 3,000 injured in road accidents across Iran since the beginning of the Iranian New Year on Monday. Many Iranians have hit the roads for the holidays.

The officials say reckless driving is to blame for most of the road crashes.

Iran has a high death rate resulting from road traffic accidents in the world.

The high number of deaths in traffic accidents comes despite major steps taken by the Iranian government over the past years for the enhancement of the quality of the country’s roads and improvement of the safety standards in automotive industry.