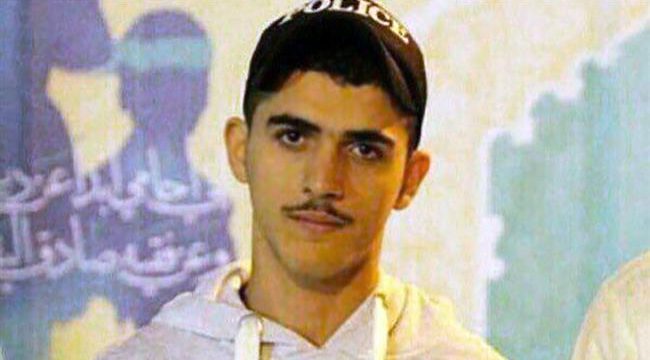 Mustafa Hamdan succumbed to his injuries at Salmaniya Medical Complex in the capital Manama on Friday. Doctors at the public hospital told Hamdan’s family that the 17-year-old teenager had stopped responding to treatment since previous day, Arabic-language Bahrain Mirror news website reported.

Hamdan was struck in the head on January 26, when Al Khalifah regime’s mercenaries attacked a sit-in near Sheikh Qassim’s residence in the northwestern village of Diraz, firing live bullets at unarmed protesters.

Doctors were unable to do anything about the bullet that had lodged inside Hamdan’s head.  He was left clinically dead and could not be brought back to life.

People took to Diraz streets as soon as the news of the teenage protester’s death broke. They held up pictures of Sheikh Qassim and carried banners in commemoration of Hamdan, vowing to continue their unwavering support for the top Shia cleric.

Al Khalifah regime forces clashed with protesters in Karbabad, a village located in northern Bahrain, which is the birthplace of the slain teenager.

On March 14, a Bahraini court adjourned until May 7 the trial of Sheikh Qassim.

The spiritual leader of Bahrain’s dissolved opposition bloc, the al-Wefaq National Islamic Society, was stripped of his nationality on June 20, 2016, over accusations that he used his position to serve foreign interests and promote sectarianism and violence.

The 77-year-old clergyman has denied the allegations, refused to be assigned a lawyer and declined to attend any of the trial sessions. Qassim faces up to 15 years in jail if found guilty.

The trio are accused of laundering money and raising funds without licenses in connection with the practice of Khums – a religious tax which followers of Islam pay to their highest religious authorities for use in charities and other donations.

Anti-regime protests have been held in Bahrain on an almost daily basis ever since a popular uprising began in the kingdom on February 14, 2011.

Protesters are demanding that the Al Khalifah dynasty relinquish power and a just system representing all Bahrainis be established.

On March 14, 2011, troops from Saudi Arabia and the United Arab Emirates were deployed to Bahrain to assist Manama in its crackdown on peaceful protests. Since then, scores of people have lost their lives and hundreds of others have sustained injuries or been arrested.