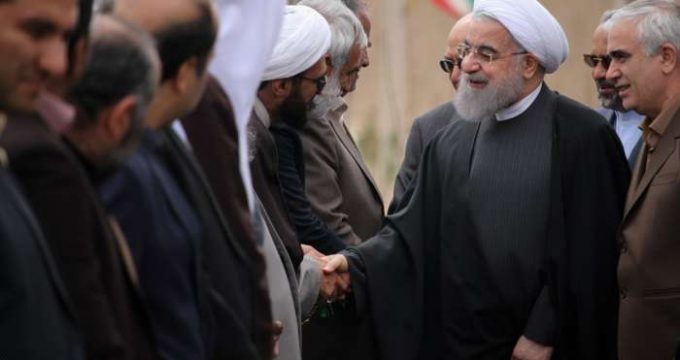 IRNA – President Hassan Rouhani said on Wednesday evening that creating more job opportunities for the Iranian youth is a top priority for the government.

President Rouhani made the remarks prior to end his visit to this northeastern province where he inaugurated a number of development projects.

Addressing a number of the Iranian youth and cultural, political, economic and scientific elites, he touched upon the Supreme Leader of the Islamic Revolution Ayatollah Seyyed Ali Khamenei’s measure for naming the New Year as the year of “Economy of Resistance, Production and Employment”.

President Rouhani underlined that all Iranian youth should enjoy a proper job opportunity.

Putting the number of the Iranian university students at five million, President Rouhani reiterated that in the recent years, some 700,000 job opportunities have been created nationwide.

Praising the country’s economic achievements in the previous year, he said that his government has managed to achieve major goals in different fields of economic, political, cultural and social activities.

President Rouhani heading a delegation had traveled to Birjand on Wednesday (March 22) to inaugurate several development projects in this northeastern province.