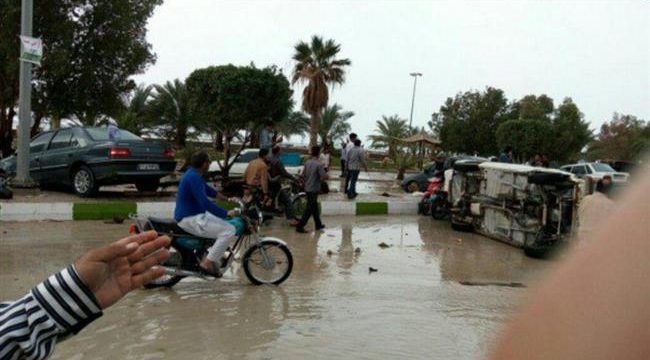 Press TV – At least one person has lost his life and five others have gone missing after huge sea waves caused by strong winds smashed into the port city of Dayyer in the southern Iranian province of Bushehr.

Governor of Dayyer Hamzeh E’temad said on Sunday that the body of one of the victims was retrieved from the sea.

He noted that the body belonged to a 40-year-old man, who had drowned after storms and flooding caused by seawater hit the port city.

E’temad added that search and relief operations were ongoing to establish the fate of the five missing with divers deployed to the scene.

The huge waves and ensuing floods in Dayyer also injured at least 20 people and inflicted heavy damage on public property.

Meanwhile, the head of the medical emergency center of Bushehr Province, Abdolrahim Dadjou, told reporters that the cities of Assaluyeh and Nakhl Taqi have been affected by Sunday’s natural disaster, adding that two people were wounded in the two cities.

He added that the waves were estimated to be more than three meters high.