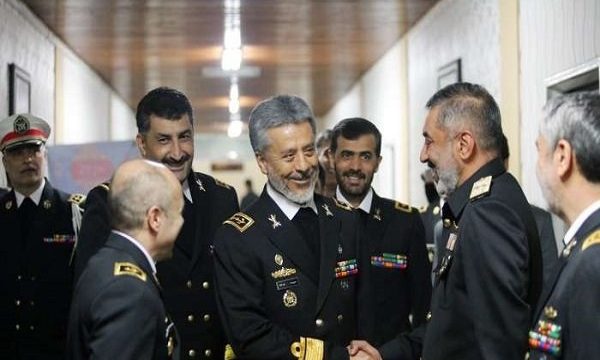 The Iranian Navy Commander is visiting the Southeast Asian country at the invitation of his Malaysian counterpart Admiral Ahmad Kamarulzaman Ahmad Badaruddin.

He is slated to make a visit to Malaysia’s west coast on Sunday evening in order to participate at the biannual Langkawi International Maritime and Aerospace Exhibition (LIMA) 2017.

During his stay, Read Admiral Sayyari is also scheduled to meet and talk with a number of high-ranking military officials from Malaysia and other countries.

LIMA is one of the largest maritime and aerospace exhibitions in the Asia-Pacific, and is focused mainly on the defense industry, but also supports civilian industries. In 2013, LIMA recorded an overall growth of 10%, with 433 exhibitors from 31 countries, 333 defense delegations from 38 countries, 632 media personnel from 127 agencies, 68 ships and 78 aircraft attending the show. The 5-day event also saw 38,421 trade visitors from both defense and commercial sectors from all around the world, as well as 135,691 public visitors.

In the 2015 edition, trade contracts worth 2.11 billion dollars were inked indicating a 121% growth as compared to 2013 while the upcoming event is expected to experience a similar snowballing.