A look at Iranian newspaper front pages on March 18

IFP – IFP has taken a look at the front pages of Iranian newspapers on Saturday and picked headlines from 12 of them. IFP has simply translated the headlines and does not vouch for their accuracy.

On the last working day of the Iranian calendar year, newspapers congratulated the nation on the arrival of spring and the New Persian Year, Nowruz.

They also covered the agreement between Iran and Saudi Arabia based on which thousands of Iranian pilgrims will go on Hajj pilgrimage this year.

The inauguration of phases 20 and 21 of the giant South Pars Gas Field also received great coverage.

1- The Year When Hope Will Continue

2- Prosecutor General: Cyberspace Cannot Be Taken Away from People 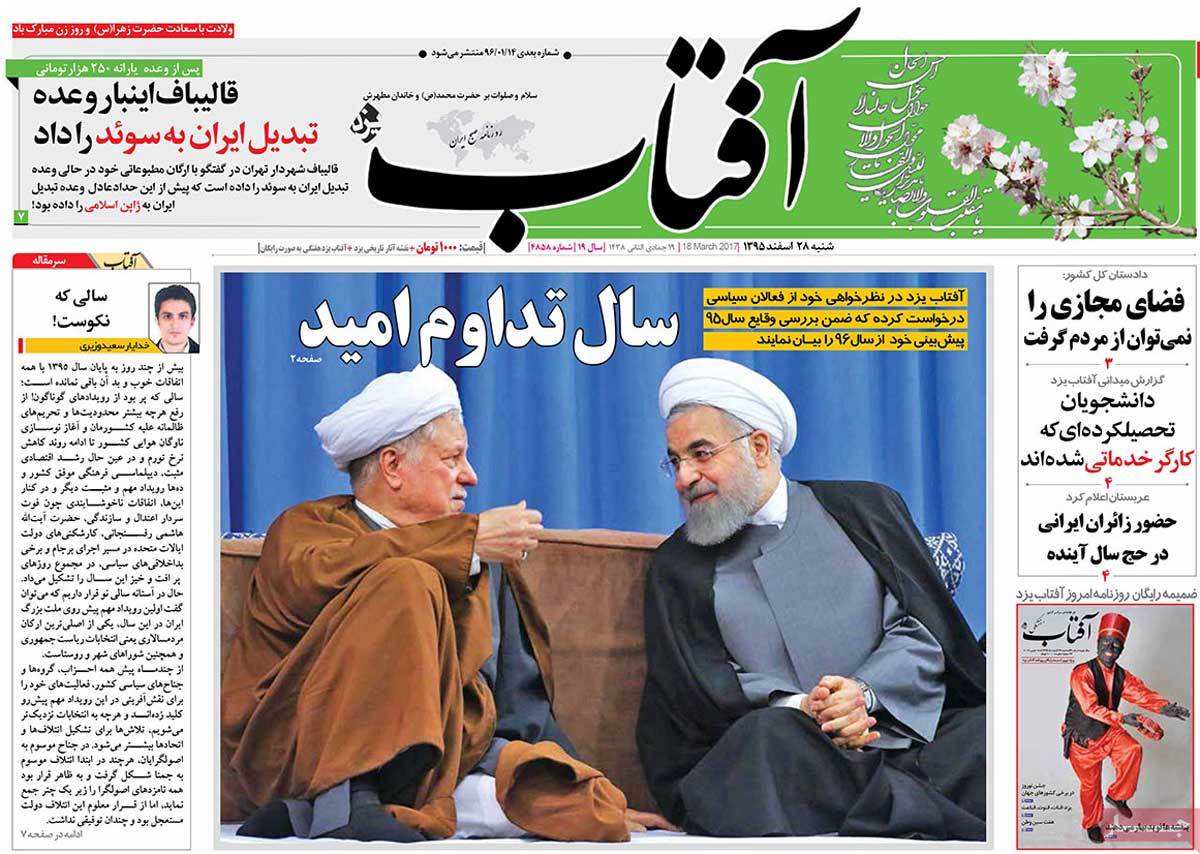 1- Rouhani, the Mouthpiece of Peace in New Iranian Year 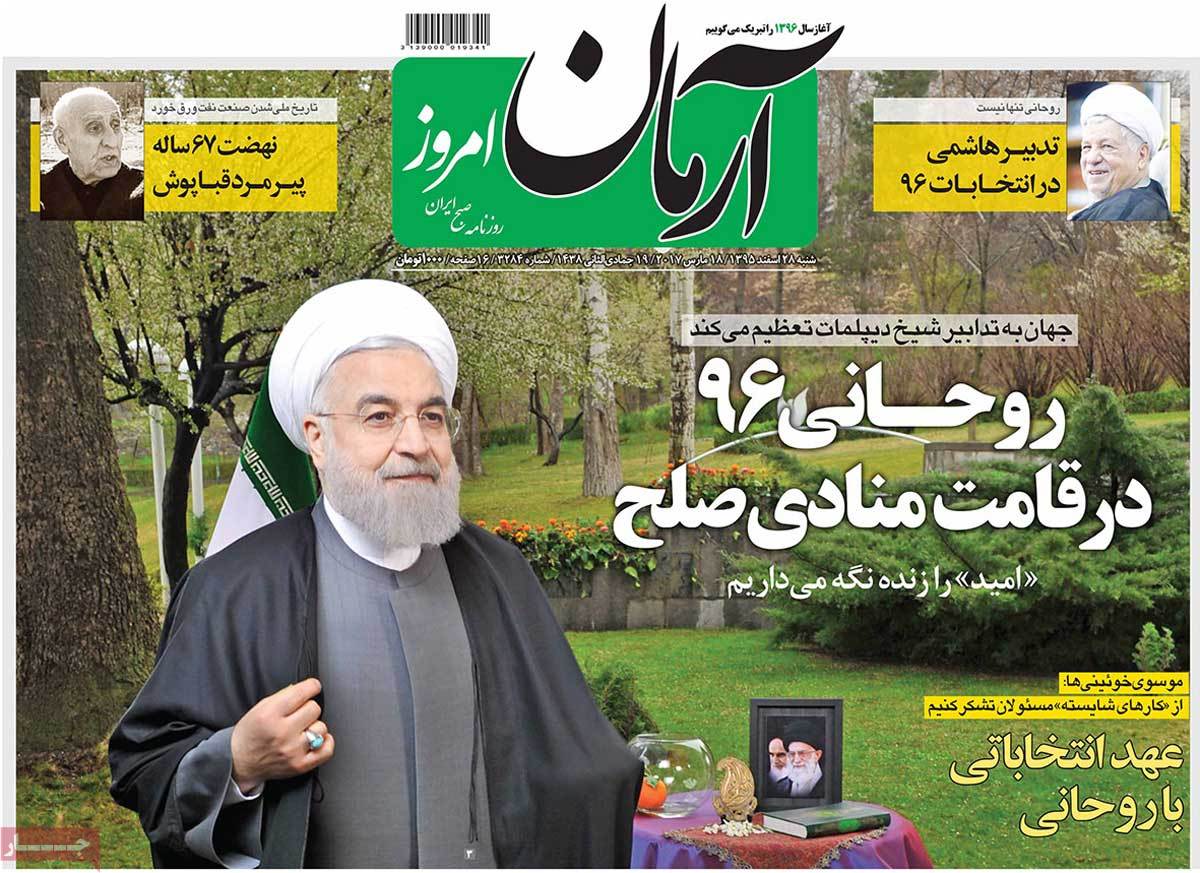 1- Towards Destiny: Previous Year’s Calendar Closed with All Its Joys and Sorrows 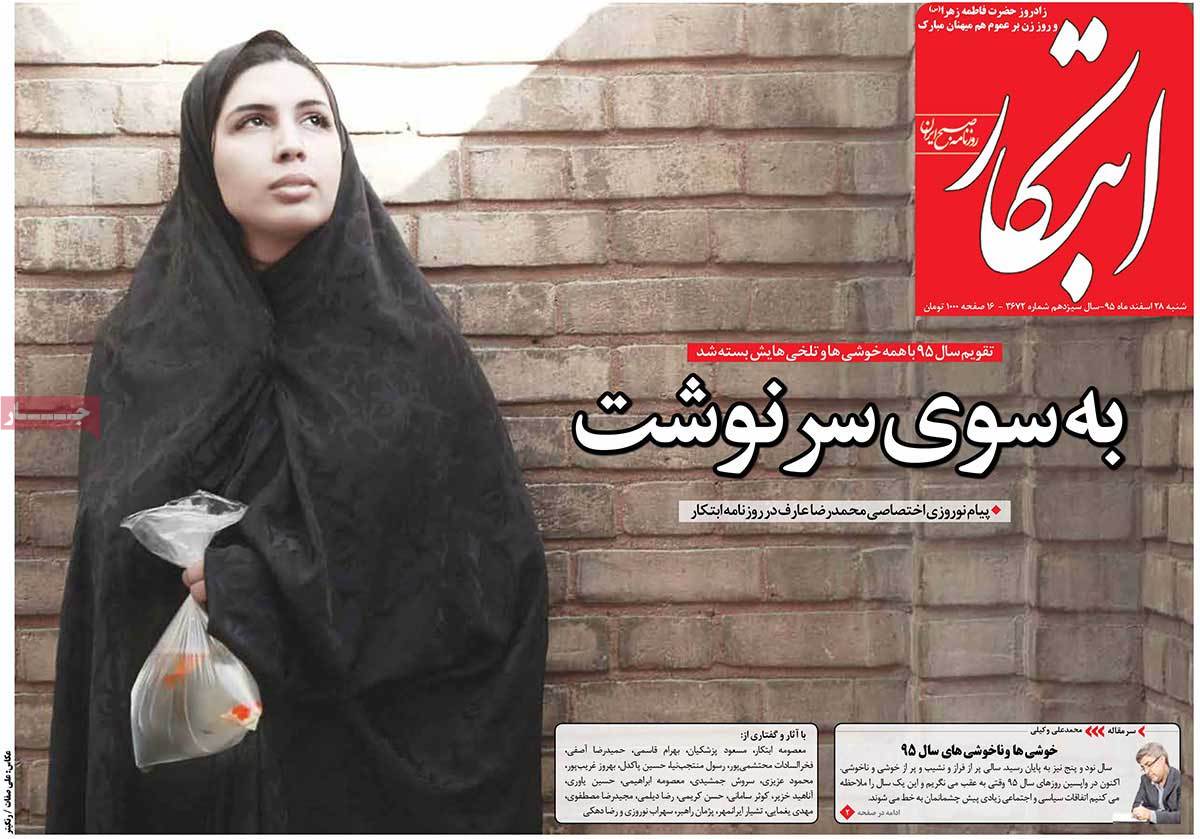 1- Best Wishes for Iran: We hope to hear best news for the country and people in next year 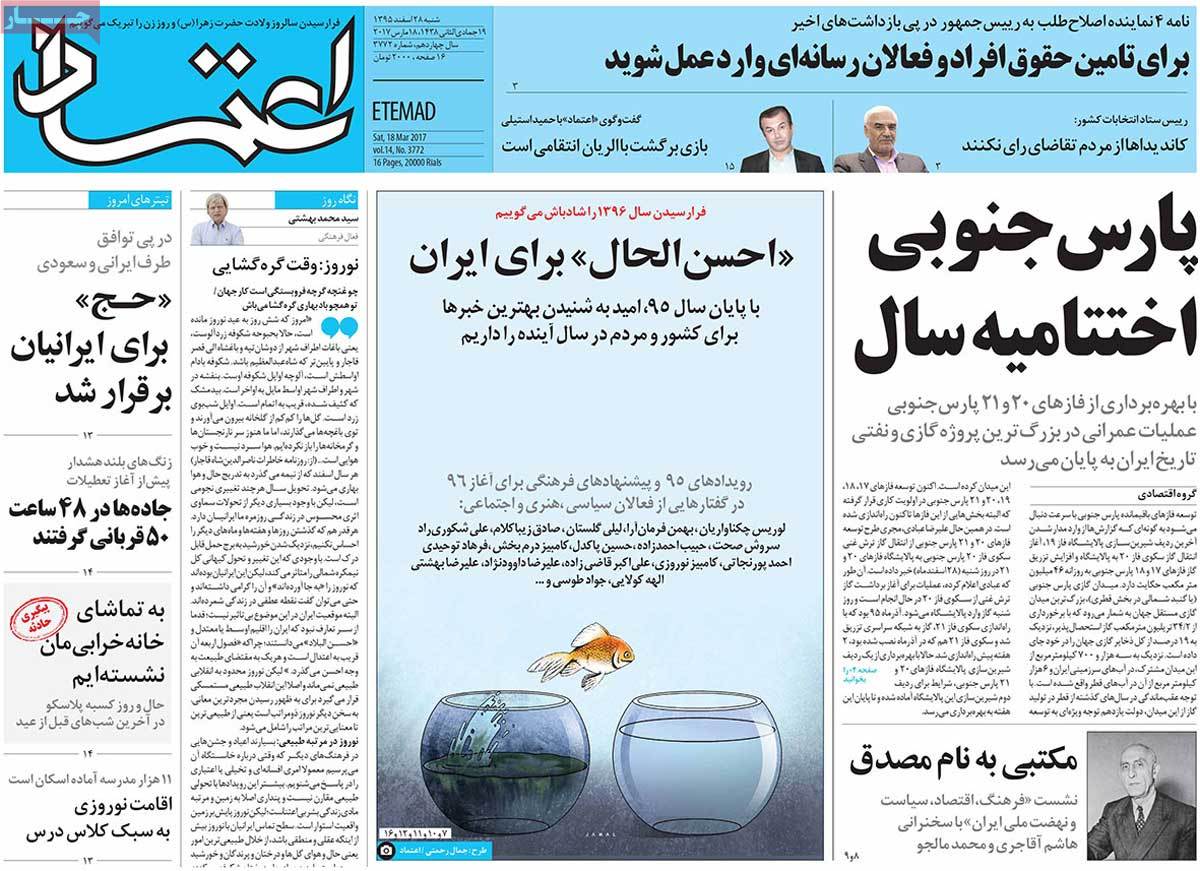 3- 85,000 Iranian Pilgrims to Go on Hajj Pilgrimage Next Year 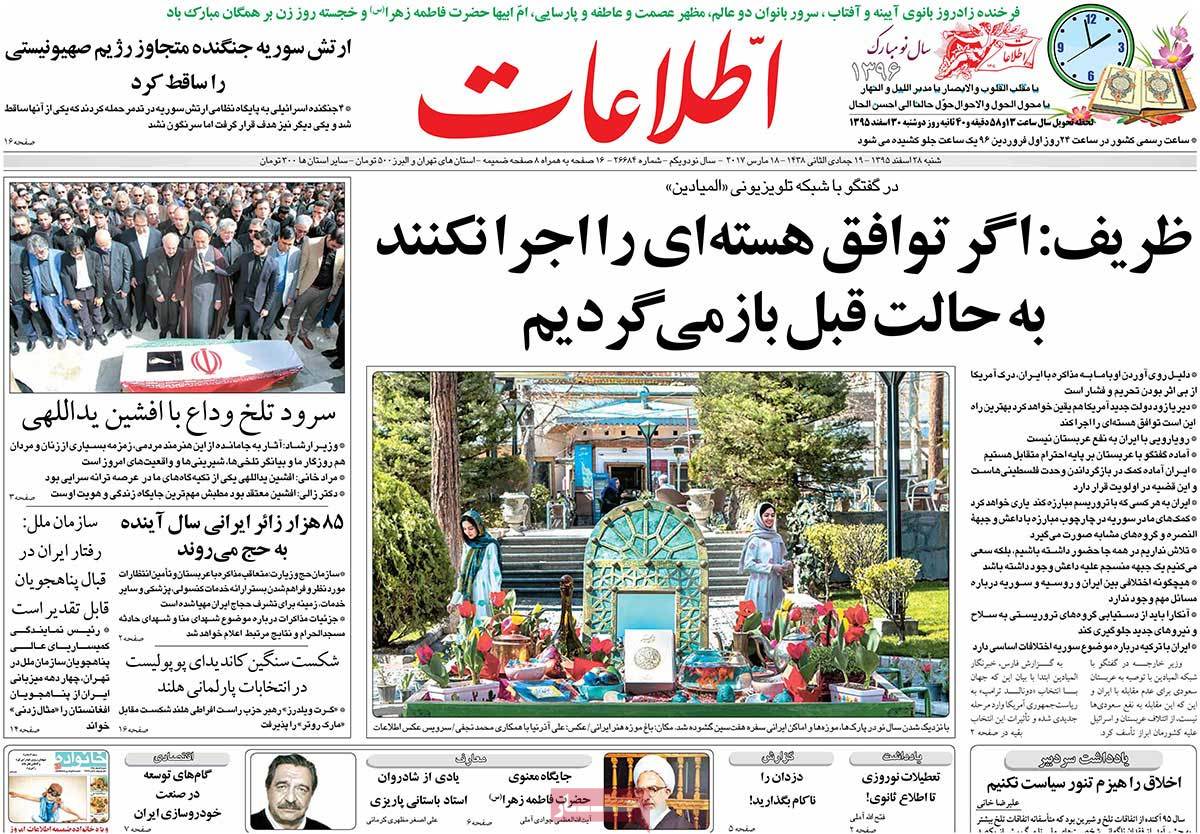 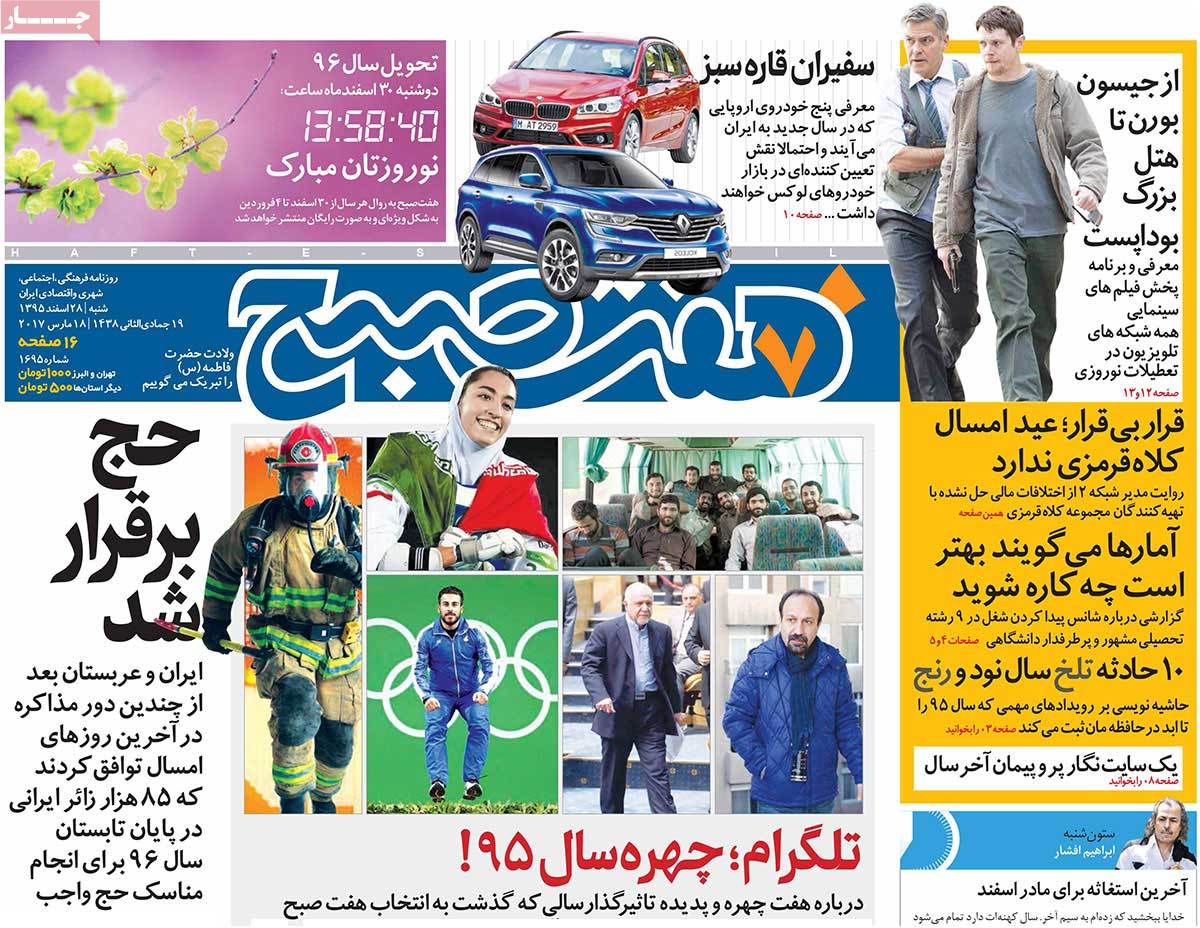 1- Iranians to Go on Hajj Pilgrimage

2- Nowruz to Be Celebrated in Iran’s Cultural Capital 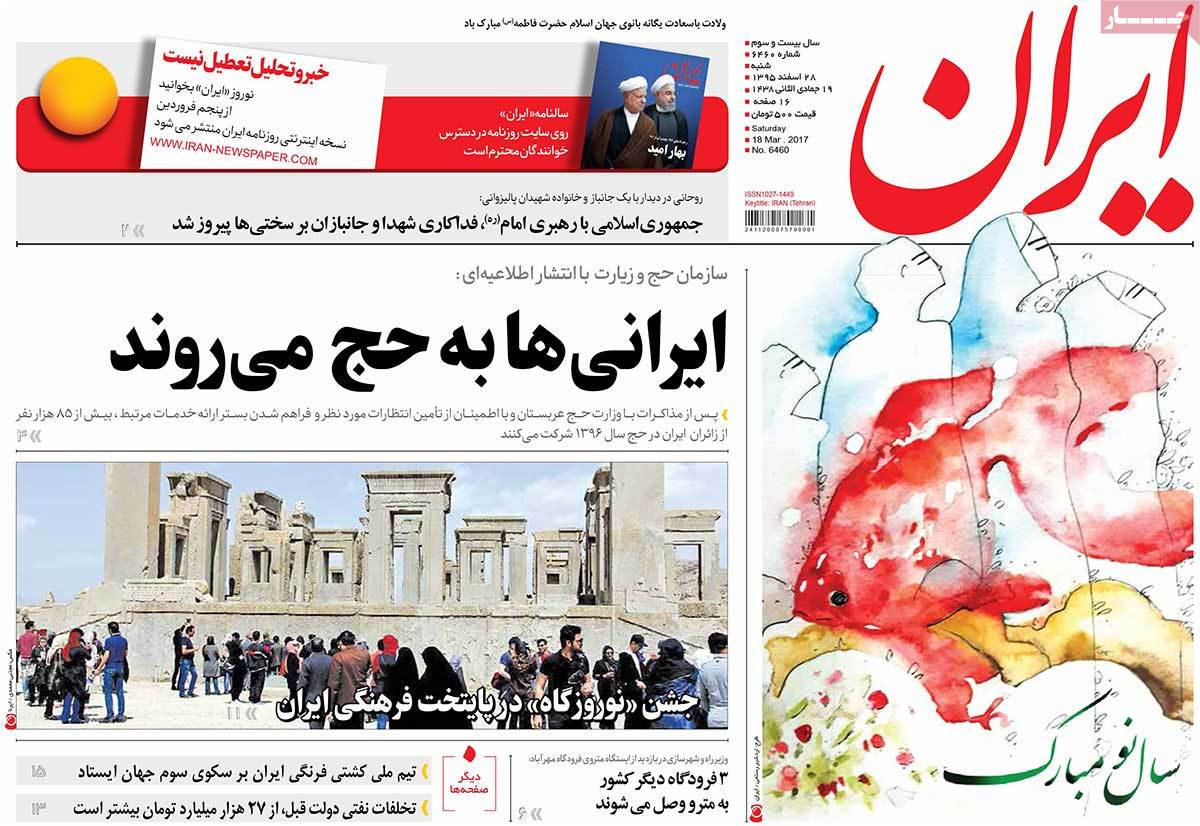 1- Nowruz, an Opportunity to Be Friendly with Nature 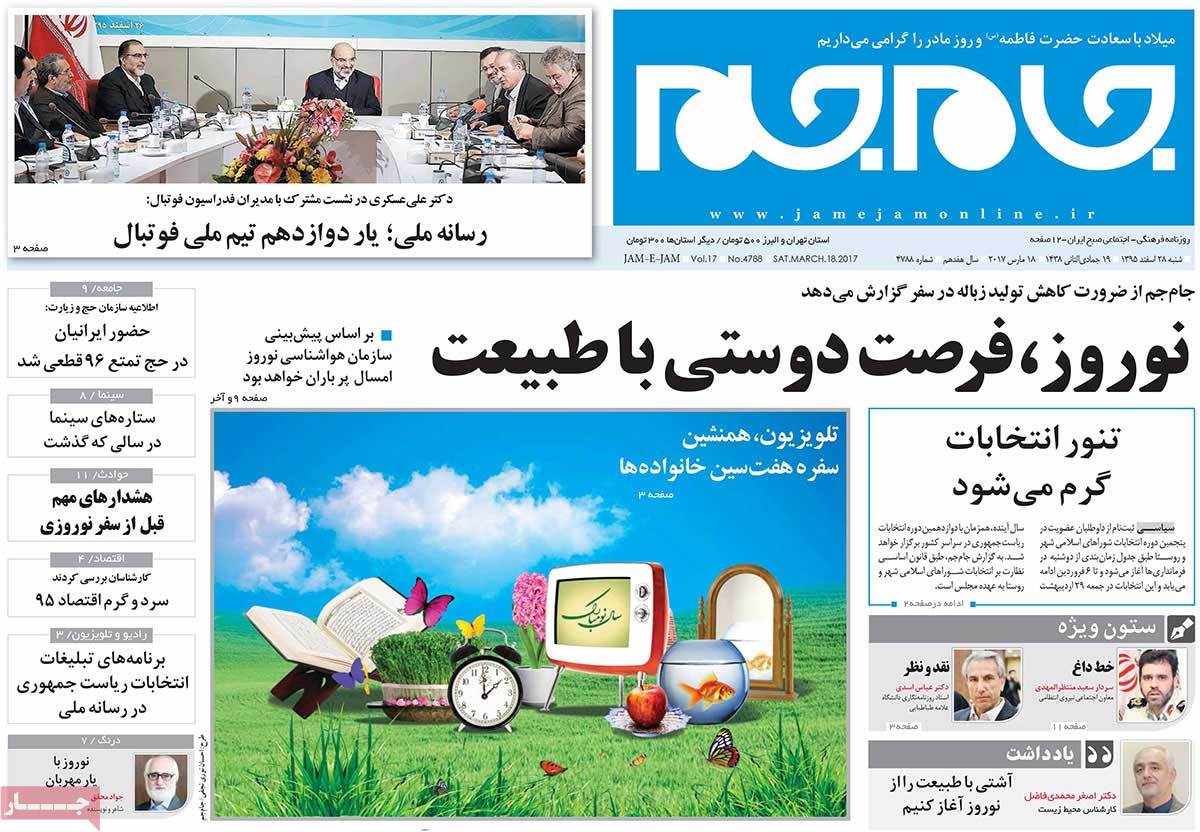 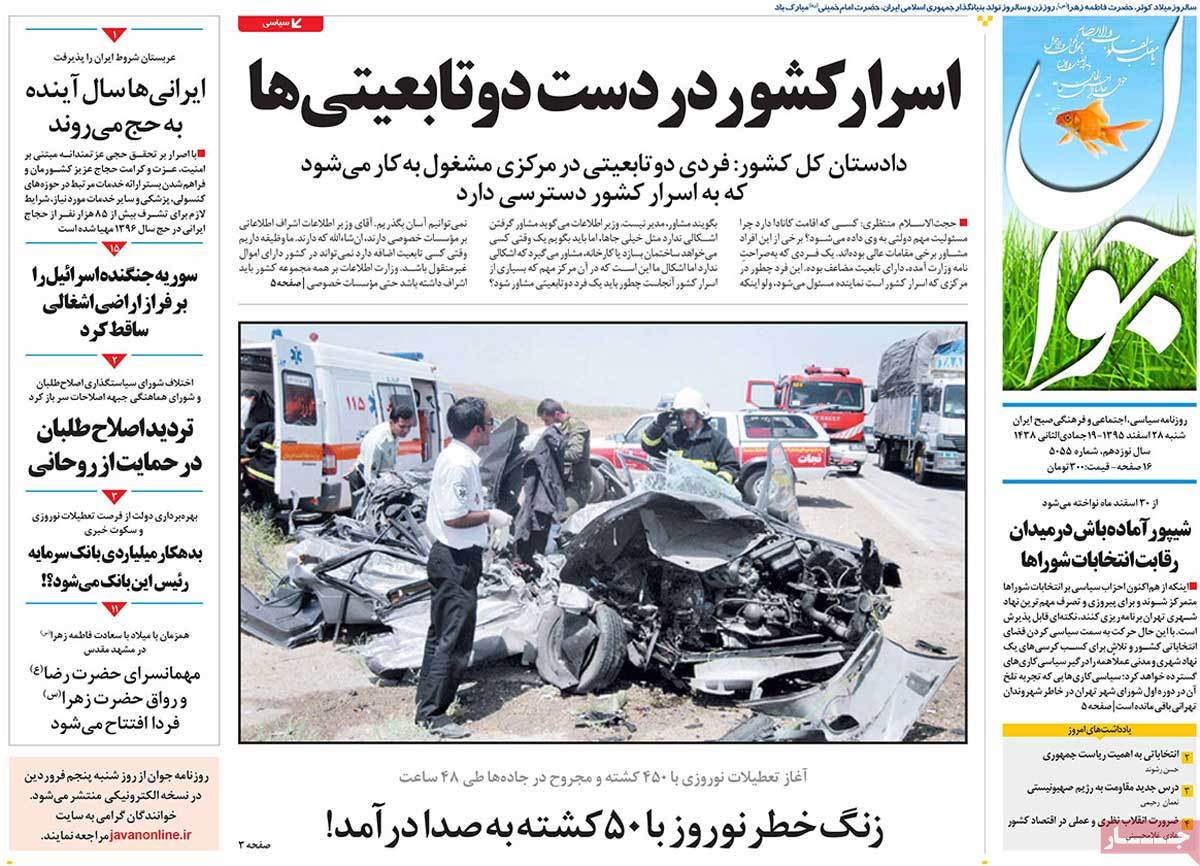 1- A Review of Iran Leader’s Recommendations in Previous Year

2- Zarif: Harshest Sanctions Were Imposed on Iran in Obama’s Term 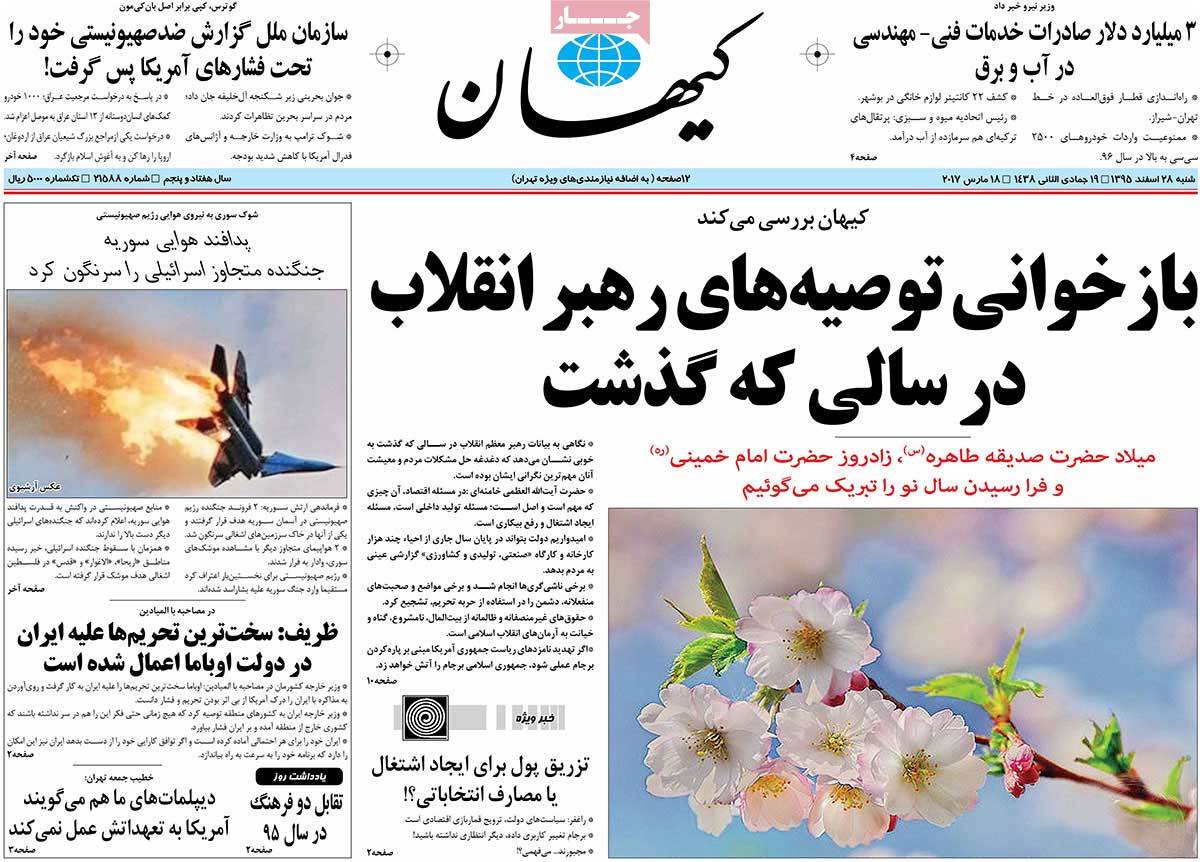 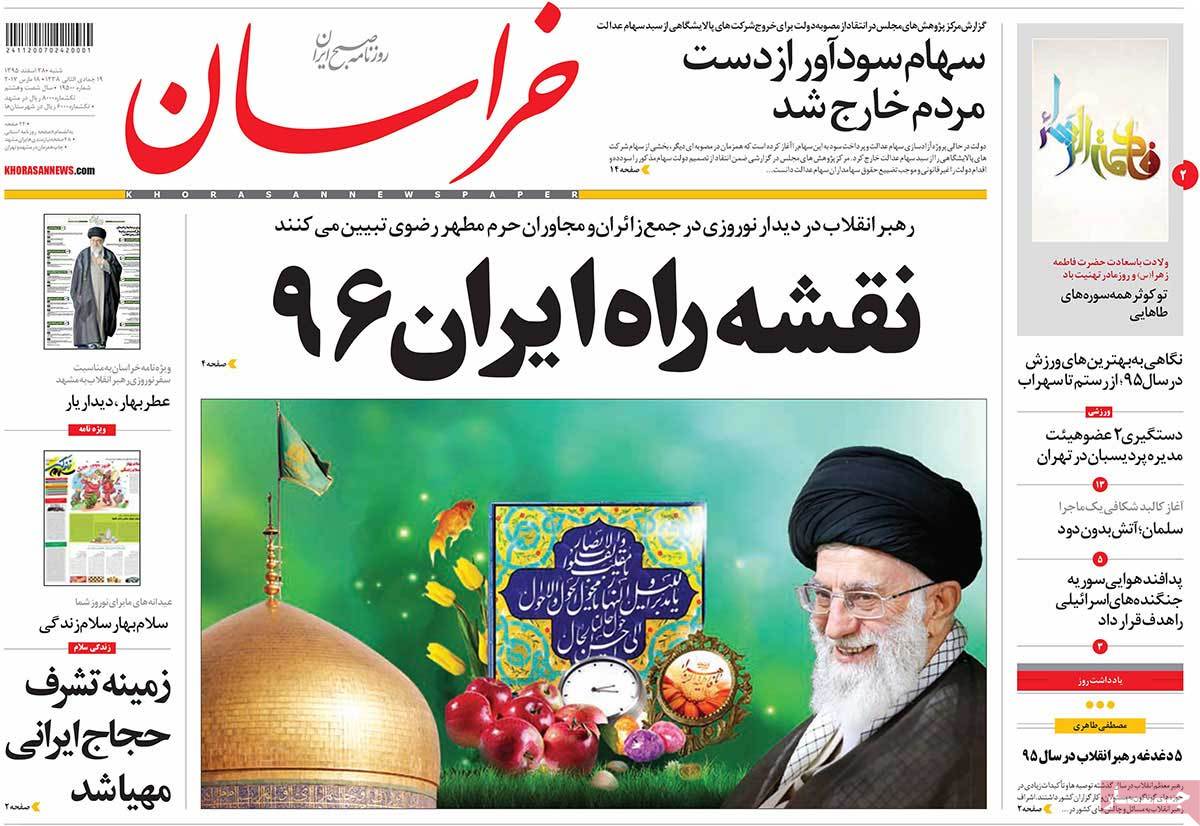 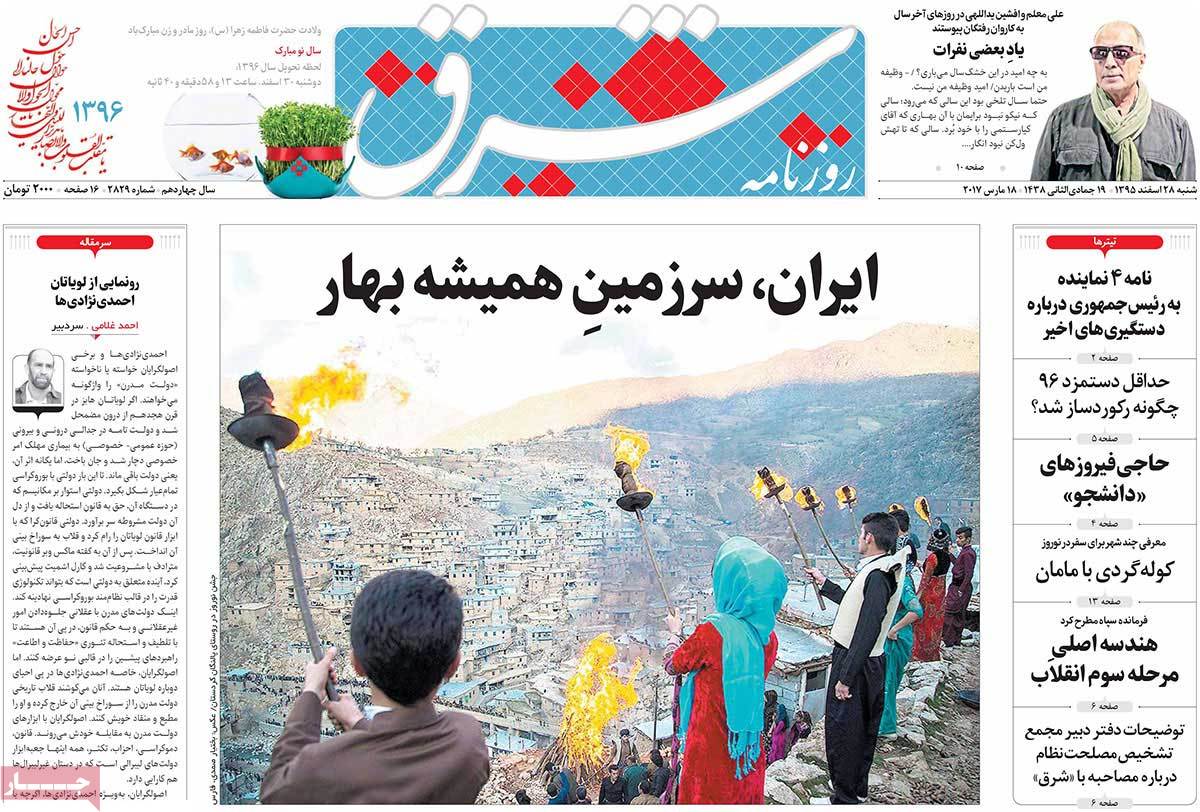