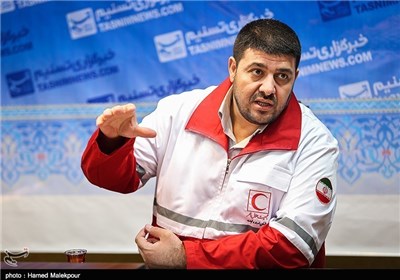 Tasnim – Firecracker-related incidents left 10 people dead and over 2,350 others injured in Chaharshanbe Soori, a fire festival held on the eve of the last Wednesday of the Iranian calendar year, the head of Iran’s Center for Emergency Medical Services said Wednesday.

Pir Hossein Kolivand said hospital statistics show that 2,351 people were injured as a result of firecracker-related incidents on Tuesday.

Of those injured, 600 individuals were hospitalized, he said, adding that so far 158 of them have been released from hospitals.

Five of the wounded were in critical condition and were immediately moved to Intensive Care Unit (ICU), Kolivand said.

According to the head of Iran’s Center for Emergency Medical Services, seven people lost their lives in the northwestern city of Ardebil as a result of a fireworks-related incident on March 11.

Three more people were killed in different parts of the country on Tuesday, bringing the total death toll to 10, Kolivand continued.

The official went on to say that this year’s fire festival day witnessed a 50 percent fall in the number of casualties compared to the same day last year.

Every year, authorities launch public awareness campaigns about the dangers of fireworks. During last year’s festival, three people were killed and more than 2,500 injured.

This year’s publicity campaign has also called for “respect” for 16 firefighters who were martyred battling a blaze in a Tehran high-rise in January.

It marked a moment of extreme sadness for the Iranian people. The firefighters have been esteemed as national heroes who sacrificed their own lives to save others.

Although it has been marred by incidents in recent years as a result of inattention to authorities’ warnings about the dangers of fireworks, the Chaharshanbe Soori festival is an ancient tradition full of special customs and rituals.

They include jumping over fire. As the sun sets, people light up fires and gather around to jump over them. As they do this, they sing “zardi-ye man az toh, sorkhi-ye toh az man” meaning my yellow is yours, your red is mine. In this ritual, they ask the fire to take their paleness and problems and in return give them energy and warmth.