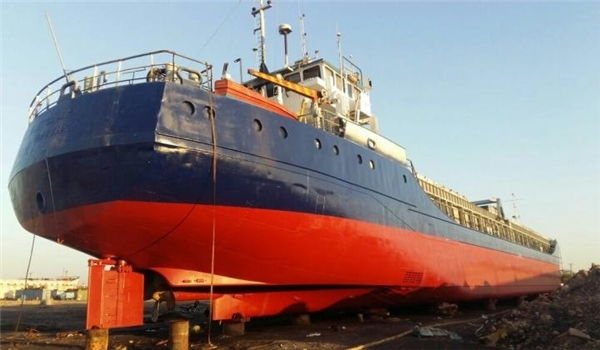 FNA- Iranian defense ministry experts overhauled the 3,000-ton ship, ‘Ahoura’, as one of the most giant vessels in the region.

Ahoura is 80m long, 10m in wide and 5m heigh and was overhauled in a 6-month period by experts of the defense ministry’s marine industry.

In a relevant development, Iranian Army Commander Major General Ataollah Salehi announced in November that Iran’s Khark logistic warship that is the largest in West Asia and a kilo-class submarine are ready to launch operation after they were both thoroughly overhauled.

He also underlined the necessity for developing the best defense equipment and products in the country.

His remarks came after Commander of the Iranian Navy’s First Zone Rear Admiral Hossein Azad announced that the country will launch the largest logistic warship in West Asia in the near future.

“The Khark logistic warship which is the biggest warship in West Asia has been overhauled after 35 years by the Navy experts in Bandar Abbas (province in Southern Iran) and will be launched soon,” Admiral Azad told reporters in Bandar Abbas in November.