A Look at Iranian Newspaper Front Pages on March 12

Iran Front Page- Iranian newspapers today covered the remarks made by Iranian Foreign Minister Mohammad Javad Zarif about the upcoming presidential votes. Zarif highlighted the significance of people’s high turnout in previous elections in 2013, and called for people’s presence in the May votes.

The speculations and comments about reformist and conservative candidates in the upcoming presidential election also remained a top story.

1- MP: Most Potential Conservative Candidates Have Failed in Previous Attempts

2- We Don’t Understand Some Policies Adopted by Turkey: Deputy FM

1- Larijani: Mideast Has Turned to Scene of Conflict between Resistance, Others

2- Zarif Invites People to Take Part in May Election 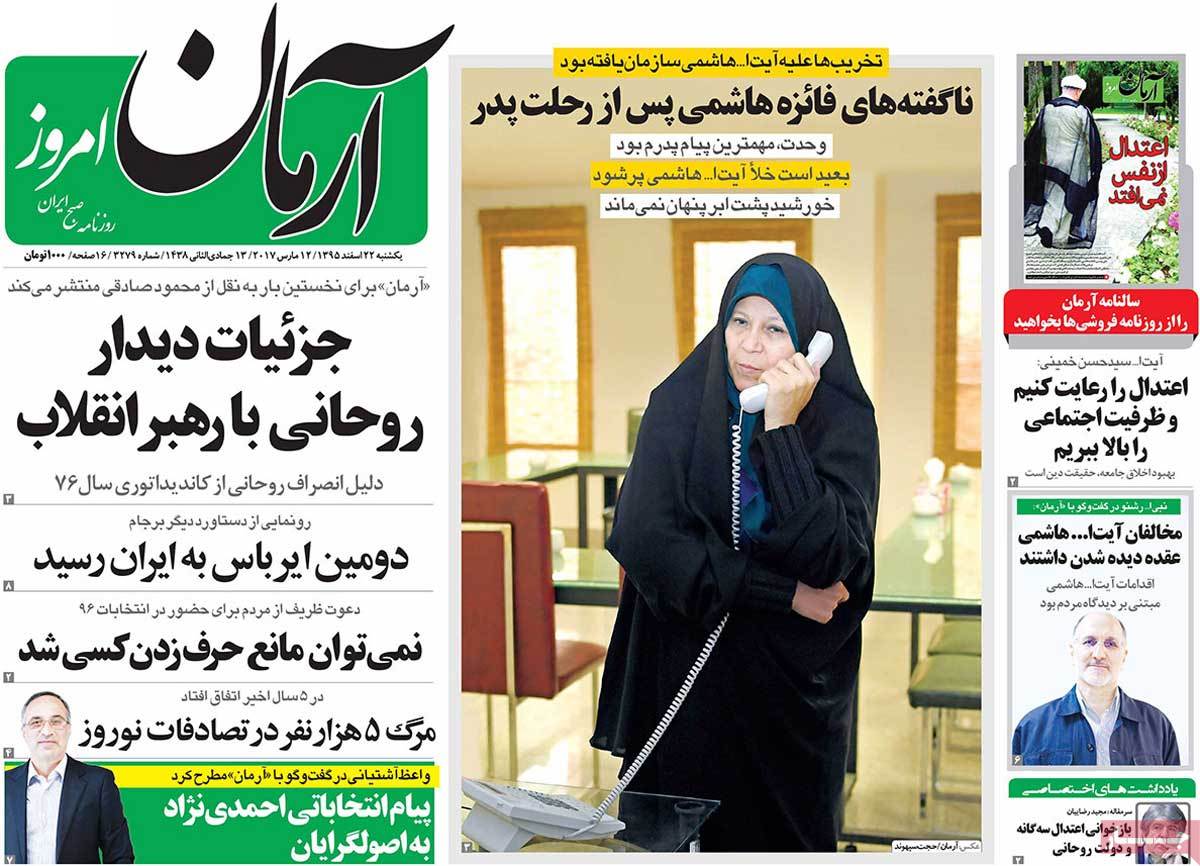 1- 7,000 Tonnes of Garbage Buried in Iran’s Northern Forests Every Day 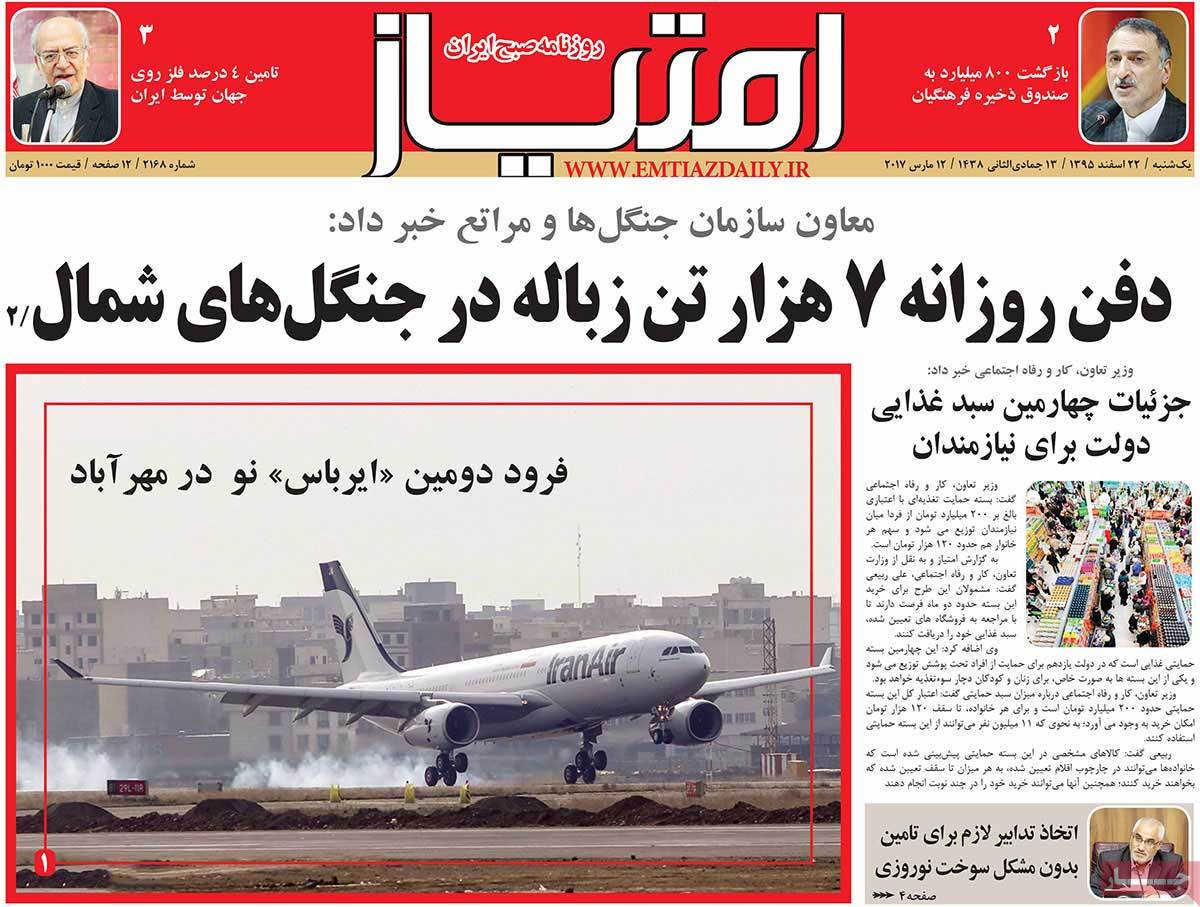 1- Zarif: We’re Not Dependent on East or West in Decision-Making

2- Second Airbus Lands in Iran; Third One to Come in One Week 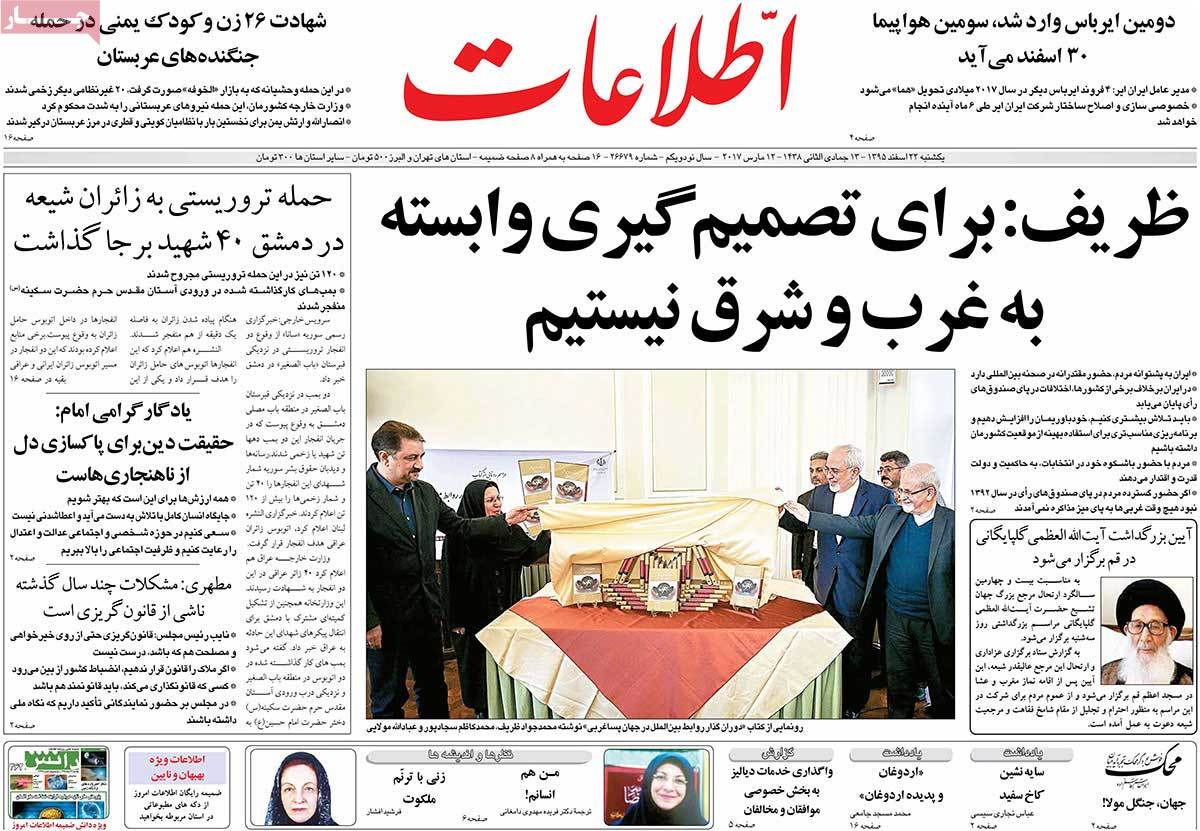 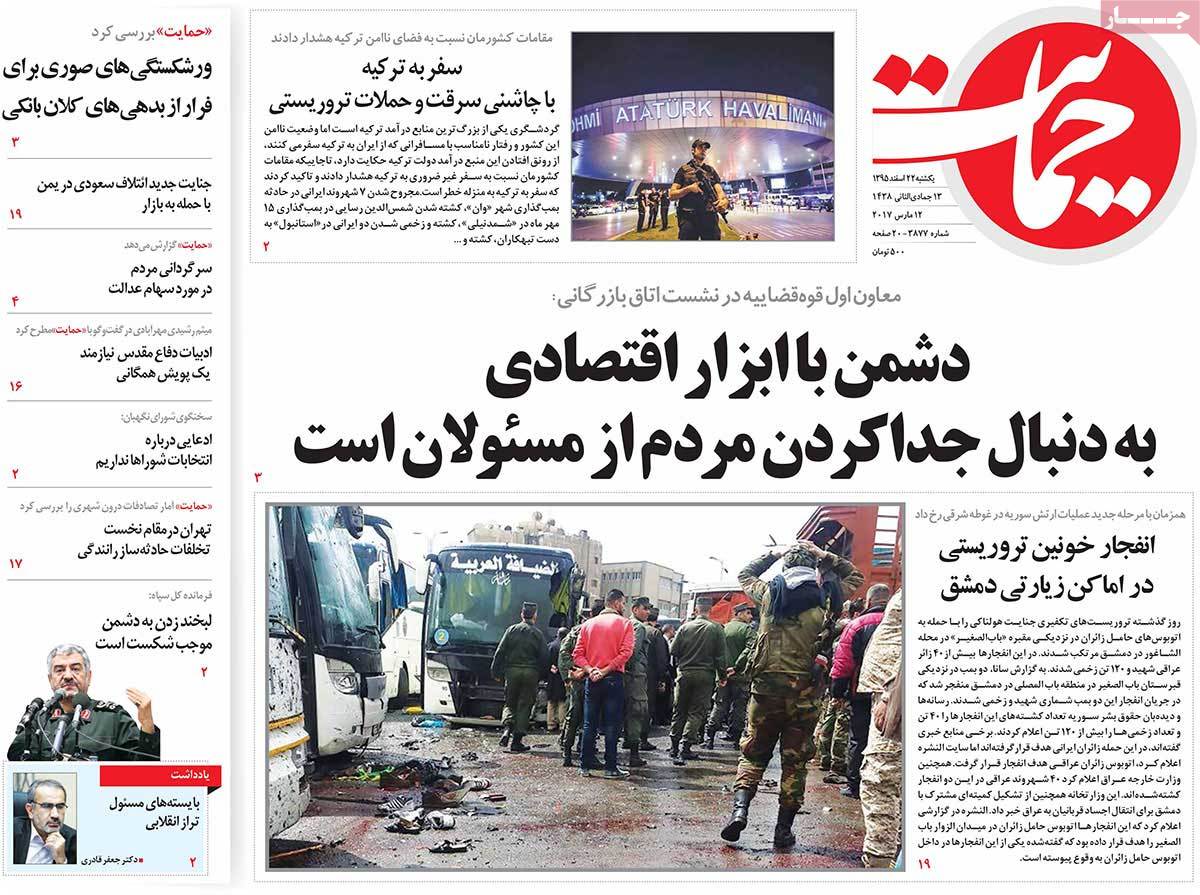 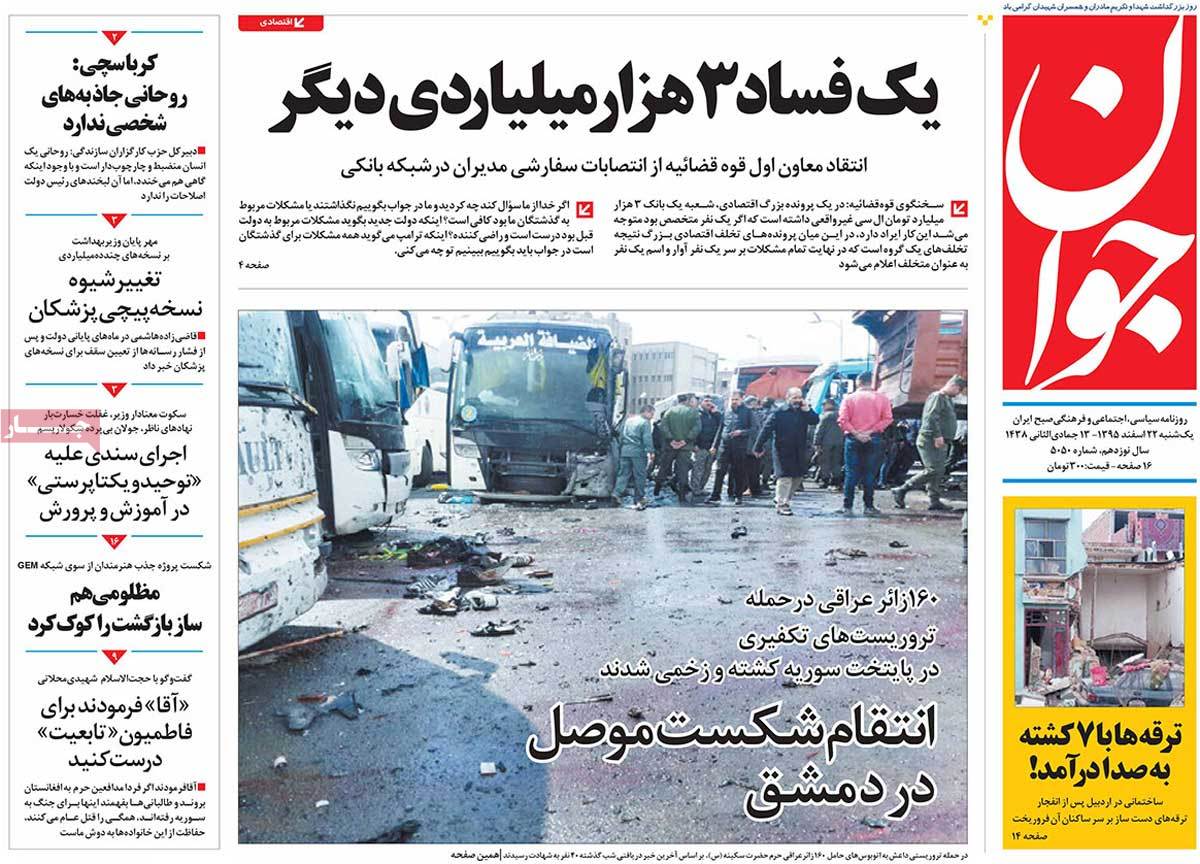 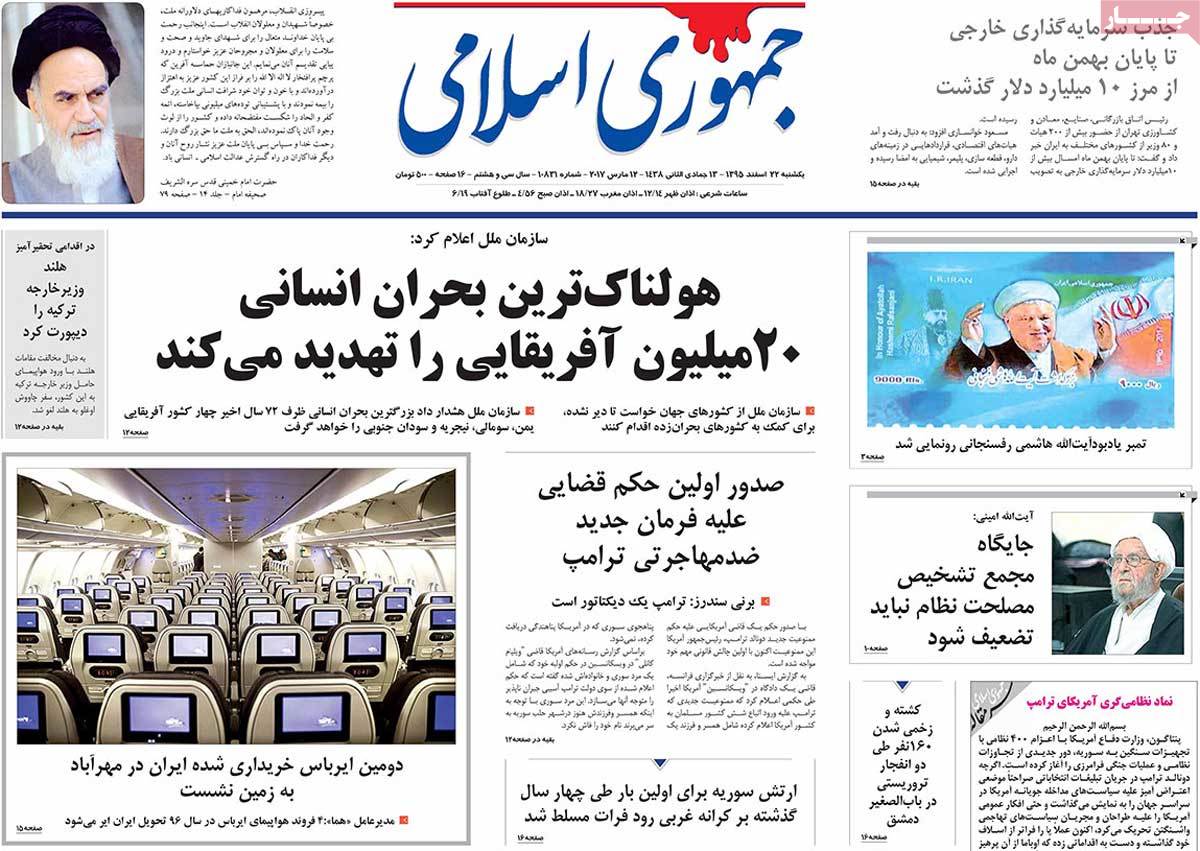 1- Suspicious, Dangerous Moves by US, Turkey, UN in Syria, Iraq 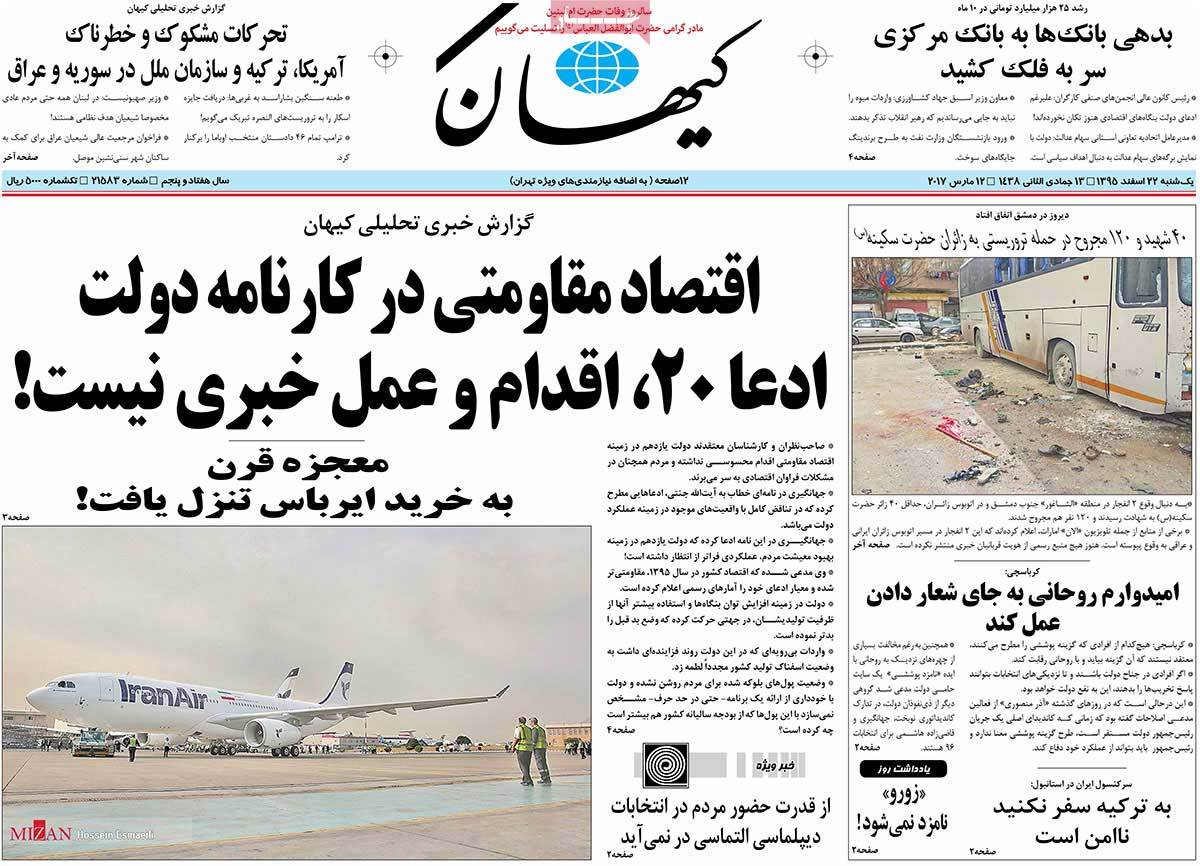 2- Russians Will Stab Us in Back Once They Don’t Need Us: Politician 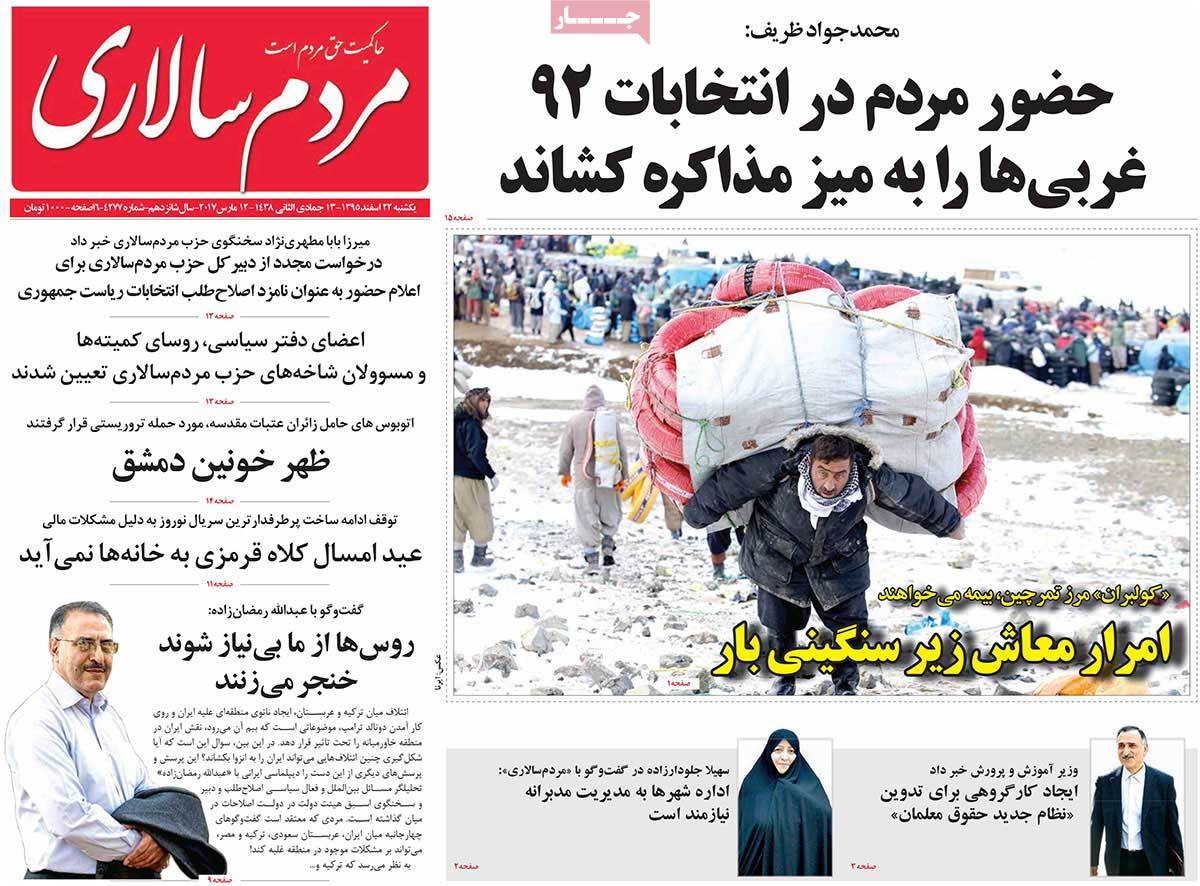 1- Judiciary Spokesman: Why Do They Pin Blames on Predecessors? 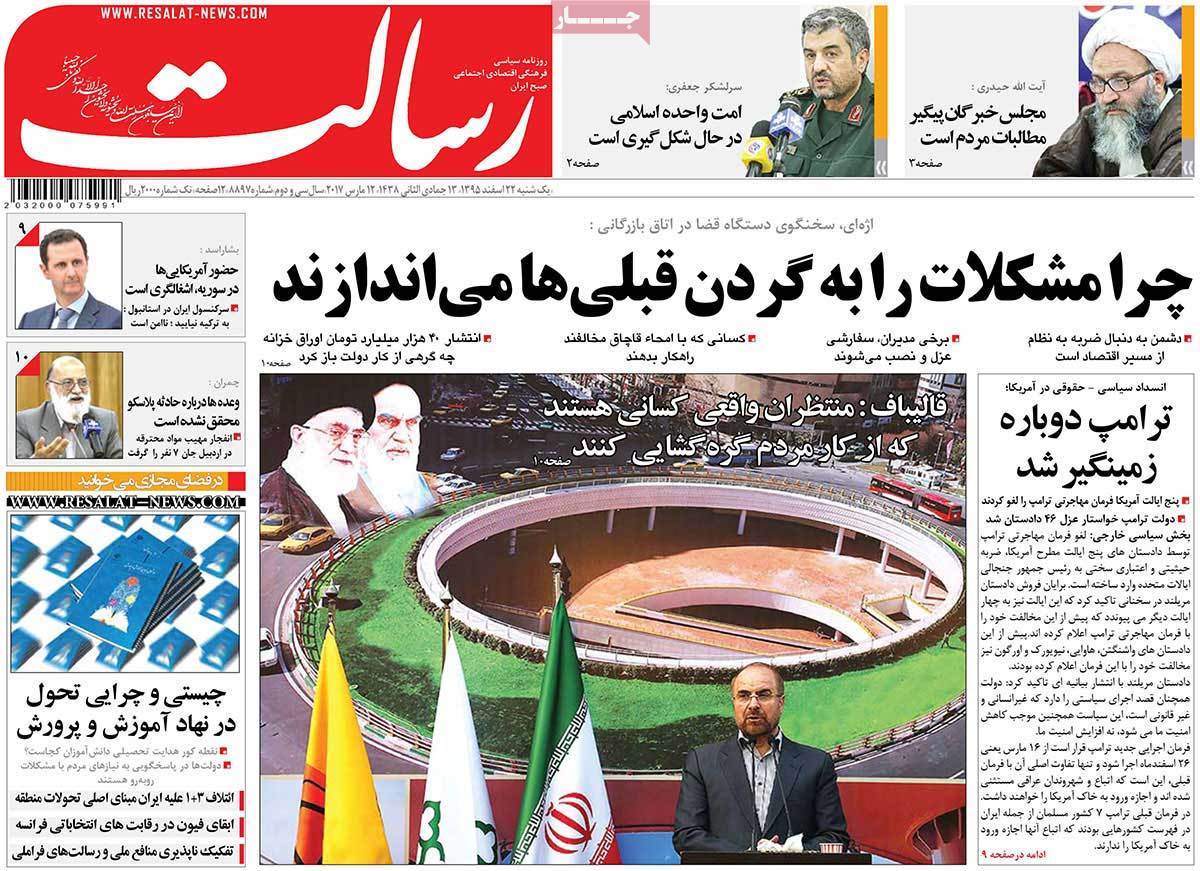 1- We Shouldn’t Be Afraid of Inspection If We’re Clean: City Councillor 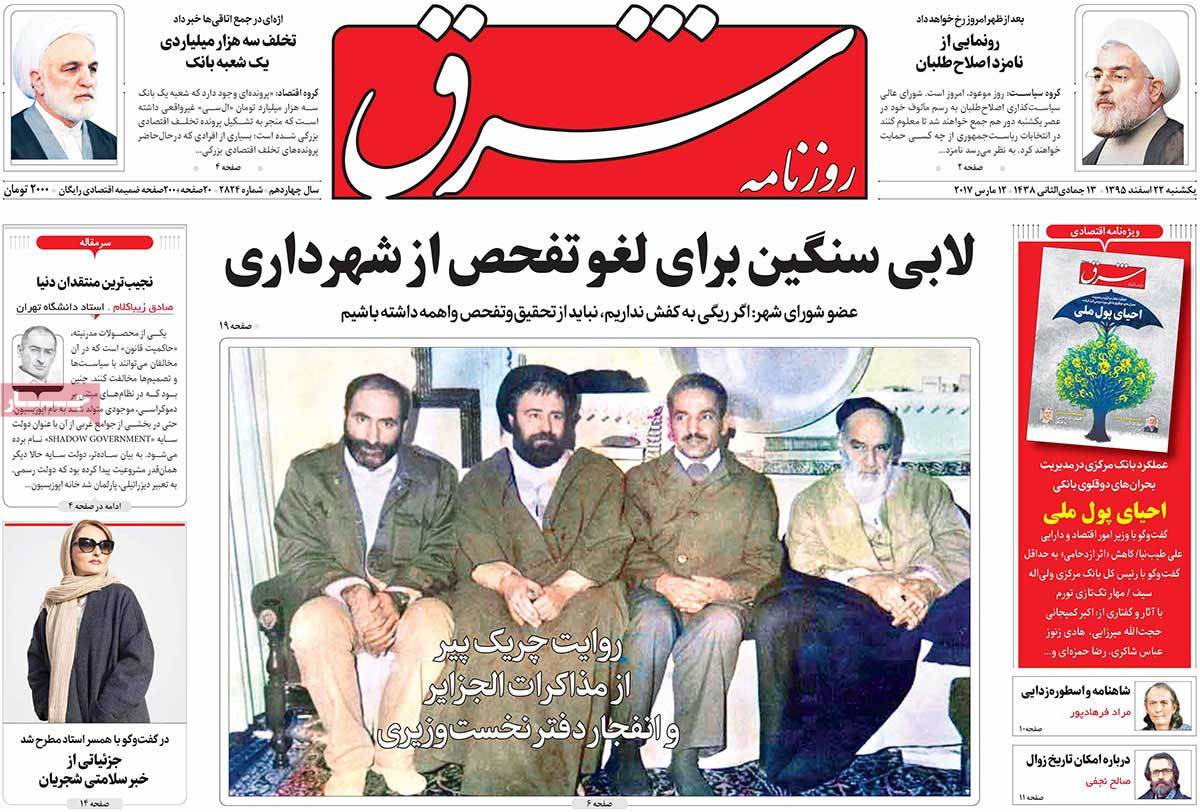