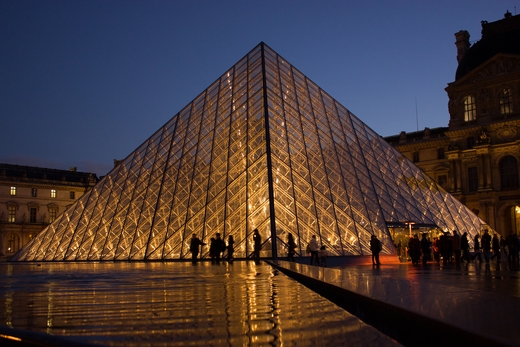 Financial Tribune- The National Museum of Iran will feature a temporary exhibition of a series of collections from France’s Louvre Museum in the next Iranian year (starting March 21).

Expected to be held sometime toward the end of next year, the exhibit will mark the first such cooperation between the two museums, ISNA reported. Initial agreements were reached last April when a delegation headed by Louvre Director Jean-Luc Martinez met with Masoud Soltanifar, the former head of Iran’s Cultural Heritage, Handicrafts and Tourism Organization.

Details were ironed out last week in Tehran during a meeting between Marielle Pic, director of the Louvre’s Middle Eastern Antiquities Department, and Jebreil Nokandeh, director of the National Museum of Iran.

In April, the two sides are expected to meet and decide on the items to be displayed at the National Museum of Iran.

Louvre is the world’s largest museum and a historic monument, featuring nearly 35,000 objects from prehistory to the 21st century. The museum has a hall dedicated to Iranian artifacts and relics from various eras, going back to the Achaemenid Empire (550 – 330 BC).