A Look at Iranian Newspaper Front Pages on March 11

Iran Front Page- The remarks made by Iran’s Leader Ayatollah Seyyed Ali Khamenei in a meeting with members of the Assembly of Experts, and his criticism of President Hassan Rouhani’s administration received great coverage today.

Another top story today was the letter penned by First Vice-President Es’haq Jahangiri to the chairman of Assembly of Experts Ayatollah Ahmad Jannati about the government’s measures to implement the principles of Resistance Economy outlined by Ayatollah Khamenei.

The arrival of the new Airbus plane purchased by Iran Air in Mehrabad Airport was also a top story. This is the second brand-new plane landing in Iran following the nuclear deal between Tehran and world powers. 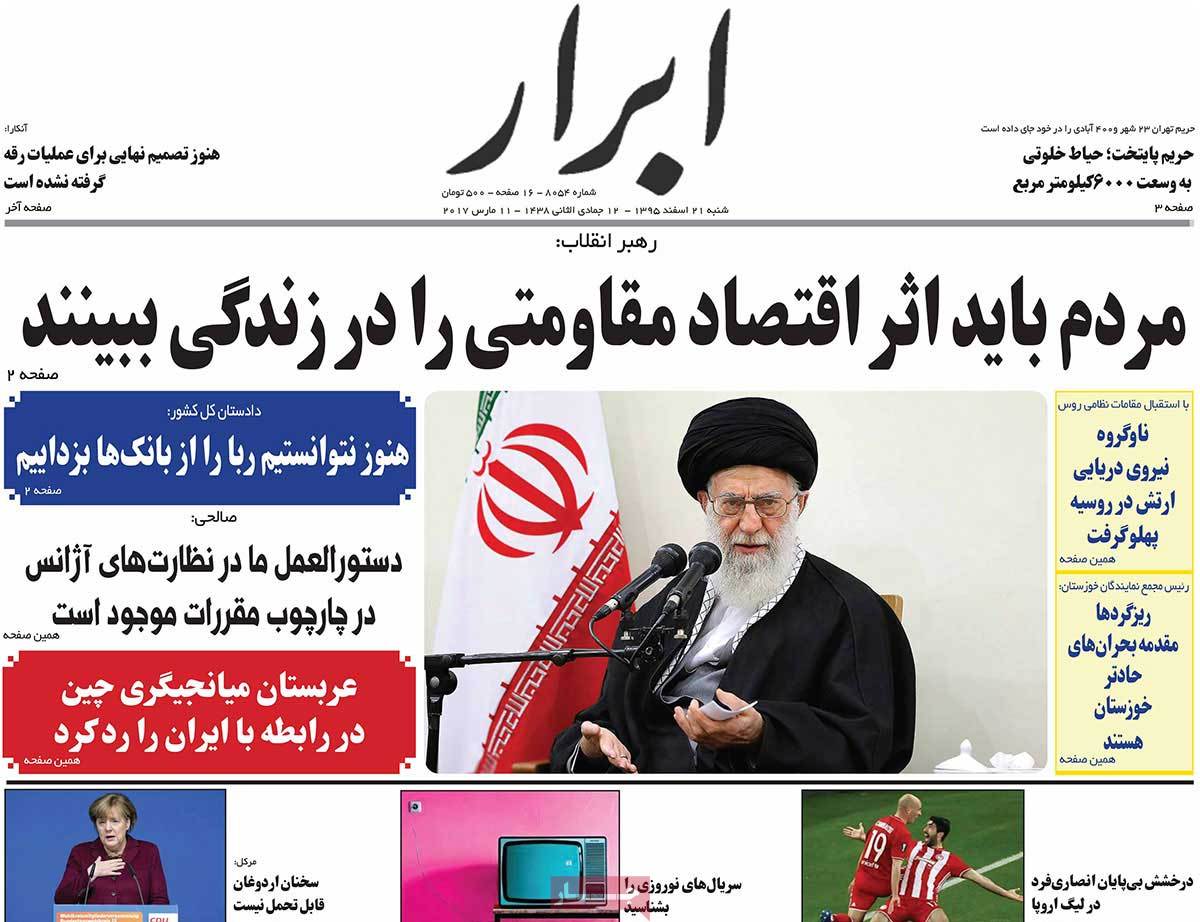 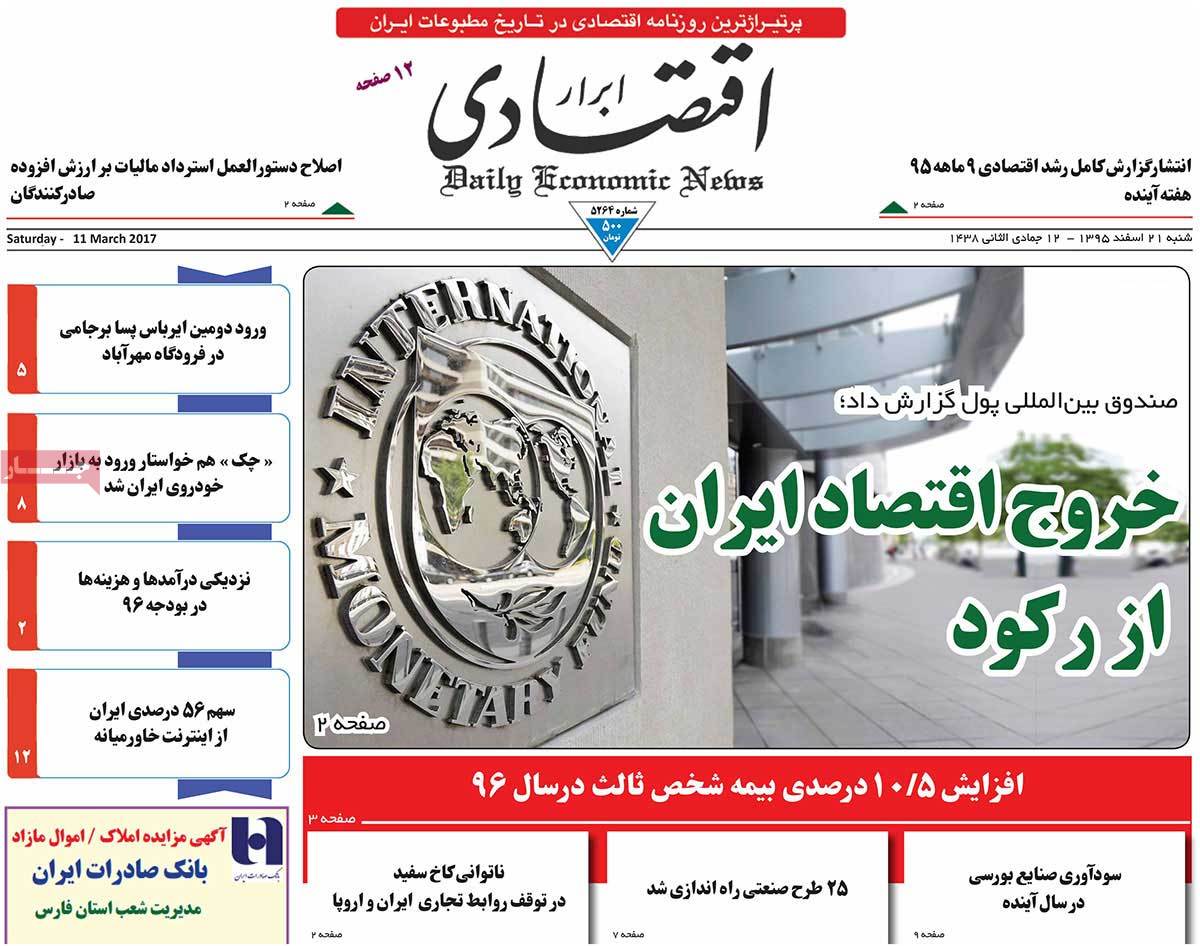 1- Iran’s Leader: People Should See Results of Resistance Economy in Their Lives 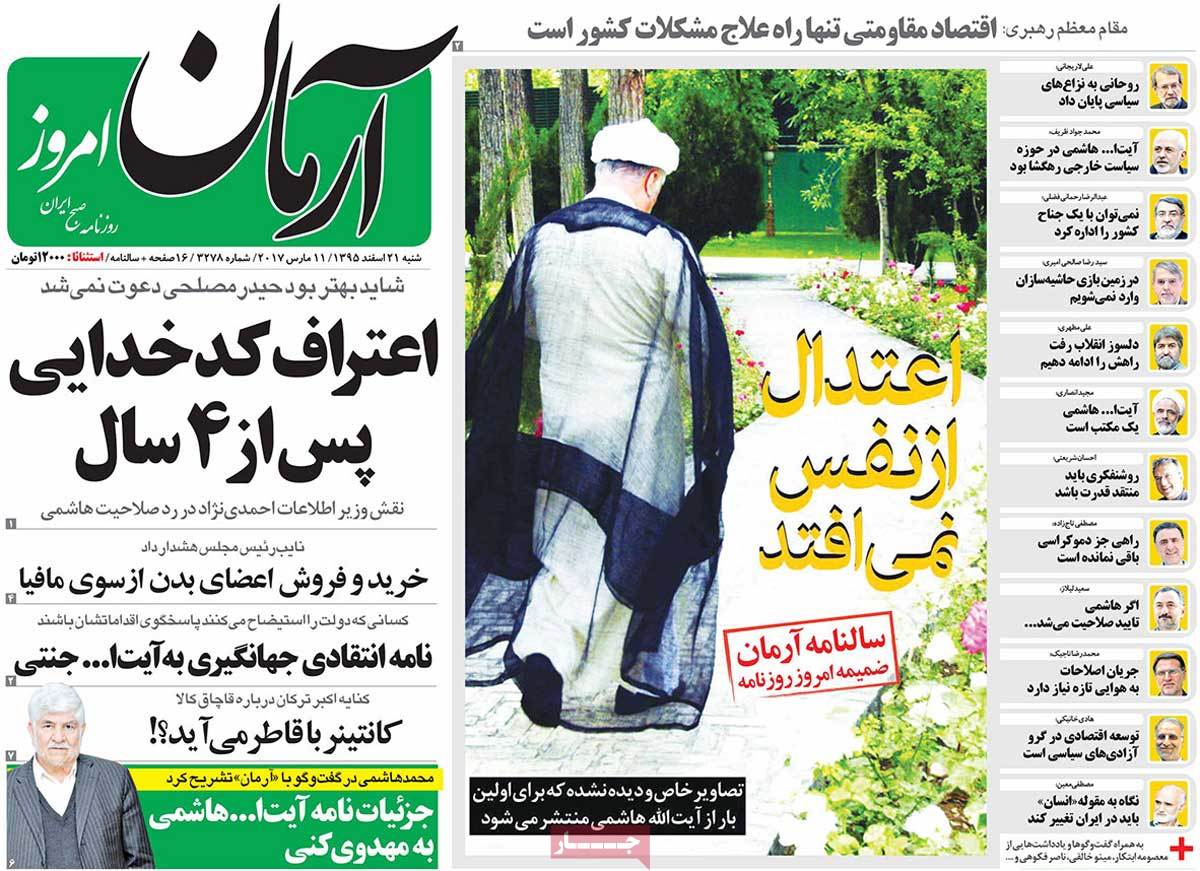 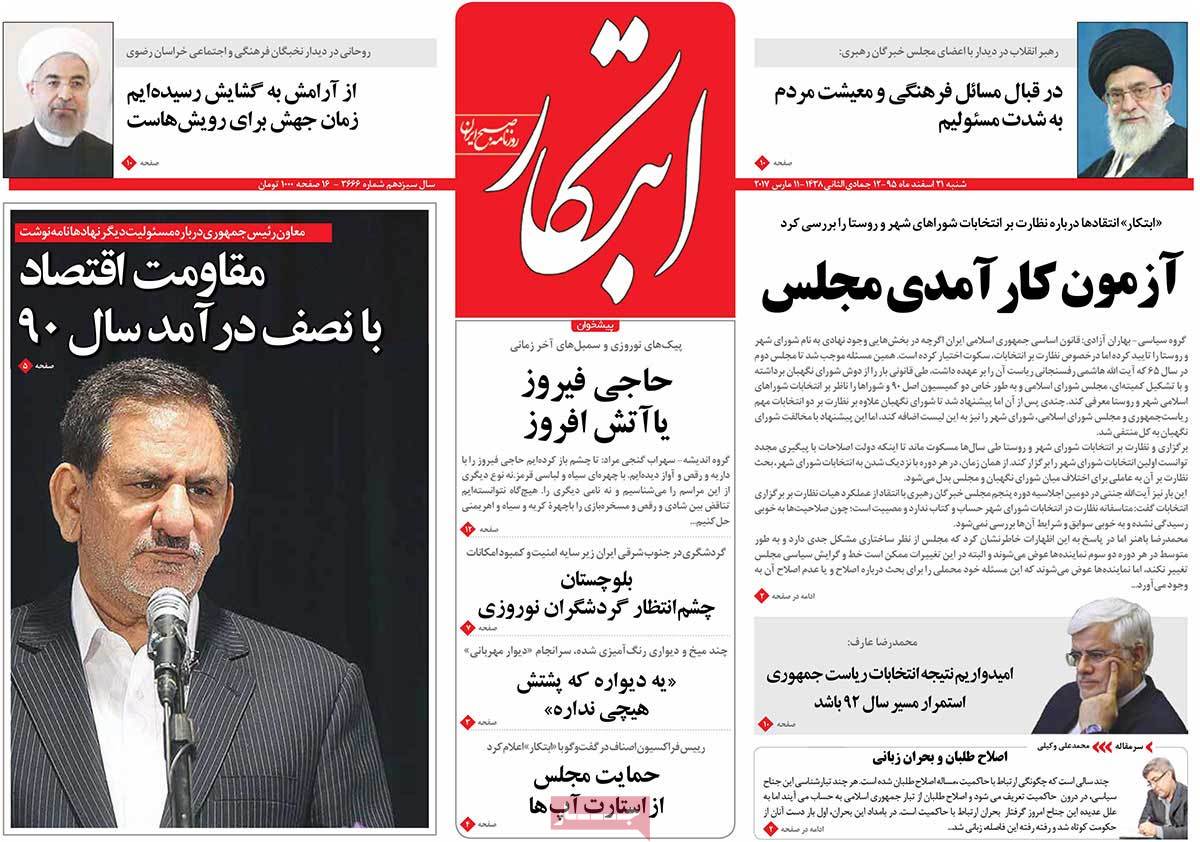 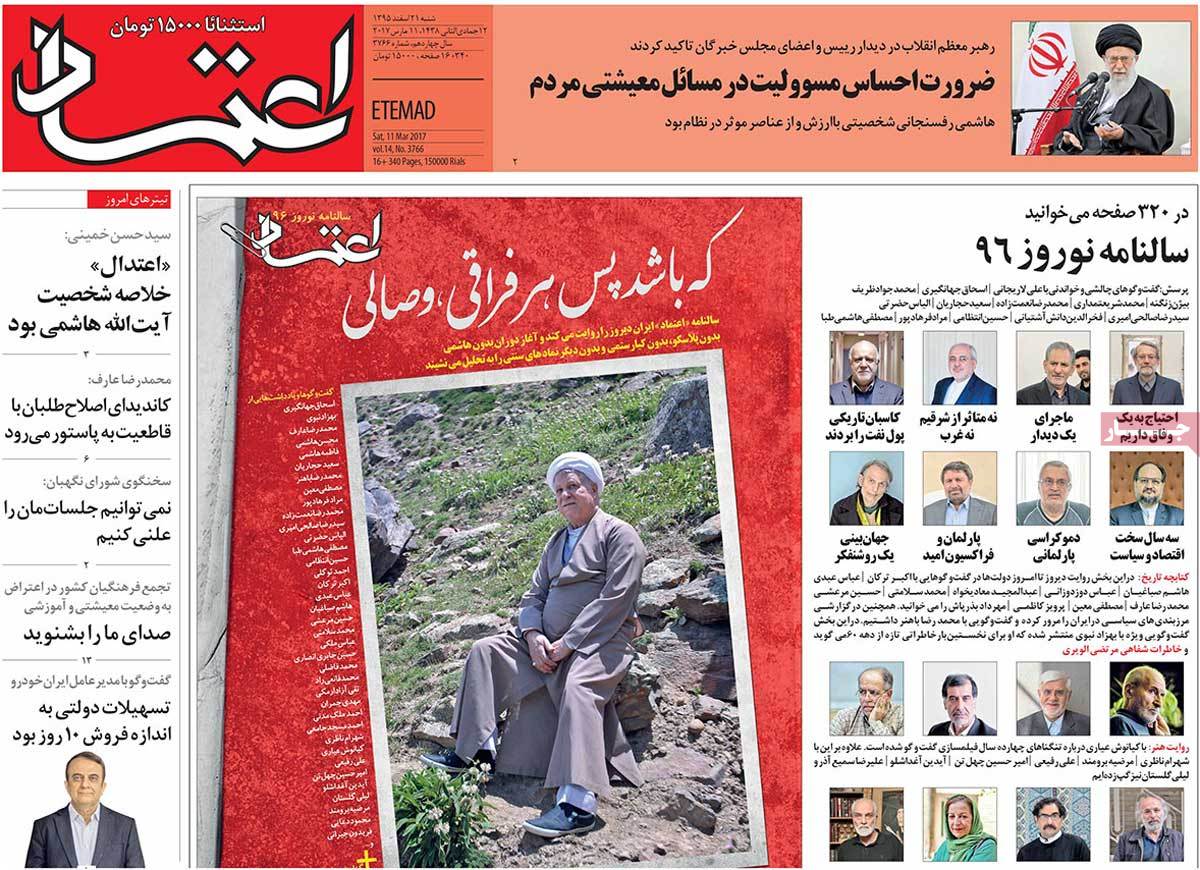 3- We Can Stand on Our Feet despite Pressures: General Soleimani 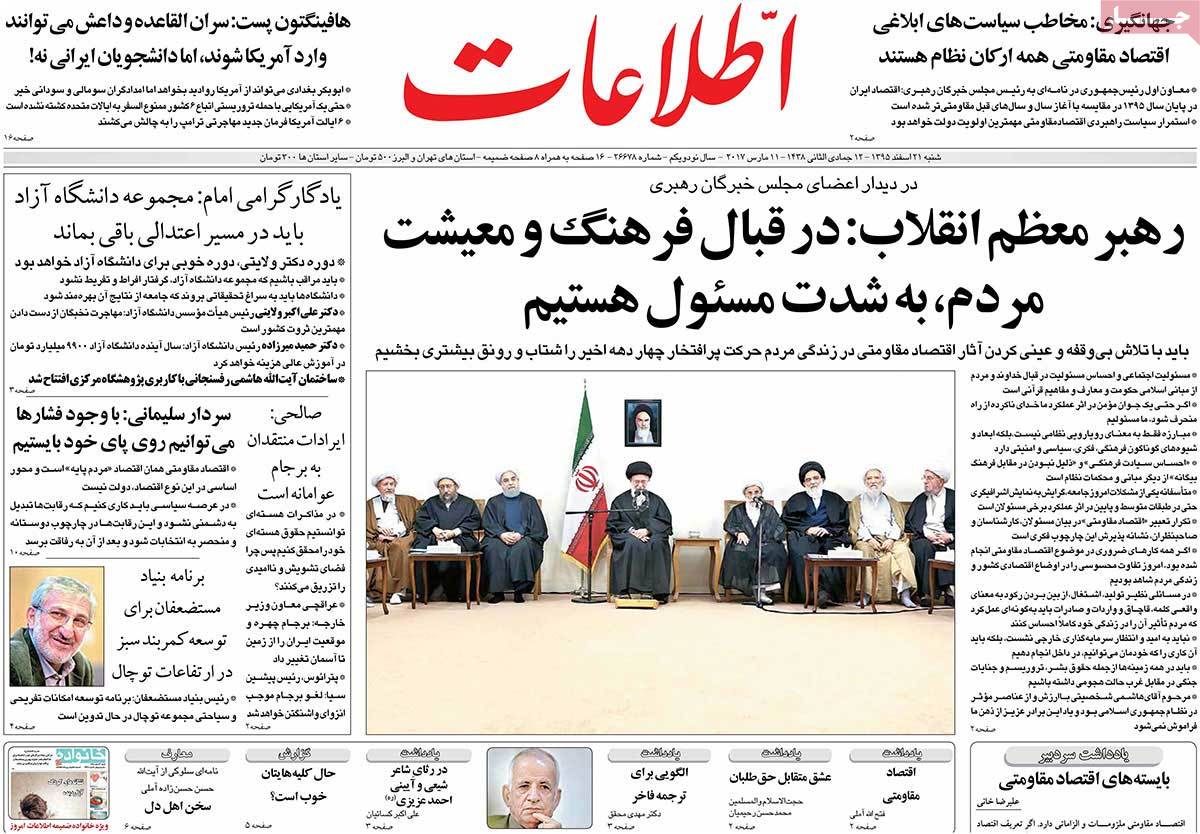 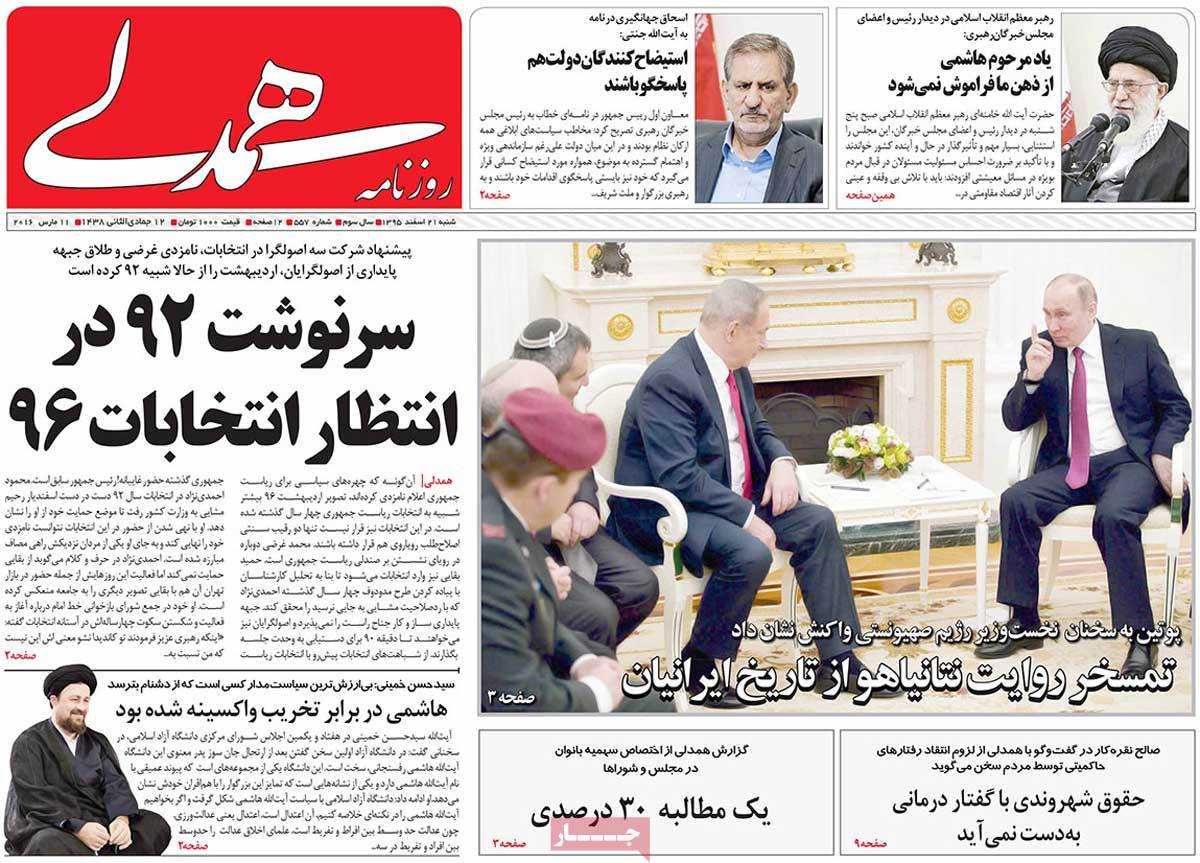 2- Trump’s Goal is to Transfer Diplomacy from State Dept. to White House: Analyst 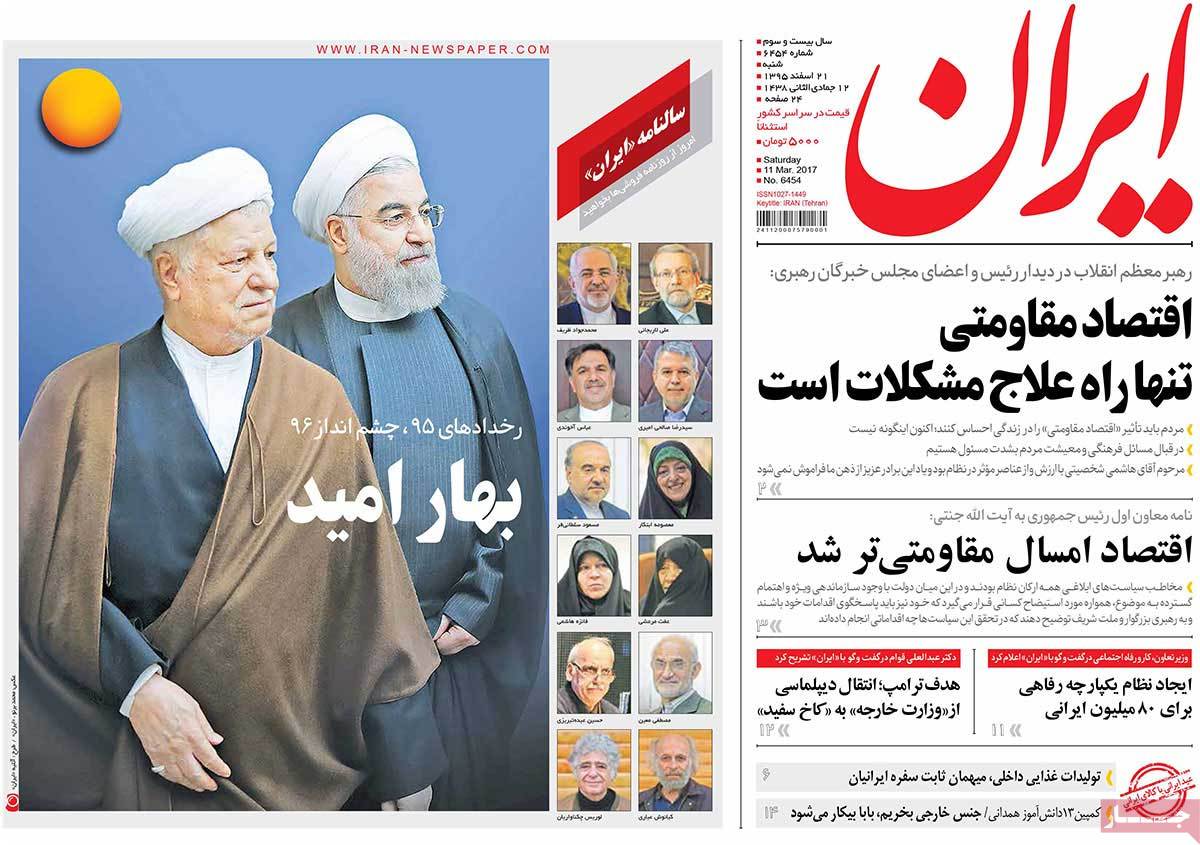 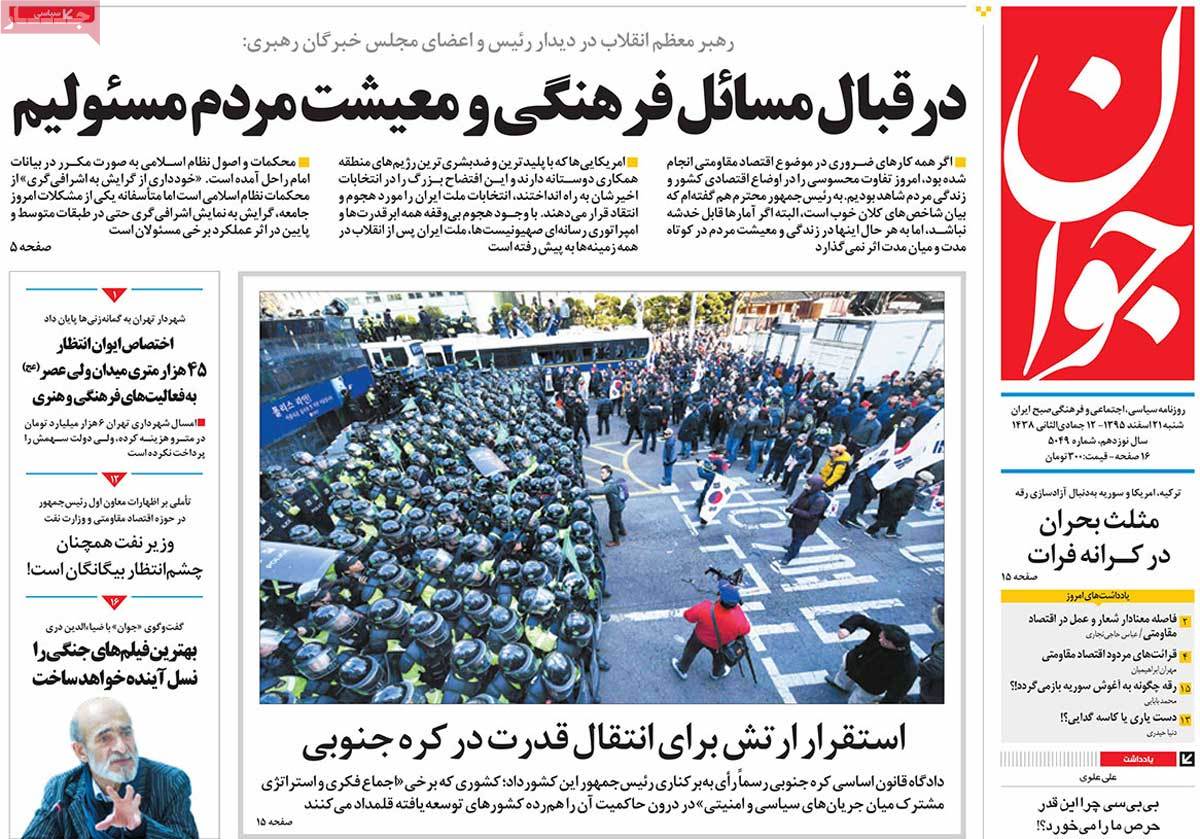 2- Pope Warns against Growth of Populism in World

4- New Round of Disobedience against Trump’s Travel Ban 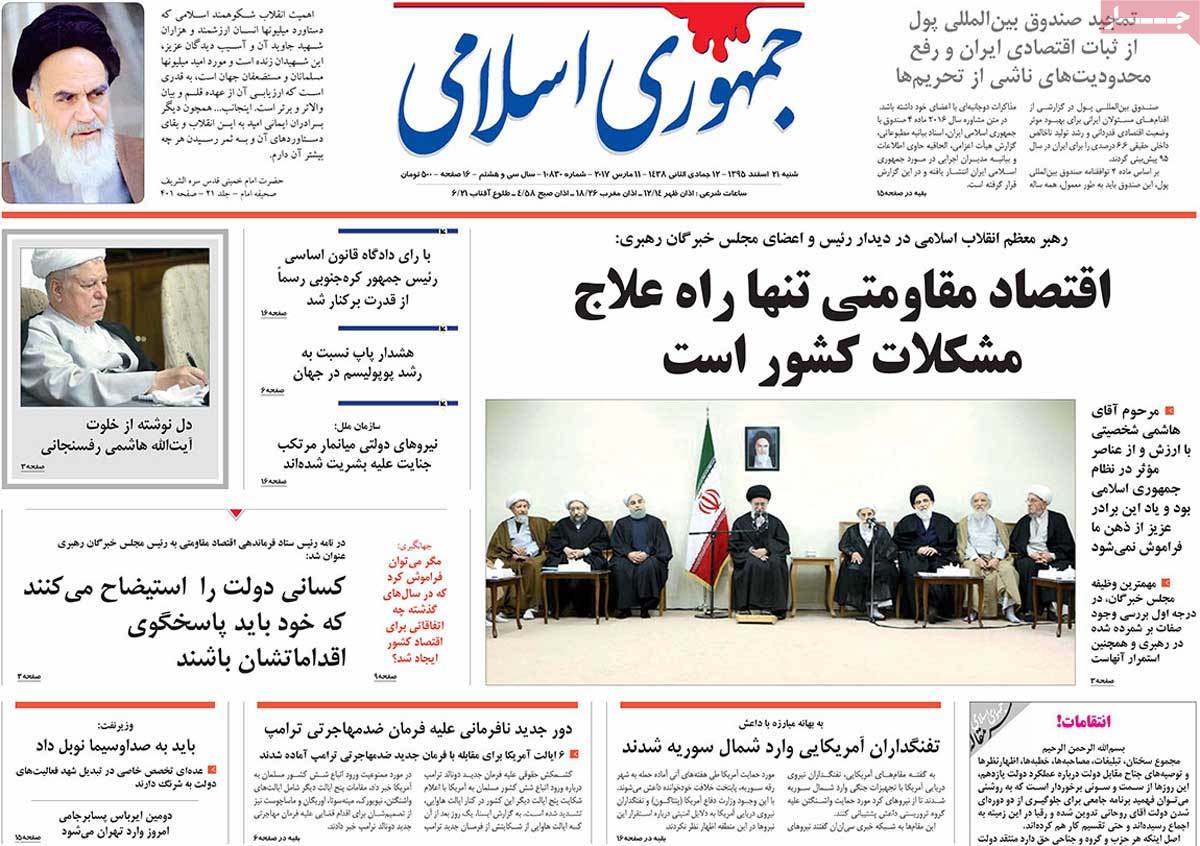 1- Gov’t Taking Action against Those Who Spread Rumours

1- Iran’s Leader Calls for Aggressive Stances against West in All Fields [including human rights, terrorism, and war crimes] 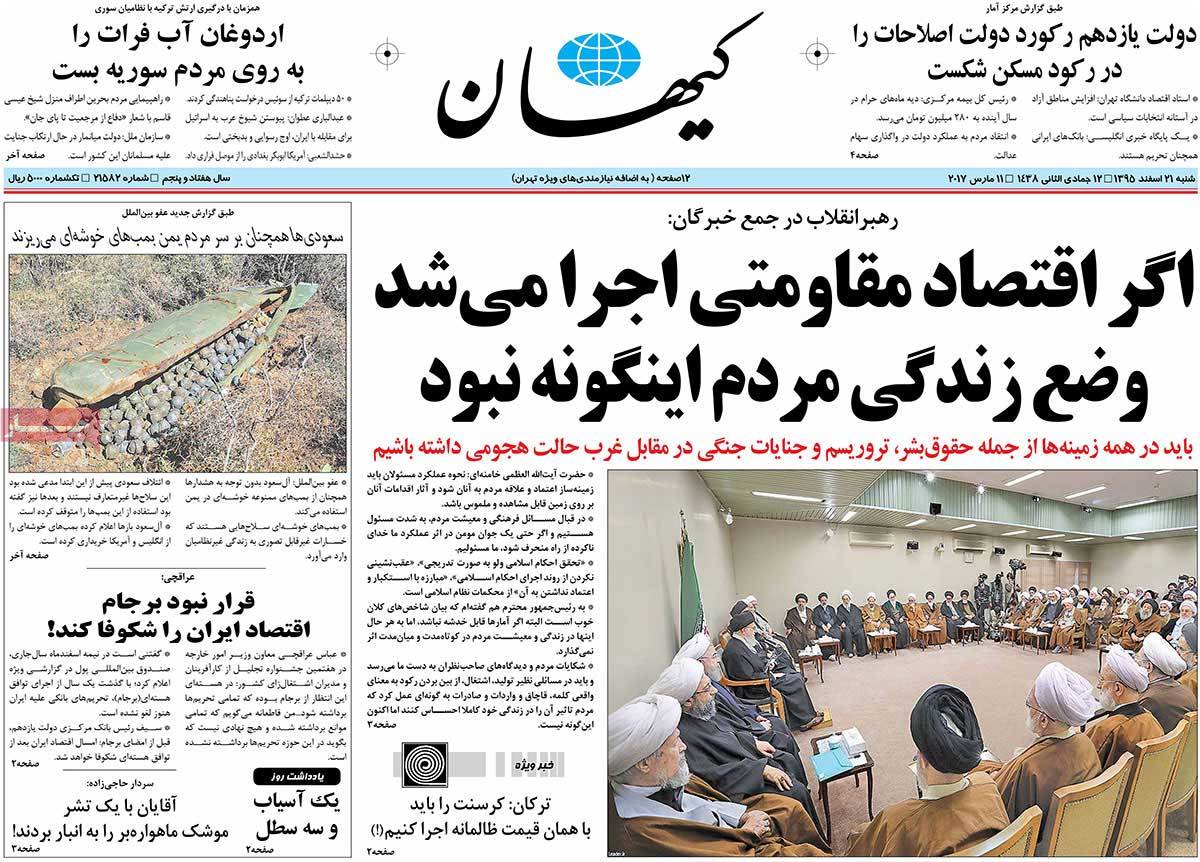 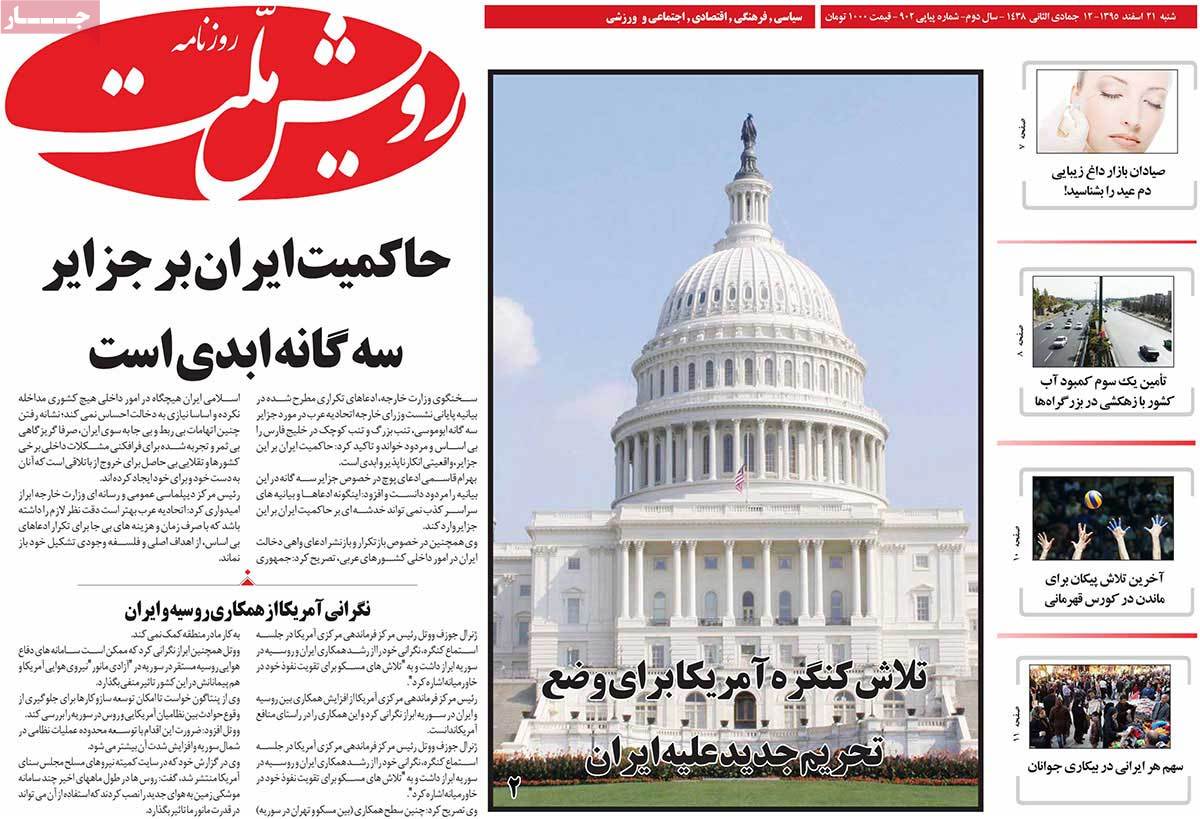 1- Iran’s Economy Gets out of Downturn: IMF 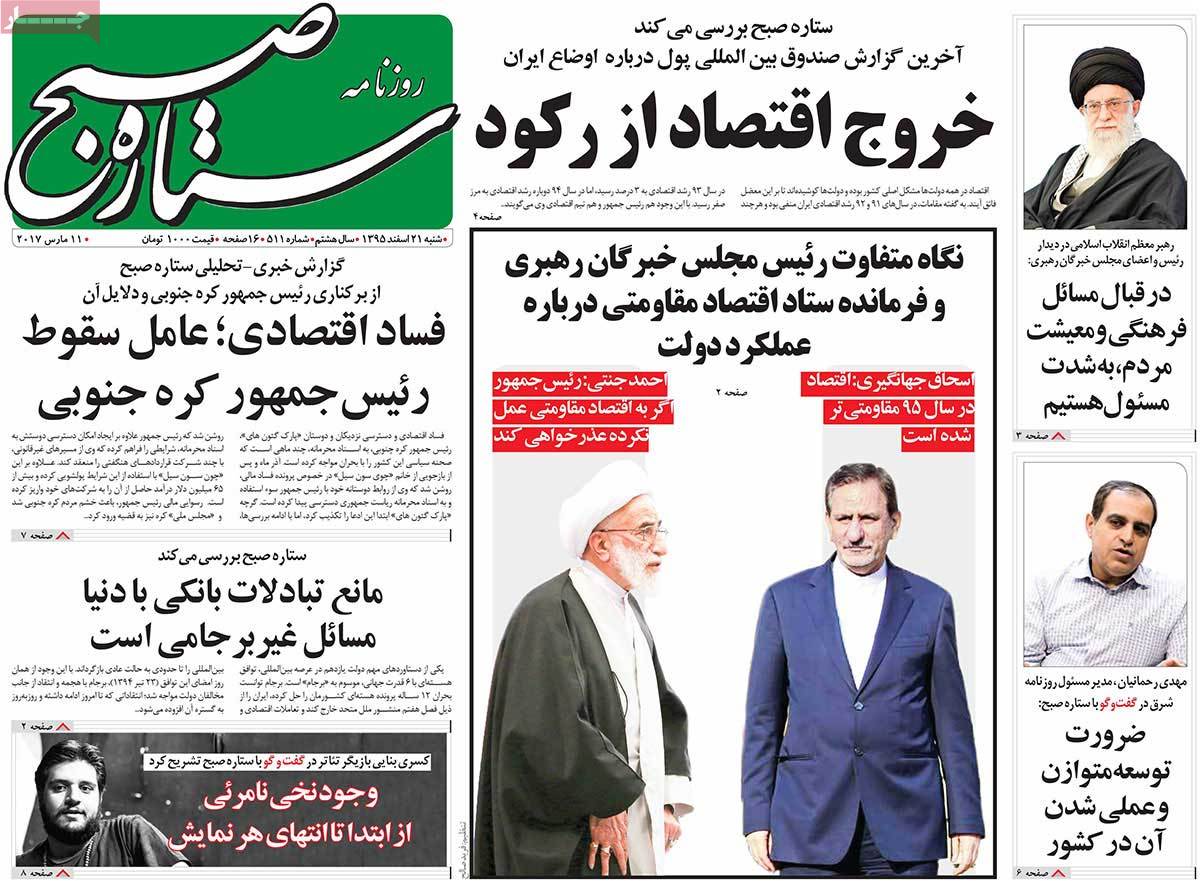 1- Iran’s Leader: Inclination towards Show of Aristocracy is a Problem Today 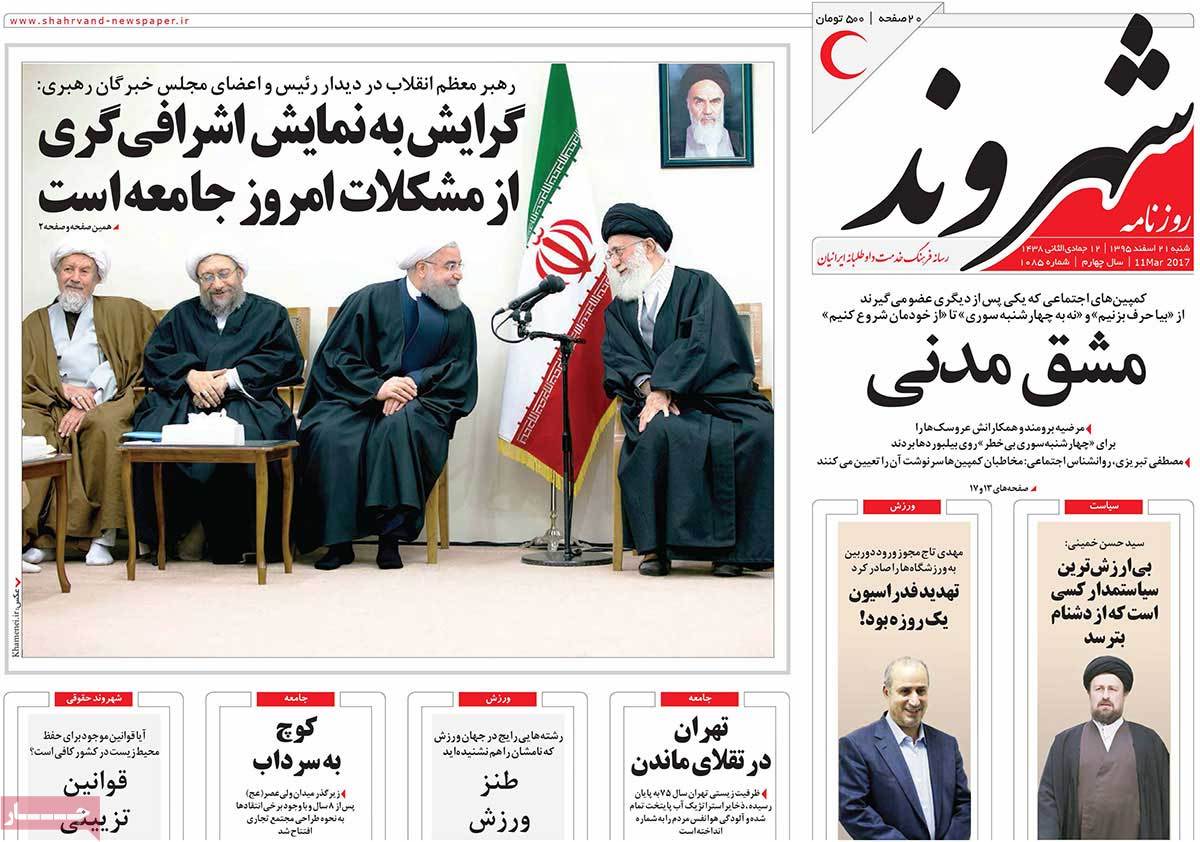 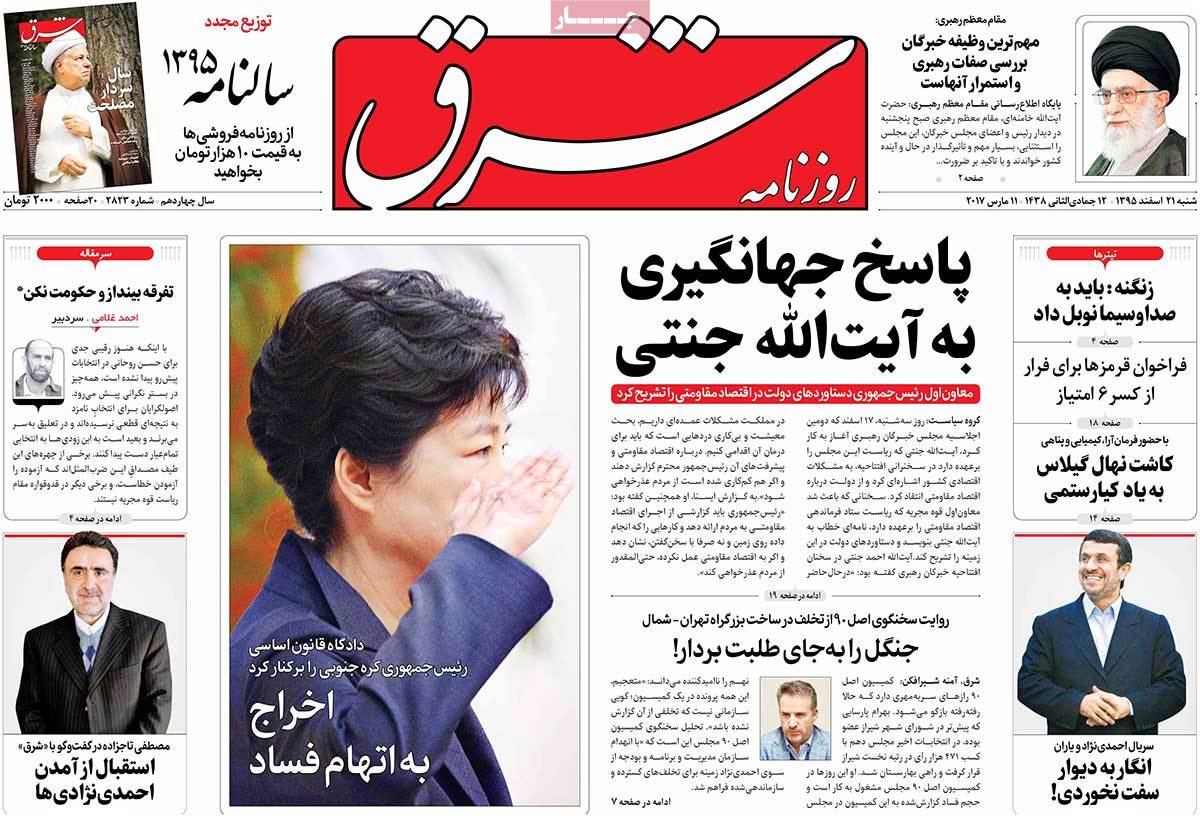 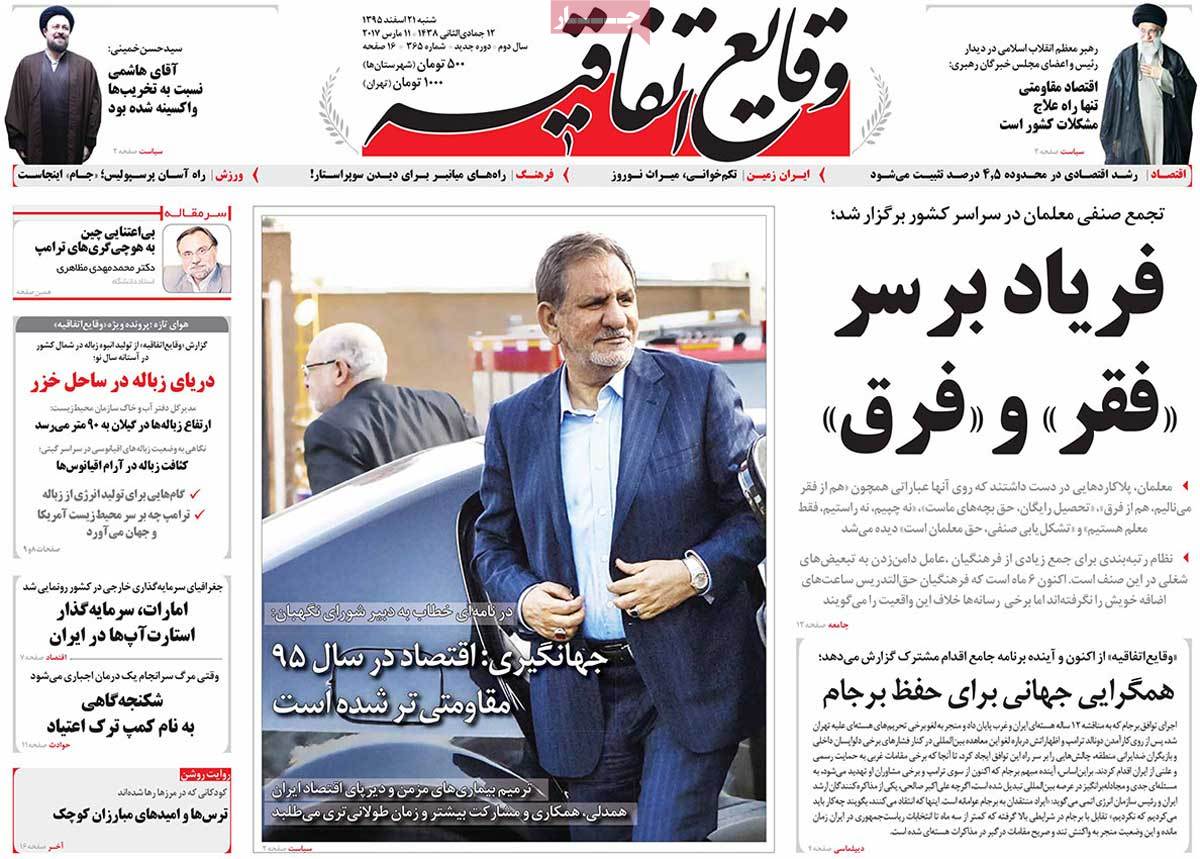 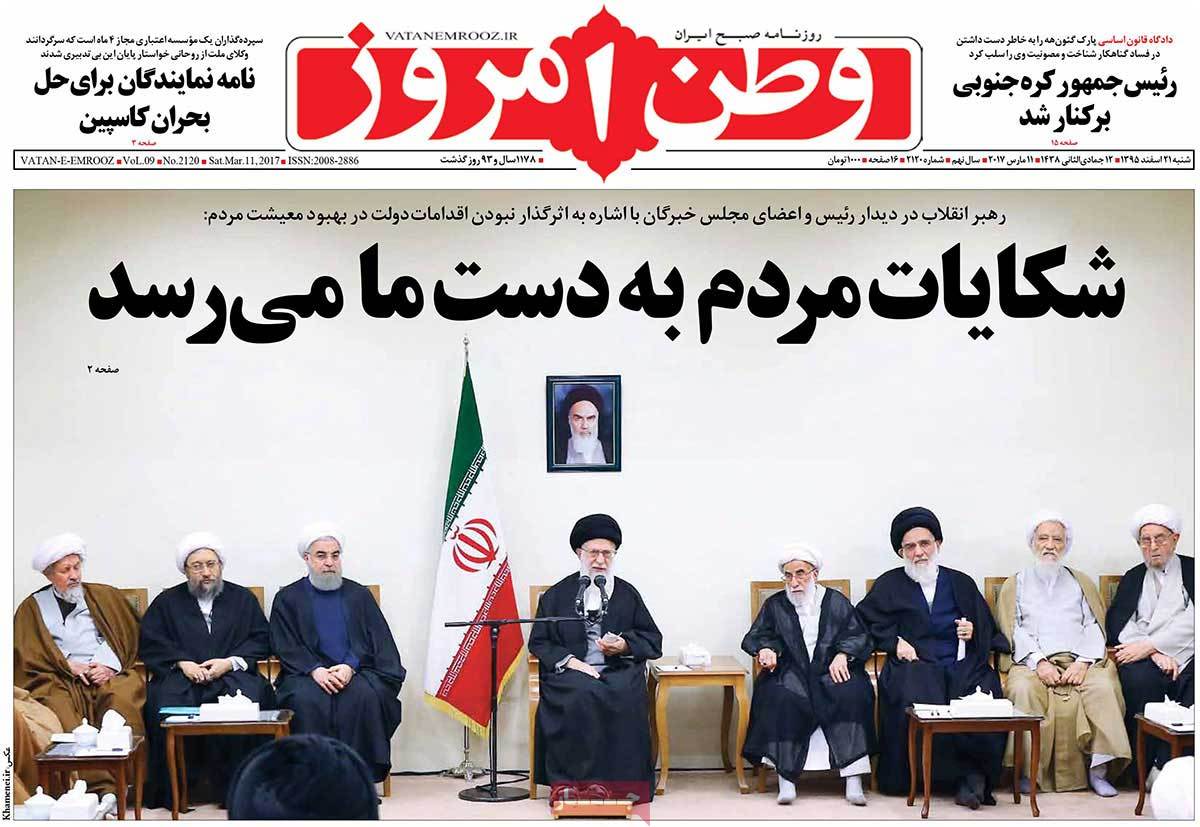