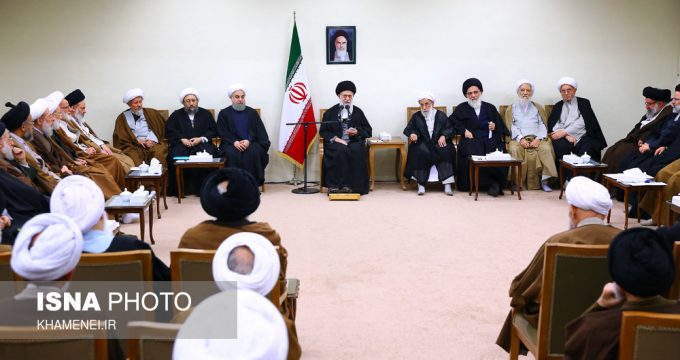 IRNA – Supreme Leader of the Islamic Revolution Ayatollah Seyyed Ali Khamenei received members of the Assembly of Experts on Thursday.

Members of the 5th Assembly of Experts on Thursday morning and prior to the meeting with Ayatollah Khamenei, attended the Mausoleum of the late Founder of the Islamic Revolution Imam Khomeini to pay tribute to the late Leader.