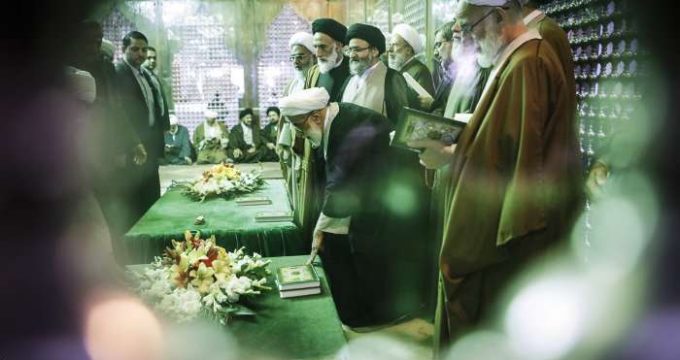 MNA– Members of the Assembly of Experts have a convention to pay homage to late founder of the Islamic Revolution Imam Khomeini (RA) after their session.

On Thursday, the members of the Assembly renew allegiance to the ideals of the Revolution and the Establishment by attending the Shrine, just outside Tehran from the south.

The Assembly sat in its 2nd session on Tuesday and discussed matters of politics and economy in a 2-day meeting, and issued a closing statement where it provided general recommendations on the government branches and reaffirmed Leader’s positions on important matters as Resistance Economy, elections, and other political issues.

Conventionally, Leader of the Islamic Revolution had received Assembly members after their pilgrimage to the Shrine; later on Thursday, they will meet Ayatollah Seyyed Ali Khamenei.