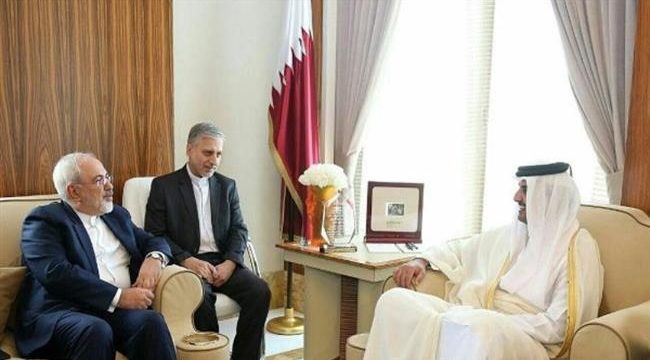 Zarif, who is in Doha for a one-day visit, and Sheikh Tamim bin Hamad al-Thani discussed the promotion of trade and economic ties. They also exchanged views on regional conflicts and common concerns.

During the meeting, Zarif underlined the need for further promotion of Tehran-Doha ties, especially in the sectors of economy, banking and joint investment.

The Qatari official, for his part, described his country’s relations with Iran as amicable.

We have always believed that Iran and the Persian Gulf Arab countries can have good ties, al-Thani said, adding that his country favors such a policy.

Zarif’s visit to Qatar comes amid efforts to improve ties between Persian Gulf Arab countries and Iran after relations between Tehran and some of the Arab countries of the strategic region became tense when Saudi Arabia unilaterally severed its diplomatic ties with Iran.

Last month, Rouhani paid a visit to Oman and Kuwait to hold talks on bilateral and regional developments.

In Muscat, he met with Oman’s Sultan Qaboos bin Said Al Said and discussed the promotion of ties.

During a meeting with Kuwait’s emir in Kuwait City, Rouhani stressed that the two countries have close political ties and that their economic relations must follow suit.