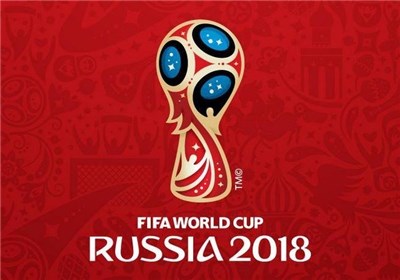 Sputnik– Iran’s national football team has excellent chances of making it to the 2018 World Cup finals and many of its fans will come to Russia next summer, unfazed by chiller-dillers like the BBC’s “Russia’s Hooligan Army” documentary, Abbas Ismail Beigi, leader of Tehran’s Persepolis FC told Sputnik.

“Football is a language that brings together football lovers everywhere in the world. Unfortunately, our beloved game is now being turned into an instrument of political pressure and this is probably one of the reasons why [the BBC film] came out in the first place,” Abbas Ismail Beigi told Sputnik Persian.

He mentioned FIFA’s decision to grant Russia the right to host the 2018 World Cup over all other contenders as a possible reason for the ongoing attempts to vilify it.

“When a country is chosen to host a major event like the World Cup, it receives a huge budget to make it happen. However, some people don’t like to lose out and so they start stoking up conflicts between nations,” Abbas said.

Speaking about the BBC documentary about hardline Russian fans clashing with their British “colleagues” in Marseille, he said that one should not paint all fans with the same brush only because some of them behave inadequately.

“The BBC film also showed Liverpool fans going on a rampage during the 2006 World, Cup in Germany. After a game in Frankfurt, local police tried and failed to bring them to order.”

He added that football should stay away from politics and not be allowed to be used by people who have nothing to do with the game.

“I have met with Russian football fans, including those who came to Iran. They love their country and their national team. The World Cup happens only once every four years and the fans are all looking forward to it and trying hard to get there, even if their team is not going.”

“We all hope that the Iranian squad will make it to the 2018 World Cup finals and we’ll go to Russia. Rooting for your favorite team at the world’s number one tournament – what could be better?”  Abbas Ismail Beigi said in conclusion.

The BBC documentary “Russia’s Hooligan Army,” aired in February, alleges that Russian football fans plan to stir up trouble for English fans during the 2018 World Cup in Russia.

The viewers are made to believe that the Russian hooligans’ violent behavior had been “authorized” by senior officials back home.

The authors even try to draw a line between the rampaging hooligans and President Putin who they claim is chummy with the notorious leader of the Russian Football Fans’ Union Alexander Shprygin.