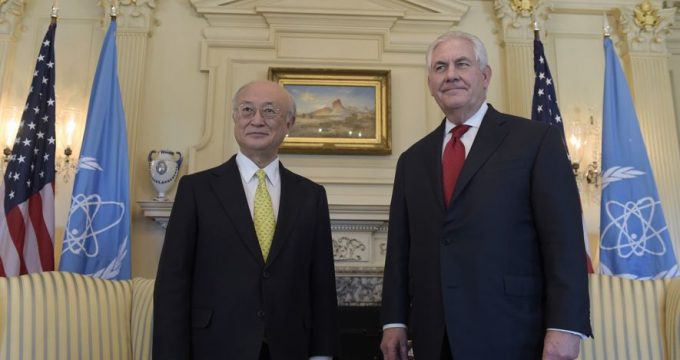 AP- The head of the U.N. agency monitoring the Iran nuclear deal says he emphasized the benefits of the pact in a meeting with U.S. Secretary of State Rex Tillerson and says he is confident his message was heard.

The issue is important because U.S. President Donald Trump promised to “tear up” the pact during campaigning, saying it fell short of the aim of sufficiently crimping Tehran’s nuclear programs.

Yukiya Amano of the U.N.’s International Atomic Energy Agency says he told Tillerson last week that because of the deal the IAEA now has the “strongest verification” tools to monitor Tehran’s atomic activities. As well, he said, “the nuclear activities of Iran are reduced.”

He told reporters Monday that he is confident of “very good cooperation” with the United States on Iran.