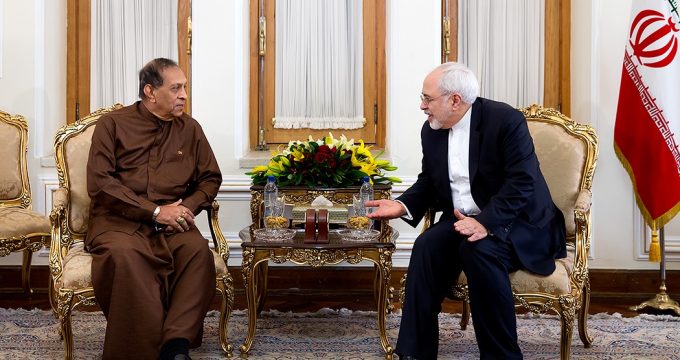 Speaking during a meeting in Tehran with Sri Lankan Parliament Speaker Karu Jayasuriya, Zarif said that the Iranian companies are ready to make investments in technical and engineering sectors of Sri Lanka.

Referring to longstanding relations between the two countries, the Iranian foreign minister called for further enhancement of relations between Iran and Sri Lanka in different political, parliamentary and economic areas.

The Sri Lankan parliament speaker, for his part, said that the lifting of the western sanctions on Tehran has paved the way for further improvement of relations between the two countries.

Jayasuriya said that his country is eager to promote relations with Tehran in all areas.