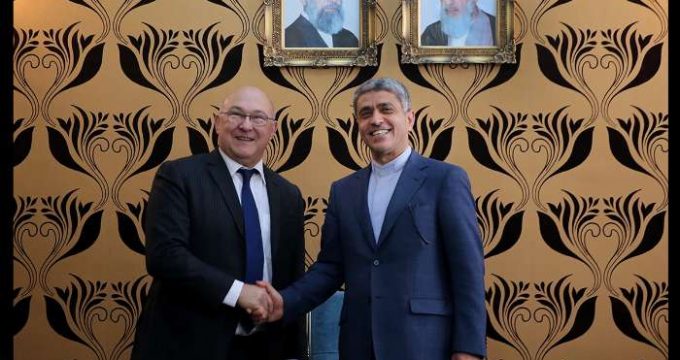 Press TV- France has called for “normalization” of banking ties with Iran to improve economic relations between the two countries.

French Economy Minister Michel Sapin said relations between Iran and France have considerably developed over the past few months, adding:

”Financial circuits however need to be normalized. It’s our aim, our will-even if it can’t be done in a day.”

Spain  made the statements after meeting his Iranian counterpart Ali Tayebnia in Tehran.

“We can’t work on developing our economic relations if we don’t also normalize our banking relations,” he said.

The French official then added that trust must be built “to allow companies – if they so wish – to have financing channels that are safe and efficient.”

French and other European companies have returned to Iran since the signing of the nuclear deal between Iran and P5+1 group of countries in 2015 which led to the partial lifting of international sanctions in January last year.

Despite the deal, international banks have not yet reestablished financial circuits with Iran, fearing reprisals from the US which has maintained some economic sanctions against Iran.

“France’s big banks are international banks. They work around the world including in the US. It is therefore normal that they worry about respecting American rules with regards to their American activities… I can’t blame them, but they need to rebuild trust…We can work with them to understand the rules and find good reasons to work towards developing our relations,” Sapin said.

During the meeting, Zarif said Iran is seeking to develop relations with France and added Iran viewed France as a leading economic and political partner.

The Iranian foreign minister also said holding Tehran-Paris joint economic commission was a significant move in expansion of bilateral ties and the two sides were determined to take steps in this direction.

For his part, the French minister said as part of the nuclear deal between Iran and P5+1, France would put in its hard efforts to make the deal succeed.

“Many of the economic agreements between Iran and France like those in automotive and aerial industries have already been accomplished,” he said.