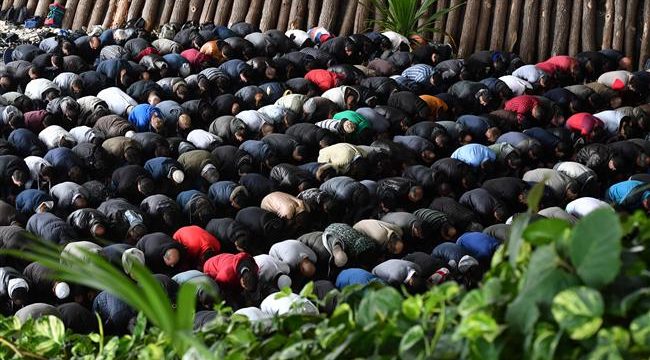 Press TV- A school in Germany’s western city of Wuppertal has ordered teachers to prevent Muslim pupils from publicly praying.

“In recent weeks it has been increasingly observed that Muslim pupils in the school building are praying, clearly visible to others, signaled by ritual washings in the toilets, the rolling out of prayer mats, and taking up certain postures,” the school of Gymnasium Johannes Rau said in a written internal note.

“This is not permitted,” added the note.

The school also called on the staff to “identify the names” and “report” any cases of Muslim students praying in school to management.

The move by the German school has met both criticism and praise.

Over the past months, Germany has witnessed a rise in hate crimes against refugees and Muslims, following Chancellor Angela Merkel’s open-door policy regarding asylum seekers arriving in the country mainly from violence-torn states in the Middle East and Africa.

Since the beginning of 2016, refugee shelters across Germany have reportedly come under 650 xenophobic attacks.

Muslims make up nearly five percent of the total population of Germany, which is home to some four million Muslims.