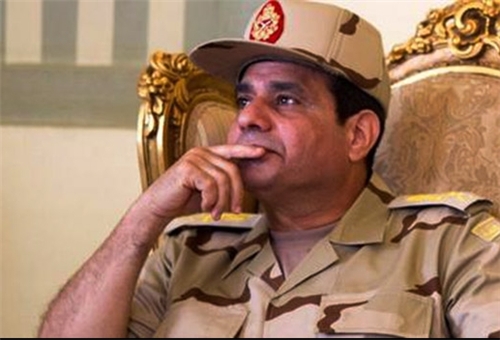 Egypt’s Sisi vows to stand by Syrians against terrorists

Press TV- Egyptian President Abdel Fattah el-Sisi says his country supports a “united Syria” and a political resolution to the foreign-sponsored militancy that has ravaged the Arab country for six years and killed thousands of people.

“Speaking of Egypt’s stance on Syria, we want a united Syria, a political agreement to resolve the crisis, and reconstruction of Syria. [We do] not want to leave the Syrian people at the hands of terrorist groups,” Sisi said at a joint press conference with German Chancellor Angela Merkel in the Egyptian capital Cairo on Thursday.

The Egyptian leader also called for adopting a “clear and firm position” vis-à-vis “the sponsors of terrorism in the region.”

In October last year, the Damascus government called on Egypt to lend its support to the fight against terrorists in the region.

During a meeting between Major General Ali Mamlouk, the head of Syria’s National Security Bureau, and senior Egyptian intelligence officials, including Major General Khaled Fawzy, the director of the Egyptian General Intelligence Directorate, the two sides reached an agreement on “coordinating political standpoints” and improving bilateral “cooperation in the combat against terrorism.”

Egyptian Foreign Minister Sameh Shoukry announced in September that Cairo and Riyadh, one of the main sponsors of terrorism in the region, did not share common views on the ongoing Syrian crisis.

Shoukry stated that terrorist groups cannot remain in Syria if peace is to be achieved in the conflict-stricken Arab country.

While Saudi Arabia and its allies in the Persian Gulf region, particularly Qatar, are financially and militarily supporting extremists fighting to unseat Syrian President Bashar al-Assad, Egyptian officials have reiterated that the crisis in Syria can only be solved through political means.

Earlier, the top Egyptian diplomat had underlined the importance of the resumption of Syria talks during the International Syria Support Group (ISSG) meeting in New York, and called for attempts to accelerate a comprehensive ceasefire in the Middle Eastern country.

Shoukry had also stated that major powers should put in more efforts and indiscriminately target terrorist elements and organizations.