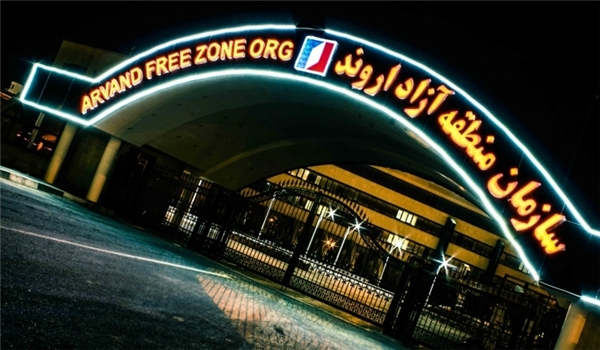 Tasnim– The deputy head of the Arvand Free Zone in southwestern Iran announced that over the past year 10 European and Asian countries have made investments in the zone.

Mohammad Reza Motamedi said $105 million in foreign investment has been attracted to the Arvand free trade zone in various sectors of the food industry, wind power plant and chemicals.

He added that during the past year, 10 countries have invested in the area, including Turkey, Pakistan, India, France, Kuwait, Britain, Austria, China, Germany, and Iraq.

The official went on to say that foreign investments in Arvand Free Zone have increased since the Joint Comprehensive Plan of Action (JCPOA), the July 2015 nuclear deal between Iran and world powers.

Arvand Free Zone is located along the Persian Gulf and covers an area of 172 square kilometers. It is at the confluence of two large rivers (Arvand and Karoon ) and has common border with Iraq and Kuwait.

The remarks come against the backdrop of a new wave of interest in ties with Iran after Tehran and the Group 5+1 (Russia, China, the US, Britain, France and Germany) on July 14, 2015 reached a conclusion over the text of a comprehensive 159-page deal on Tehran’s nuclear program and started implementing it on January 16, 2016.