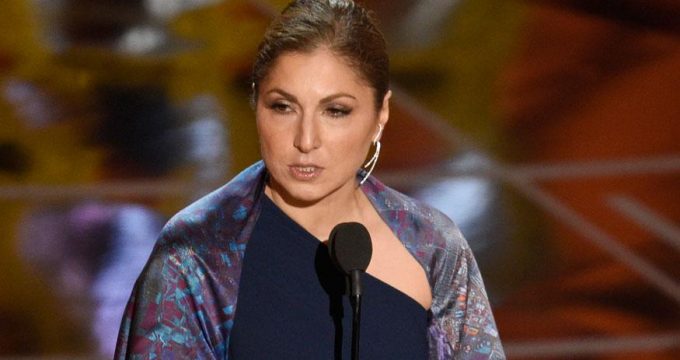 Has Trump tied the knot between Farhadi’s the Salesman and Oscars?

Iranian Diplomacy|Hessam Emami : On January 24, Asghar Farhadi’s latest feature, The Salesman, already boasting two Cannes Film awards for best screenplay and best actor (Shahab Hosseini as Emad), was nominated for the best foreign language film Academy Award, as many film critics expected. That was no novelty for either Farhadi or the Academy. As early as 2009, Farhadi’s masterpiece About Elly was submitted for competition in the Foreign Film section. In 2011, Nader and Simin: A Separation, seen by many as his best drama, received international acclaim from across the world and swept prestigious accolades from various festival including Berlin, Vancouver, and Sydney film festivals as well as Golden Globe, British Academy, London, and New York Film Critics Circles. A Separation moved on to make history as the first Iranian director to win an Academy Award as the best foreign film on 24 January 2012.

Despite domestic criticism over what the hardliners deemed to be Farhadi’s dark depiction of life in Iran, many filmgoers and critics hailed Farhadi’s unique sociocultural realism that incorporates dramatic storytelling techniques through documentary-style lens. His Academy Award acceptance speech was also seen as an effort to soothe allegations of working against the interests of the nation. “At the time when talk of war, intimidation, and aggression is exchanged between politicians, the name of … Iran is spoken here through her glorious culture, a rich and ancient culture that has been hidden under the heavy dust of politics. I proudly offer this award to the people of my country, a people who respect all cultures and civilizations and despise hostility and resentment.”

The Salesman, the story of a middle-class couple whose relationship begins to suffer after they move into an apartment that was previously occupied by a prostitute who hosted clients there, is not a stranger to domestic criticism, too.

Its blunt exploration of marital commitment, loyalty, and trust, foiled by the couple’s rehearsals for a stage adaptation of Arthur Miller’s drama of the same name, graduates into a rouge revenge for the husband, who eventually tracks the old man who had blindly tried to rape his wife instead of the prostitute. Farhadi’s critics claimed that the film discourages its viewers from manly honor, as its ending suggests. The criticism was taken to a whole new level when Doha Film Institute came out as a co-financer of the film. The institute was founded in 2010 by Al-Mayassa bint Hamad bin Khalifa Al-Thani, sister to the Qatar ruling Emir, according to an article published on Tabnak.

Surviving through all this, The Salesman ran into a stonewall three days after its Academy Award nomination, when the just-inaugurated US President Donald Trump issued executive order 13769, placing limits on entry to the US from certain countries, including Iran. The backlash against the travel ban soon became a cause that called for involvement on the part of The Salesman’s cast and crew. Female star Taraneh Alidousti was the first to respond, announcing in a tweet on the same day her plan not to attend the Academy Awards ceremony in protest.

Farhadi, caught between the Devil of Trump and the deep sea of Iranian hardliners, needed two or three more days to announce a similar decision in a statement. “The possibility of this presence is being accompanied by ifs and buts which are in no way acceptable to me even if exceptions were to be made for my trip,” said the statement, criticizing “hardliners”, in the US and Iran, for regarding the world via an “us and them” mentality and instilling fear in people.

On Friday, Variety reported that two prominent Iranian Americans – engineer Anousheh Ansari, known as the first female space tourist, and Firouz Naderi, a former director of Solar Systems Exploration at NASA – will be representing Farhadi at the upcoming Oscars ceremony: a clear message to US President Donald Trump.

The decision to boycott Oscars and send representative instead has brought many international sympathizers, including Farhadi’s rivals in this year’s edition of the Awards. The six directors in the running issued a joint statement also on Friday, blaming “leading politicians” for the fear they feel is creating “divisive walls”. According to the Guardian, the six condemned “the climate of fanaticism and nationalism we see today in the US and in so many other countries, in parts of the population and, most unfortunately of all, among leading politicians”.

However, the politicization of the Oscars is the last thing Farhadi’s rivals need. The Deadline Hollywood has quoted an anonymous source “closely related to a finalist film” as saying every one of the films except The Salesman is being held hostage by a political situation that has nothing to do with any of them. “It is all the media is writing about, not only the trades, but all over the world. We are all concerned that the impression left on voters will be that a vote for The Salesman will be a vote against Donald Trump and that a message will be sent about his ridiculous immigration policies. And none of us can say anything about it,” the source told Deadline.

Iranian people and government have repeatedly complained about the Academy’s political orientation, a claim substantiated by the Oscars’ reception of Ben Affleck’s anti-Iran historical drama Argo. This year, tables seem to have turned.