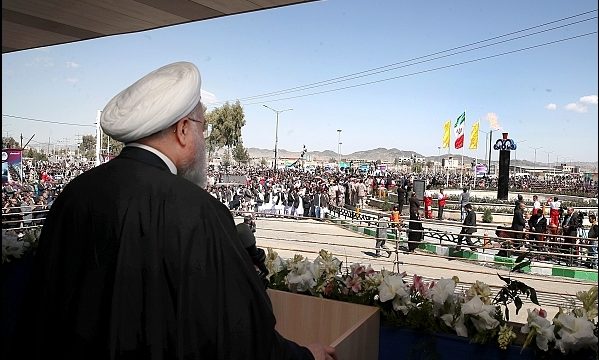 ‘Sistan and Balouchestan to reap outcomes of Makran development’

MNA– President Hassan Rouhani has said economic projects will bring boom to southeastern province through developing Makran coasts.Mr. Rouhani arrived in Zahedan Tuesday morning to inaugurate economic and construction projects in the far-flung province. He told the welcoming crowd that the province had been secure since long thanks to the efforts of intelligence and armed security forces.

President inaugurated Iranshahr-Zahedan gas pipeline project; “I am now satisfied that one of my election campaign promises has been fulfilled; the government had a priority to develop Makran coasts and the trilateral agreement with Afghanistan and India provides testament to this resolve; this is to respond to public demands made in my last visit to the province and attempts will be waged to address all other demands as well,” he told the inauguration ceremony.

“With projects implemented in Chabahar and Makran in general, the economy of the region will be revolutionized which will bring concrete changes to lives of the native people; developments will positively affect the economy of the region and other parties to the deal,” Rouhani promised. “A port and a harbor of 8.5 million metric tons capacity to handle imports and exports will have far-reaching impacts well into the next century, as Mr. Narendra Modi, Indian Prime Minister had said during signing of the deal.”

“Sistan and Baluchistan is a strategic province in that it is the only province providing Iran with path to the Indian Ocean and thus to the farther seas,” he concluded.