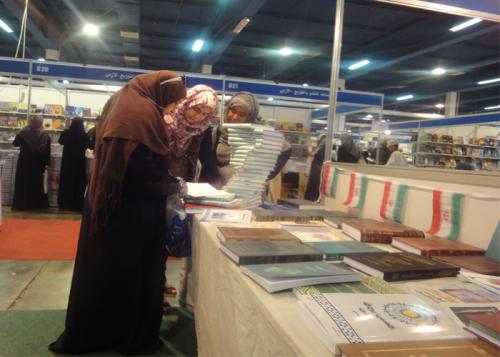 IBNA- The 22nd Muscat International Book Fair is currently underway in the capital of Oman as Iran is actively participating in this event.

According to IBNA correspondent, in this edition of the Muscat International Book Fair about 450,000 book titles by 750 international publishers (590 direct and 160 through agencies) from 28 countries have been put on display. The book ‘Mohammad (PBUH)’ written by Ebrahim Hassan Baigi in two Persian and English versions is among the works introduced by Iran in the fair.

Hassan Baigi who has attended this event, delivered a speech on the Iranian fiction literature for the interest of the audience of at a meeting.

Iran’s Cultural Fairs Institute (ICFI) which represents our country in the 22nd Muscat International Book Fair with 400 books on various subjects such as the Persian classic and contemporary literature, children and young adults books, studies on Iran, art and Persian calligraphy.

Several artistic and cultural programs have been organized on the sidelines of this fair, which kicked off on February 22 and will run until March 4.
Oman was the guest of honor in the Tehran International Book Fair in 2015.