A Look at Iranian Newspaper Front Pages on February 28

Iran Front Page- Almost all newspapers today covered the Academy Award for Best Foreign Language Film given to Asghar Farhadi’s film The Salesman. Many of them referred to the political atmosphere of this year’s Oscars and some even described Farhadi’s success as a result of political issues.

Iranian President Hassan Rouhani’s remarks about his government’s economic achievements and the stability of Iran’s market as a result of his administration’s measures also received great coverage.

Another top story was the remarks made by Interior Minister Abdolreza Rahmani Fazli about the UN experts on fight against money laundry who are due to visit Iran.

2- Judiciary Chief: It’s a Crime to Use Anti-Iran Media for Election 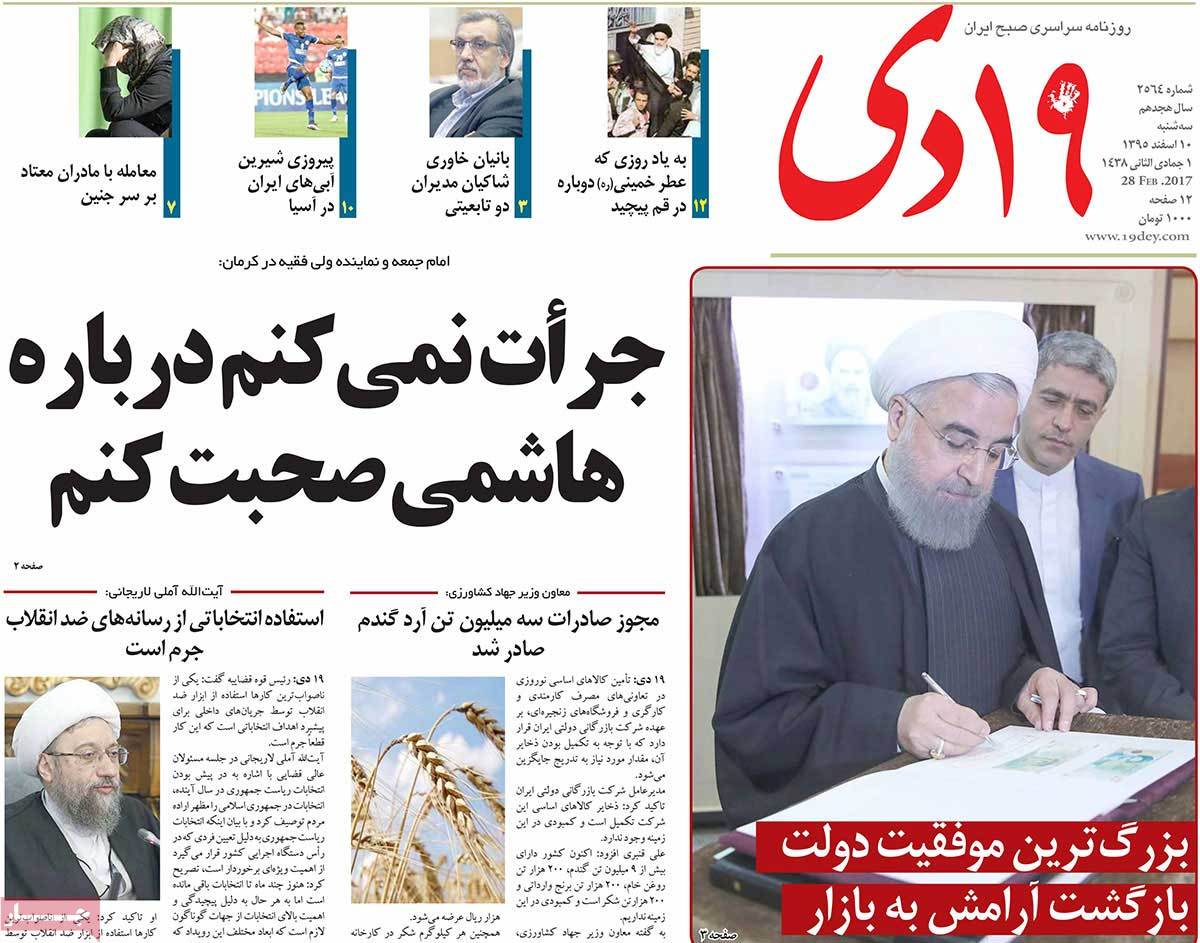 3- Israeli Paper: Assad’s Fate in Hands of a Russian General 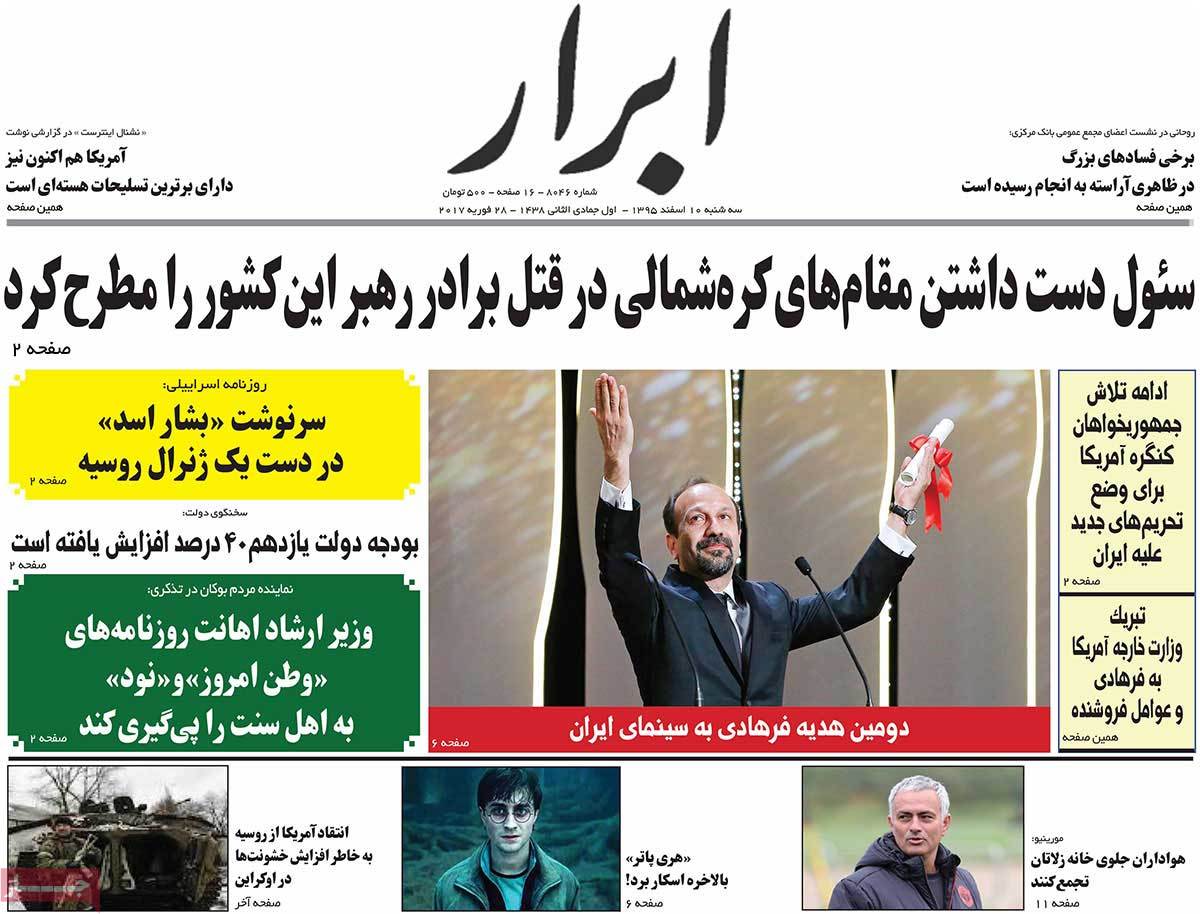 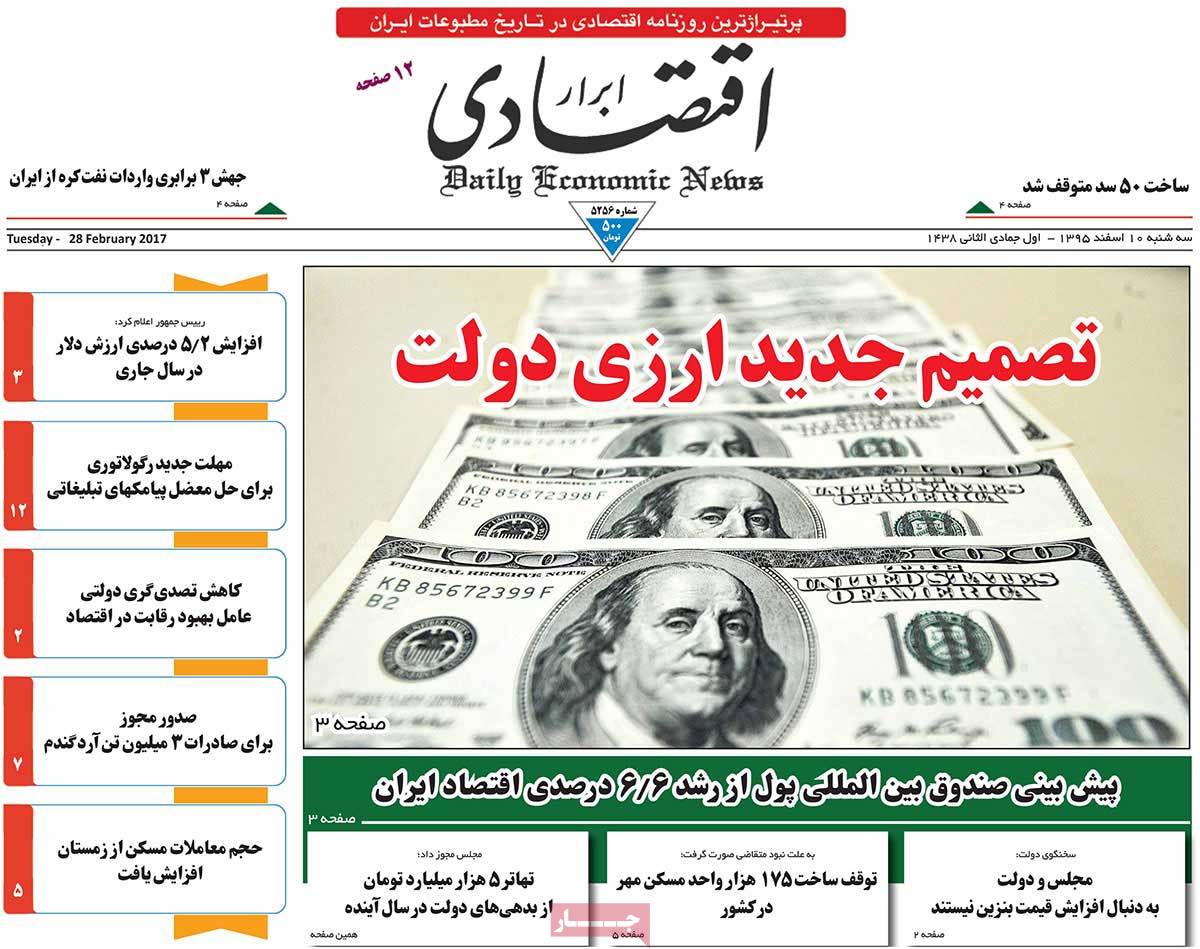 1- Cultural Diplomacy: Farhadi once again won Oscar and conveyed message of Iranian people to the world 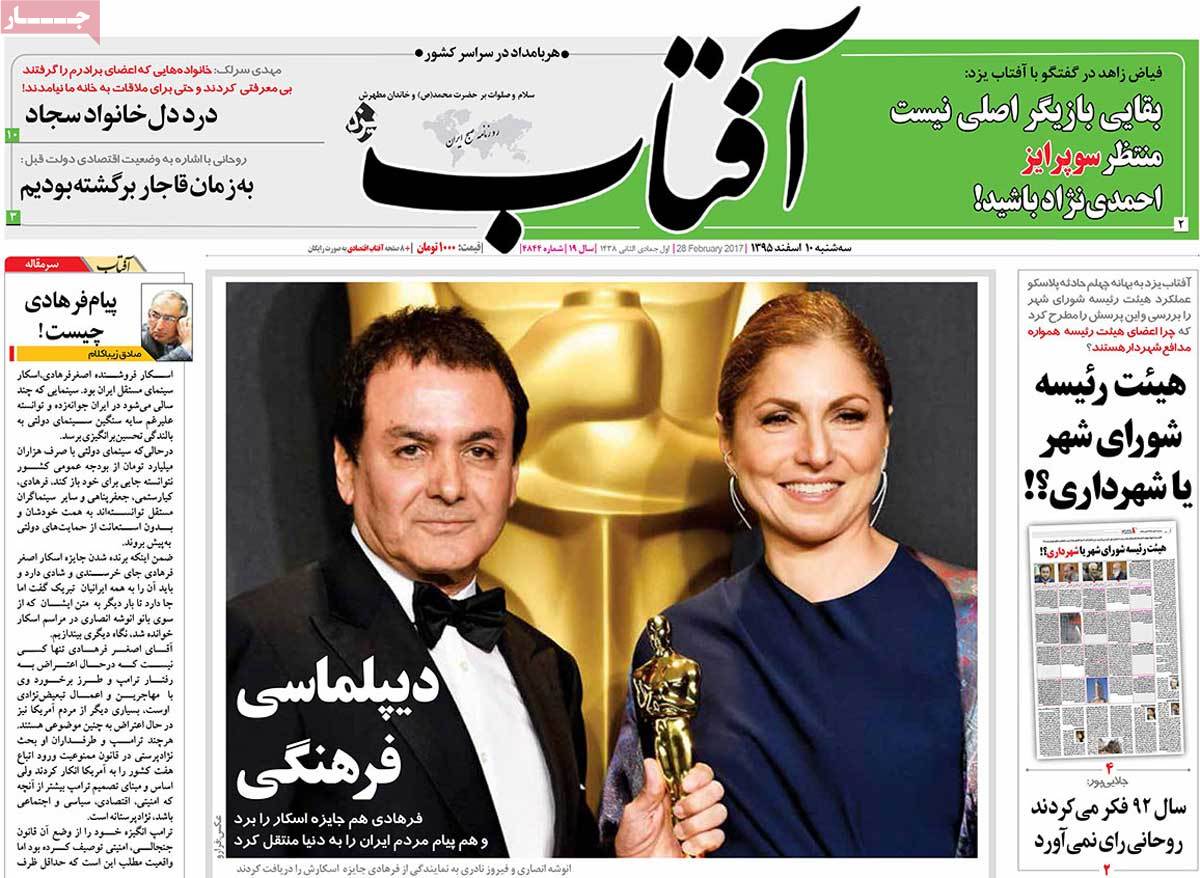 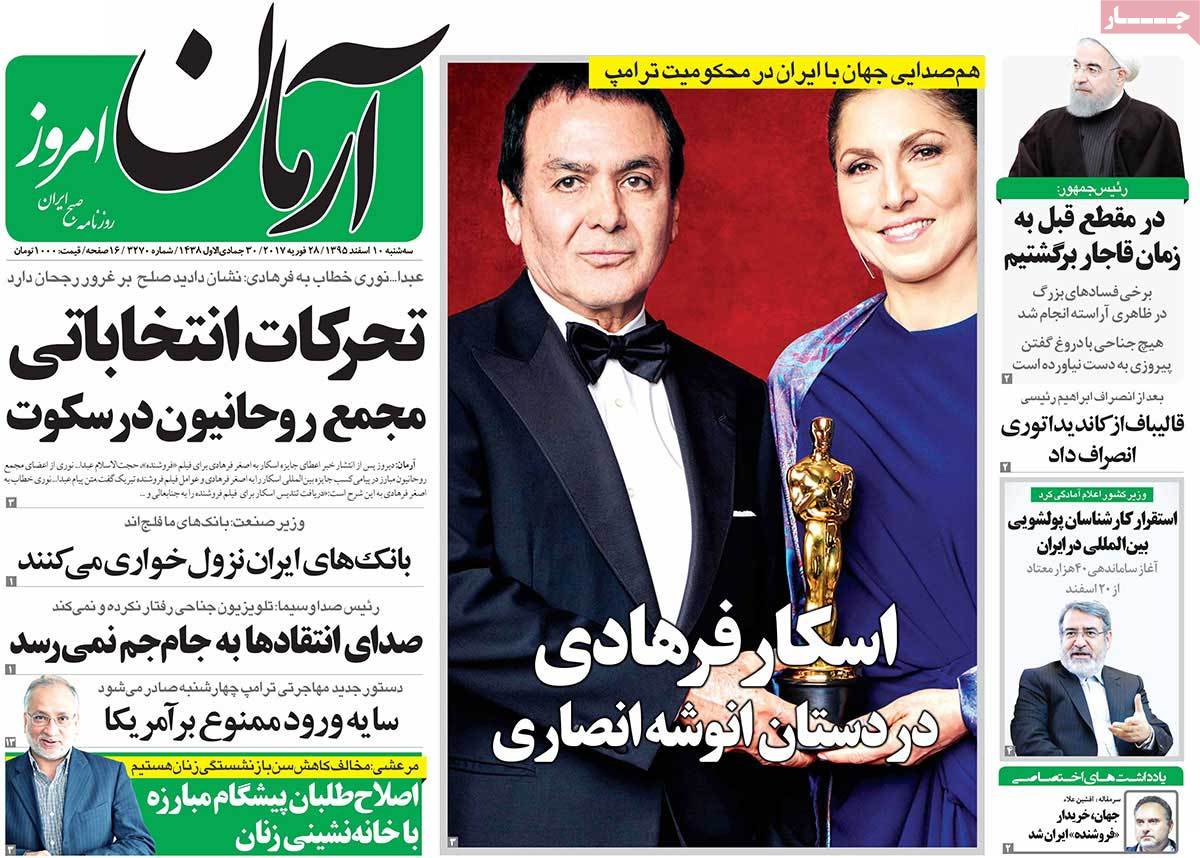 1- Art against Politics: Farhadi wins Academy Award for second time with ‘The Salesman’ 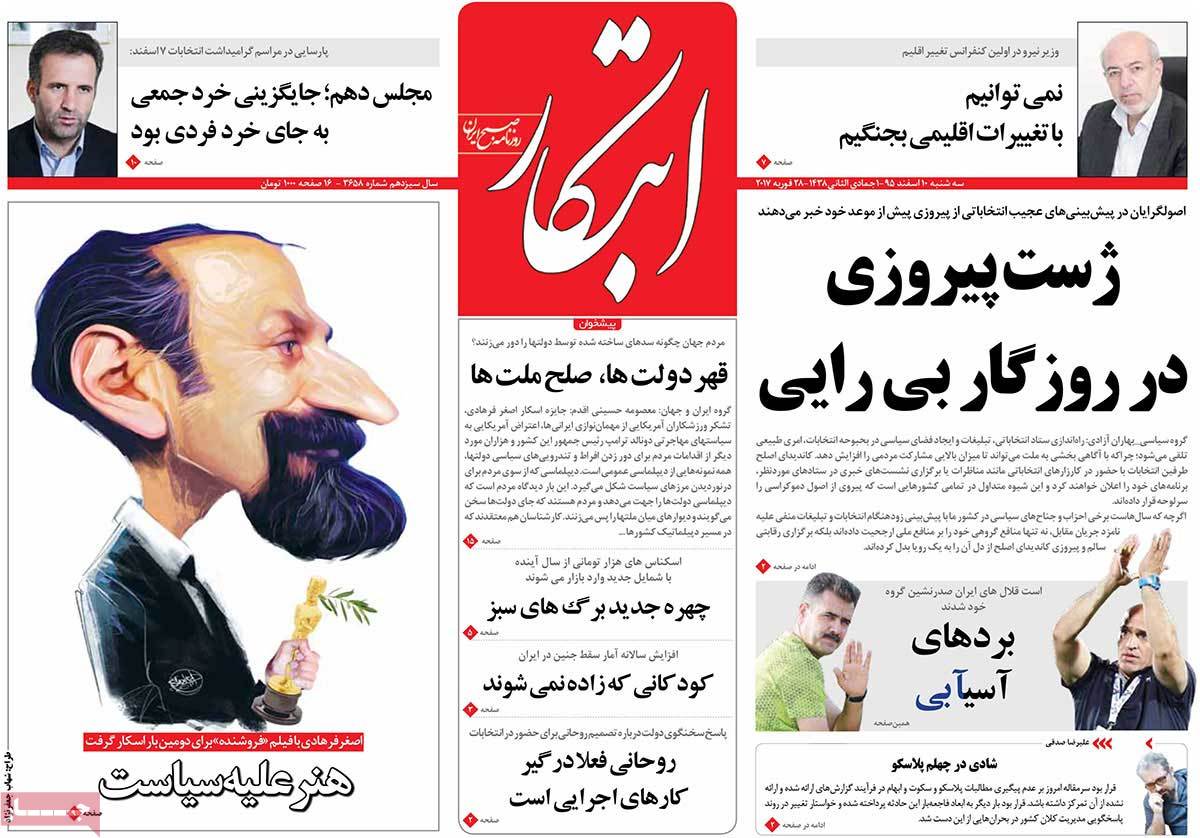 1- Rise of Peace in Dawn of Oscars 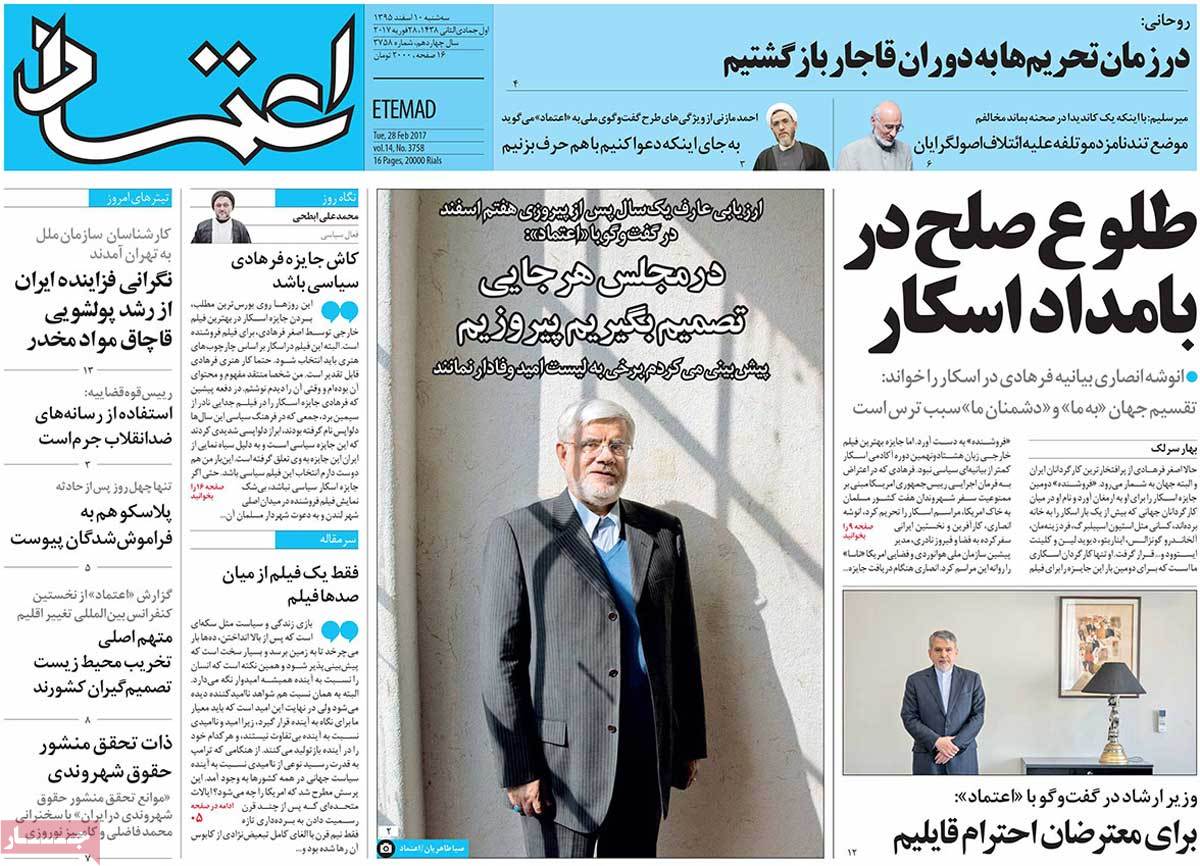 2- Deputy FM: US to Be in Loss If Trump Scraps Nuclear Deal

3- Rouhani: We Need Powerful Banks for Interaction with World 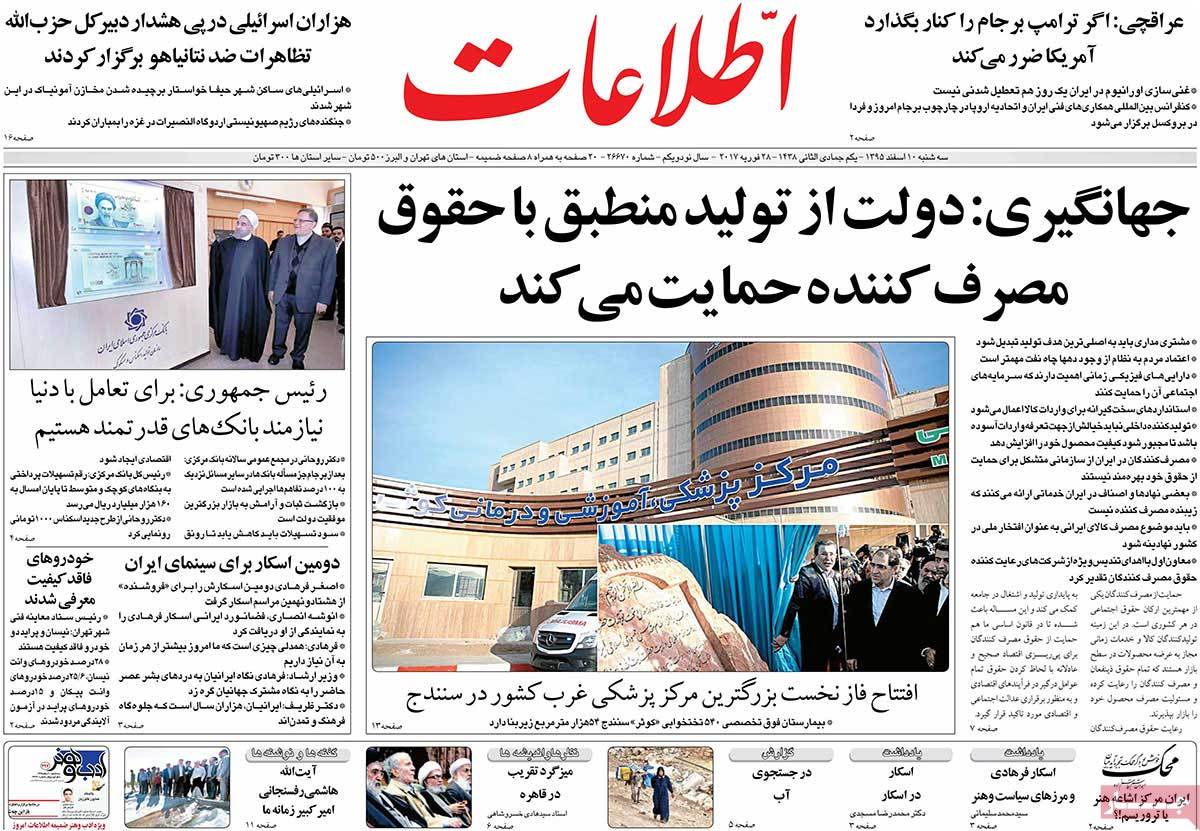 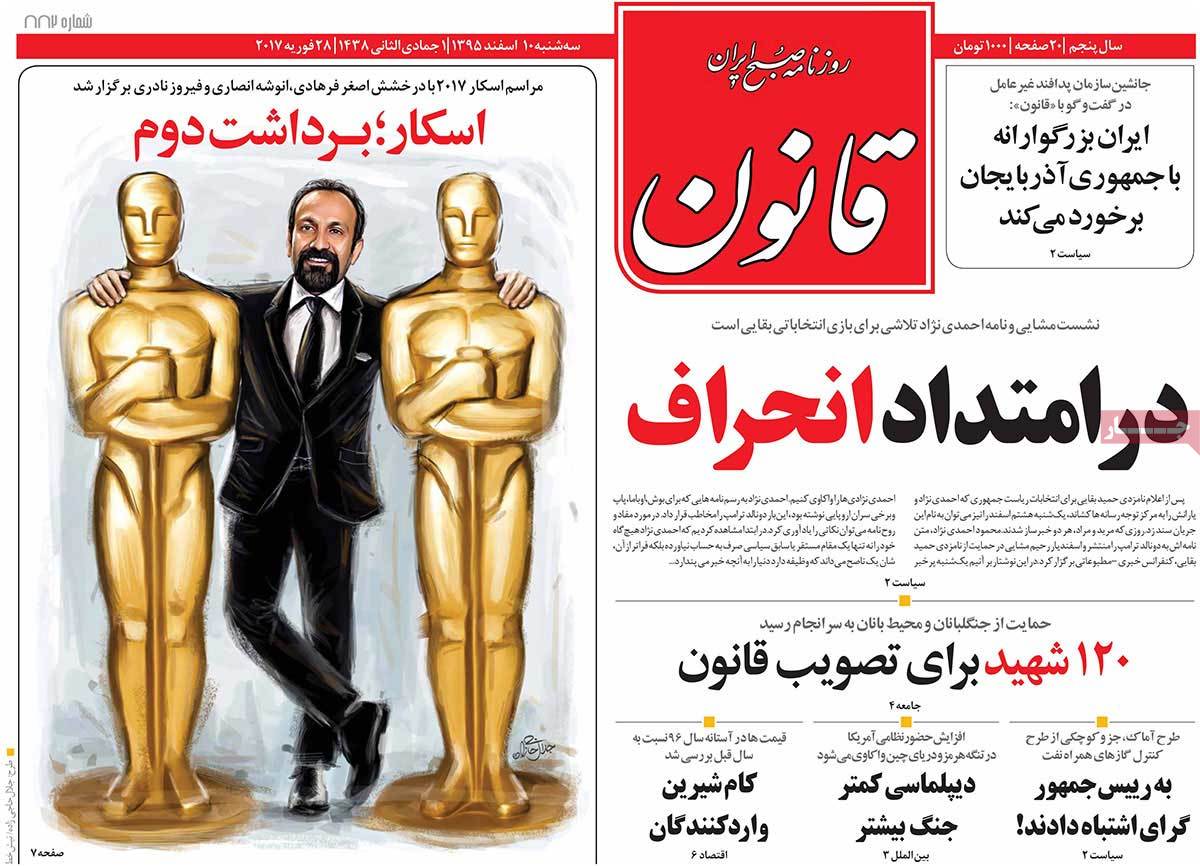 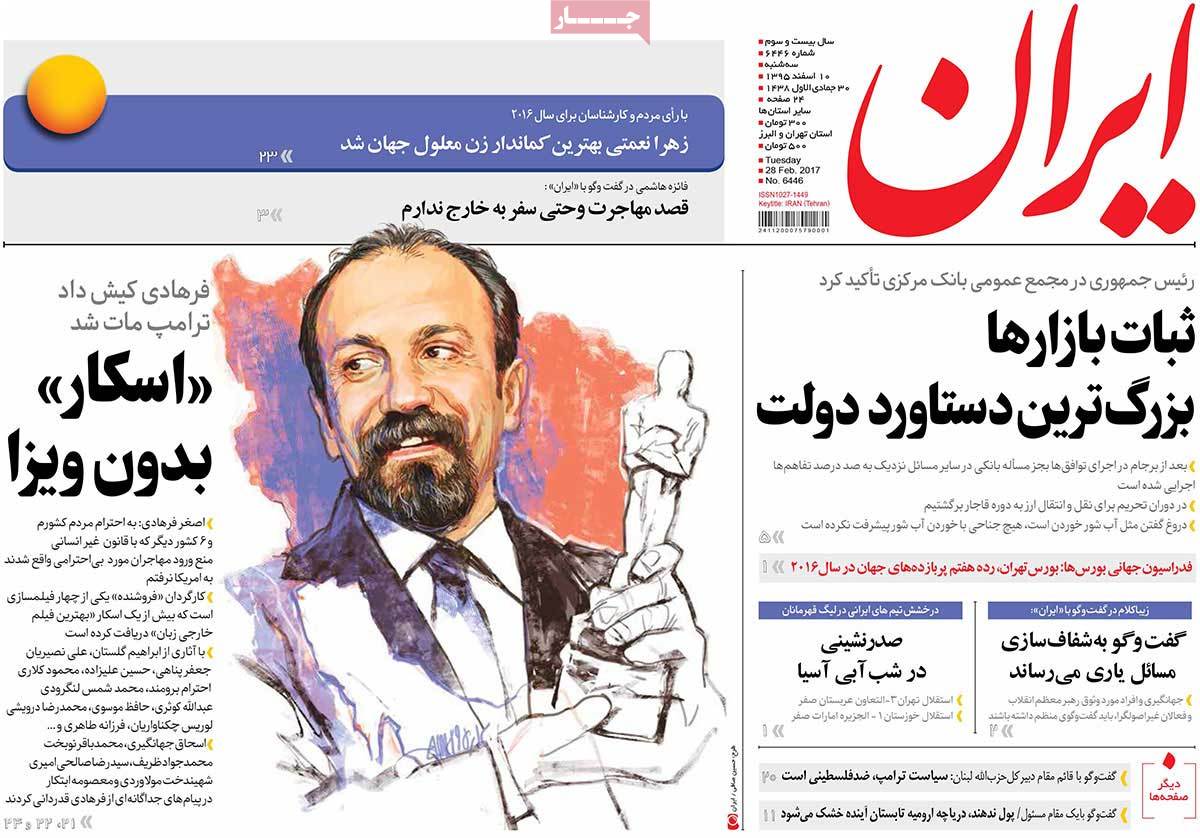 1- Trump Is Same as Obama, but More Outspoken: Iranian Adviser 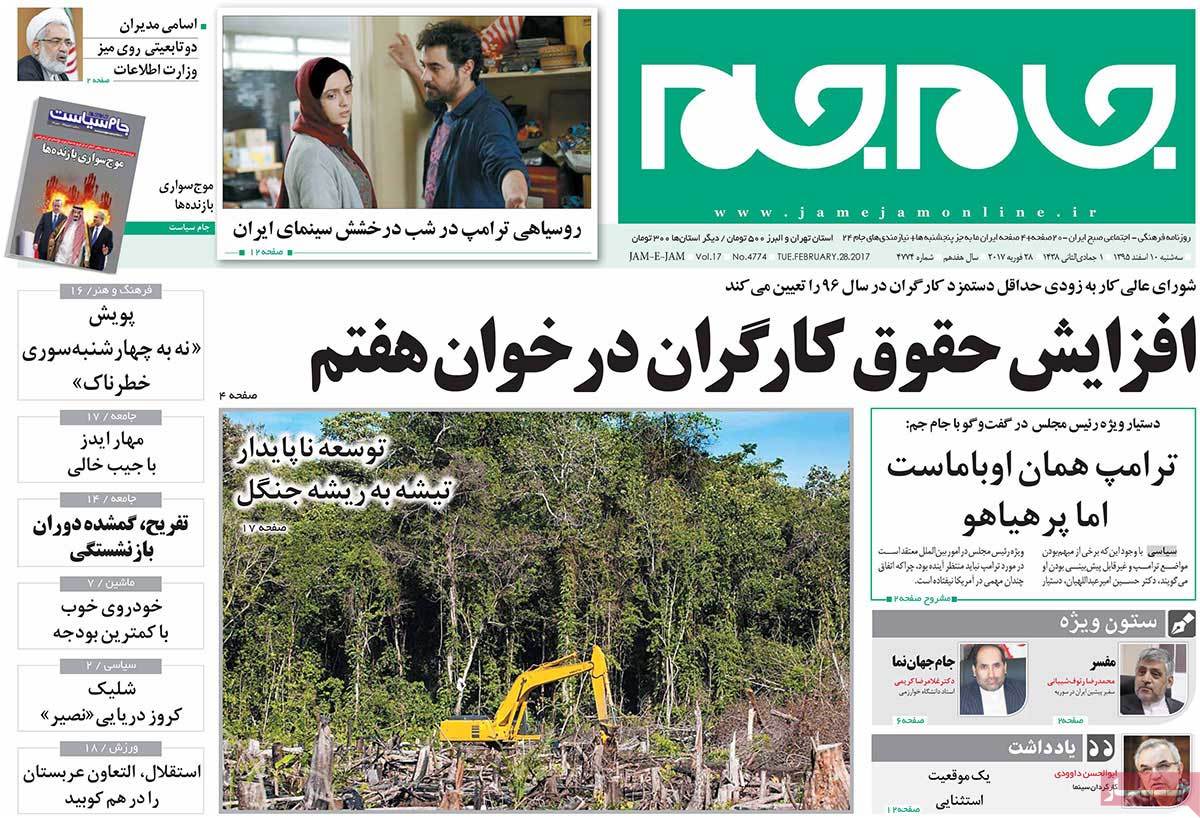 1- Rouhani Blames US and Iranian Banks for Continued Banking Sanctions

3- Trump’s Political Oscar: Farhadi’s The Salesman wins Oscar in anti-Trump atmosphere in US 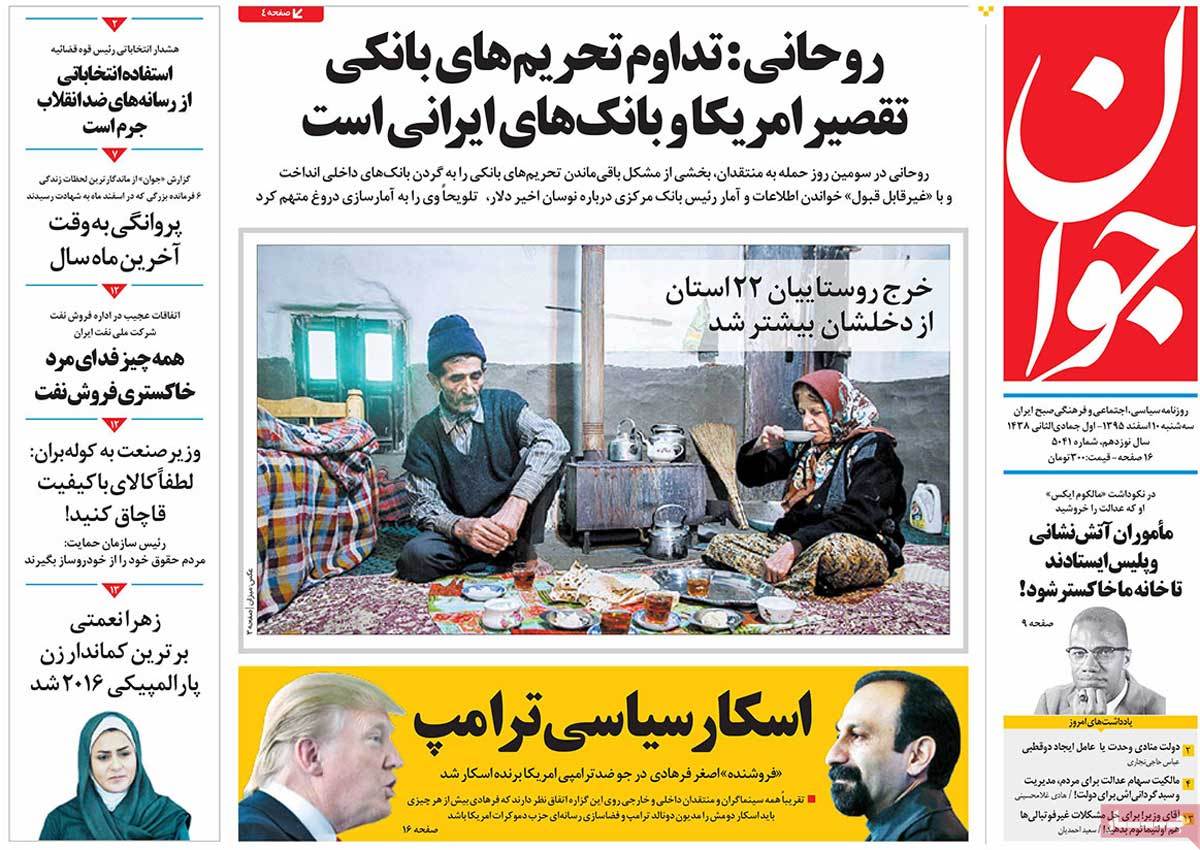 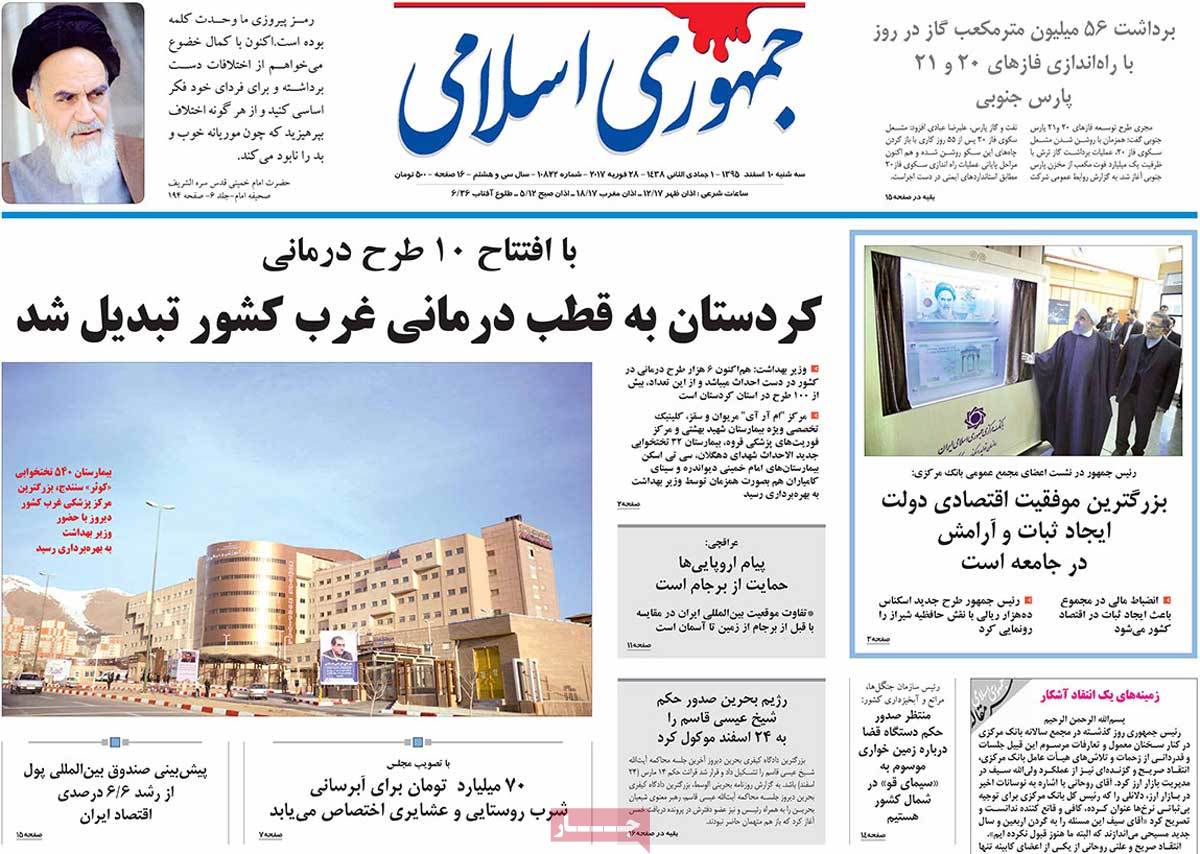 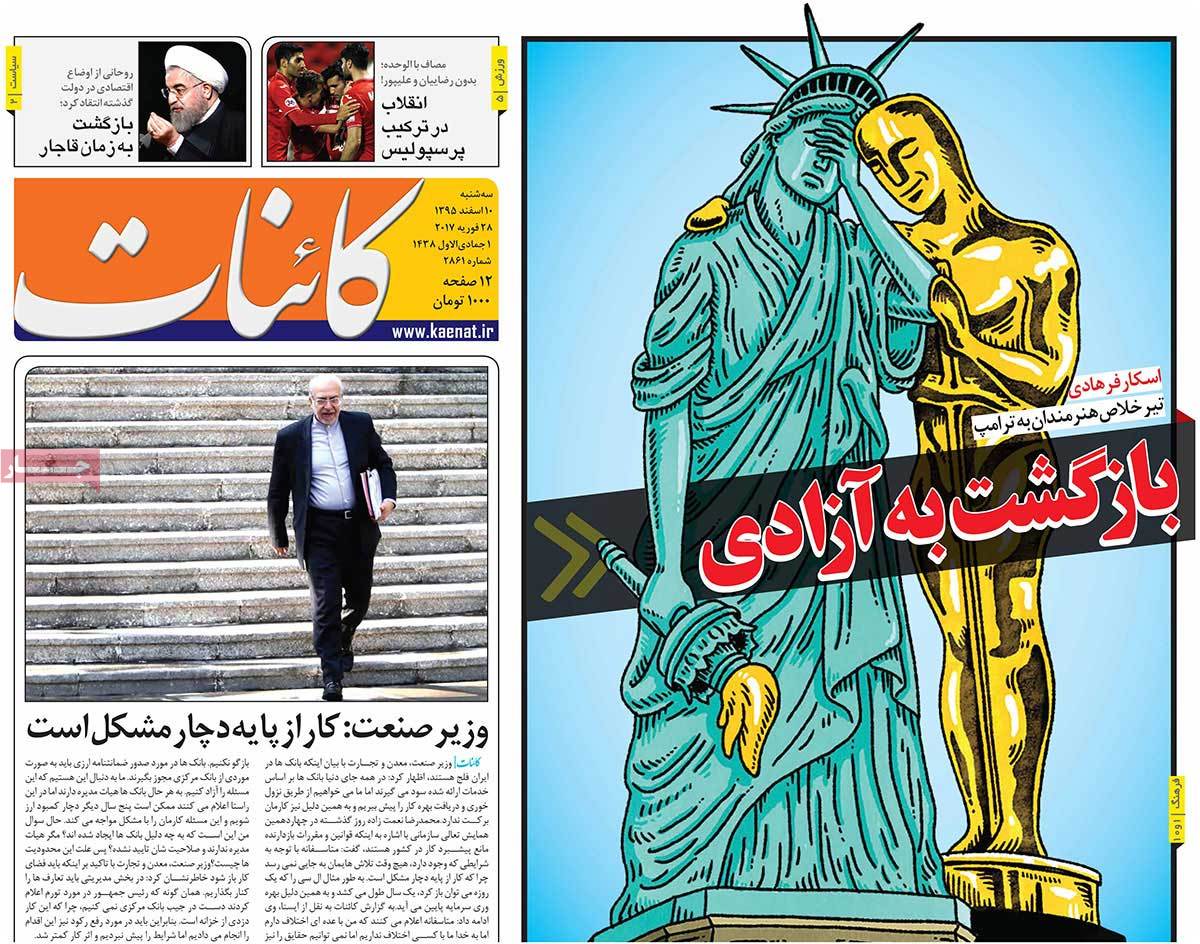 1- When We Have Cocoa Milk, Why Water? [Kayhan’s report of President Rouhani’s remarks, alluding to the low quality of water in Khuzestan province]

3- Yemeni Sources: Al Saud Has Poured 2m Bombs and Rockets on Yemeni People in Past 2 Years

4- What Did ‘The Salesman’ Sell to Win Oscar? 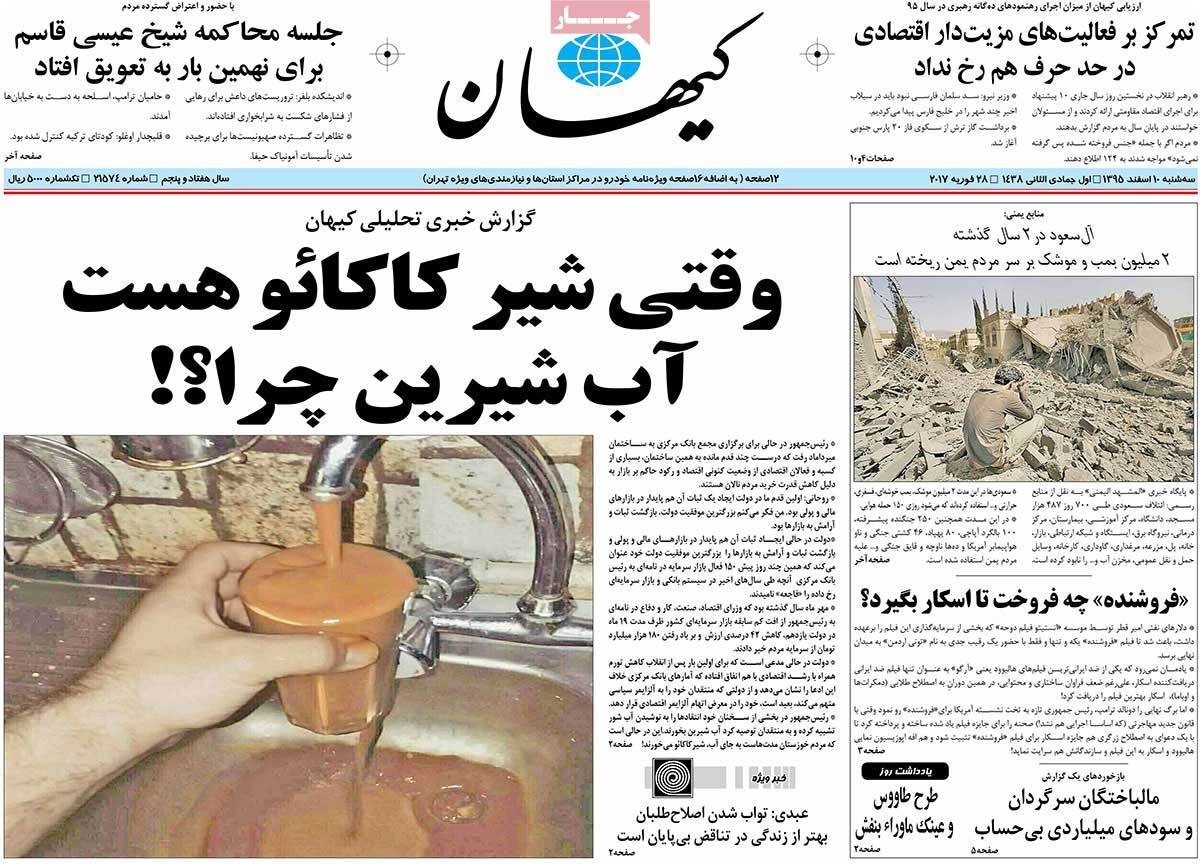 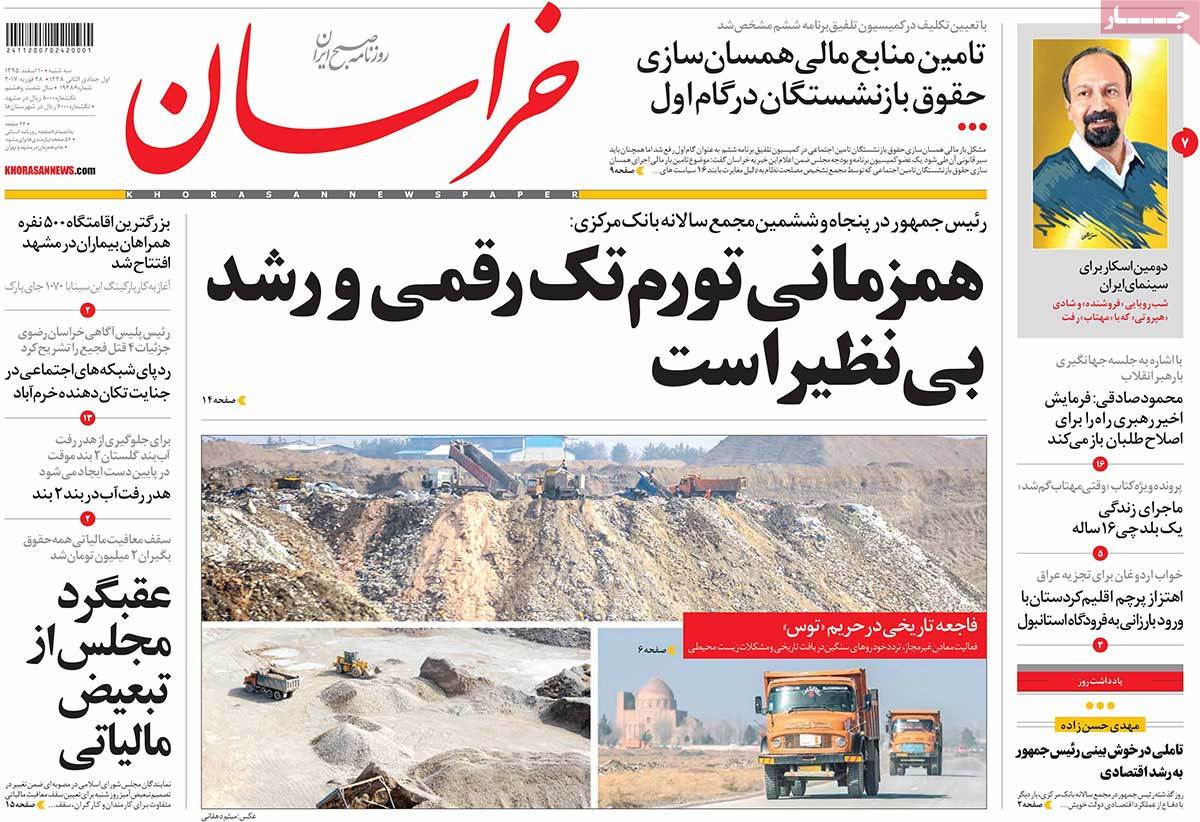 1- A Reward against the Wall: Farhadi Wins Iran Second Oscar 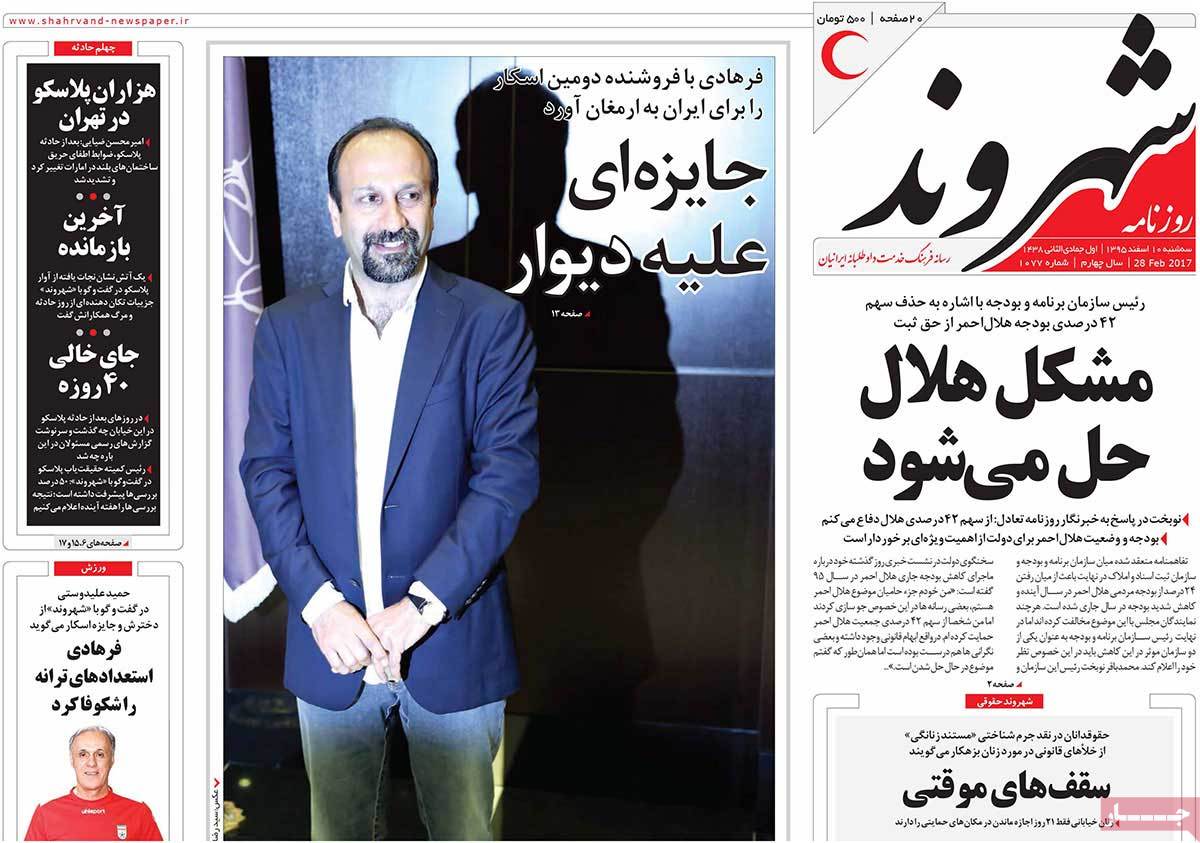 3- Trump, Are You Awake? [Editorial about Farhadi’s Oscar] 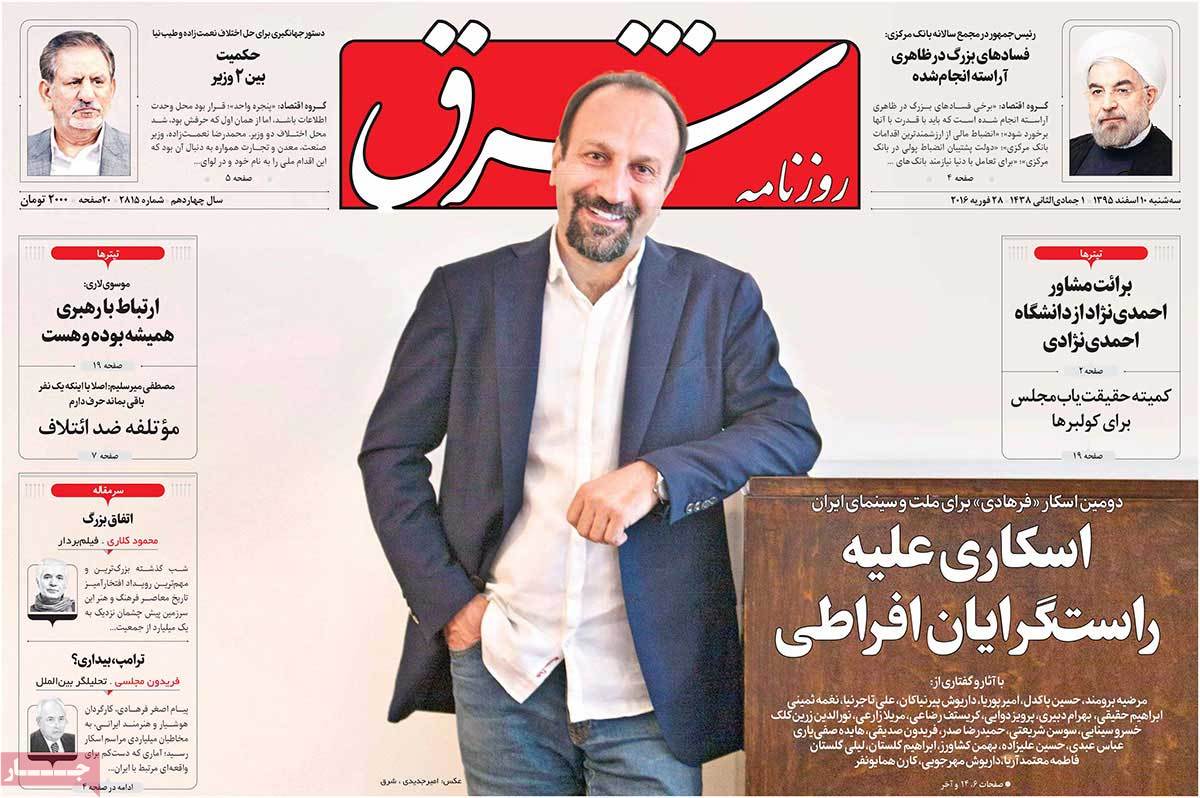 2- Trump’s War with Europe without Bullets: Economy Is Subject This Time 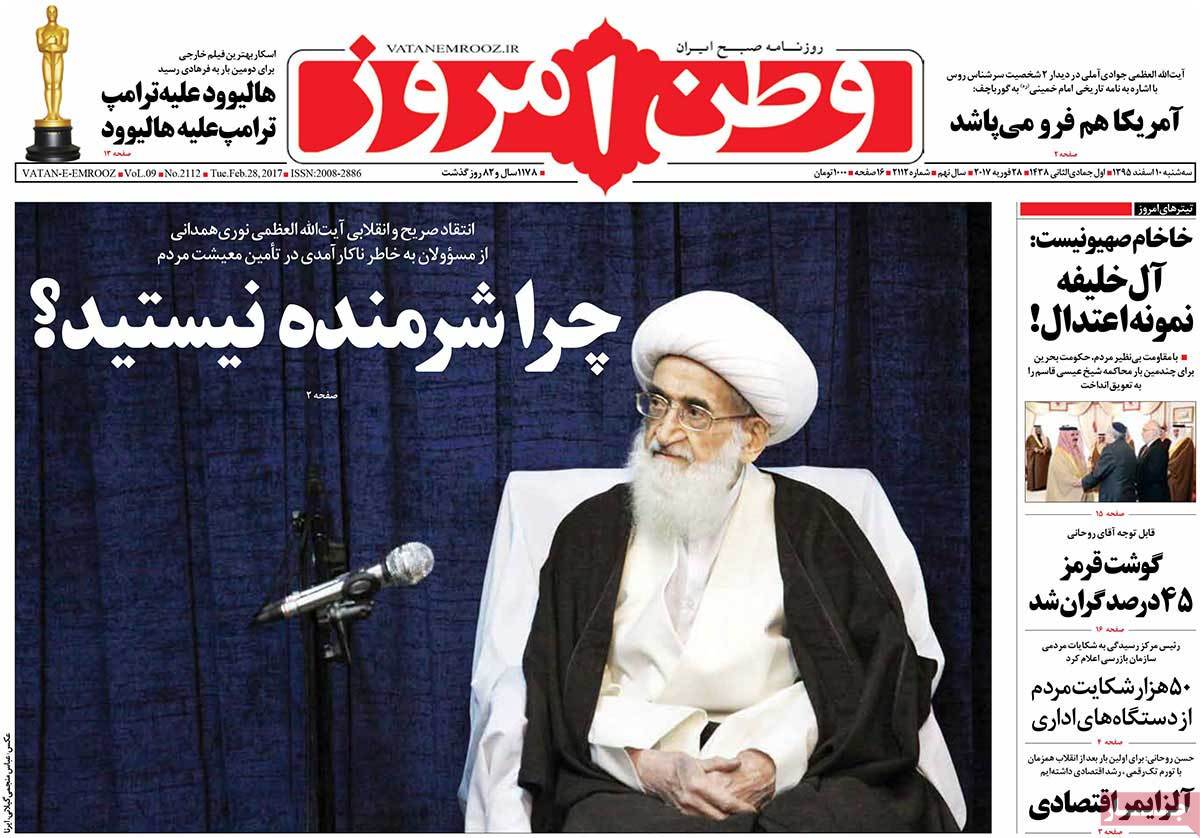