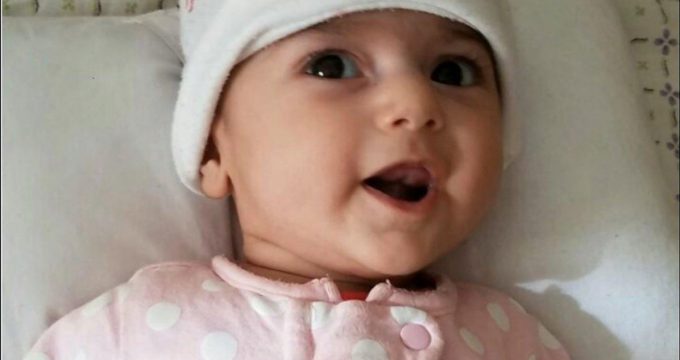 AP- Physicians say a 4-month-old Iranian girl with a rare heart condition who was affected by President Donald Trump’s travel ban is “out of the woods” and making good progress after her life-saving surgery last Friday.

Fatemeh Reshad and her parents’ plans to enter the United States with a travel visa for the infant’s surgery were canceled last month after Trump’s executive order on immigration and refugees from seven predominantly Muslim countries, including Iran.

The girl and her parents arrived in Portland, the home of some of their relatives, a few days later after being granted a waiver the same day Trump’s ban was temporarily blocked by a federal judge.

Doctor’s at Oregon Health Sciences University’s Doernbecher Children’s Hospital have an expertise in the infant’s condition.

Reshad underwent surgery Feb. 17, a procedure her physicians say was more complicated given that it’s typically performed within days or weeks, rather than months, after birth. The family’s delayed arrival to the U.S. would not have necessarily been enough time to affect her condition, the girl’s doctors said during a news conference Monday.

“Her heart function looks beautiful,” said Dr. Laurie Armsby, associate professor and interim head of the hospital’s Division of Pediatric Cardiology. “We’re really pleased with how the surgery went and have a very strong sense at this point that she’s going to recover fully and go on to lead a happy and healthy life.”

Reshad underwent a series of diagnostic studies since she was admitted to the hospital Feb. 7 in preparation for her surgery. The infant remains in intensive care and it’s unclear how long her recovery will take.

The physicians declined to give further details of the girl’s procedure and current condition, at the request of her parents. Previous statements by hospital officials estimated a five- to six-hour surgical procedure performed by Dr. Irving Shen, a nationally respected expert on Fatemeh’s condition, and pegged her post-surgery stay at three weeks.

Reshad’s uncle, Samad Taghizadeh, a U.S. citizen who lives in Portland, stood alongside the girl’s doctors, thanking U.S. Sen. Jeff Merkley, New York Gov. Andrew Cuomo and immigration attorneys for being instrumental in getting the waiver for the baby’s family.

“In the beginning, I didn’t have any hope for my family coming here,” Taghizadeh said. “But I tried, and I was surprised how the people in the US have helped.”