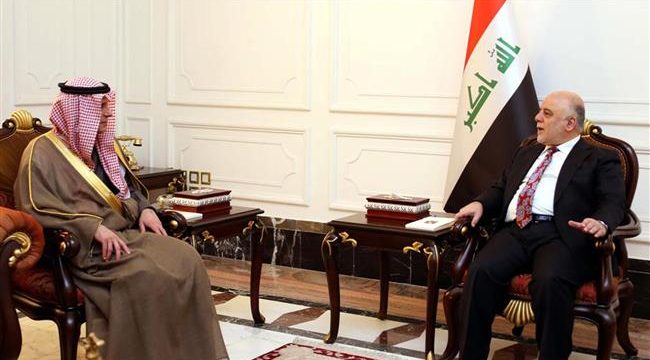 RT– The neutral stance of Iraq can provide ground for rapprochement between geopolitical rivals Saudi Arabia and Iran, Saudi Foreign Minister Adel Al-Jubeir said as he arrived for an unannounced visit to Baghdad.

The visiting Saudi official congratulated Iraq “on the victories achieved against Daesh (Arabic acronym for SIS/ISIL) and pledged Saudi Arabia’s support to Iraq in fighting terrorism,” a statement by the Iraqi PM’s office said, as cited by AFP.

Jubeir also said that Riyadh was ready to assist Baghdad in maintaining stability in areas already liberated from the terrorists.

Iraqi forces, backed by the US-led coalition, are currently storming the main ISIS stronghold in the country, Mosul, retaking the city’s airport earlier this week.

The Saudi minister praised Baghdad for its international stance, saying that “the whole region is heading toward compromise and Saudi Arabia sees Iraq as an important player to have on its side.”

“Iraq’s neutrality could [lay the ground] for Iranian-Saudi rapprochement,” Jubeir said, according to the statement.

Saudi Arabia and Iran have been main geopolitical rivals for decades as the Sunni and Shia nations struggle for the leading role in the Arab world.

Riyadh and Tehran currently have no diplomatic relations after they were severed when Iranian protestors demolished two Saudi missions in the country in January 2016.

The Saudi minister also complemented al-Abadi as the PM “never indulged in aggressive rhetoric against Saudi Arabia,” despite strong recent for the Sunni Muslim Gulf state among Iraq’s Shia majority.

Jubeir held talks with his Iraqi counterpart, al-Jaafari, who stressed that the current visit was “the first by a Saudi foreign minister since 2003” when Saddam Hussein was toppled.

In Baghdad, the top Saudi diplomat announced that Riyadh is planning to appoint a new ambassador to Iraq.

Saudi Arabia reopened its embassy in Baghdad after a 25-year break in 2015, but its first ambassador, Thamer al-Sabhan, was asked to leave shortly afterward. Al-Sabhan angered local politicians and militia leaders by commenting about Iranian meddling in Iraqi affairs and alleged persecution of Sunnis in the country.