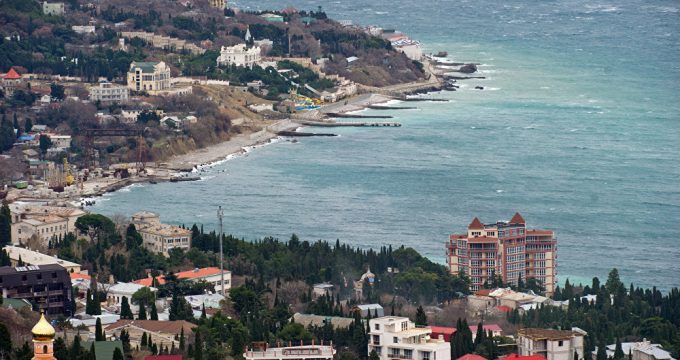 Sputnik News– Russia is going to sign a contract with Iran to supply turbines for thermal power plants in Crimea, the CEO of state corporation Rostec, Sergei Chemezov, said.

During a media briefing in Abu Dhabi, Chemezov announced that Russia plans to sign a contract with Iran for the supply of turbines for thermal power stations in Crimea.

According to him, negotiations with Iran are at an advanced stage and Rotec expects to install the turbines before the end of this year.

“We have problems with turbines after German and other European countries banned their supply to Crimea. We are now in the final stages of negotiations and we hope that, barring any additional US and European sanctions, we will be able to install these turbines before this year is out,” Chemezov said.

Even though Iran has not recognized Crimea’s reunification with Russia, it is ready to assist Moscow’s efforts to ensure an unfettered energy supply on the Black Sea peninsula.

In an interview with Sputnik Persian, Tehran-based political analyst Shoeib Bahman said that economic cooperation with Crimea could speed up the process of the international recognition of the region as part of the Russian Federation.

“When Iran fell victim to Western sanctions, Russia lent it a helping hand. Iran is now returning the favor and hopes that this will help Russia deal with the problems at hand,” Shoeib Bahman said.

He mentioned the great deal of attention Tehran and Moscow paid to technological and other exchanges between the two countries.

He added that Iran prioritized business ties with Russia and that the deal on the supply of turbines to Crimea was dictated by the longtime and mutually beneficial economic cooperation between the two countries.

“We are not raising the issue of Crimea’s recognition now, but we believe that, at the end of the day, this contract could serve as a basis for our dialogue on this issue.”

This year, Russia’s Tekhnopromexport Company is scheduled to commission two combined-cycle thermal power plants 470 MW each in Simferopol and Sevastopol, which should resolve the energy problems in Crimea, which is cut off from supplies from Ukraine.

The Crimean peninsula seceded from Ukraine and reunified with Russia after more than 96 percent of local voters supported the move in a referendum in March 2014. Kiev, as well as the European Union, the United States and their allies, did not recognize the move and consider the peninsula to be occupied territory.

They imposed a number of individual and economic sanctions against Russia, driving Russia to retaliate with a ban on various imports from Europe.