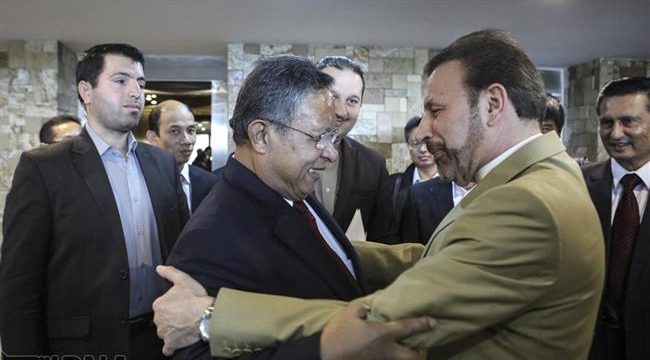 Press TV- Indonesia says it is looking into the prospects of purchasing crude oil from Iran through long-term supply agreements.

The announcement was made by Darmin Nasution, the visiting Indonesian coordinating minister for economic affairs.

Nasution told Mahmoud Vaezi, Iran’s minister of information and communication technology, that Indonesia had purchased one million barrels of oil from Iran for a related compatibility check with its refineries.

He added that once the check is successful, Jakarta would proceed with sealing a long-term supply deal with Tehran in the near future.

Nasution – who is heading a major trade delegation in his trip to Tehran – further said that Indonesia was also interested in purchasing liquefied petroleum gas (LPG) from Iran, Iran’s IRNA news agency reported.

Nevertheless, the official emphasized that a serious plan on the country’s agenda was to invest in two Iranian oil projects – Mansouri and Ab Teymour – which he said had the potential to produce a collective of 200,000 barrels per day.

Nasution said Iran and Indonesia were yet to fully use the available potentials to boost their mutual cooperation.

He said that there are a series of areas that have a high potential of cooperation.  They, the Indonesia minister said, included agriculture, oil and gas, tourism and customs affairs.

Vaezi, for his part, said Tehran expected to see an increase of 25 percent in its level of trade with Indonesia in 2017.

Accordingly, he emphasized, the value of trade between the two countries would reach above $1.2 billion.

The Iranian minister expressed hope that signing the related economic cooperation agreements particularly one that would involve the preferential tariffs would help enhance the level of trade between the two countries.