A Look at Iranian Newspaper Front Pages on February 25

Iran Front Page- The remarks made by Ayatollah Seyyed Ali Khamenei, the Leader of Iran’s Islamic Revolution, in a meeting with a number of poets were widely covered by Iranian newspapers. Ayatollah Khamenei’s comments about the West’s effort to change the lifestyle of non-Western countries were the top story in many front pages today.

Another top story was President Hassan Rouhani’s visit to Iran’s southwestern province Khuzestan and his promise to resolve the crisis-hit province’s problems.

Newspaper also covered the ongoing Environment Exhibition in Tehran and the remarks made by Iranian Foreign Minister Mohammad Javad Zarif at its opening ceremony about the incorrect policies of Middle Eastern countries that have led to current pollution crisis and water shortage. 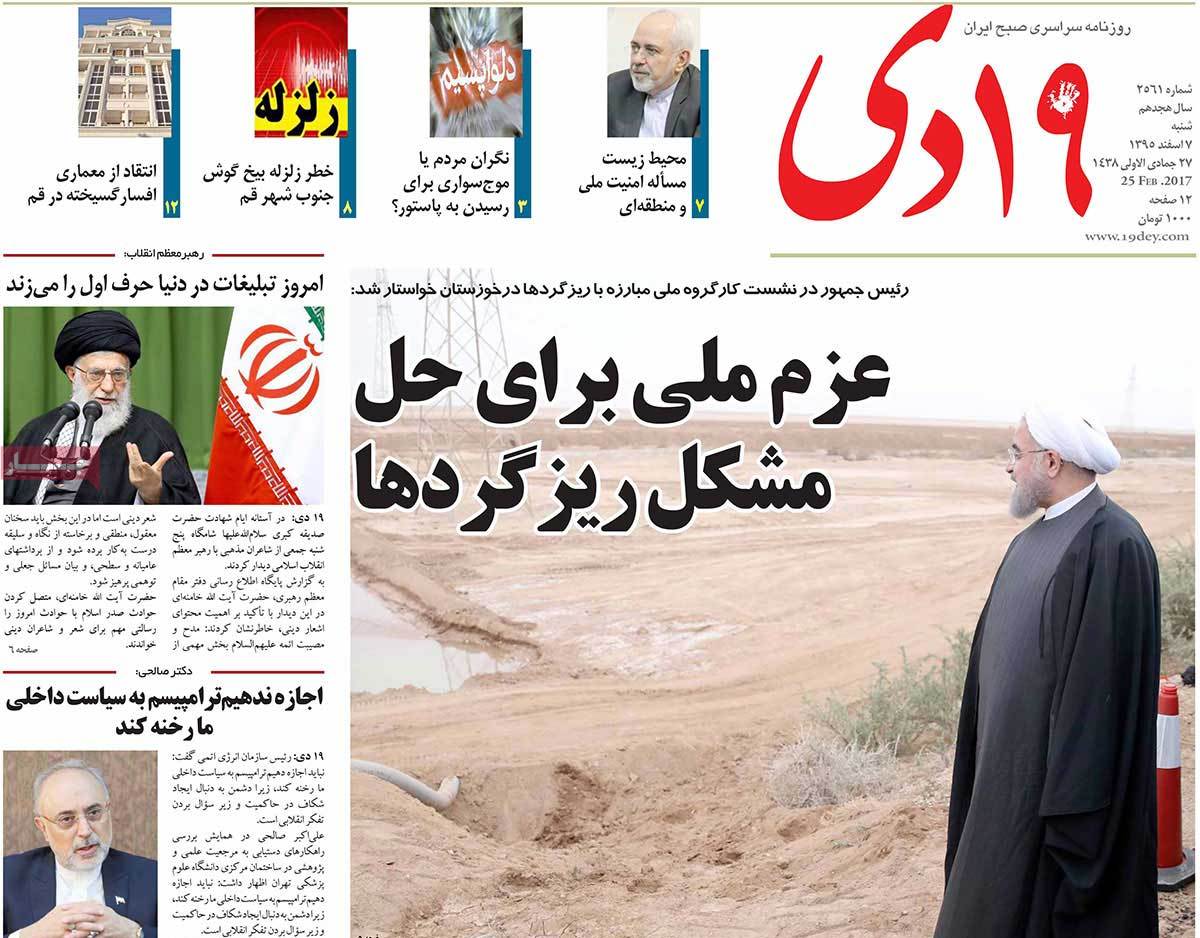 1- Ayatollah Khamenei: There Are Centres in West to Change Lifestyle in Iran 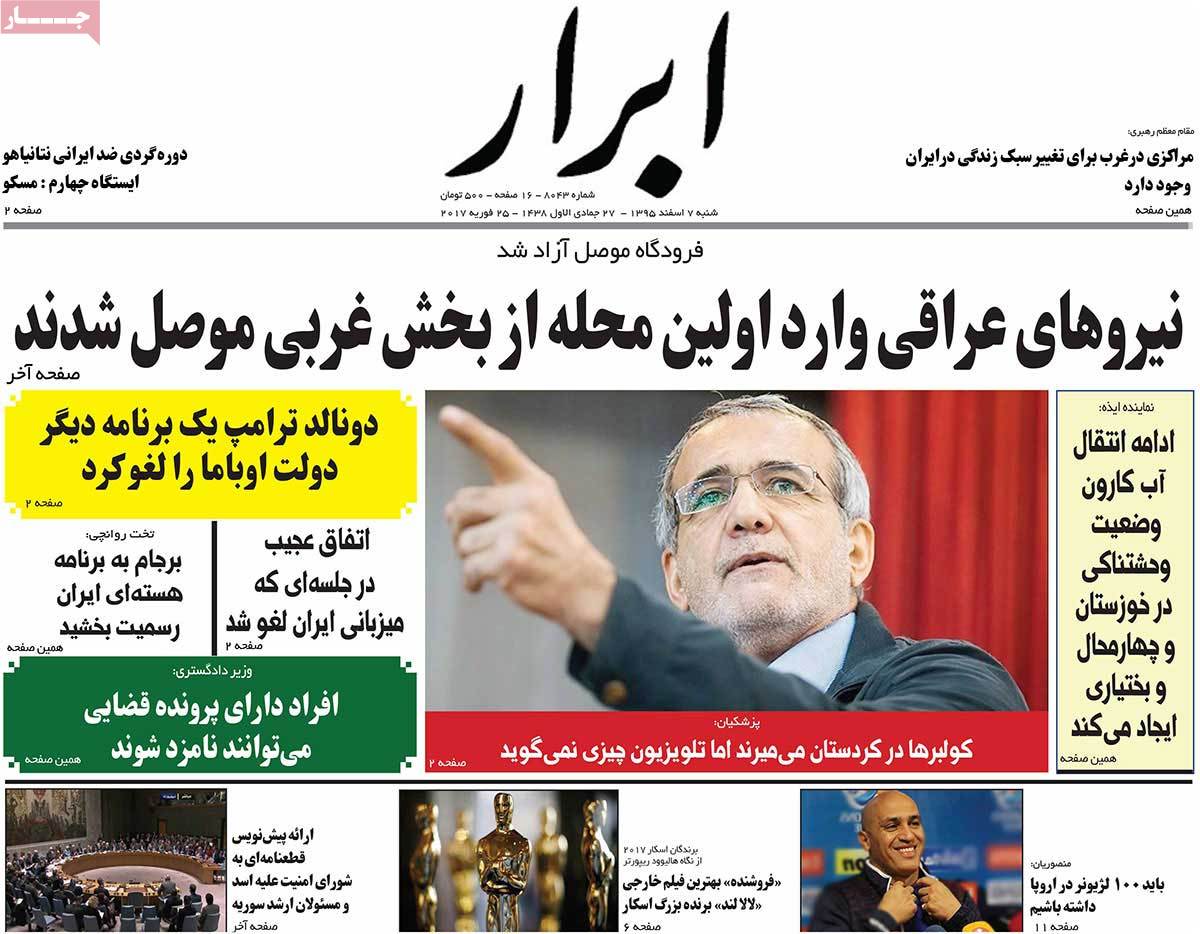 2- Goodbye to Oil-for-Goods Deals: No More Use of Barter System in Iran’s Oil Sale 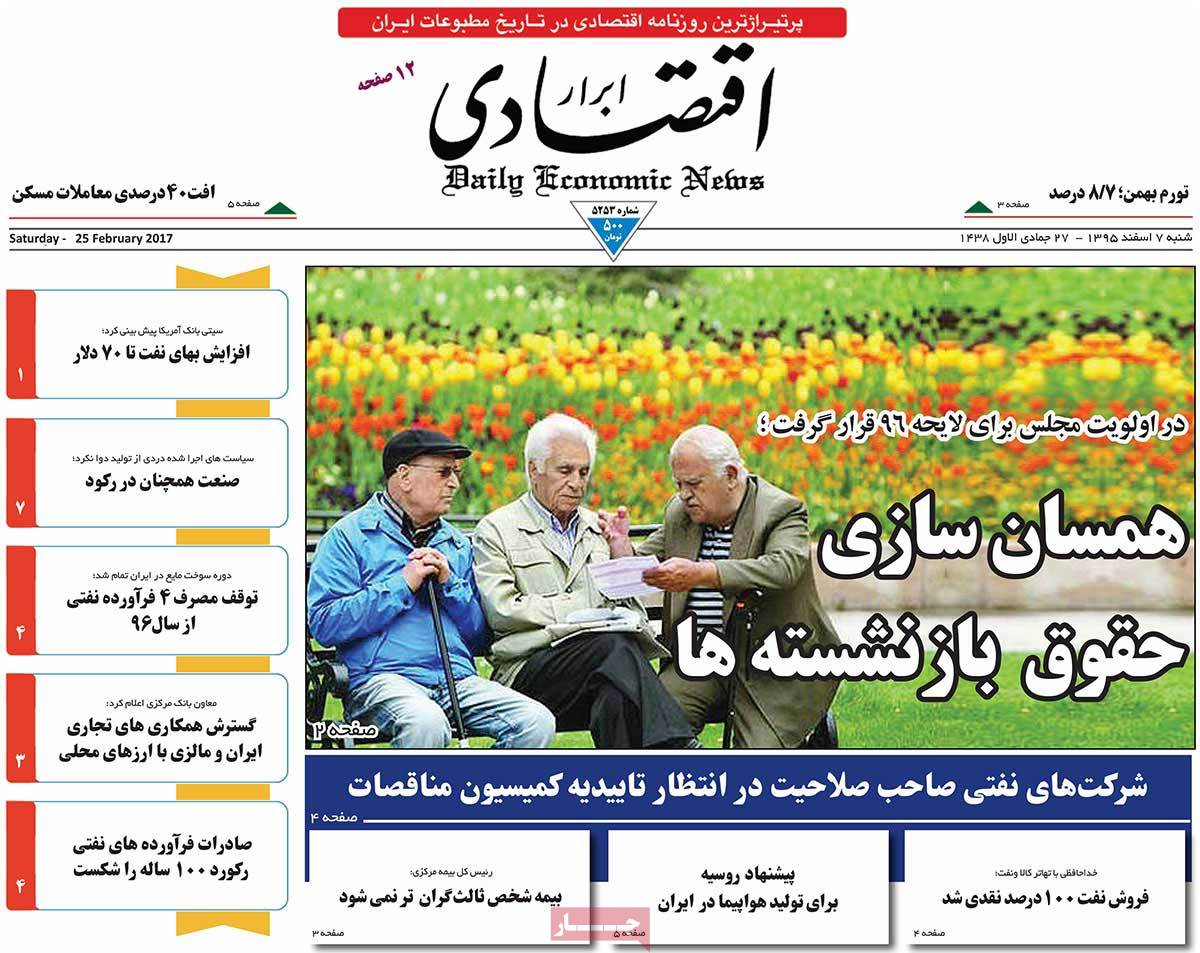 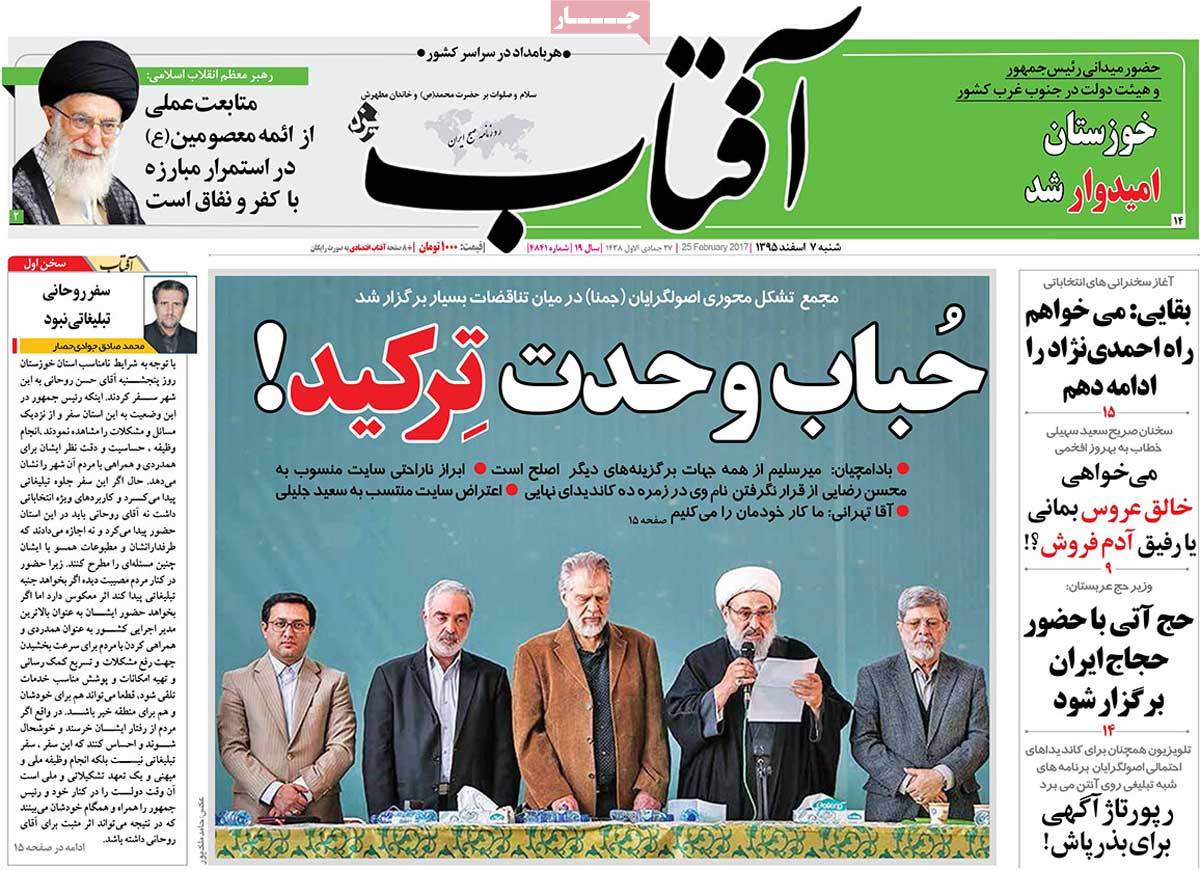 1- Sword Not Only Weapon Used in Struggles: Iran’s Leader highlights role of propaganda in today’s world 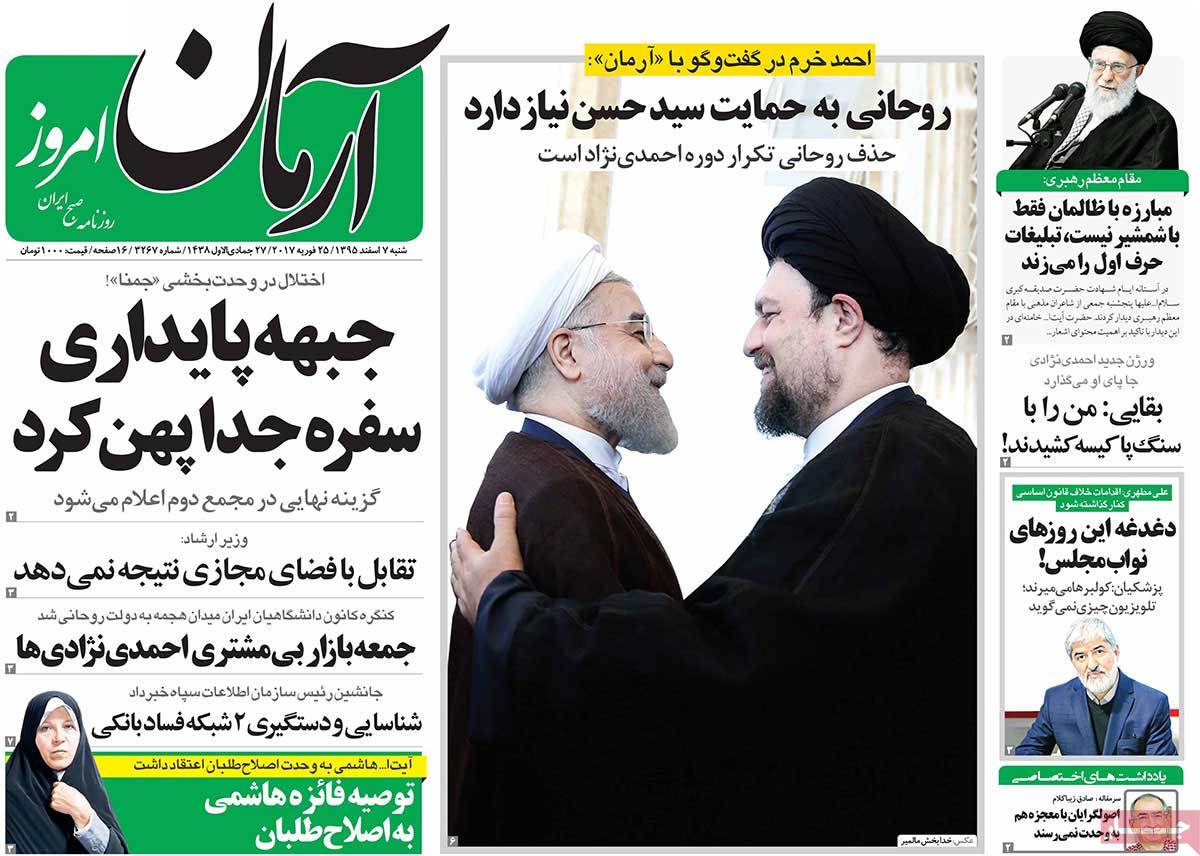 1- $324m Injected to Ahvaz’s Air: How Much Can AMAK Plan Help Khuzestan? 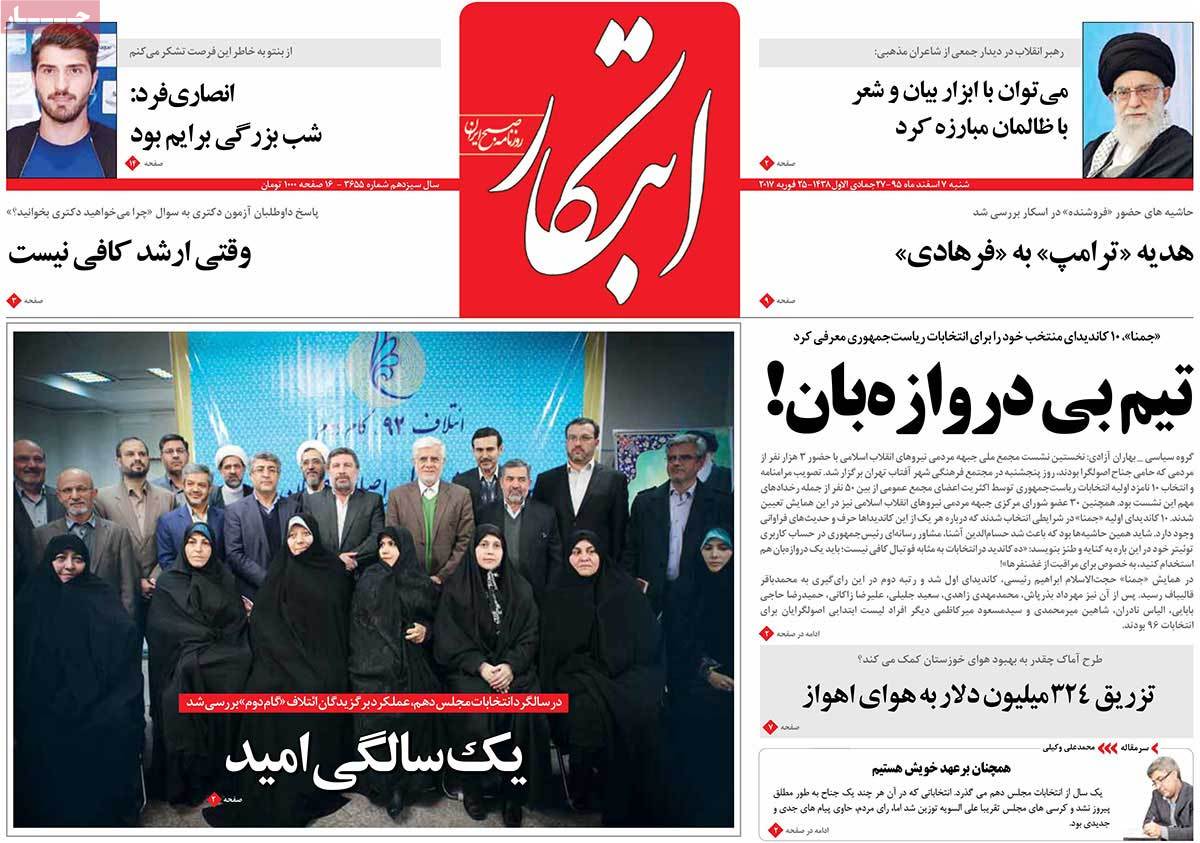 1- Living Where Oil Is Smelled: President vows to counter environmental problems in Khuzestan 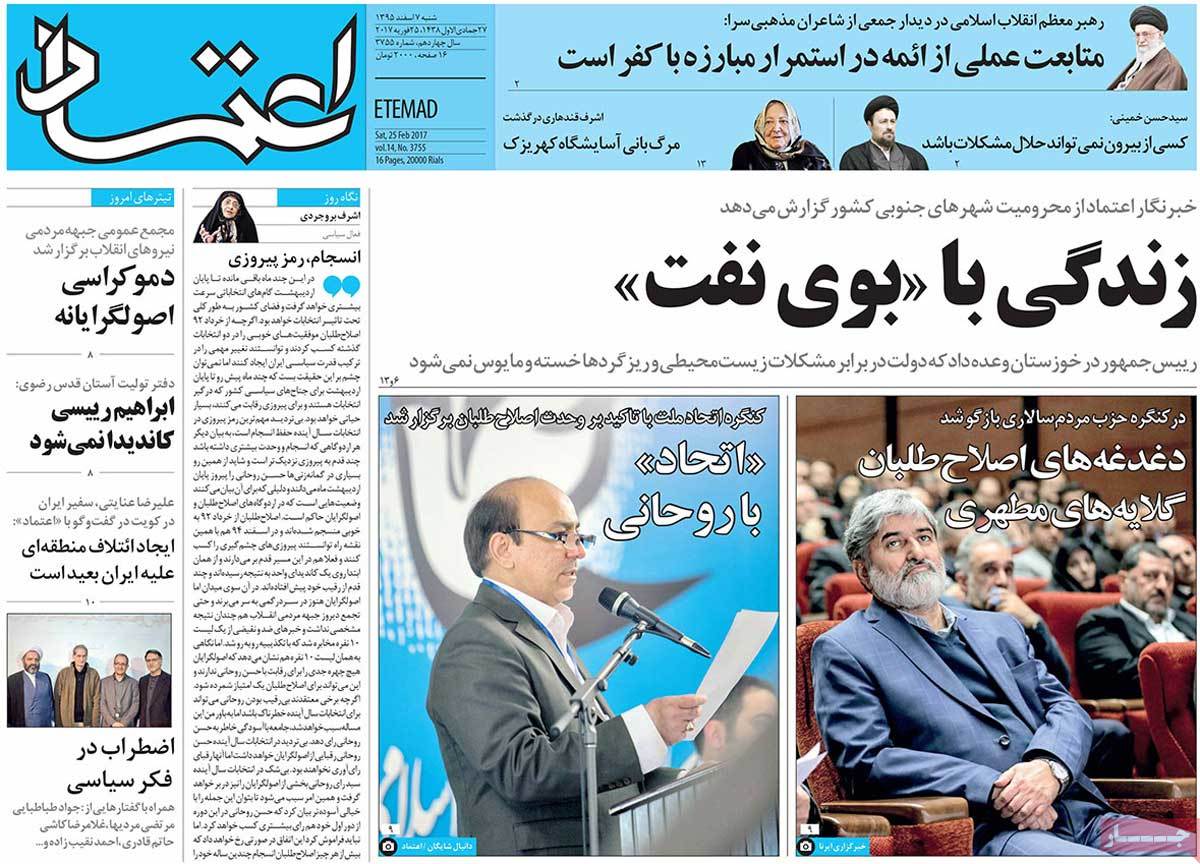 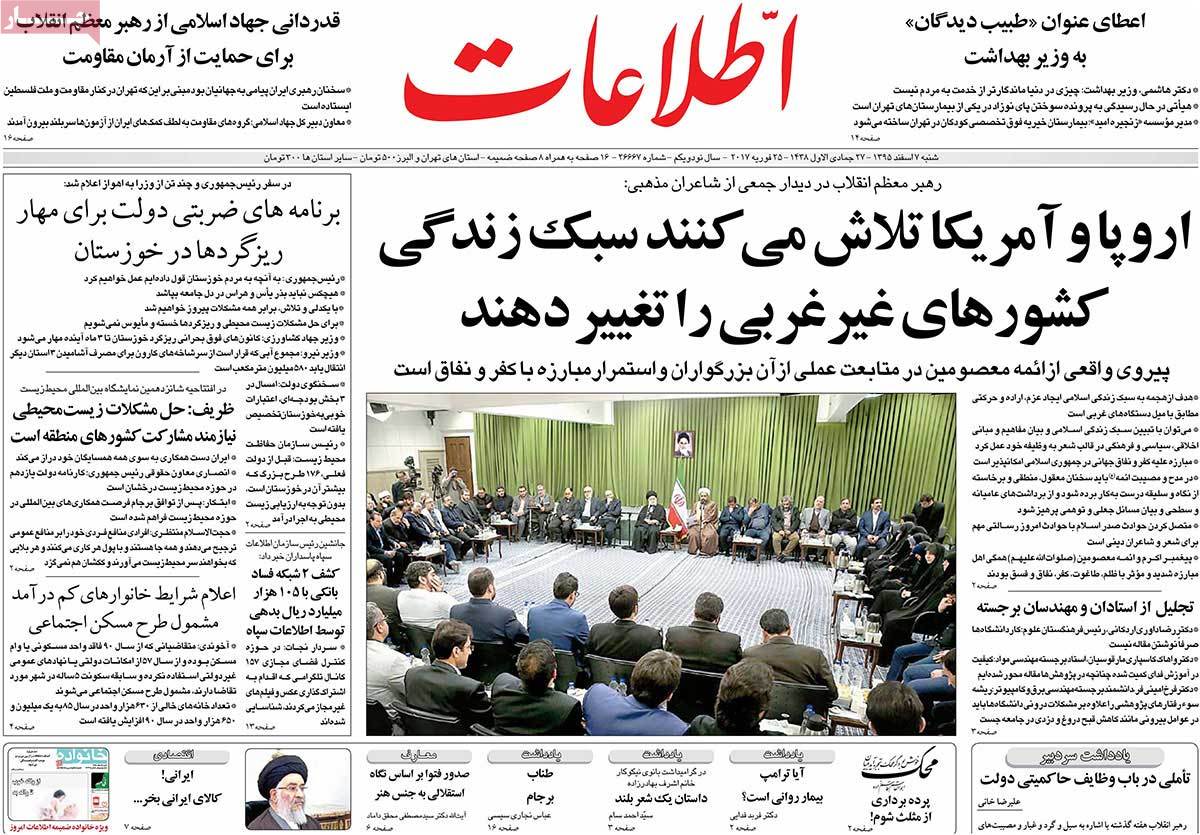 1- Hollywood-Style Robbery in Tehran: Armoured cash transport car carrying over $250,000 in cash was stolen in daylight 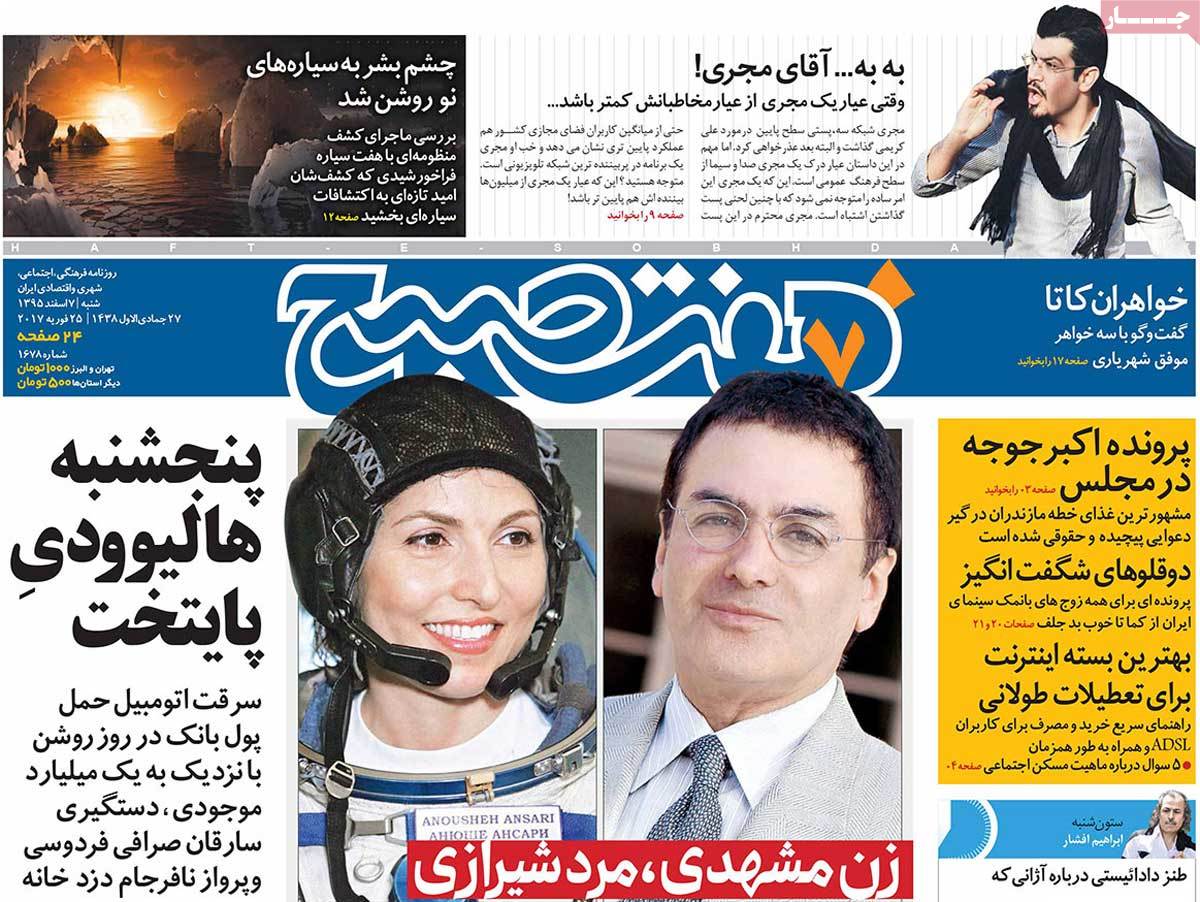 2- Seven Planets Similar to Earth Discovered by NASA: One of them might be warm enough to be liveable 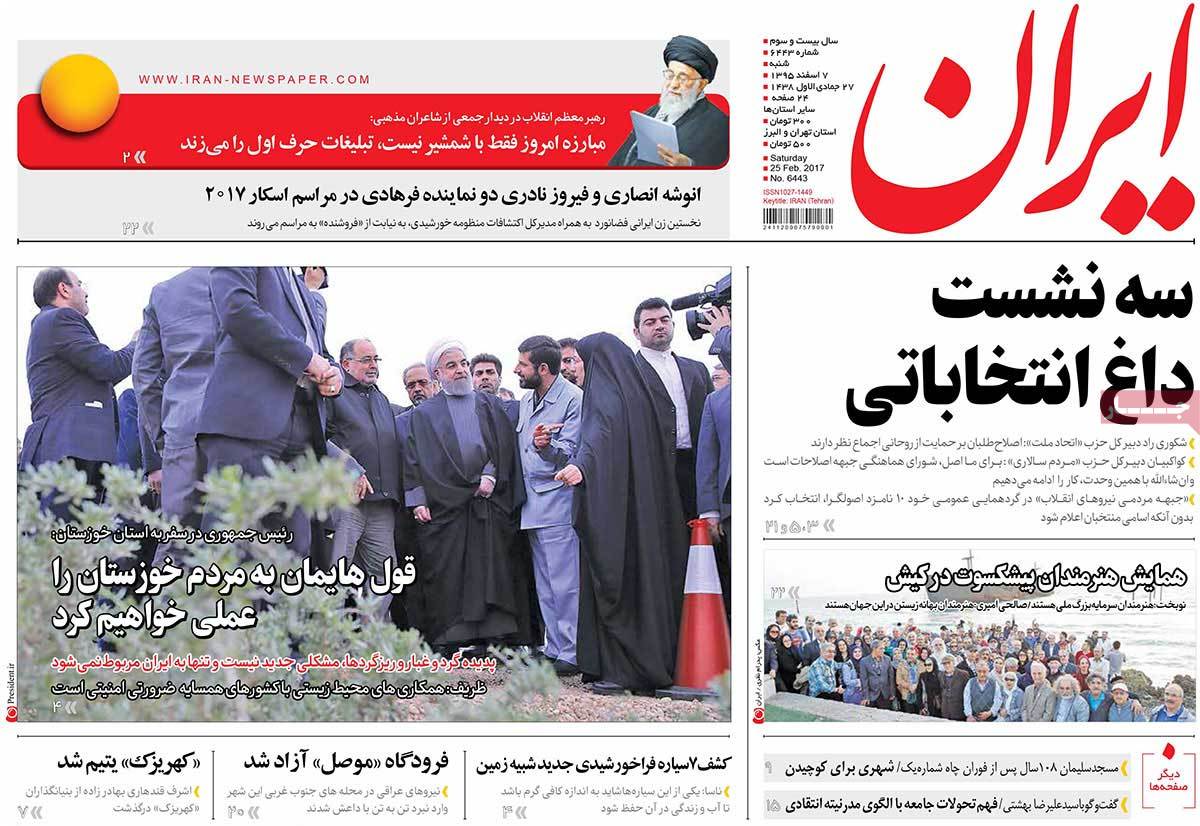 1- 82% Dissatisfaction with Shutdown of Aerospace Projects

2- One More Step towards Confrontation with Moscow 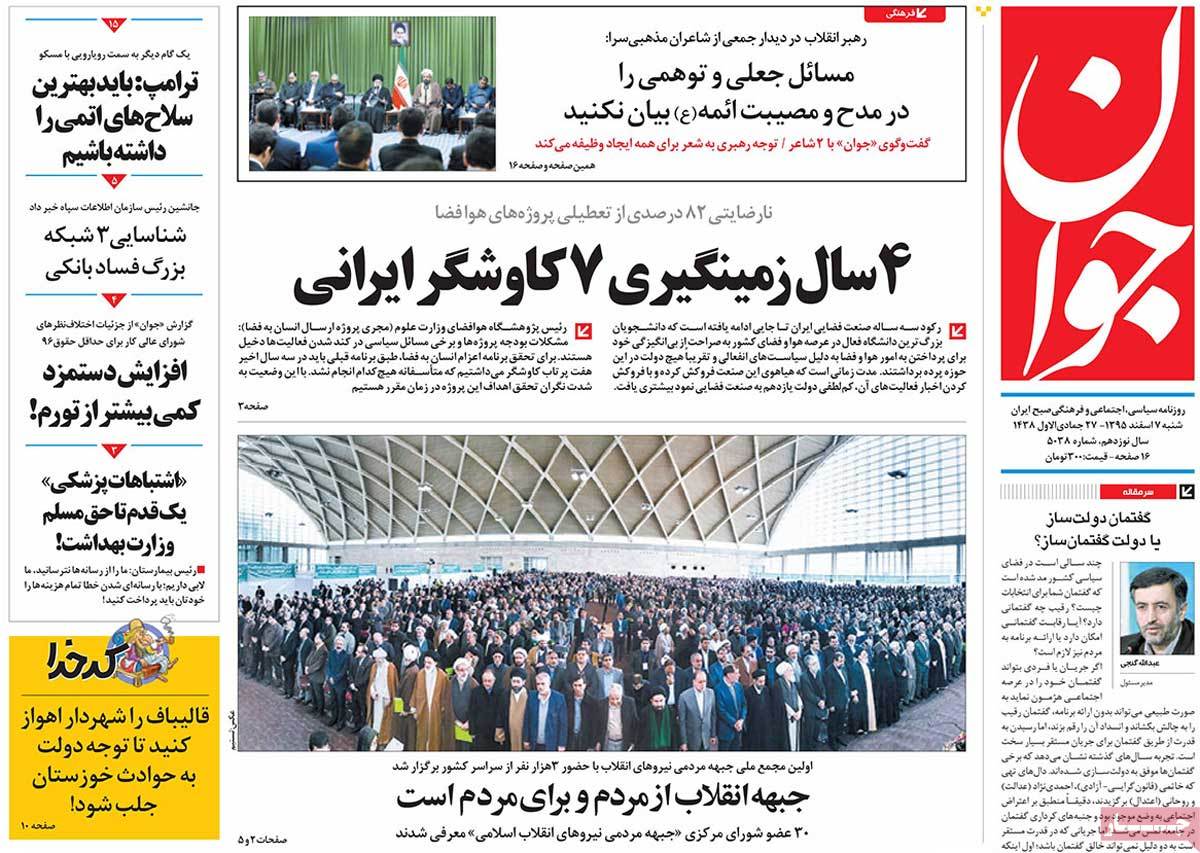 2- Deputy FM: In JCPOA, Some Parties Preferred Partisan Interests to National Ones 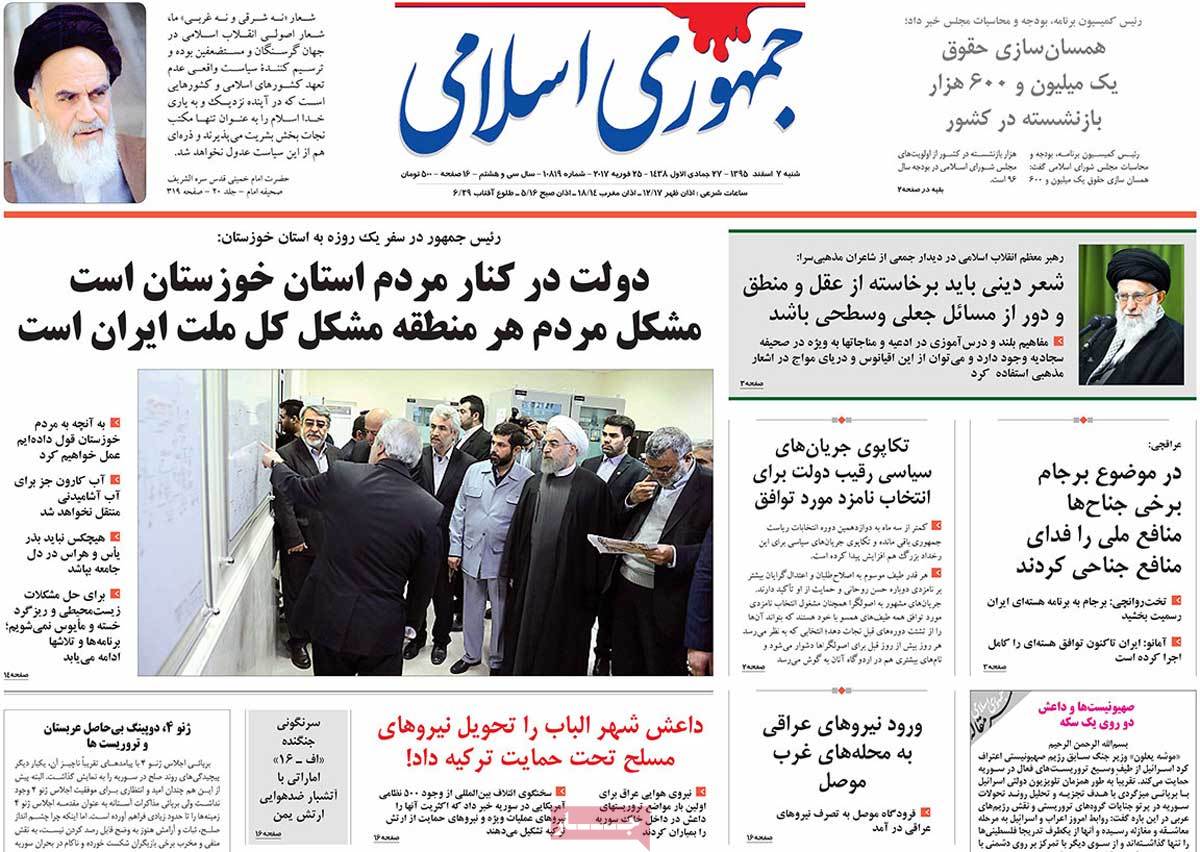 3- Amano: Iran’s Uranium Reserves Much Lower than What Agreed 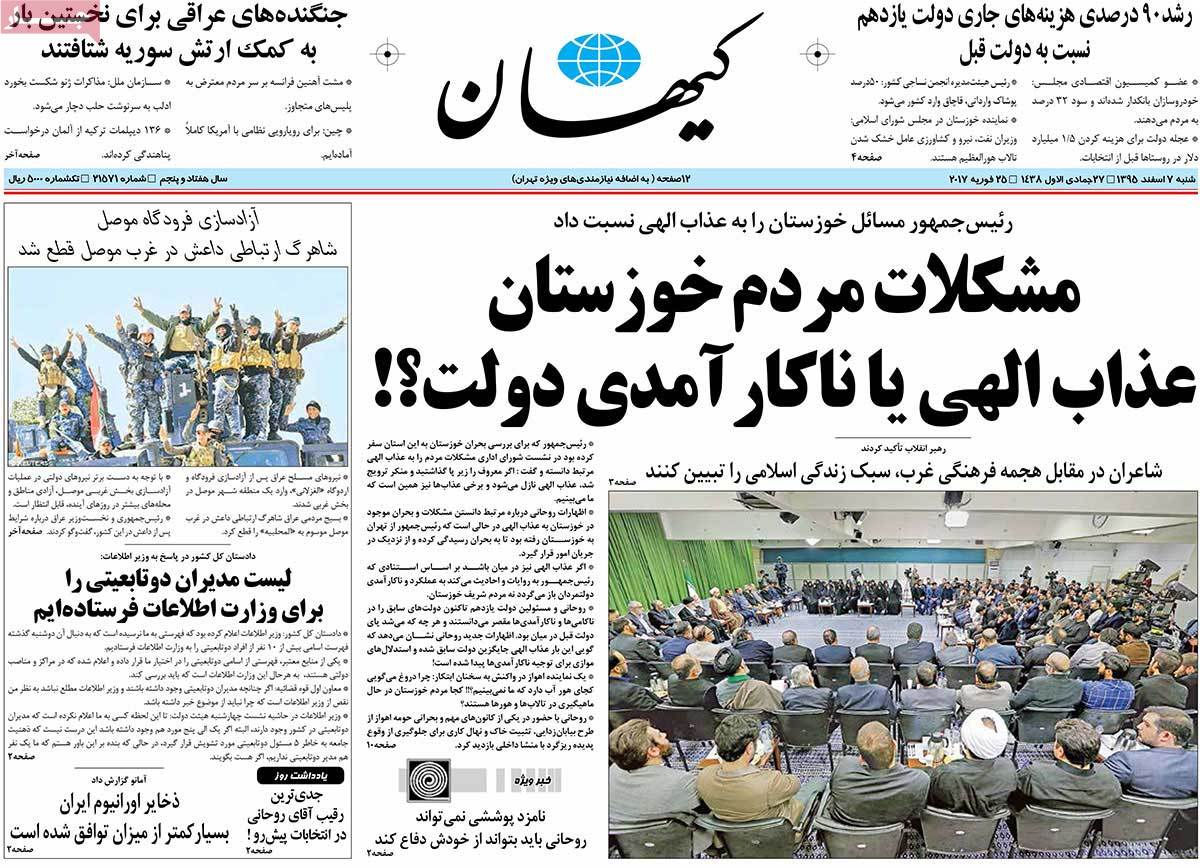 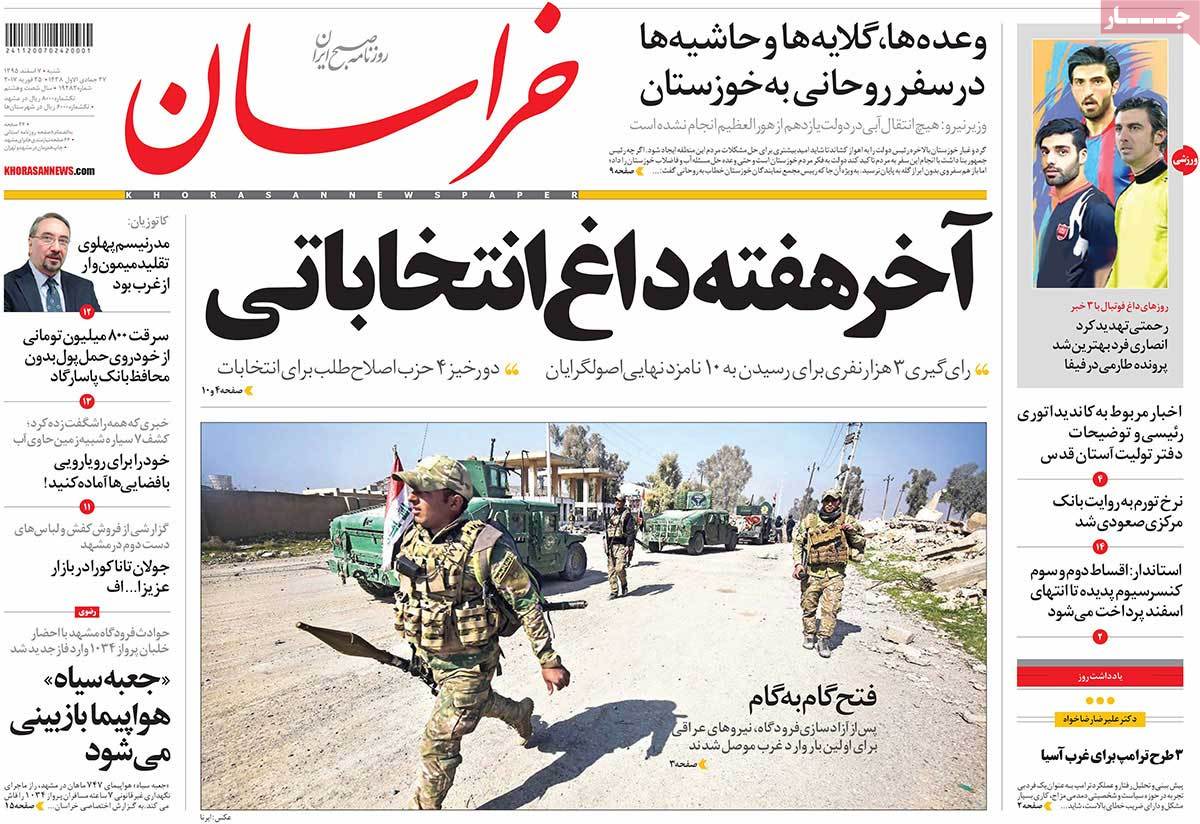 1- World to Get Thirsty: A Report on Global Water Crisis

2- Zarif: Security Means Nothing without Water 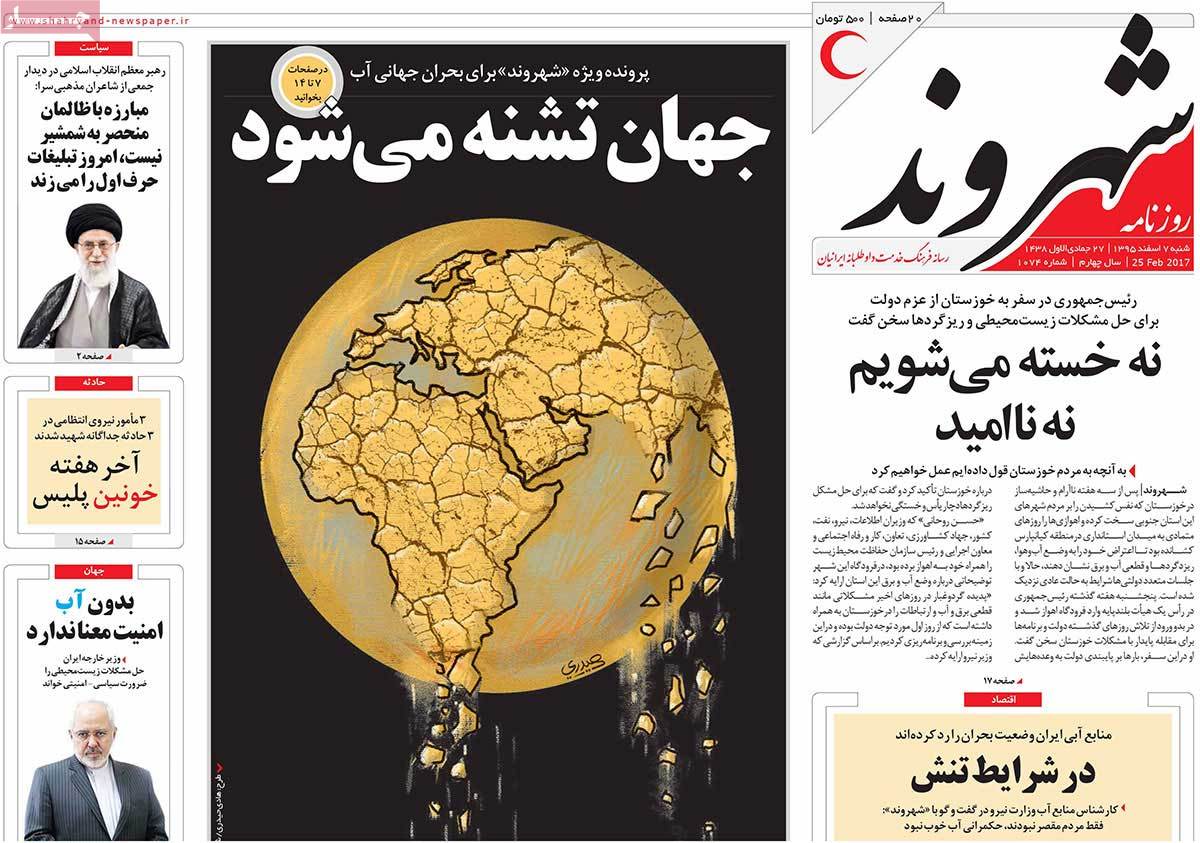 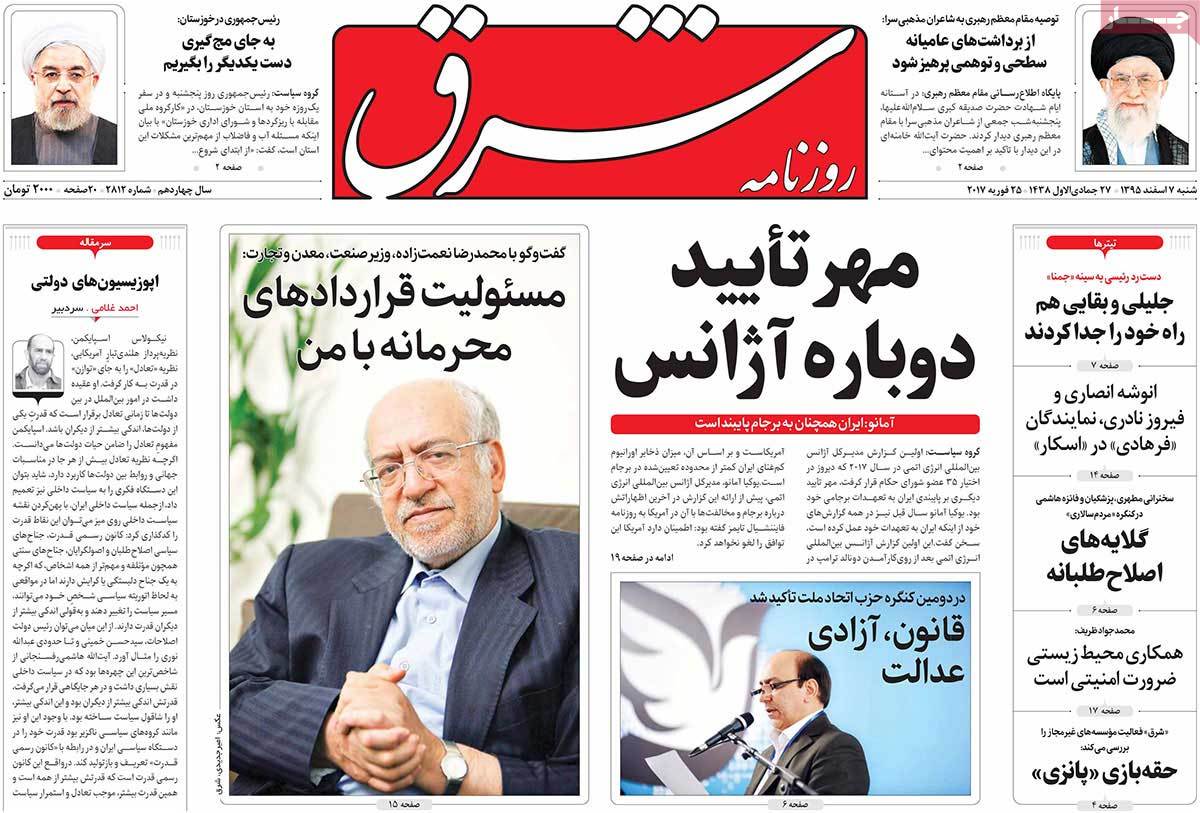 3- We Just Have One Earth Planet 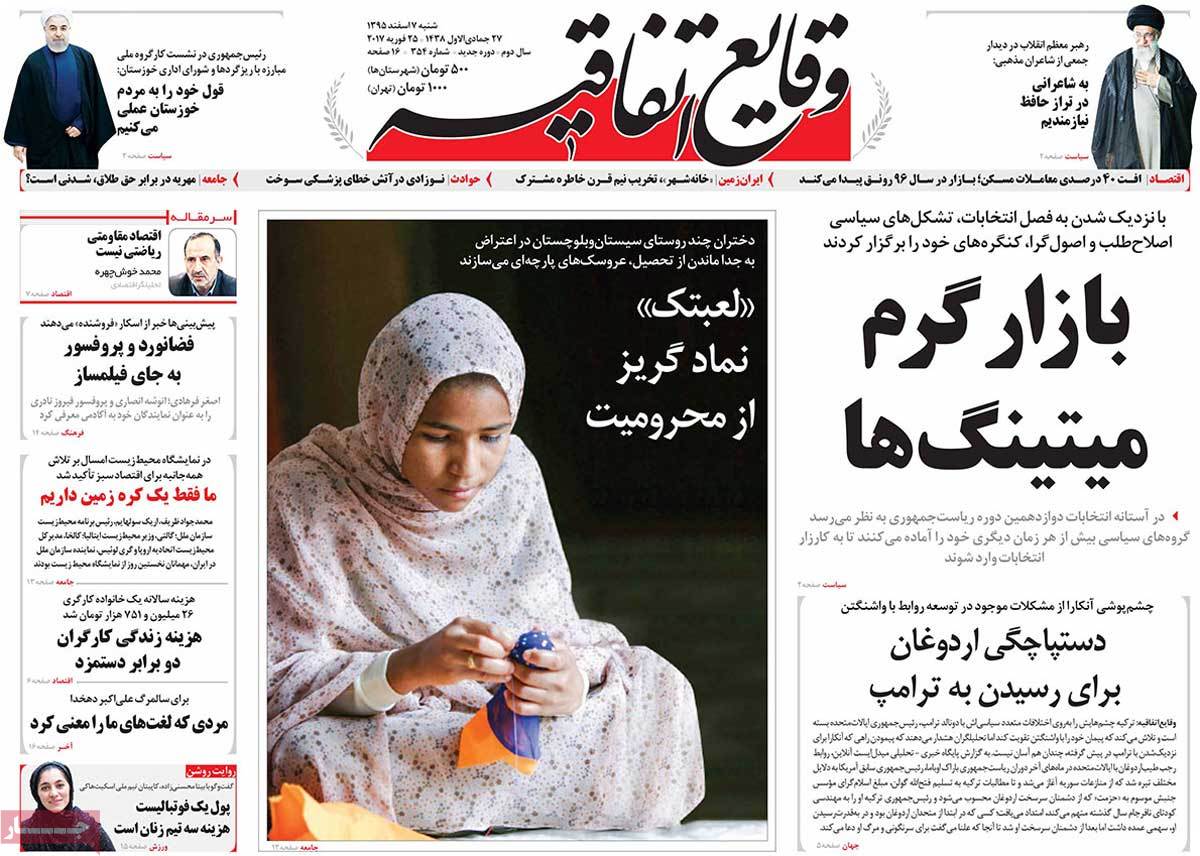