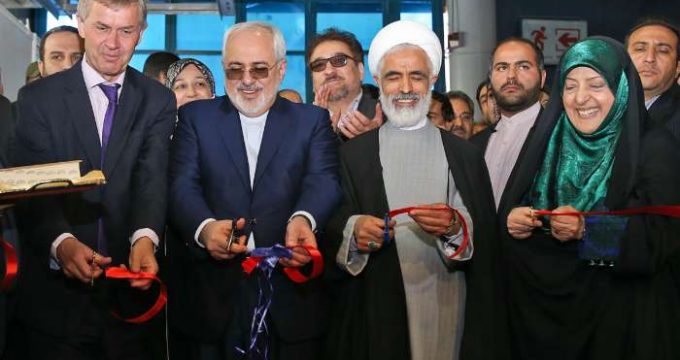 IRNA — Vice-President and Head of the Department of Environment Masoumeh Ebtekar said here on Friday that Iran nuclear deal has paved the ground for the expansion of environmental cooperation between Iran and the international community.

Ebtekar, made the remarks in the inauguration ceremony of the 16th Iran International Environment Exhibition in Tehran.

She also described the historical deal also known as Joint Comprehensive Plan of Action (JCPOA) is a proper opportunity for exchanging information’s with other countries in environmental arenas.

Ebtekar underlined that the environmental issues could not only be settled at the national or regional levels and are in dire need of global will.

In view of the problems that are prevalent in the field of dust particles over past years in some provinces, she underscored the JCPOA has created a proper opportunity for settling this dilemma.

The 16th Iran International Environment Exhibition (24-27 February) kicked off in Tehran on Friday with the attendance of Iranian Foreign Minister Mohammad Javad Zarif.

A number of high-ranking official, including Ebtekar, as well as Vice president for Legal Affairs Majid Ansari attended the event.

“Green Economy, Resistance Economy” is the motto of the this year’s exhibition.